Jan 21 2021
By Valentin Khorounzhiy and Matt Beer
No Comments

The Race of Champions will make its return at the start of 2022 with its first-ever event on snow and ice.

The head-to-head racing event attracting stars from different disciplines has been a staple of the motorsport calendar since its inception in 1988, but has not been held in real life since the Mexico-based edition in early 2019.

The Race of Champions put on a fully-online replacement event during the boom of the COVID-19 pandemic last year, and will now introduce ‘ROC Snow & Ice’, to be held in Sweden’s Pite Havsbad on the frozen Baltic Sea.

This, the organisers say, will allow for a “longer, wider and more spectacular track” compared to its usual stadium-based venues.

“The event will be unlike anything we are used to seeing and be one of the ultimate tests of a driver’s car control,” said ROC president Fredrik Johnson.

ROC Snow & Ice will feature “some of the most exciting electric racecars” and aims for its very first edition to be fully carbon-neutral. 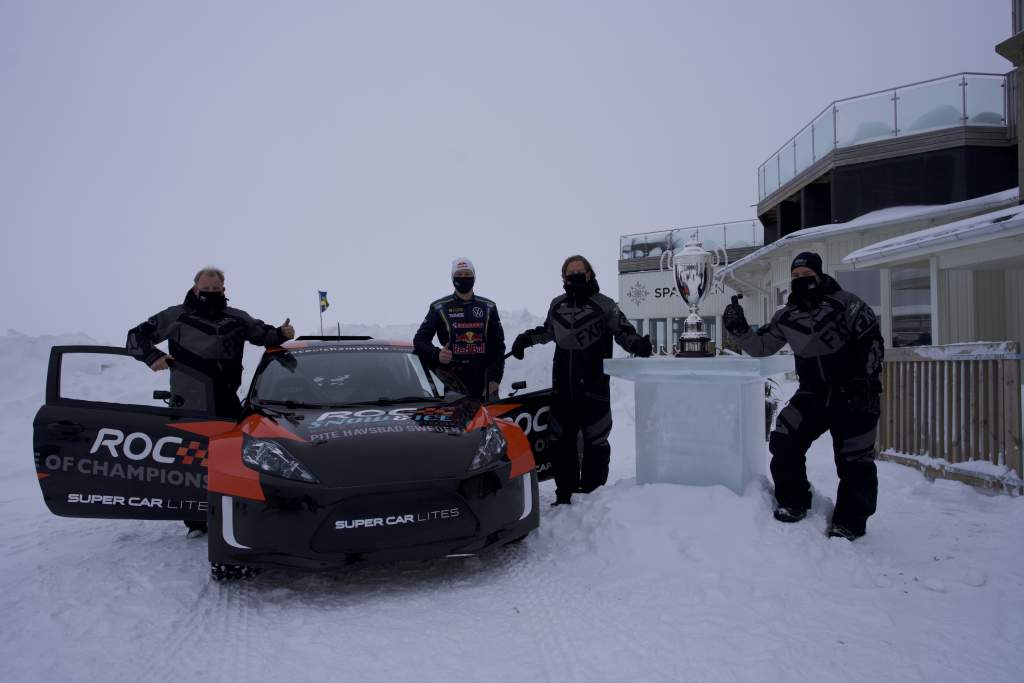 The organisers have indicated there is a long-term agreement for it to become an annual event in Pite Havsbad.

While no announcements have been made as to the identity of the drivers who will be participating, three-time World Rallycross champion Johan Kristoffersson appears a shoo-in for the roster, having already trialled the specially-designed track. 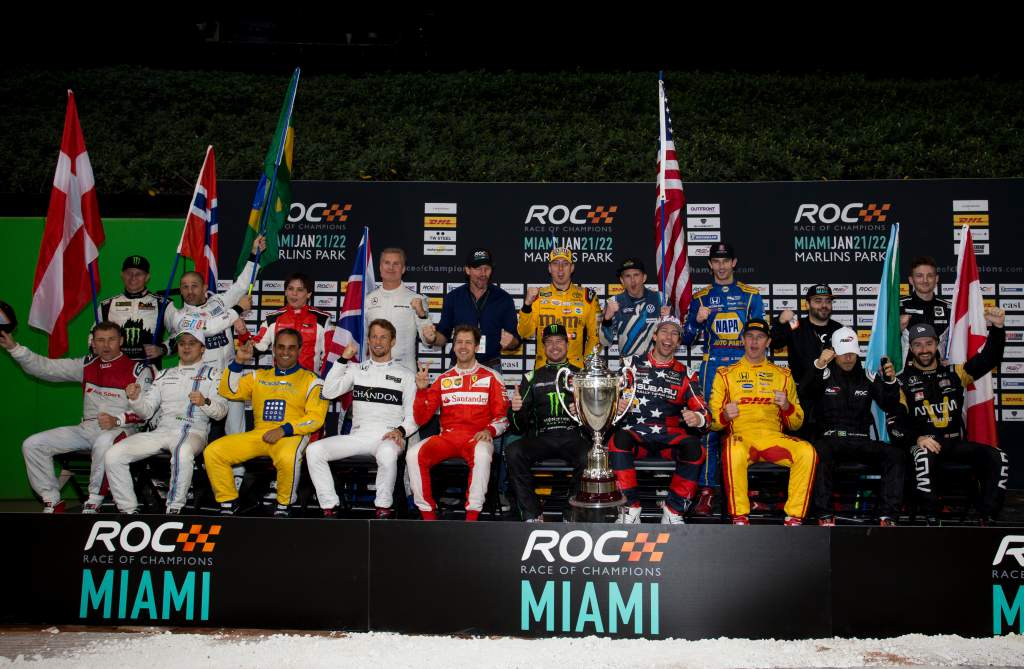 Though the Race of Champions title also has a history with non-championship Formula 1 races, this incarnation has its roots in a head-to-head rallying-based competition that was first held in 1988.

Over subsequent decades the event – created by former World Rally frontrunner Michele Mouton and promoter Johnsson – edged away from its focus on rally champions to specialise in bringing together drivers from across all motorsport disciplines.

After a long stint using a Gran Canaria gravel course, it became a stadium-based event in 2004 and has followed broadly the same format ever since. 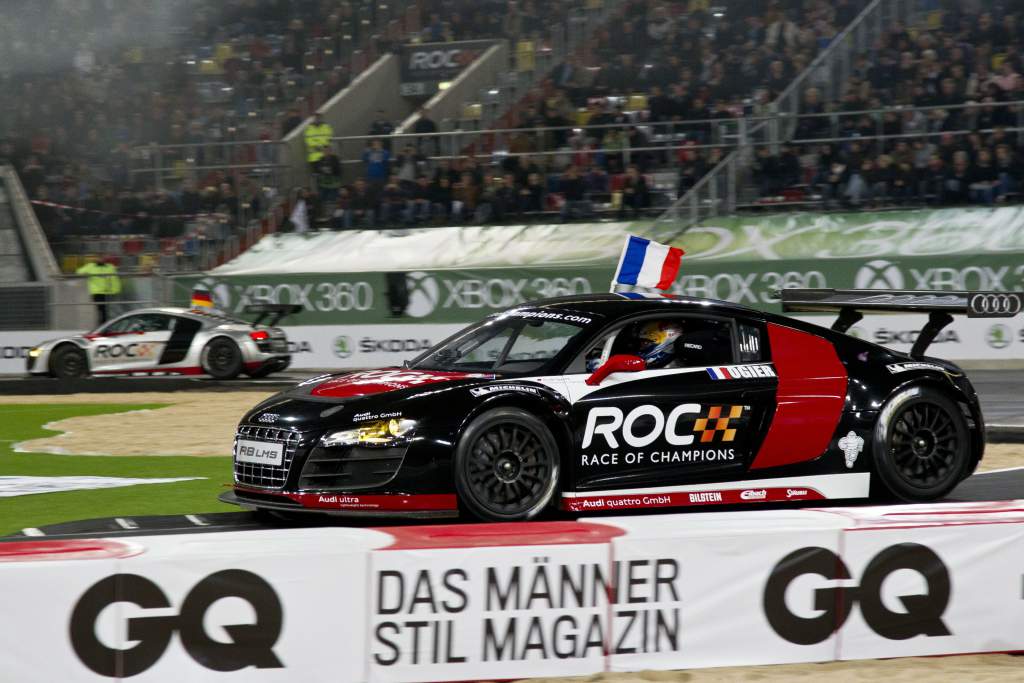 Drivers go head to head around an asphalt course (usually indoors) in a variety of machines in a pursuit format with the fastest time winning, working through a format of heats to a grand final, with some of the races to a best-of-three format.

The first day is traditionally the ‘Nations Cup’, when pairs of drivers compete on behalf of countries, before an individual contest for the outright Race of Champions title the next day.

Michael Schumacher and Sebastian Vettel famously teamed up to give Germany six straight wins in the Nations Cup from 2007-12, with Vettel also winning the main event in 2015. Romain Grosjean is the only other driver to have done so during an active F1 career (although he was between his two F1 stints at the time), though the retired David Coulthard won it in 2018 and Juan Pablo Montoya did so the year before while in his second IndyCar stint.

Drivers with rally backgrounds still dominate the outright stats, with Sebastien Loeb and Sebastien Ogier among the victors. Mattias Ekstrom won it twice while in the DTM, before his later World Rallycross title triumph.

There have also been some shock leftfield winners, including Heikki Kovalainen in 2004 when he was a 23-year-old World Series by Nissan champion and Production WRC regular Benito Guerra in the last ROC back in 2019.

Where ROC can fit in the 2022 motorsport scene 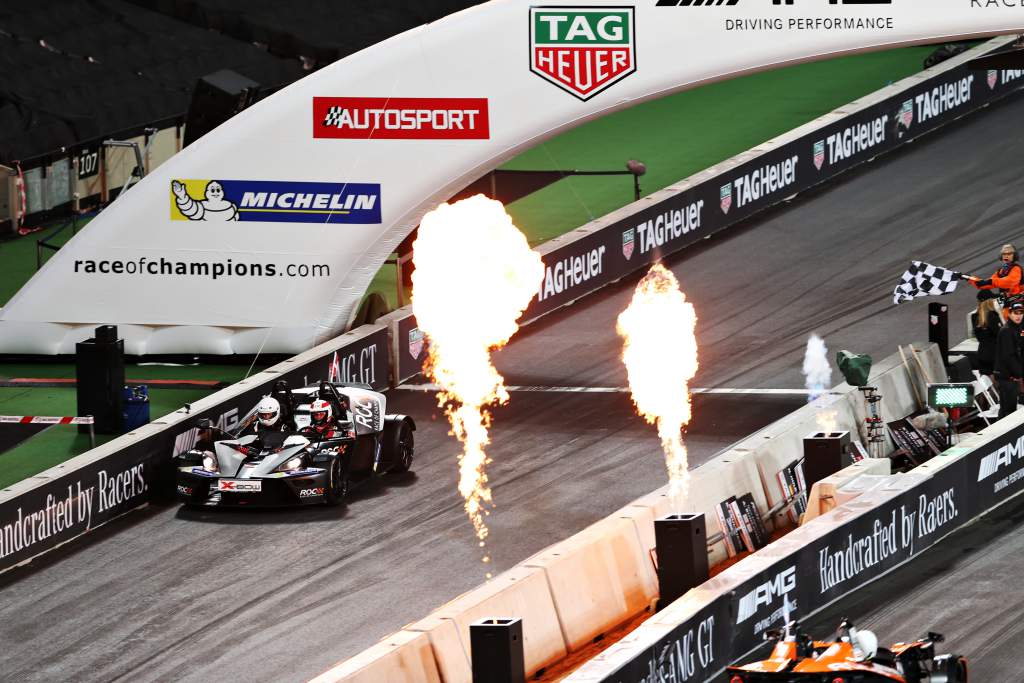 Some of the ROC’s ‘drivers you never see competing against each other’ lustre has been stolen by the esports boom, as that enabled a glorious array of racers from different disciplines to challenge each other in cars and on tracks that would be unimaginable in real life.

But that’s restricted slightly by having to rely on a pool of drivers with decent sim set-ups, and of course it’s a very different spectacle to real-life racing. The ROC may be sanitised motorsport to a degree given its just-for-fun, relatively low-speed nature, but it’s not risk-free – as Pascal Wehrlein’s absence from the start of the 2017 F1 season due to an injury from a ROC crash proved.

Watching various editions of the ROC has been a mixed experience, with the excitement over the promise a line-up holds sometimes dissipating as the often very dragged-out format progresses. 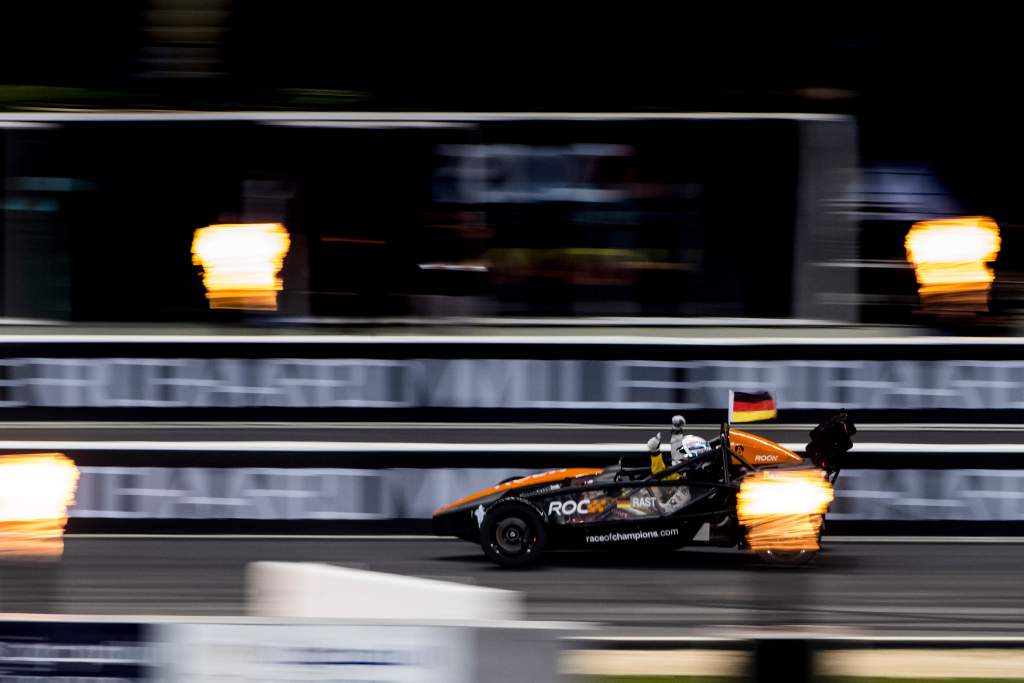 There have been years when the pool of drivers who can be enticed to participate began to feel samey too. Will the increase in off-season esports racing among pro drivers make the ROC organisers’ job harder too?

And will the switch to snow and ice take its entry back towards its rally roots? It instantly gives those with some competitive history on that surface an advantage.

Still for every moment of thinking ‘gosh, is this not the semi finals yet?’ or ‘oh, him again’ I’ve had while watching a ROC broadcast, I’m still really happy this event exists.

It creates moments of gold, the camaraderie between competitors you would never expect to be sharing a paddock can be lovely and sustaining it over such a long history and with so many illustrious names among its winners and participants is a massive achievement by its creators. It certainly has its place in a motorsport scene that has changed hugely during the ROC’s existence.

Does it need to be less fun? 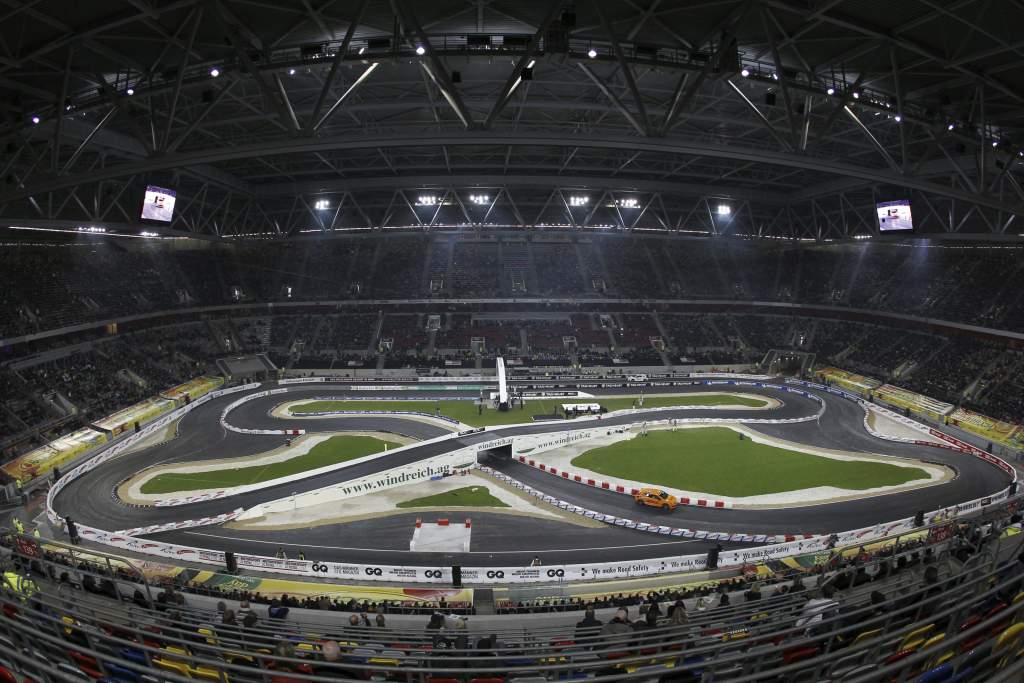 The ROC is a total blast of an idea, both in terms of format and in terms of the driver roster it is reliably able to attract. As a tool for livening up the motorsport off-season, it has always been a no-brainer.

I appreciate that the relaxed, end-of-year party atmosphere is part of the appeal, both for the attending public and especially for the stars. But as their competitive spirit still comes through it would be potentially worthwhile to make the events’ heats and formats more rigid, rethink the mechanisms behind which cars are assigned for which heat (which sometimes very much determines the outcome) and make it so that the winner feels just that little bit less random and more like the actual driver who did the actual best job.

It’ll never be Formula 1 or the motorsport Olympics – it absolutely doesn’t have to be – but it doesn’t need to be the equivalent of an all-star game in an American sport either.

Drivers should want to have fun – but they should also feel desperate to win it.