To fans of a certain age, it might seem bizarre that people who follow motorsport wouldn’t know what Prodrive is.

Especially when Prodrive has won the World Rally Championship, played a big part in a run to second in the Formula 1 constructors’ standings and fielded cars in the British Touring Car Championship, V8 Supercars, the Le Mans 24 Hours and other top-level sportscar racing, and built a World Rallycross contender too. 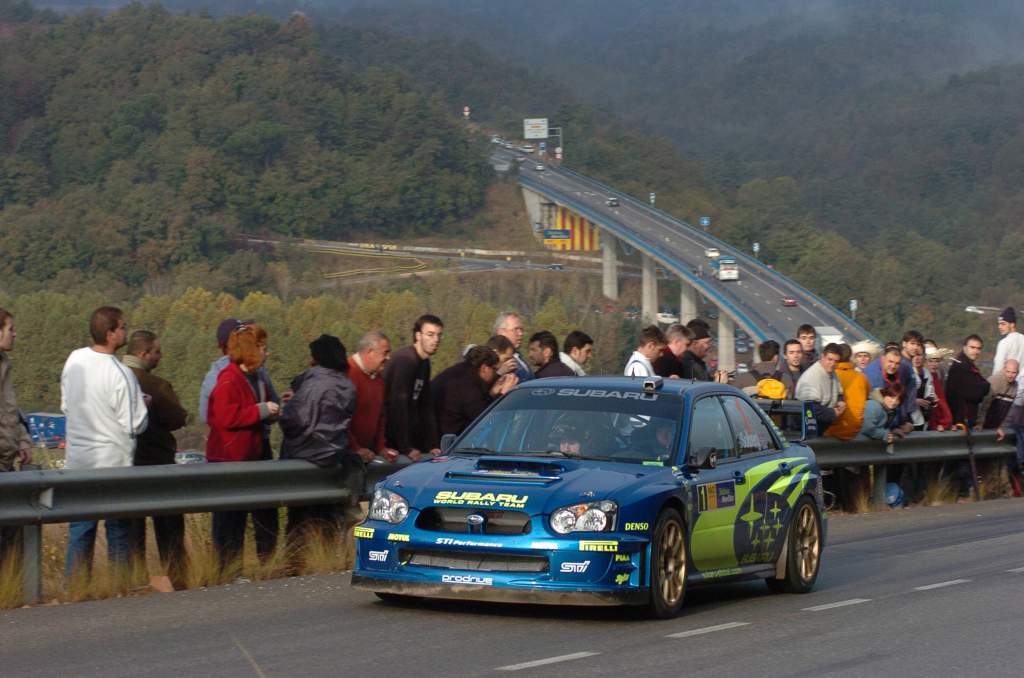 That’s not even counting its now incredible and vast achievements outside the racing sphere.

But there’s no doubt that in the 2010s, Prodrive’s motorsport profile had dimmed.

That changed dramatically when it launched a Dakar Rally venture for 2021 with an all-singing, all-dancing four-wheel-drive beast – which it named the Hunter BRX1 – for the 3000-mile marathon event’s top class, substantial Bahrain backing and a driver pairing headlined by rallying legend Sebastien Loeb. 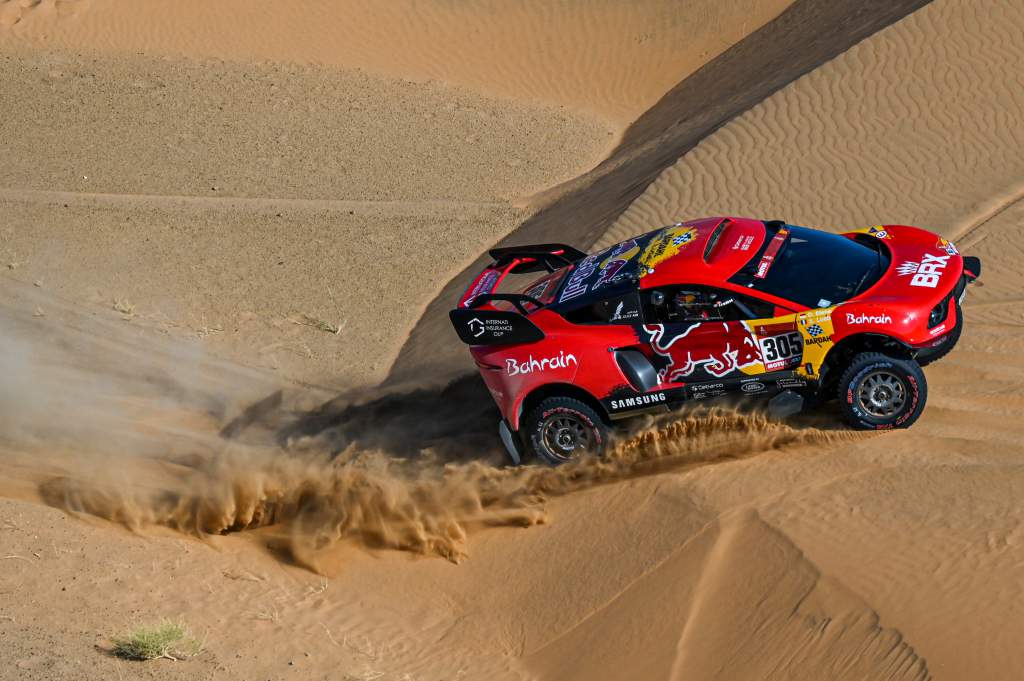 On paper, Dakar 2021 was not a success for Prodrive’s Bahrain Raid Xtreme project. Loeb retired after a shocking number of punctures followed by suspension damage, and his team-mate Nani Roma was fifth but over three hours behind winner Stephane Peterhansel’s Mini.

But while it’s not exactly the dream debut Prodrive might’ve hoped for, it has put all the building blocks in place to give this sleeping motorsport giant a new lease of life.

In recent years its main motorsport role – while applying a large amount of focus on its non-racing projects – has been building the Aston Martin GT cars for the World Endurance Championship, and it also created the Renault Megane World RX challenger for the GCK team. 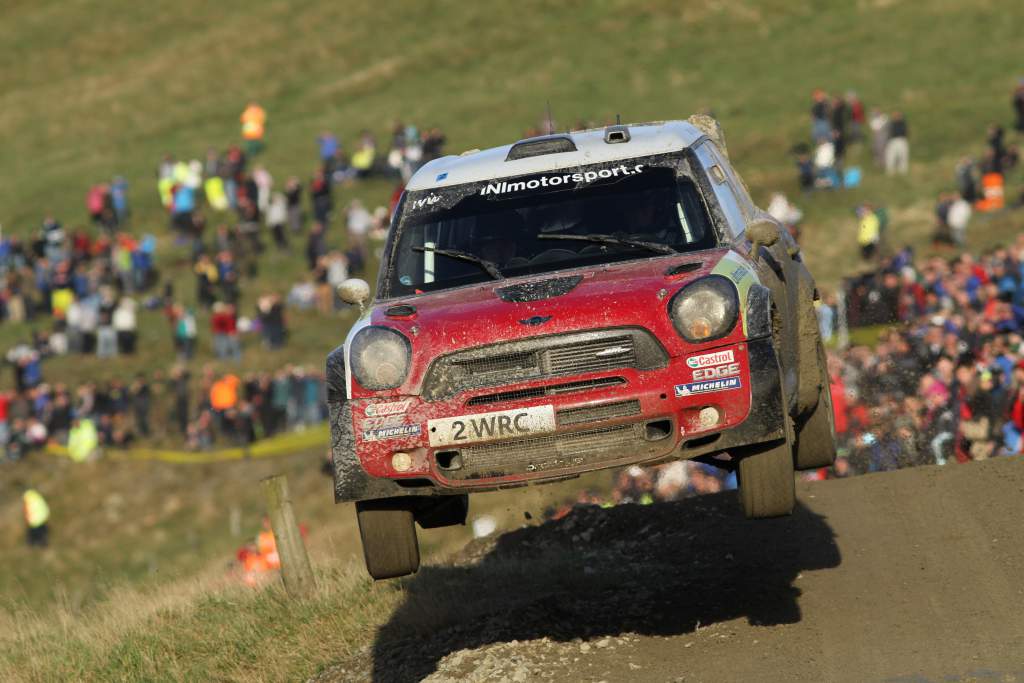 Its last stage rallying appearance was a real disappointment. The team that had conquered the WRC world with Subaru returned with Mini, but had to pull the plug on the programme due to a lack of funding before it had chance to develop the Countryman WRC into a proper contender.

So a sour exit from the WRC at the start of the decade and years in the shadows where most apportioned credit for any GT success to Aston Martin rather than Prodrive, has left the juggernaut somewhat under the radar, despite its constant success, refinement and development in other areas.

But the Dakar project has given the personnel at Prodrive, many of whom have been there from the company’s inception in 1984 or from the start of the Subaru programme, a new lease of motorsport life.

That’s probably a reflection of the team’s leader, David Richards. The 1981 WRC-winning co-driver alongside Ari Vatanen, Richards is ambitious and visionary – as you’d expect for someone who led Subaru to that WRC success, had two stints as an F1 team boss (with Benetton and BAR, and multiple attempts to bring Prodrive into F1 in its own right) and is now Motorsport UK chairman.

The Prodrive base in Banbury is one of the cleanest spaces I have ever seen, and all the cars outside are required to reverse park. It’s not just about aesthetics, it’s about instilling a culture in the personnel from the minute they arrive on the property and park their cars.

Richards personally initiated talks for the five-year Bahrain Dakar deal and arranged it at the nation’s F1 grand prix at Sakhir. Despite all his other commitments, he was present throughout the 2021 rally. 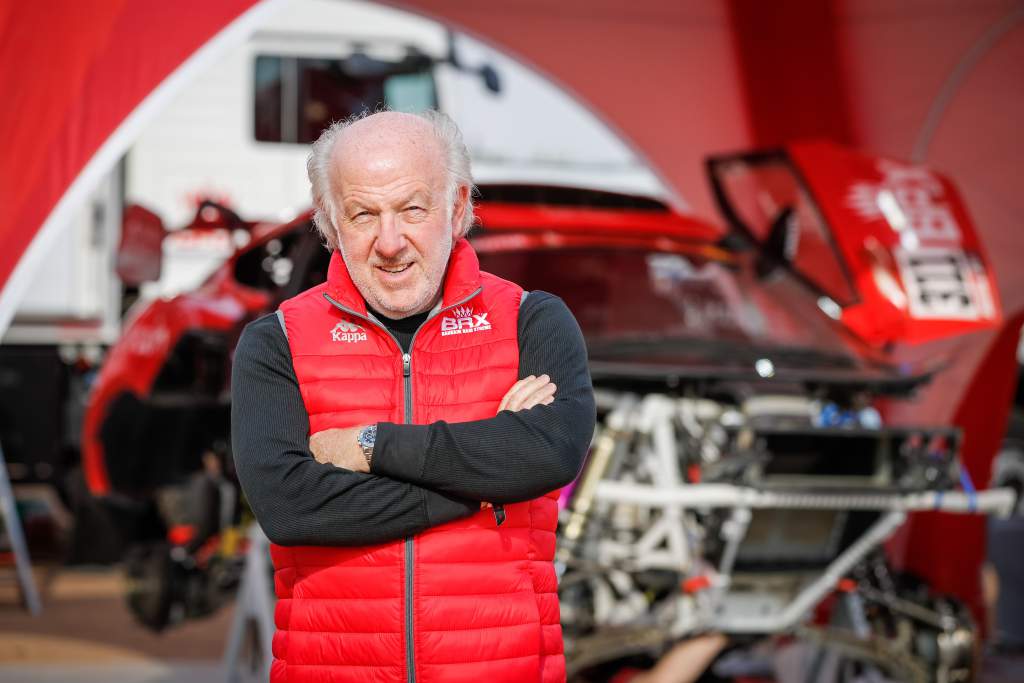 Long before the BRX programme had even been discussed, Richards made clear in a 2018 Autocar interview that Dakar was Prodrive’s big outstanding ambition.

“I’ve never done Dakar, and have clear ideas on how to do it with the right opportunity,” he said.

“It’s the one box left to tick. Dakar is one of the big motorsport challenges.

“It’s not as well known in Britain, but on the continent it’s as big as anything. We could raise the profile of it with British cars and drivers.”

The style of the modern Dakar has much in common with the nature of WRC events when Richards was in the co-driver’s seat. Having had his eye on the event for a while before a project came to fruition with proper backing, he says Prodrive is now on the Dakar scene for the long term. 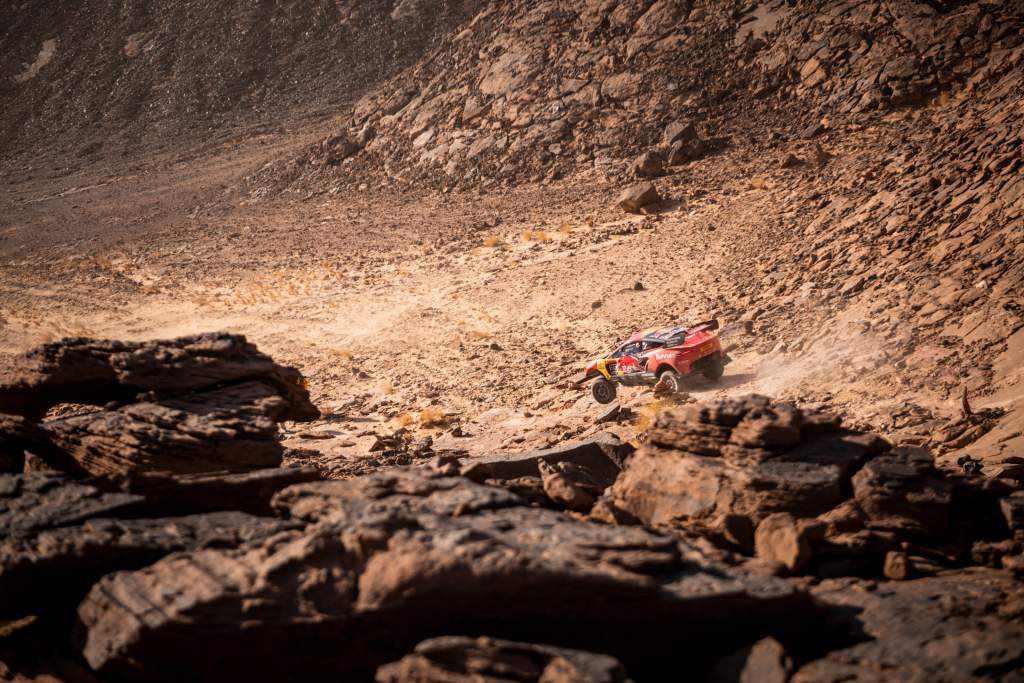 “It’s a sort of five-year programme, but I can see this expanding,” says Richards, talking to The Race from the Dakar service area during the event.

“I’ve been reflecting on this quite a bit over the last few days, you drive hundreds and hundreds of kilometres here on your own in a car thinking about all these things and what you can do next and what the issues are.

“And it’s the opportunities here [at the Dakar] now.

“One of the issues I see is that the World Rally Championship has over the years, sanitised itself, and become very much a sprint event – for all the right reasons.

“It has its place now but if I look back to when I was competing in the long distant past, you’d go to the Acropolis Rally, you’d go on the Safari Rally, and you’d be driving all day long into the night, long distances, very little servicing.

“Carlos said the quality is just a step change. Everyone else is going to have to raise their game now. It’s a great compliment” :: David Richards

“I look at this [Dakar] and I think ‘wow this is a bit like what we were doing 30-40 years ago’, and I rather like it, and I think that it’s an area where we can definitely have an input.”

Prodrive’s performance on the 2021 Dakar may have been mixed, but Richards reports that “a number of teams have approached us wanting to have cars for their own teams”, that entering the off-road world championship next year and building a T3 class car is also something the team will consider. 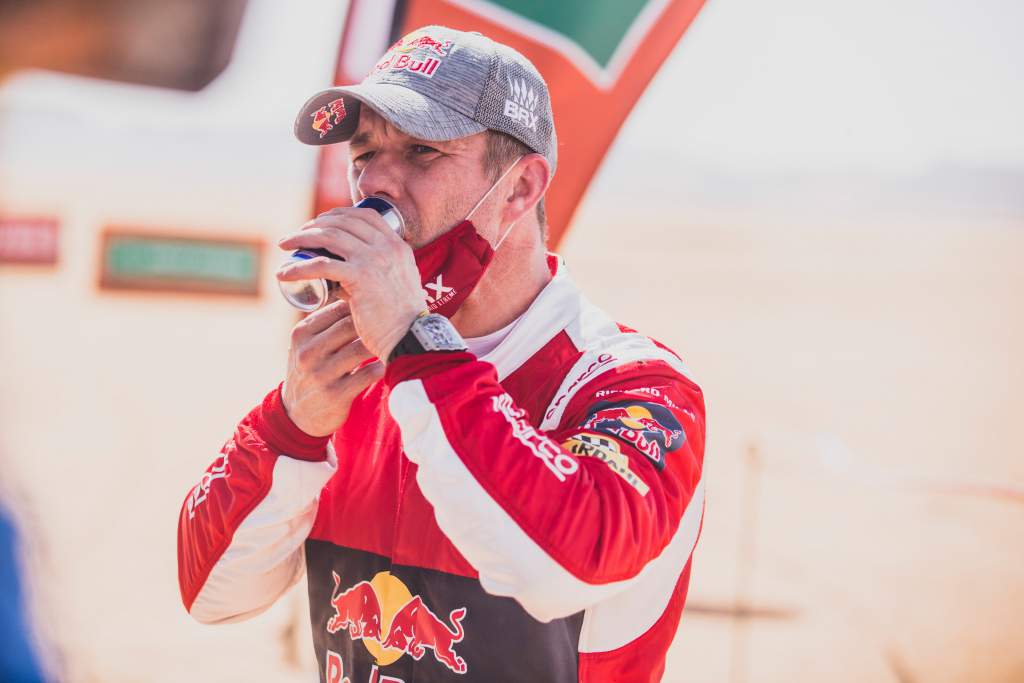 The pressure was always going to be on Prodrive when it announced Loeb and Roma for this year’s Dakar, Loeb being the nine-time WRC champion turned Dakar nearly man with two podiums, a ninth and a retirement in his four attempts before this year.

Richards was keen to avoid any questions of added pressure or better chances of success with Loeb though, by highlighting Roma’s experience. He won in 2014 with X-raid Mini and finished second in 2019.

Roma has been a large part of the development work for the car. The Bahrain Rally Extreme – with the added T1 for its class – comes up against buggies and pick-ups, the best that Toyota and Mini have to offer, with four-wheel-drive. 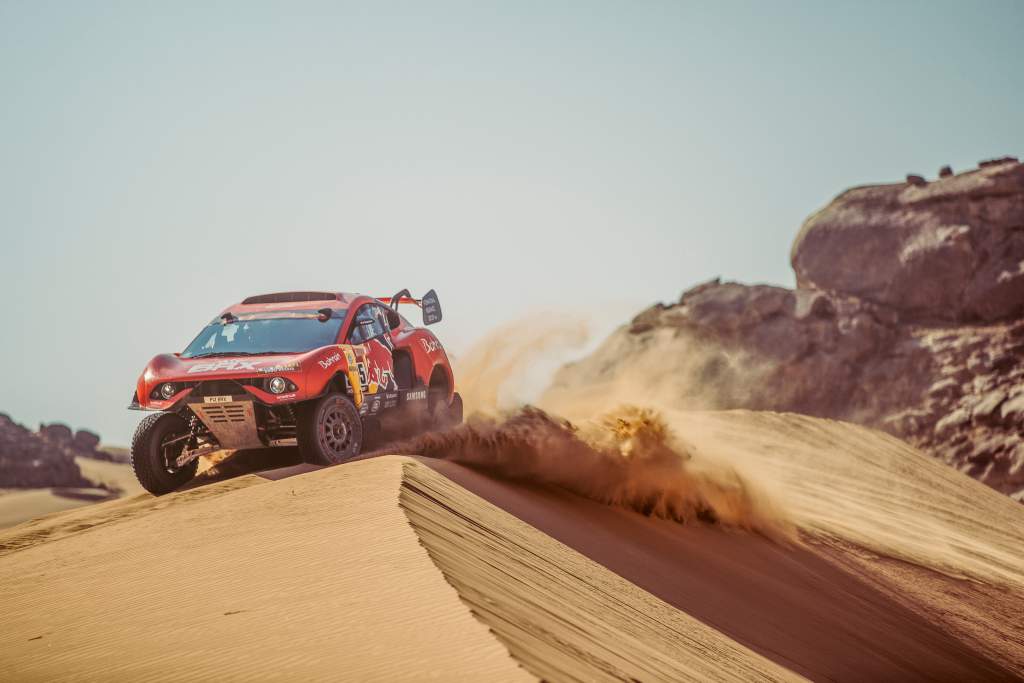 Loeb’s issues made the Hunter’s pace hard to judge. His problems were mostly punctures and navigation – two things that have been extremely difficult for all teams on this year’s event.

Having suffered eight punctures in the event before stage eight, he had another two on that test and damage to the support truck meant it failed to reach Loeb and he retired when already well down the order in 43rd. The team rightly prioritised Roma with its supplies, leaving Loeb stranded.

But Richards said Prodrive had a big vote of confidence in its car from one of its best WRC drivers – four-time Dakar winner Carlos Sainz Sr.

“I think we’ve rather sort of surprised everyone in the paddock here with the performance of the car,” says Richards. 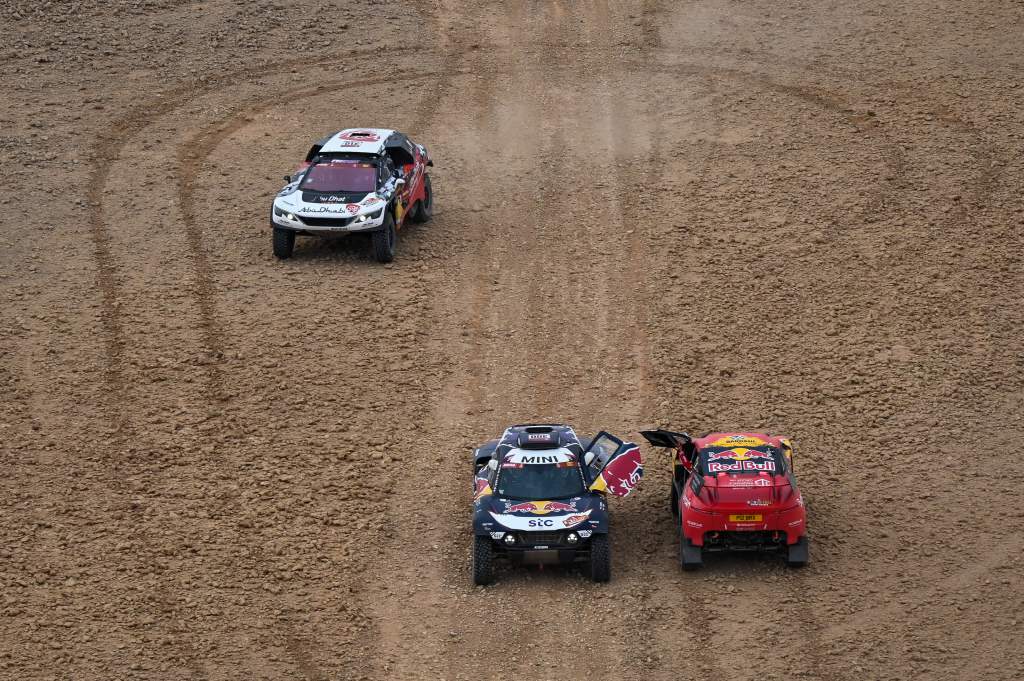 “Carlos came to see me a short while ago and said he ran alongside Nani for an hour and he couldn’t believe that Nani could keep up over the sand dunes, which historically are the domain of the buggies [like the Mini Sainz drives], and he was in a four-wheel-drive car.

“This is a new step change, he said – the quality, the standard of the car build and what’s turned up is just a step change. Everyone else is going to have to raise their game now.

The car is free from the shackles of having to reflect a manufacturer body style as it’s a purely Prodrive entry, which has meant the people designing the car have been able to approach it with a fresh sheet of paper even when it comes to aerodynamics. 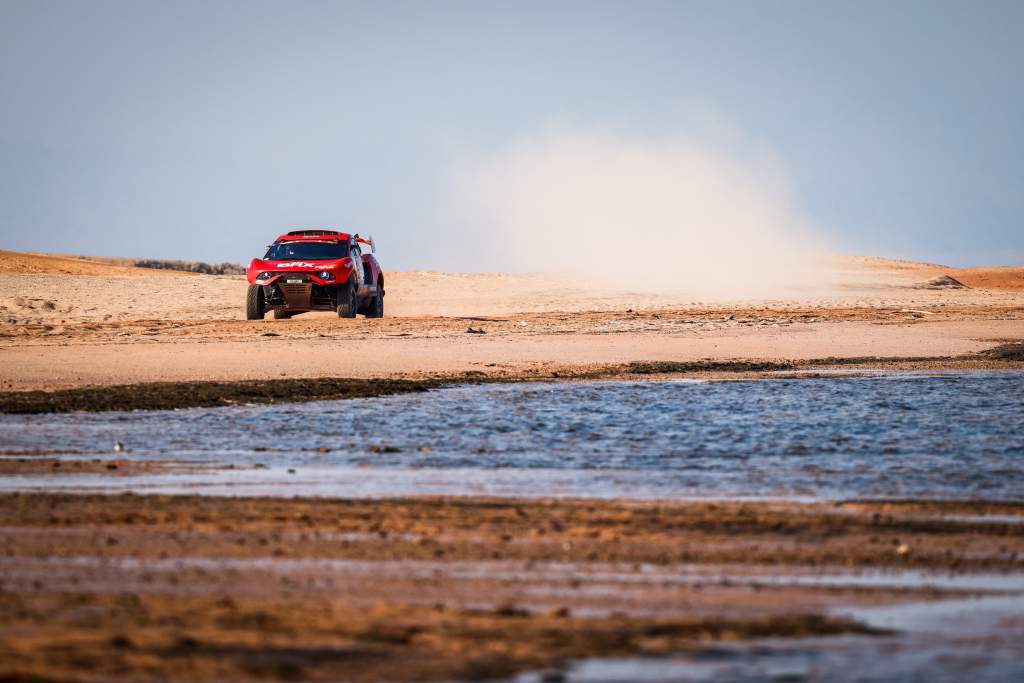 The squad behind it includes “a sort of consultant” in technical director David Lapworth, Richards’ right-hand-man of three decades and his technical guru for so many years.

The other key members of the squad are Prodrive long-termers who benefit from a wealth of the team’s different experience over the years, whether it be designing a Le Mans-winning GT car or a hybrid van.

Prodrive is just used to reinventing the wheel whether it’s racing cars, racing buggies or racing boats. It’s been there, done it and sold the t-shirt.

While the 2021 results on paper leave a lot to be desired for its Dakar contender, its performance has opened a few eyes and Prodrive is eyeing a long-term project.

When this operation gets the right backing, it rarely fails. 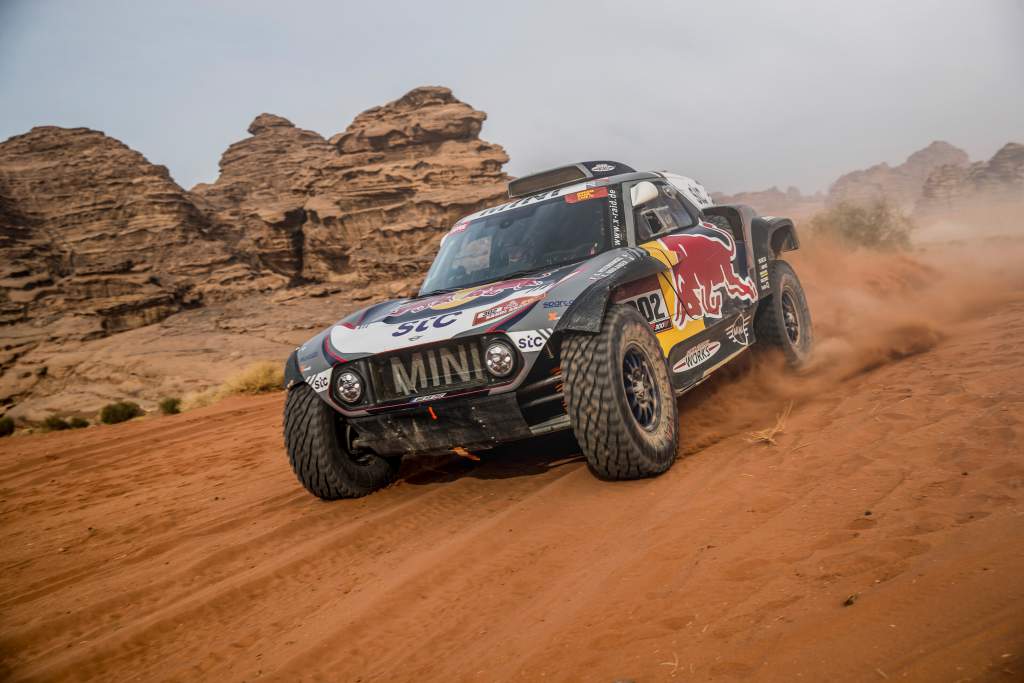 With Prodrive not a factor in the fight for Dakar victory this year, it was usual rivals X-raid Mini and Toyota that went head to head at the front.

X-raid man Peterhansel claimed a record-equalling 14th win across the bike and car classes despite only being quickest on one stage, with his consistent pace keeping him 14 minutes clear of Toyota’s Nasser Al-Attiyah, who had a more eventful fortnight that included 16 punctures.

Sainz lost touch with the lead fight amid massive navigational problems and finished an hour adrift in third.