The Extreme E series has modified and delayed its calendar for its inaugural season in 2021, with a race in Patagonia, Argentina replacing a previously-planned event at the foot of the Himalayas.

As revealed by The Race last month, the originally-planned event in the Kali Gandaki valley in the Himalayas has been taken off the schedule, which will span March to December 2021.

The change was confirmed at the formal remote launch of the all-electric off-road series this afternoon, which also featured the unveiling of the nine teams’ liveries that have entered. These included the entries from former F1 title rivals Lewis Hamilton and Nico Rosberg for the X44 and RXR teams respectively.

It is believed that the Himalayan event in the Annapurna region of Nepal dropped off the first calendar due to logistical difficulties.

Extreme E will begin on March 20-21 with a round in the Al-Ula region of Saudi Arabia before heading to Senegal for an event in the Lac Rose are of the west African country. This is two months later than the intended start date, which was originally announced as January 2021.

The third round will take place at Greenland’s Kangerlussuaq location on Greenland on August 28-29 with the final two events scheduled for the Brazilian Para region of the Amazon rainforest and Tierra del Fuego in Patagonia for October and Argentina respectively.

“Remember, we are not there to race on the ice cap or the glacier or in pristine rain forests where we can do damage,” said co-founder Alejandro Agag.

“We racing on places which are already damaged, and these locations have been checked and assessed by our Scientific Committee.” 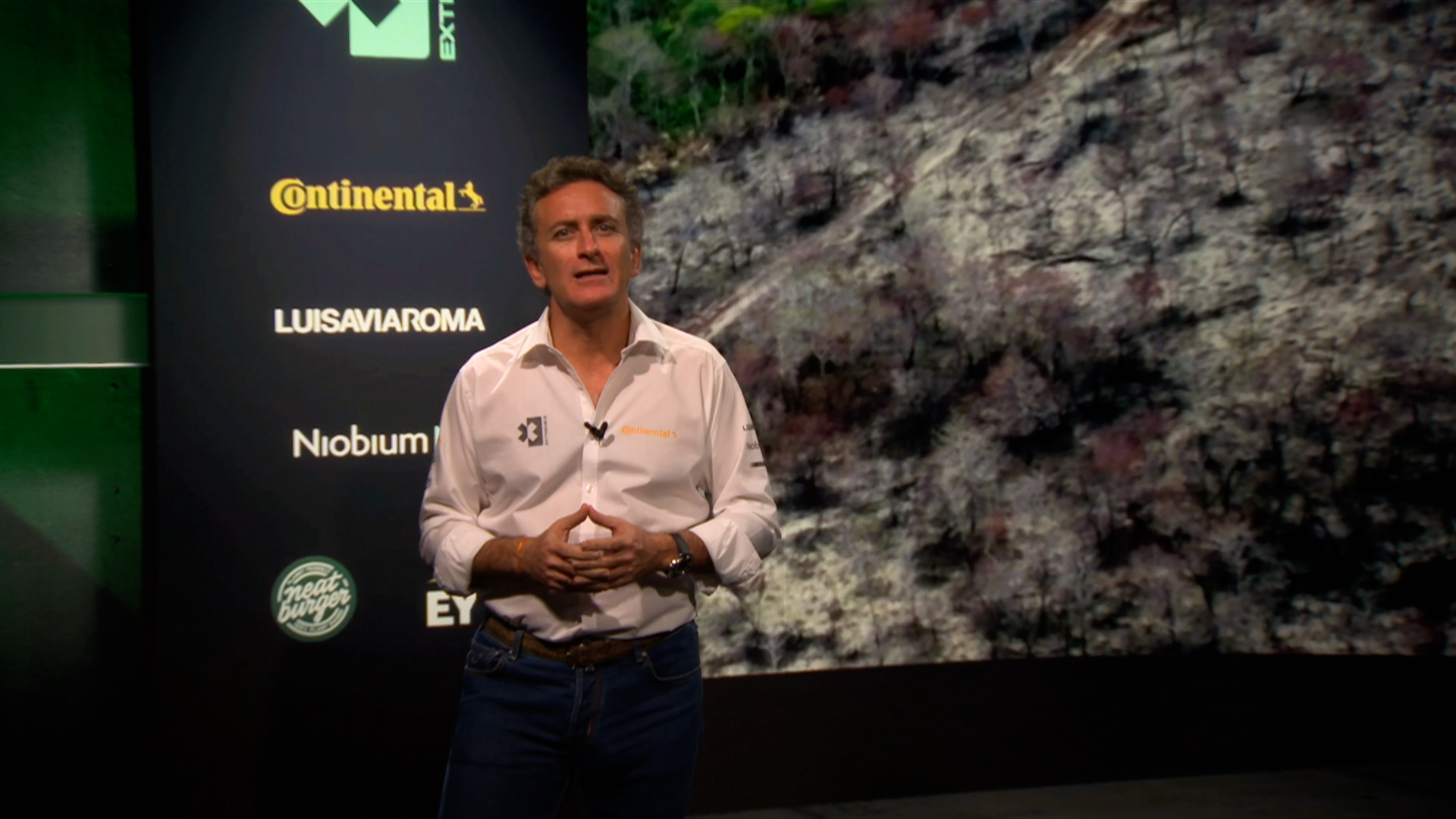 All nine Extreme E teams unveiled liveries during the launch, while it was also announced that hydrogen-cell technology will be used as recharging power sources via the AFC Energy company, a leading provider of Alkaline Fuel Cell systems.

Extreme E also confirmed its two-day event format, with the first being given over to qualifying rounds. From these the highest-ranked teams will go through to the first semi-final, and three of them will then qualify for the final.

The lowest-ranked teams will go into the second semi-final, which is being billed as ‘the crazy race’, of which only one will qualify for the final. The final will feature four cars battle for the overall victory – with points being allocated throughout the field, a 3-2-1 scale for the fastest qualifiers and one also for what is described as “the biggest jump” of the meeting.

This will be known as the hyperdrive feature and will ensure “an additional boost of speed to the team who performs the longest jump on the first jump of each race”, according to Agag.

A similar version to Formula E’s FanBoost will also form part of the sporting format with a system called GridPlay.

Fans will vote for their favourite driver to gain a grid advantage. The driver with the most fan votes will get the opportunity to pick their grid position for the final.

Those drivers that do not make it to the final can “gift their votes to their preferred driver so they can play some strategies”, according to Agag.

The remaining grid is then decided by the points from previous rounds. 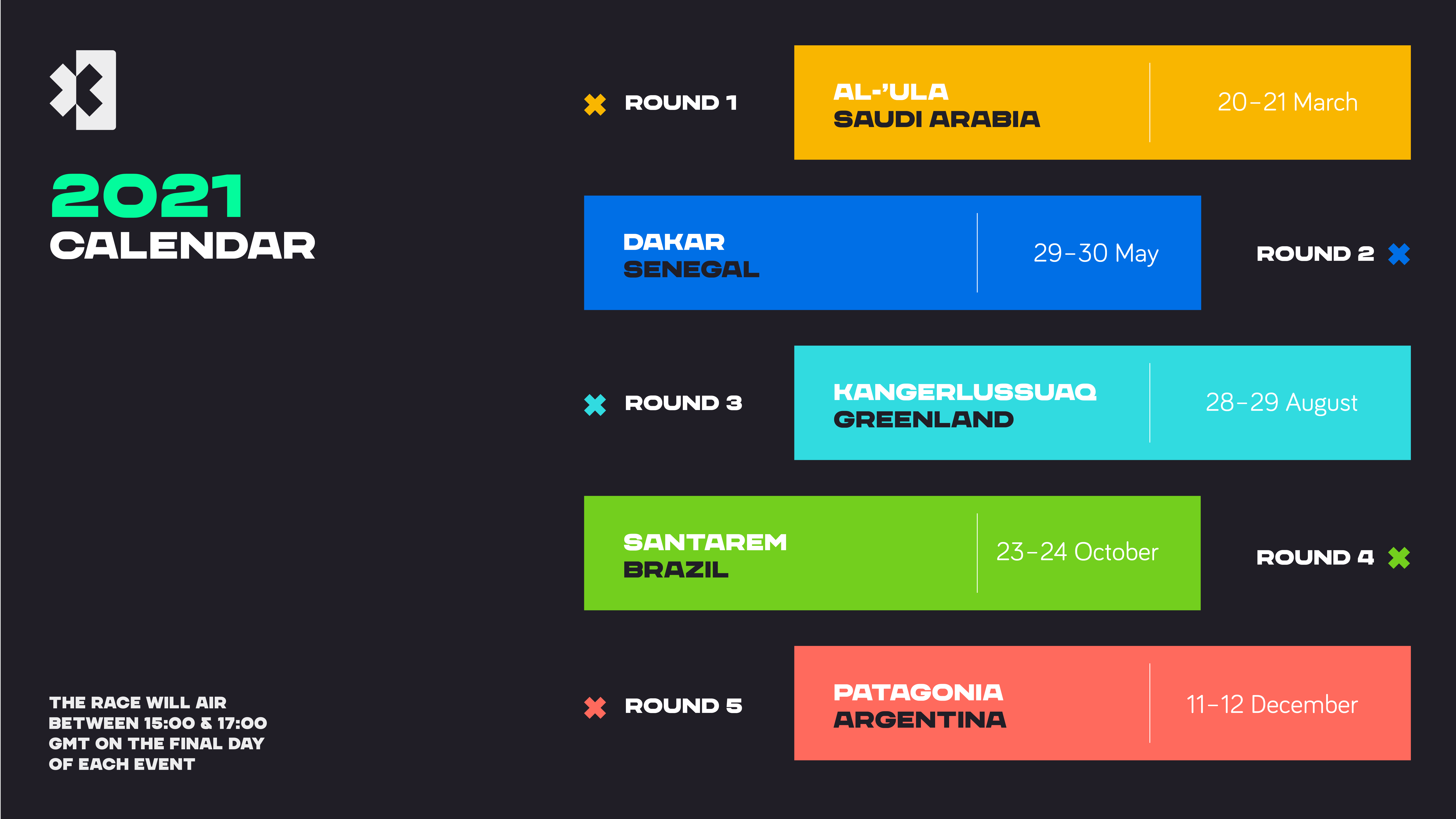 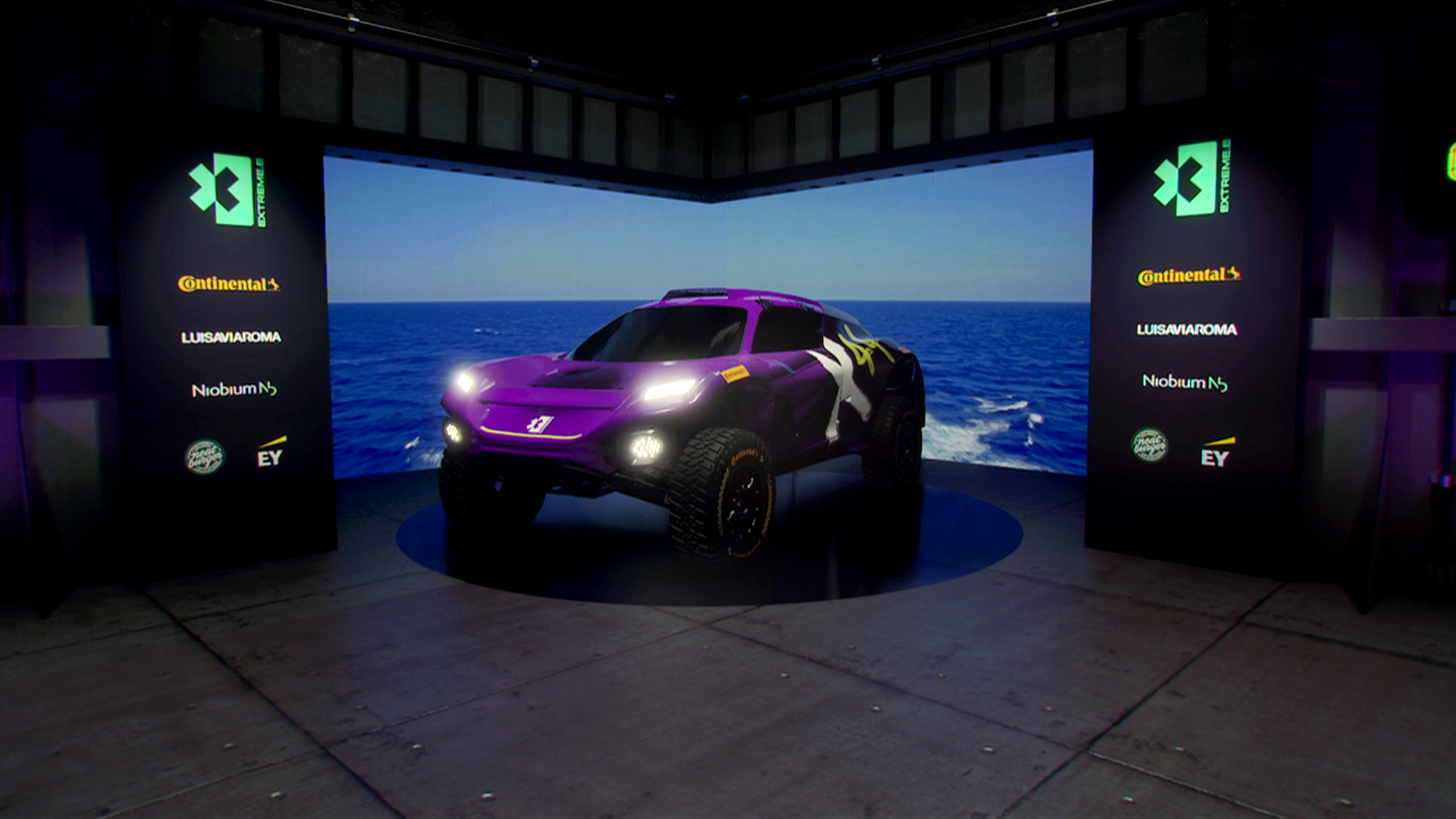 Founder of the X44 team, F1 championship leader Hamilton gave further detail on his rationale and motivation for becoming a team owner in Extreme E.

Hamilton, who took part in the virtual launch along with X44 co-founder Marc Hynes, said that Extreme E “gives an opportunity for me to be able to merge my love for motor racing together with my love for the planet”.

“I think bringing those two together, we can have a really positive impact,” said Hamilton.

“I’ve always wanted to have my own team, I just never knew when it would be, and when I heard about this, I jumped right at it just because of what the series means and what the series is going to do. It’s going to be quite powerful.”

Extreme E’s sporting regulation of ensuring that female drivers are equally represented in the championship by forming 50% of each team’s driving attack was also a key attraction for Hamilton.

“I think one of the one of my favourite things, when we’re talking about diversity, is the fact that I’ve been racing this sport over 20 years and see maybe two, maybe three female drivers along the way,” he said. “I love that Extreme E is allowing to have two drivers, a male and a female.

“Providing opportunities to those from a more diverse background is naturally a priority for us and we’re currently exploring the best ways in order to do that.

“I think it’s not a quick fix for the motor racing industry to move into an inclusive direction, I think it’s going to take some time, it is a process to address the inequalities, that that are along the career pathway for many people.

“I really do think that this is an opportunity for us to kind of lay the foundations and amongst some of the other things that I’m doing and trying to find what the barriers are.”