Kevin Magnussen’s chances of winning the 24 Hours of Daytona came to an end when his Chip Ganassi Racing Cadillac team-mate Renger van der Zande picked up a puncture while within two seconds of the leader in the last seven minutes.

If we hadn’t had a puncture with 5 laps to go, I think we would have had a really good chance of winning the race. Motorsport is tough sometimes. Thanks @CGRTeams for an awesome race car. Great job by my teammates @Rengervdz & @scottdixon9. 12h of Sebring next! pic.twitter.com/wHFDY2cOJG

The last pit stops set up a stunning end to the race with four top-class DPis within seven seconds of the lead.

But last year’s winner van der Zande – who set the fastest lap of any driver during the race – looked to be reeling in Albuquerque in a dramatic battle after 24 hours of racing.

Van der Zande had previously criticised the traffic scattered across the circuit in what is a tight, twisty and short circuit compared to other blue-riband 24 hour races like Le Mans.

Im so proud of our team performance this past weekend. Saturday was the 7th day we ran our new @cadillac DPi car. Not even a Covid scare could stop @CGRTeams. Fighting for the lead with 7minutes to go after 23h53m. I'm really proud of all of our men and women on this team.

Aside from improving the balance of a car they had only spent around six days with in the run up to its prototype sportscar racing return, the Chip Ganassi effort had run relatively smoothly before the late puncture.

As well as costing van der Zande a third win in a row and Dixon a fifth outright victory, it meant Magnussen did not win on his IMSA debut having joined the team following his Haas Formula 1 exit. 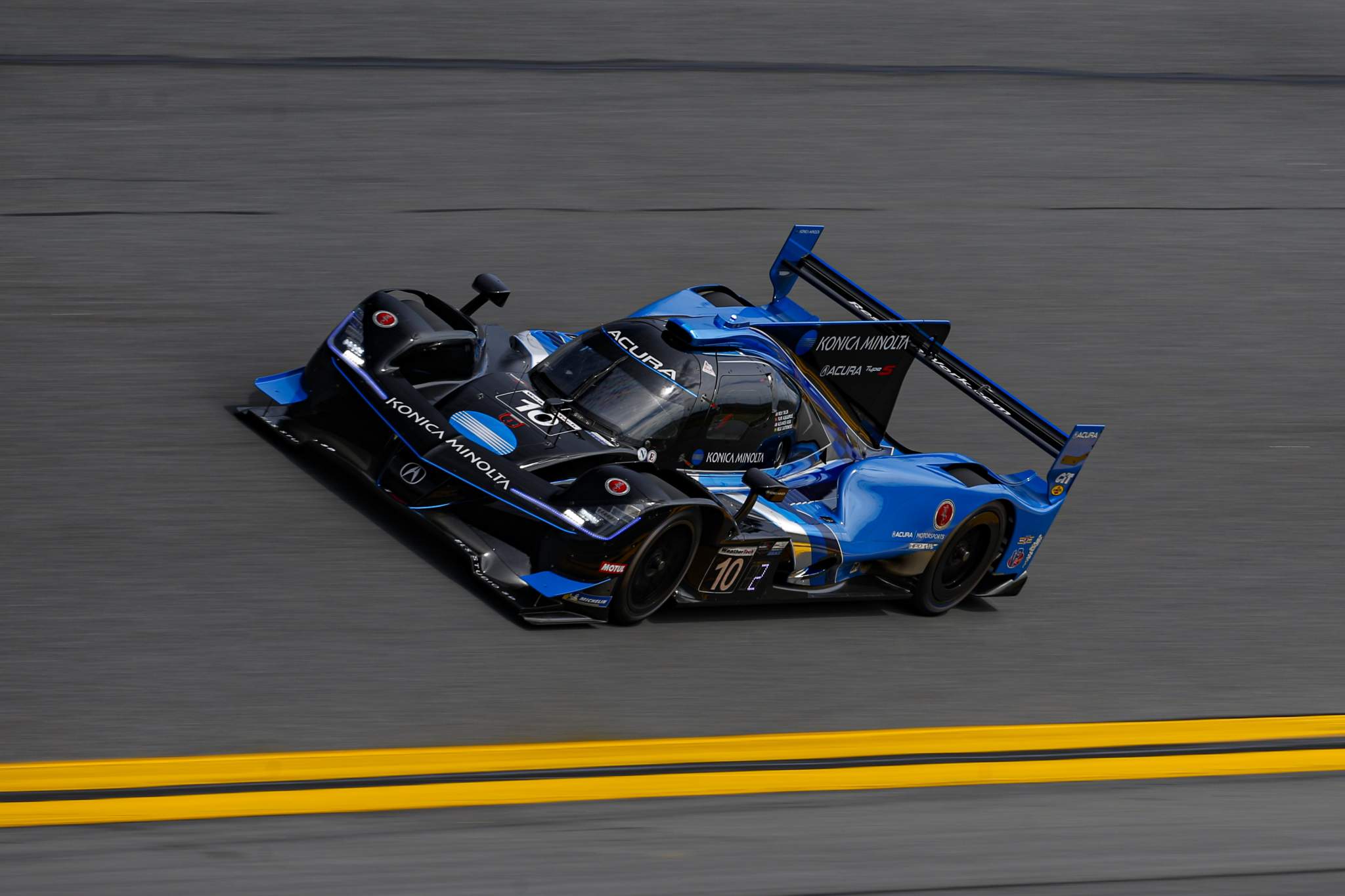 Along with Meyer Shank Racing, Wayne Taylor Racing made the switch to Acura for 2021 with Penske leaving the series after winning the last two IMSA SportsCar Championship titles.

It’s Acura’s first win at the event with the ARX-05, after five straight Cadillac victories.

The #48 Cadillac driven by Kamui Kobayashi – who along with van der Zande missed out on the chance to win three 24 Hours of Daytona in a row – brought that car home second having shared it with seven-time NASCAR champion Jimmie Johnson, Simon Pagenaud and Mike Rockenfeller.

Van der Zande got back out and managed to finish fifth, behind the AJ Allmendinger, Dane Cameron, Juan Pablo Montoya and Olivier Pla’s Meyer Shank Acura. 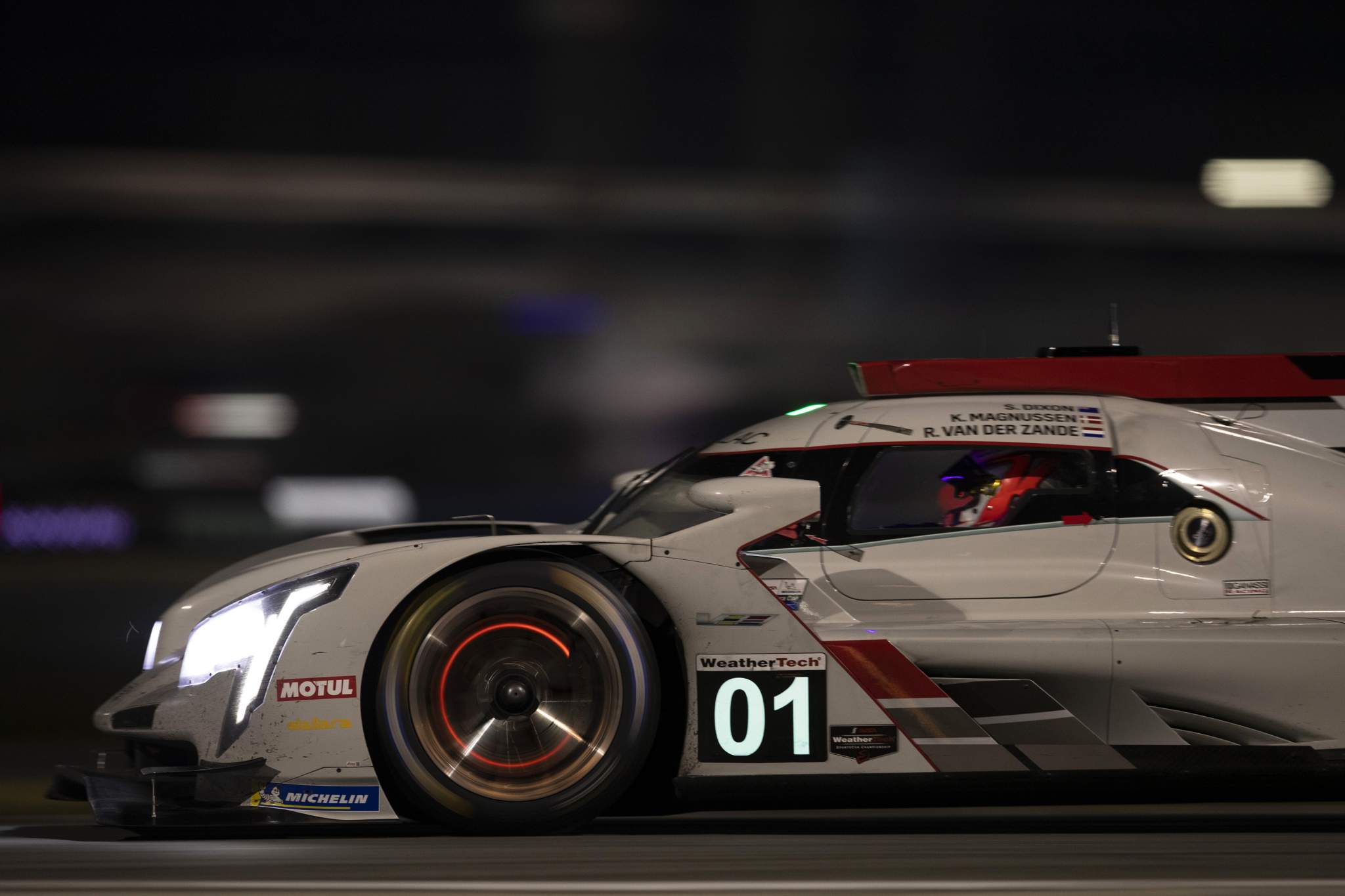 The #5 JDC-Miller MotorSports Cadillac of Sebastien Bourdais, Loic Duval and Tristan Vautier was the first to hit trouble, eventually finishing the race in 34th.

Around the 11th hour, Vautier touched a GT3 car at Turn 1, which required lengthy repairs.

The pole-sitting car was also taken out of contention.

Finally, it was a gearbox issue that put the car in the garage and out of contention in what is a full-season IMSA entry, losing valuable points.

Porsche will return to the top level of endurance racing in 2013, developing an LMDh car for the World Endurance Championship, IMSA and the Le Mans 24 Hours