How a team deals with ‘disaster x2′ driver with coronavirus

In the current climate, there’s not much scarier for a racing team than for a driver to be struck down with COVID-19 just before a race weekend. In America last weekend it happened twice, to the respected stars of two of its top championships.

Of course, both drivers were sent away to quarantine, and The Race understands that Nasr – who showed few symptoms, namely the loss of taste – is recovering well, while Johnson will return to racing this weekend in Kentucky after two negative tests on Monday and Tuesday.

Last weekend, Justin Allgaier came in as the replacement for Jimmie Johnson. With the Xfinity Series and Cup Series competing on the same weekend, he was a good solution. The team had options in abundance, with so many capable stock car drivers available at their disposal in the paddock.

With Nasr and the Action Express team, it was a bit more difficult. The pool of drivers capable of stepping up from a GT car to a full-blown prototype and performing at the top level while remaining safe is much smaller. Plus, IMSA’s race was on Saturday whereas Hendrick Motorsports had an extra day to adapt Allgaier.

Nasr had travelled up the month before with team-mate Pipo Derani from Brazil, the pair both having apartments in Miami, a short way from the Daytona race on Saturday. Sadly – the state of Florida has more cases than anywhere else in the USA over the last week, with just under 70,000 cases in the last seven days.

Both quarantined there, but Nasr rang team boss Gary Nelson on Thursday to say he had symptoms. While Nelson arranged for Nasr to have a test that afternoon in Daytona after the queue proved to be too long to wait in Miami, the former’s fight or flight instinct – something Nelson calls ‘disaster x2’ – for stopping his weekend from falling apart had already kicked in. 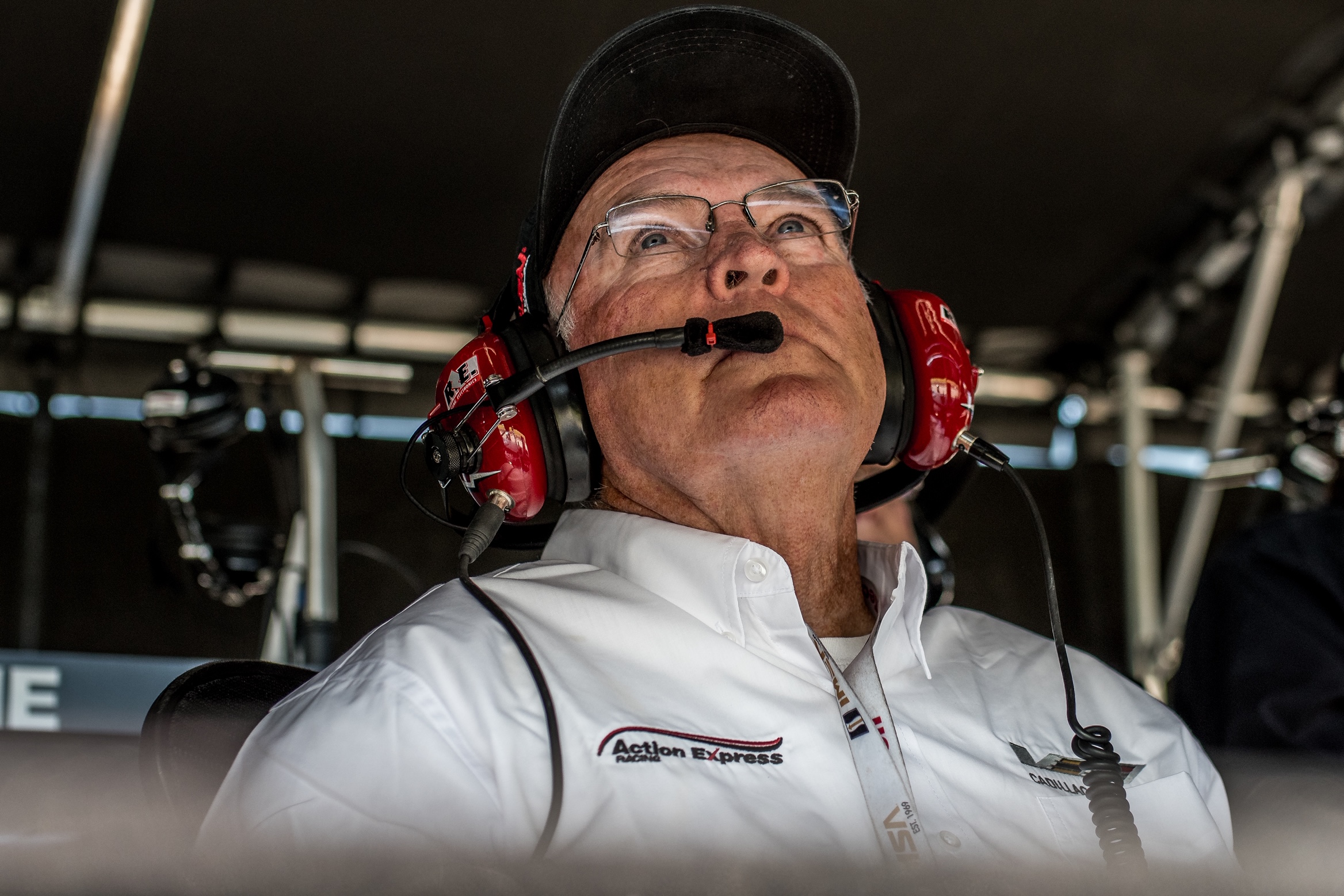 After all, it was an important weekend, the first IMSA race since the coronavirus intervened forcing a sabbatical like many championships had to take. AndNasr and Derani’s car was a narrow second in the championship last year to a Penske Acura driven by Dane Cameron and Juan Pablo Montoya.

“Thursday morning I got a call from Felipe Nasr, he woke up and couldn’t taste anything,” Nelson explains to The Race. “Immediately I knew that was one of the symptoms of COVID. So, I asked him to go get a test, as soon as possible.

“I picked up the phone, after speaking with him I called Gabby [Chaves] and I asked him what his weekend plans were and he said he only had a barbecue planned with his family in Indianapolis! I said ‘we’re not sure how this is going to work out but we may need you to drive a race car this weekend. And he said no problem so he jumped, scheduled a flight right away to Daytona.” 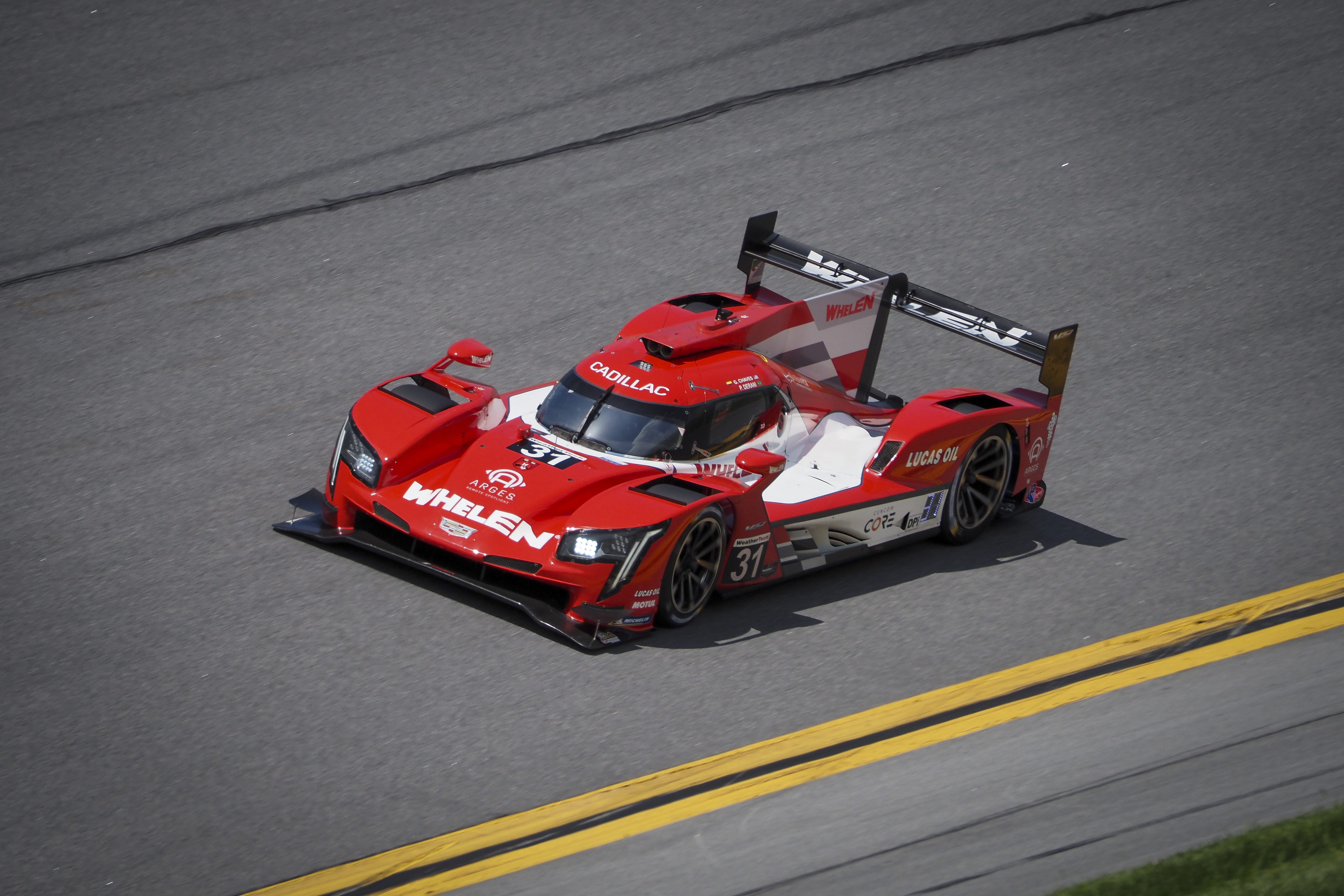 Nasr’s positive test came in at 8pm on Thursday, and the quick-thinking team and Nelson had already isolated Nasr from the rest of the team, swapping his hotel. They informed the hotel so that they could thoroughly clean the room the next day and Nasr was on the way back to Miami to quarantine.

Chaves raced with the team in 2018 at Watkins Glen and the Petit Le Mans at Road Atlanta, so he was high on the list of drivers for Nelson to contact after it was established that the squad’s part-season endurance racers from the Daytona 24 Hours in January – Mike Conway and Filipe Albuquerque – weren’t realistic options due to US quarantining rules and the time constraints involved.

Such is the team’s attention to detail – or maybe it was plain luck or hoarding! – it still had Chaves’s seat insert for the car, and a set of Whelen-sponsored overalls to keep the powers that be happy. It was an almost seamless transition, and given the team’s worst nightmare had happened 48 or so hours earlier, it was an incredible turnaround. 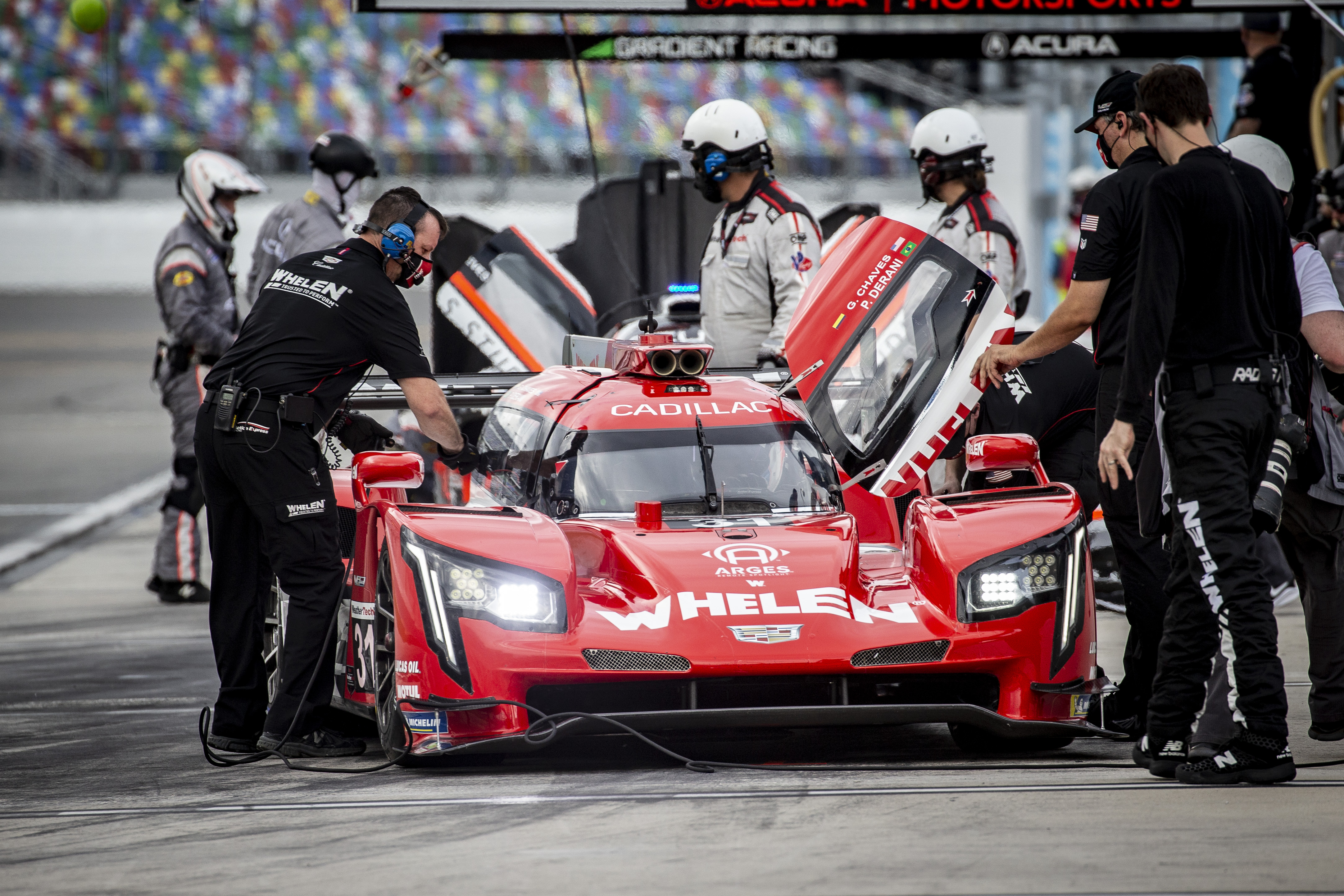 In the race, Derani was sent out on slick tyres in the wet as the team gambled on strategy, but he met the challenge and delivered, leading a large chunk of the race in the team’s Cadillac DPi – V. R, even though the Team Joest-prepared Mazda’s were much fancied. In the end, their strategy wasn’t quite right but Derani and Chaves still delivered fifth for the team.

Chaves may have even done enough to secure a return. The team is hopeful that Nasr will be fit and ready for the next round at Sebring on July 18, but if he isn’t, Chaves is at the venue in an undercard event anyway, so he’ll no doubt be available. Albuquerque has another race in Europe and the quarantine restrictions may keep Conway out again, so Chaves and Nasr are looking like the favourites.

The fact that the car was able to race at all is nothing short of a masterstroke in team management, and fleet of foot. More on that Nelson “disaster x2”. 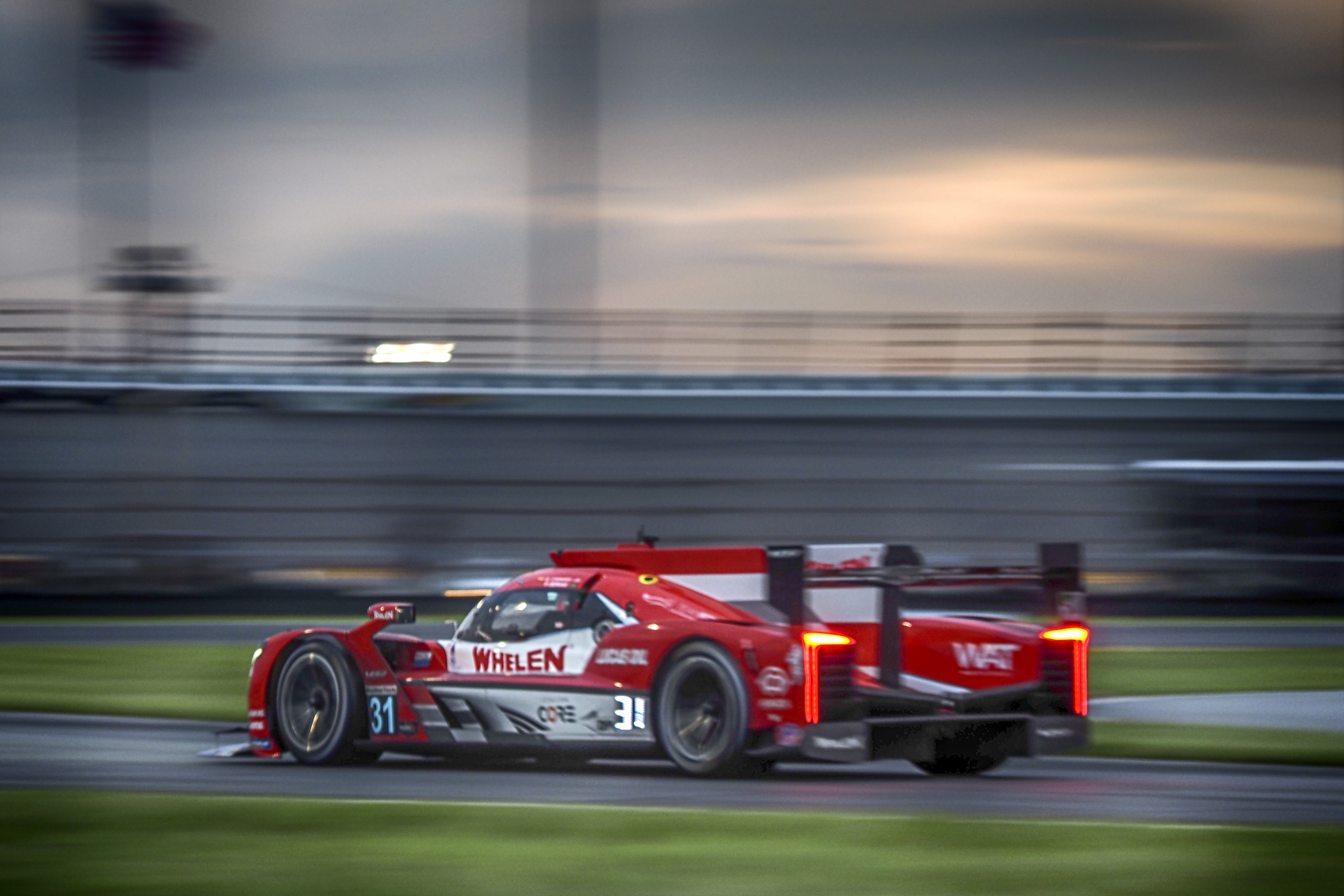 “In my earlier years in racing, our transporter or hauler was where we carried the spare parts and you might have opened a cabinet door and there’s 50 of one item, but you can’t find the item you need.

“So I decided that all of our thought process in racing should be disaster x2, you only need two spare parts, ready to go. You don’t need 50 spare parts of one thing and you’re looking for a fuel pump and you can’t find it, but you’ve got 50 fuel filters in the drawer.

“So, now we have two fuel pumps, two fuel filters, and that bit, we don’t stock the truck up with a lot of extra parts. 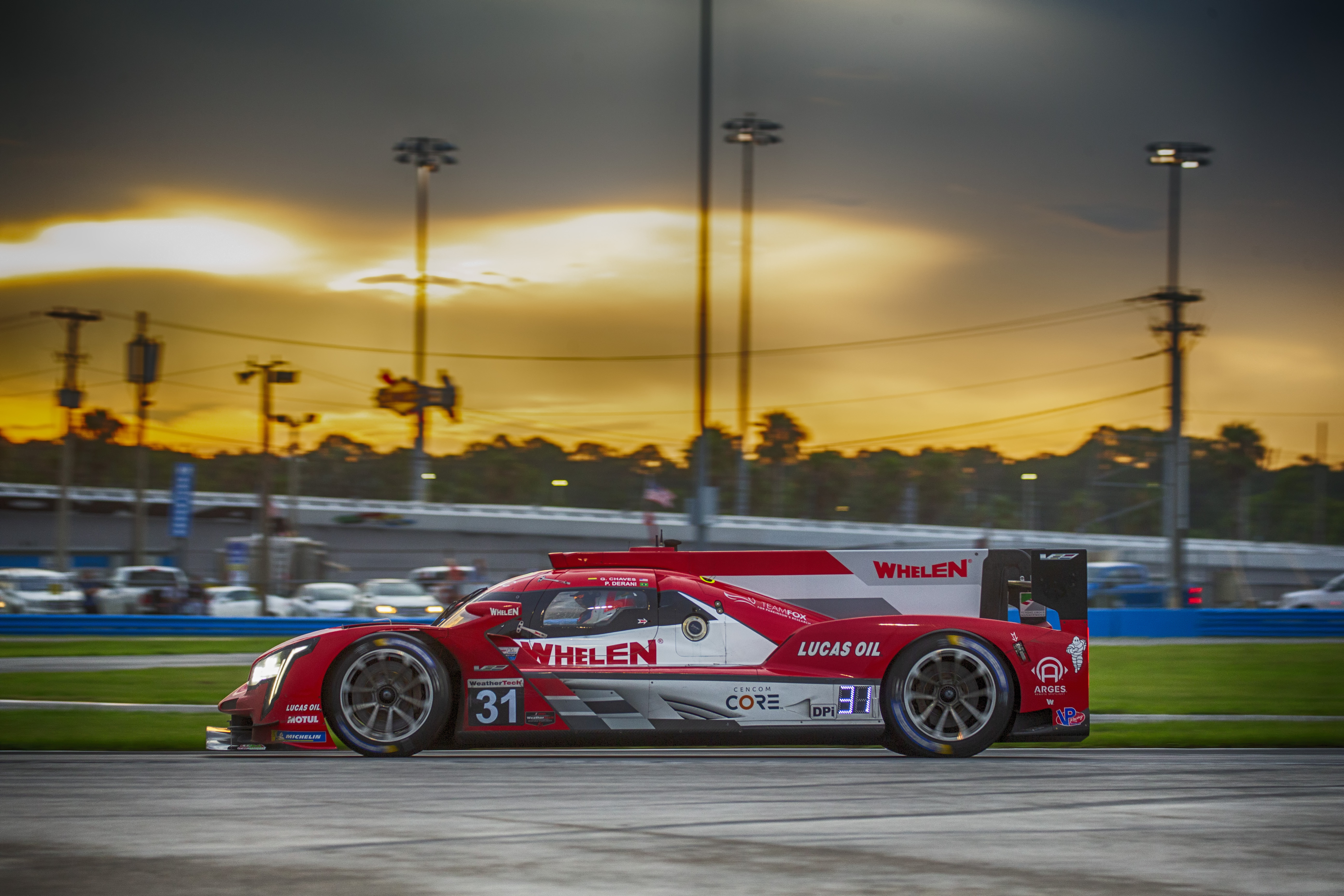 “That kind of thinking – disaster x2 – is kind of stuck with me for many years. And when it comes to race drivers. I’m always thinking if we have a disaster what would we do.”

In this case, what they did, was be extraordinary. If teams are well prepared, organised, and have good management, they can cope with a positive COVID-19 test for a driver. It’s obviously not ideal, and hopefully, it’s never an issue that will be comfortable.

Thanks to Brian Cleary and Action Express Racing for pictures 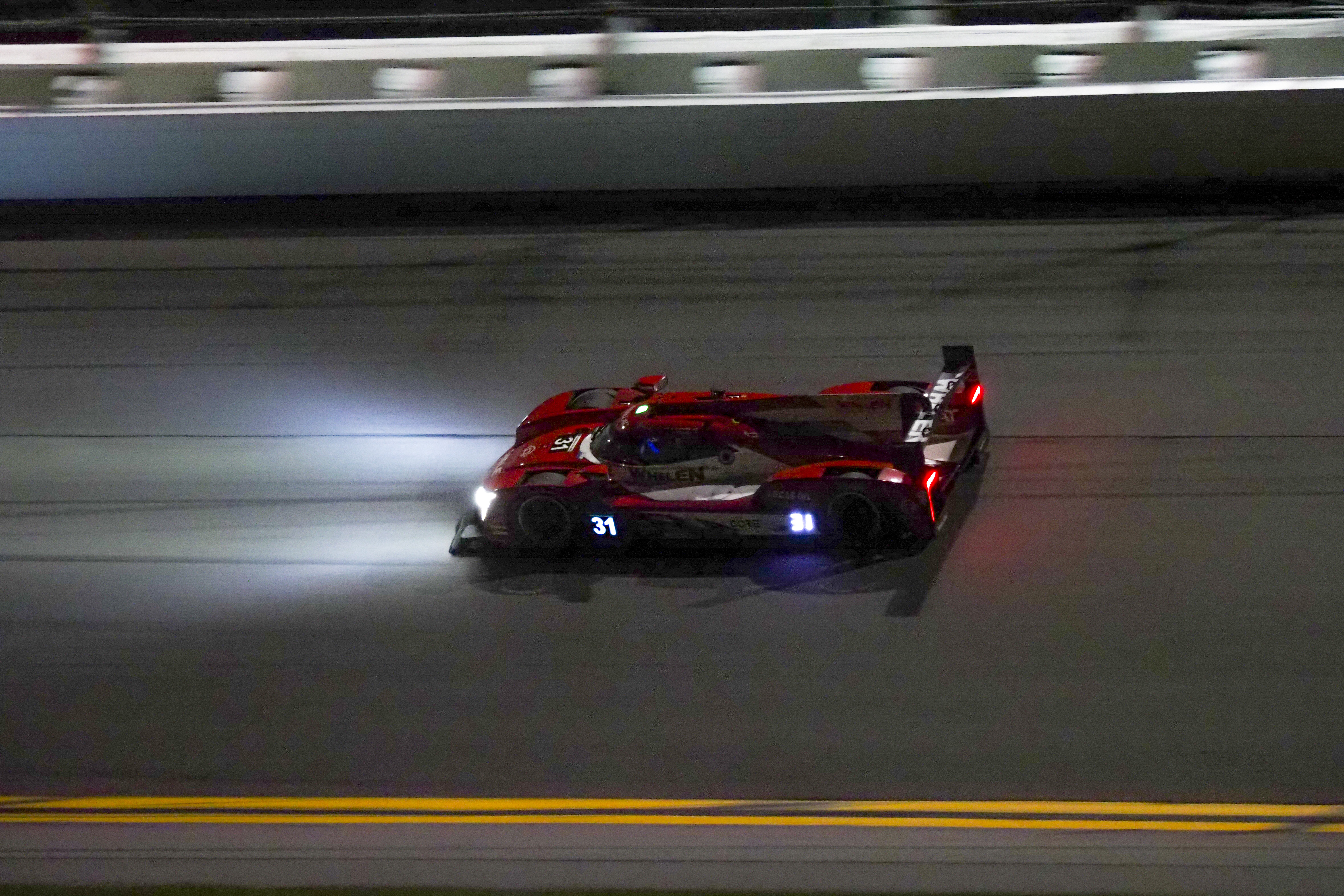