Groudbreaking transgender racing driver Charlie Martin opens up about the reception she received when she returned to the paddock during her gender transition in the latest episode of The Race’s new Hidden Voices podcast focusing on diversity in motorsport.

Martin reveals that one of her closest friends in racing, who had been a mentor to her, cut all contact when she began the process of transitioning to living as female.

At the time she was competing in hillclimbs, where she spent her formative career before switching to circuit racing.

In conversation with Hidden Voices presenter Claire Cottingham and The Race’s assistant editor Lucy Morson, Martin recounted making her first appearance in the paddock during her transition.

“I’d spoken to two of my friends some months before and told them what was happening in my life,” she explained.

“One of them was actually one of my best friends through racing, who never really spoke to me again, never replied to my email or anything. I emailed him and said ‘look, this is what’s happening in my life’.

“That really hurt, that really, really hurt, especially because he was a bit of a father figure to me. I lost my own dad when I was 11 so I’d not had somebody in that role and so coming from them it did really hurt me.”

But the reception from the majority of Martin’s friends and competitors in the paddock made a life-changing difference to her.

“My other friend Jerry Neary, who’s been an amazing supporter throughout my transition, he told other people and so when I went back that day I thought ‘well at least some people know’,” she said.

“But it was such a strange experience. For one, I was absolutely terrified. I was shaking getting out of the car. I really had to push myself to walk into that paddock. And most people just looked at me a bit bemused.

“I don’t know if they recognised that it was me, or they didn’t know what was going on or what to say.

“About six or seven of my friends from the class that I raced in in a Westfield [car] all came over and gave me a big hug and were all smiling and really, really welcomed me back.

“And to be honest that’s probably one of the most pivotal moments in everything that’s happened in the last eight years of my life.

“Because if they hadn’t done that and helped get me through that day and made me feel like I wanted to be there, I wouldn’t have gone back the next spring and I probably wouldn’t have done half the things that I’ve done since.

“So it’s a really amazing story in that respect, it just shows what a difference people make in people’s lives when you need that support.”

Martin is aiming to become the first transgender competitor to race at the Le Mans 24 Hours. After using the UK-based Ginetta GT5 Challenge for her first full season of circuit racing in 2018, she spent last season competing in LMP3 in the Le Mans Cup. Her 2020 focus so far has been simracing amid the coronavirus pandemic.

Elsewhere in the Hidden Voices podcast, she talks in depth about the battles she’s faced in both her personal life and her motorsport career during her transition – which she documented on her YouTube channel throughout – as well as her work with the Racing Pride organisation to promote LGBTQ+ inclusivity in motorsport and why she was planning to be a fighter pilot in her childhood before being persuaded to be a racing driver instead.

Hidden Voices is a series of podcasts by The Race looking at diversity in motorsport. Hosted by Claire Cottingham, it tells the inspirational stories of those who broke the mould to succeed at the highest level. Click here to subscribe to the full series 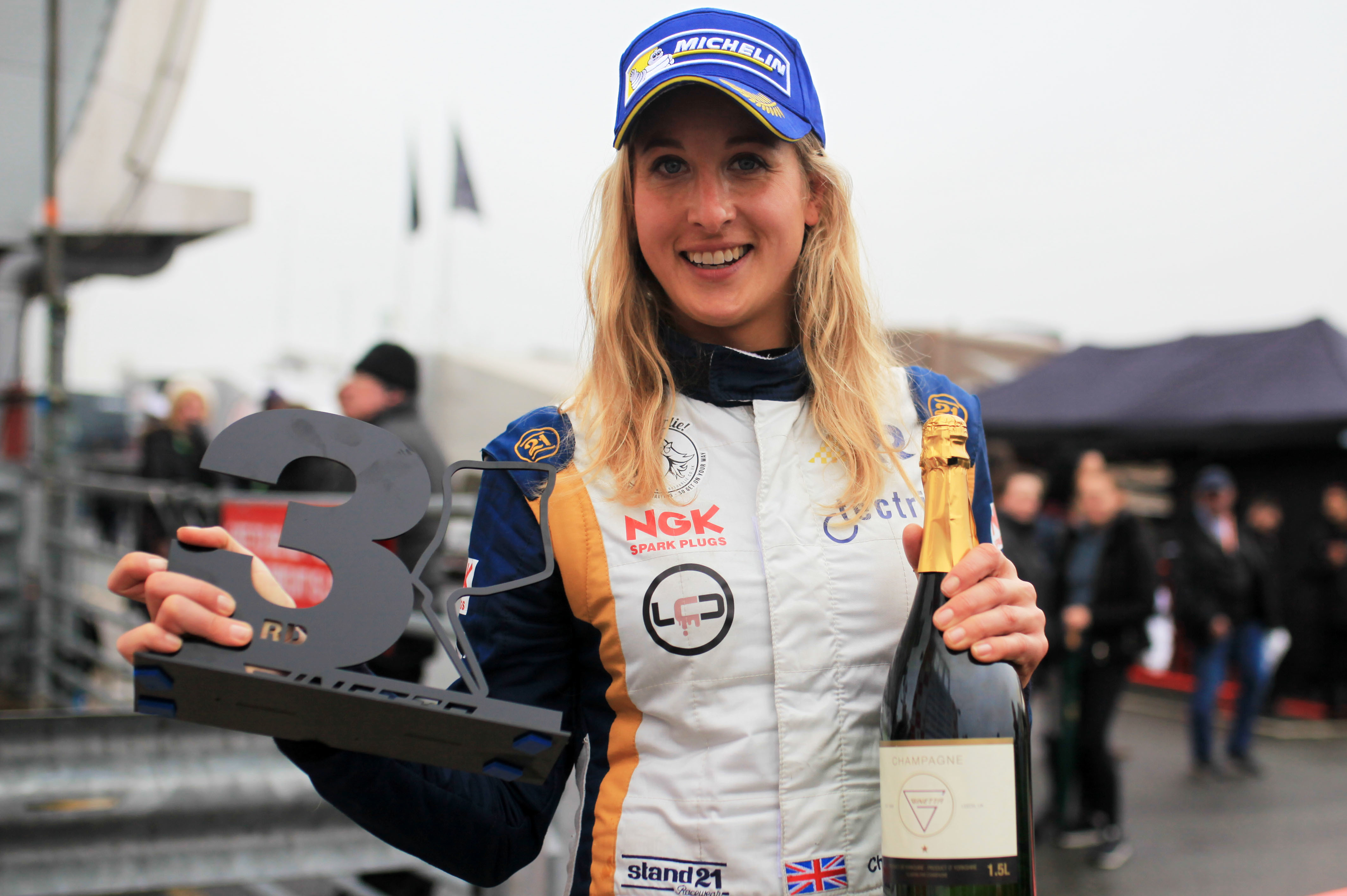 The Race's YouTube channel is the home of live Super GT coverage in 2020, and the 300km fourth round at Motegi is coming up

Watch the Super GT season-opener live on The Race

The 2020 Super GT season begins on Sunday morning UK time, and you can watch it live and for free on The Race and our YouTube channel