Oct 16 2020
By Valentin Khorounzhiy
No Comments

Having locked out the top spots on a colder track in the morning, the three Yamahas picked up where they left off in FP2, all three surpassing Vinales’ FP1 effort in virtually no time.

But it was only Franco Morbidelli who managed to dip below the 1m49s barrier on that opening run, this putting him two tenths clear of his Yamaha stablemates and five tenths clear of the best of the rest – Honda rider Alex Marquez.

Suzuki rider Joan Mir ventured out on a fresh pair of soft tyres a few minutes later, immediately overhauling the Yamahas and then improving to a 1m48.688s to establish a lead of three tenths – which would soon be halved by Vinales.

With 11 minutes to go, Quartararo restored Yamaha’s advantage by posting a 1m48.406s, before improving by another two tenths with his next attempt.

But this wasn’t nearly enough to secure the top spot, with Vinales soon uncorking a superb 1m47.771s to demote the championship leader to second place.

Quartararo improved at the chequered flag but was still a quarter of a second down on Vinales, while Morbidelli was a further two tenths down to complete another Yamaha 1-2-3.

Mir, who was briefly incensed by traffic in the form of Ducati’s Danilo Petrucci, ended up as best of the rest, albeit more than seven-tenths down on Vinales.

LCR rider Cal Crutchlow was the top fifth for Honda, ahead of the Espargaro brothers – with Aleix leading Pol after having followed Vinales on his fastest lap.

Factory Honda rider Alex Marquez completed what was probably his best Friday practice showing in MotoGP so far by moving up to eighth at the chequered flag, with LCR’s Takaaki Nakagami making it three Hondas in the top nine, and Suzuki’s Alex Rins completing the top 10.

It was another pale showing by Ducati, with none of its riders making the top 10 and Avintia’s two 2019-spec bikes beating all four of the factory-spec machines.

This was despite Avintia rider Johann Zarco crashing at Turn 2 late on, becoming the third faller of the session after Brad Binder (KTM) fell at Turn 14 and Stefan Bradl (Honda) hit the deck at Turn 12.

It was announced that FP3, which will determine who secures the automatic spots for Q2, would start 30 minutes later than originally scheduled on Saturday morning, after Friday’s morning practice had to be postponed by half an hour due to the track surface being too cold for the Michelin tyres. 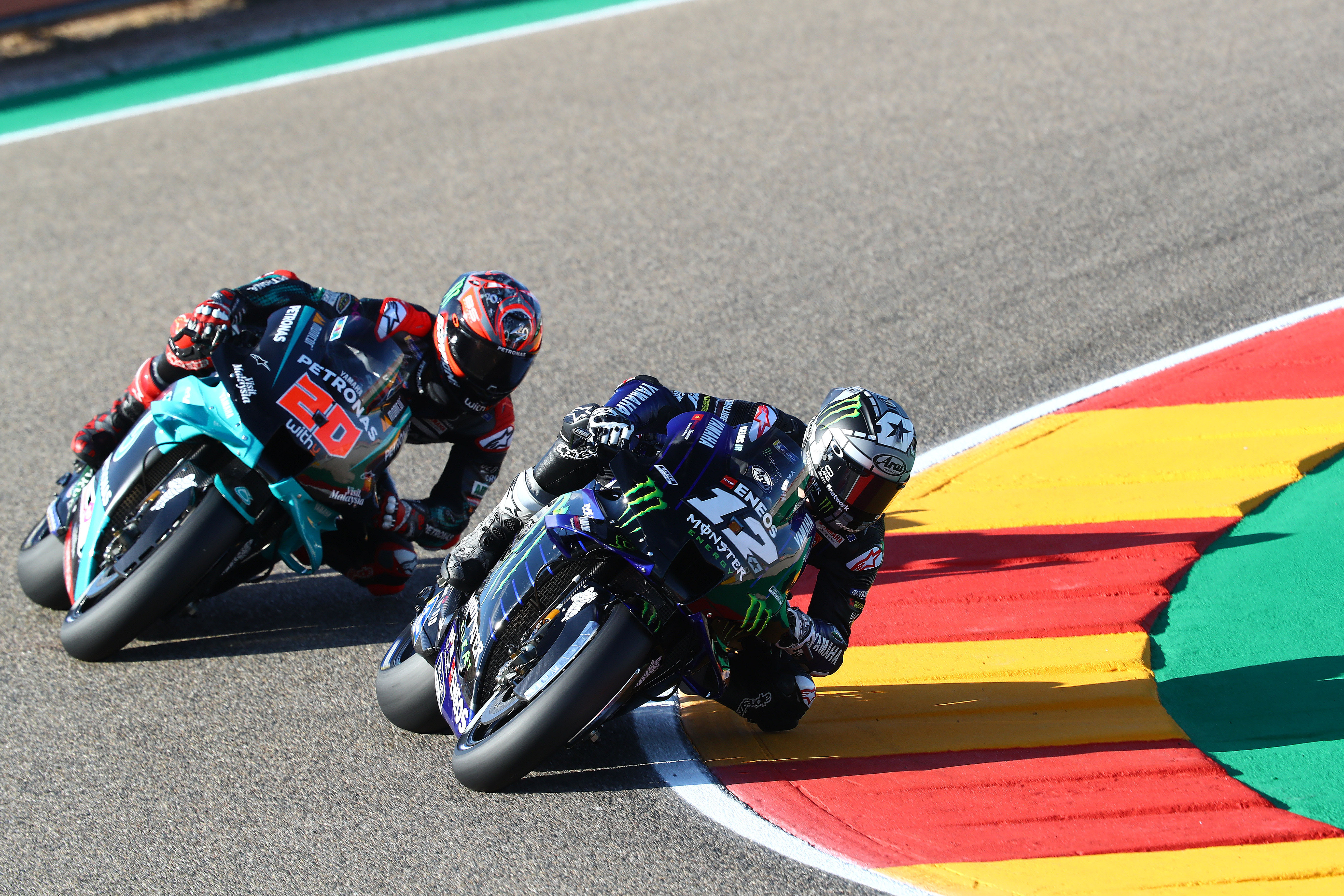