Oct 16 2020
By Valentin Khorounzhiy
No Comments

Maverick Vinales set the pace in a delayed opening MotoGP practice session at Aragon, as Yamaha locked out the top three positions in the classification.

A 1m49.686s from Vinales allowed him to head the Petronas Yamaha bikes, with the fourth Yamaha – that of Valentino Rossi – absent for the weekend after Rossi tested positive for COVID-19.

With the track temperature a couple degrees too low for the Michelin tyres to operate correctly, the start of the session was postponed by half an hour – and once FP1 did begin, the riders’ initial laps were visibly tentative.

Some riders were more comfortable than others, however, and while all four 2020-spec Ducatis spent the first half of the session at the very bottom of the timing screens, slotting in between 17th and 20th, the Petronas Yamahas locked out the top two, led by Franco Morbidelli’s 1m50.433s.

With 16 minutes left on the clock, Vinales jumped ahead of Morbidelli by half a second to lead a Yamaha 1-2-3, and while Morbidelli got within a tenth of that in the next 10 minutes, his push ended when he crashed at the Turn 14 right-hander.

But his place in the top two went unchallenged, especially as team-mate Fabio Quartararo then fell at high speed at Turn 8 after the chequered flag, the championship leader briefly holding his right thigh and limping after the crash but ultimately appearing unhurt.

Honda rider Alex Marquez, who took his maiden MotoGP podium at Le Mans, had crashed at Turn 2 during the session but bounced back to finish best of the rest behind the Yamahas in fourth. He was three tenths off Vinales’ pace and two tenths up on LCR rider Takaaki Nakagami, who made it two Hondas in the top five.

Suzuki’s Joan Mir was sixth, 0.005s behind Nakagami and four hundredths ahead of KTM’s Pol Espargaro, who had spent most of the session as best of the rest behind the Yamahas.

Ducati’s form improved marginally towards the end of the session, but its bikes still didn’t trouble the top 10, with Pramac rider Jack Miller leading the charge in 12th.

Aside from Marquez and the Petronas duo, the other two riders to crash were Avintia Ducati’s Johann Zarco, falling at Turn 14, and Tech3 KTM’s Iker Lecuona, joining fellow rookie Marquez in tumbling at the Turn 2 right-hander. 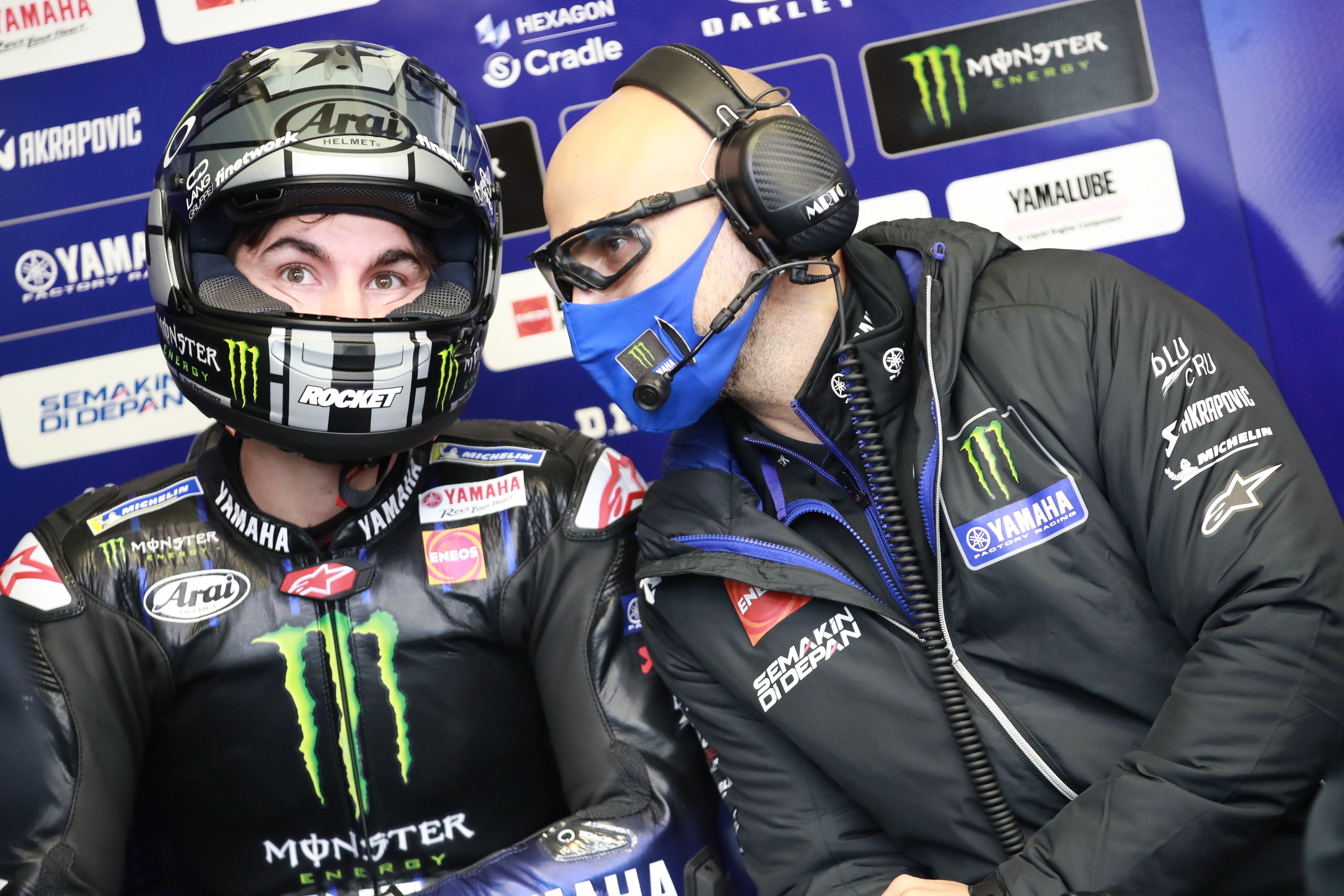