Yamaha’s duo of Fabio Quartararo and Maverick Vinales say they’re plotting a tactical opening few laps to today’s Aragon Grand Prix, as they consider a truce when the lights go out to try and maximise the advantages of the M1 against their MotoGP rivals at the Motorland Aragon circuit.

Hampered dramatically by the Yamaha’s speed disadvantage on the Spanish track’s kilometre-long back straight, both riders know that the only hope they have of victory is an early breakaway – and are determined to make that happen from first and second on the grid respectively. 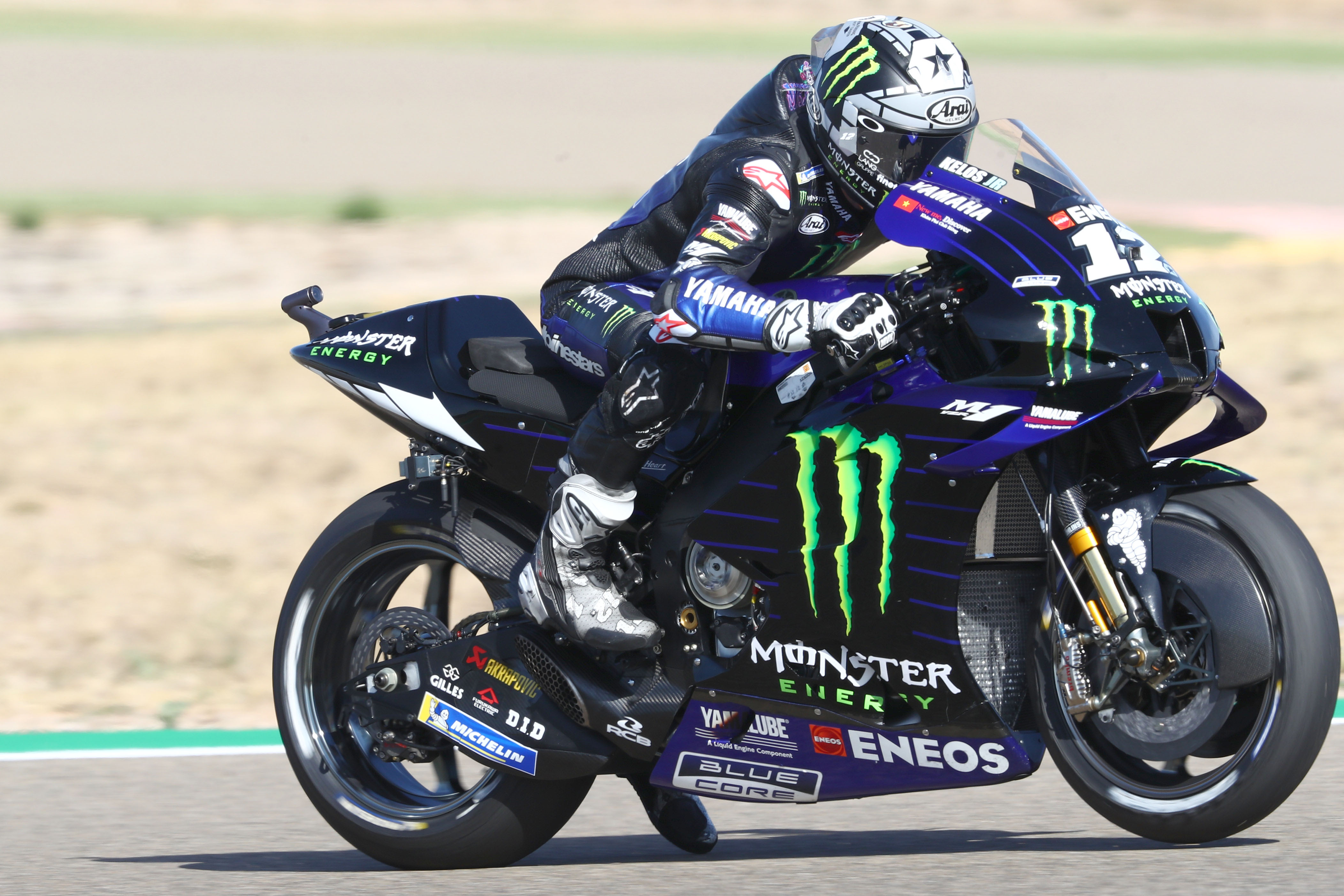 That’s largely because Vinales is adamant that a clean break early on is the only way to win the race – a theory backed up by every Yamaha victory of 2020 coming that way. Unable to compete on the long straight thanks to the speed disadvantage, he told The Race that he’s planning on playing his hand as soon as the lights go out.

“The only tactic I have is to push from the opening corner – to push, push, push. If the tyre finishes the race, then we’ll try again next week. But I think that we have a chance to finish good,” Vinales said.

“I don’t know what will happen – I’ll take all the risk I can take. All that matters is to go at my maximum, to bring my bike to the maximum.”

Petronas Yamaha rider Quartararo, on pole with Vinales second, is a little more prepared to make a calmer start to the race, at least once the initial mayhem settles down – but he too knows that the only way to stay at the front is to get there quickly. 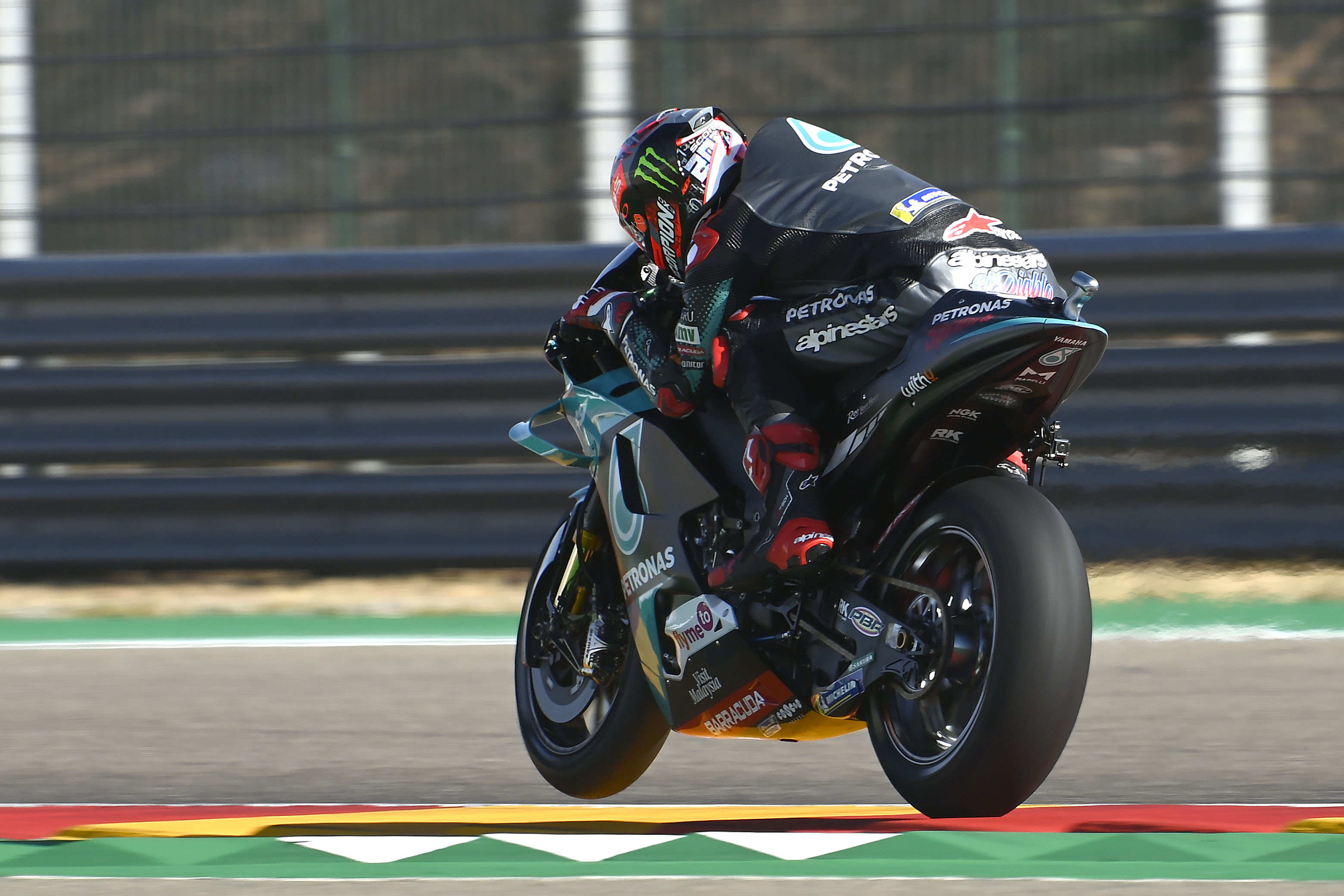 “We know that we need to push in the first laps,” the championship leader told The Race, “but it’s not the only strategy. We know that the strong point of the Yamaha is to try and escape and manage the gap, because if we go into the game of Ducati and Honda it will be so difficult.

“We are one and two so we need to be clever, not to make stupid things, and to have great potential tomorrow. I’m not so happy with my pace right now, but I think tomorrow we can have something extra.”

Quartararo says he’s even prepared to work with his 2021 factory teammate Vinales in the opening laps of the race if he thinks it’s enough to make a break, even if the pair haven’t agreed officially to partner up

“Even if we don’t speak,” he admitted afterwards, “when you’re riding the guy behind can see if you’re playing or not. Tomorrow if I’m still first in the first corner I won’t be playing, because the most important thing will be to make a strong pace.” 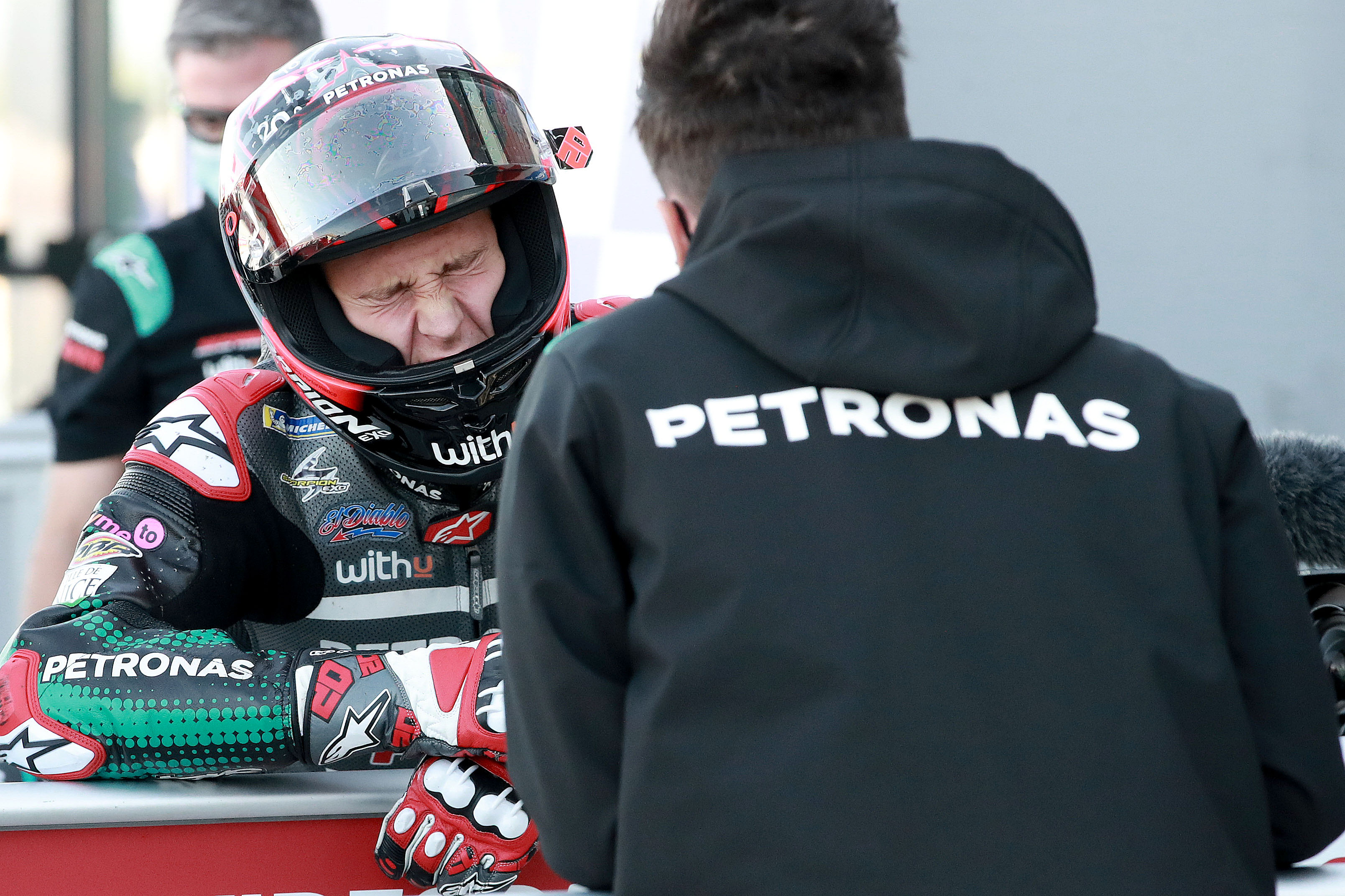 The Frenchman is also walking wounded at the minute after a high-speed fall in practice this morning. Not hampering his speed in qualifying, he nonetheless conceded that the highside left him feeling a little second-hand.

“Nothing is broken, I’m just a little sore in the neck and on the leg, and we can be happy that nothing worse happened.”

Vinales was second behind Takaaki Nakagami in Sunday morning warm-up, with Quartararo sixth-fastest. 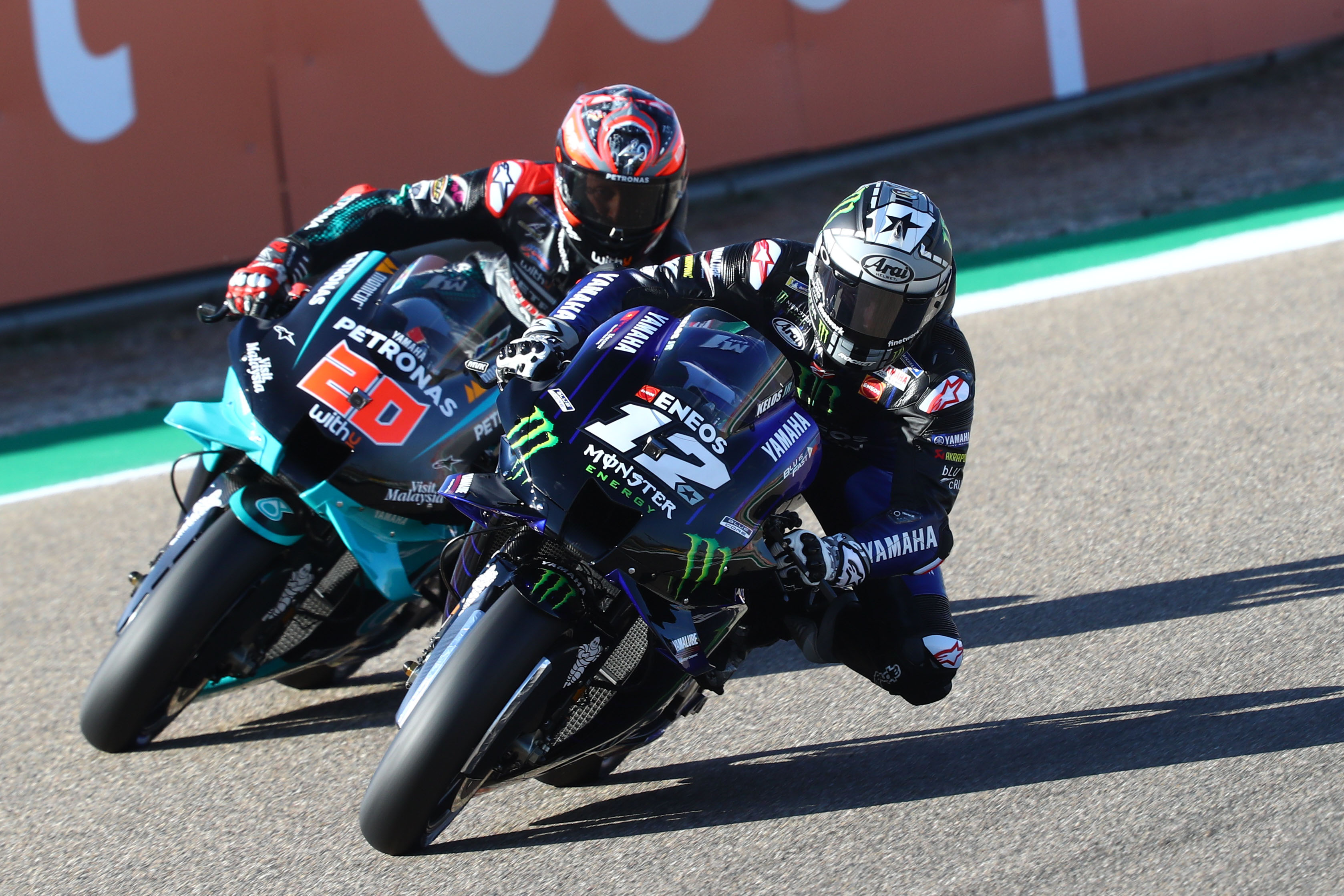