MotoGP’s elder set of racing brothers Pol and Aleix Espargaro have laid the blame for today’s qualifying collision firmly at the feet of a member of the series’ younger racing brothers, with both adamant that it was the actions of Alex Marquez that caused them to come together on track.

The incident happened when Aleix Espargaro was seemingly forced to take avoiding action in the Motorland Aragon circuit’s final corner, sitting up to avoid Marquez and running wide. That in turn left brother Pol with nowhere to go but into the side of the Aprilia, leaving the elder brother fuming afterwards.

“Alex Marquez was in the middle of the track and I had to pick up the bike to avoid a collision with him and then Pol hit me,” he said afterwards. “I was pushing – I did my record time in the first split on this lap, then Alex was on the line in the middle of the last corner. 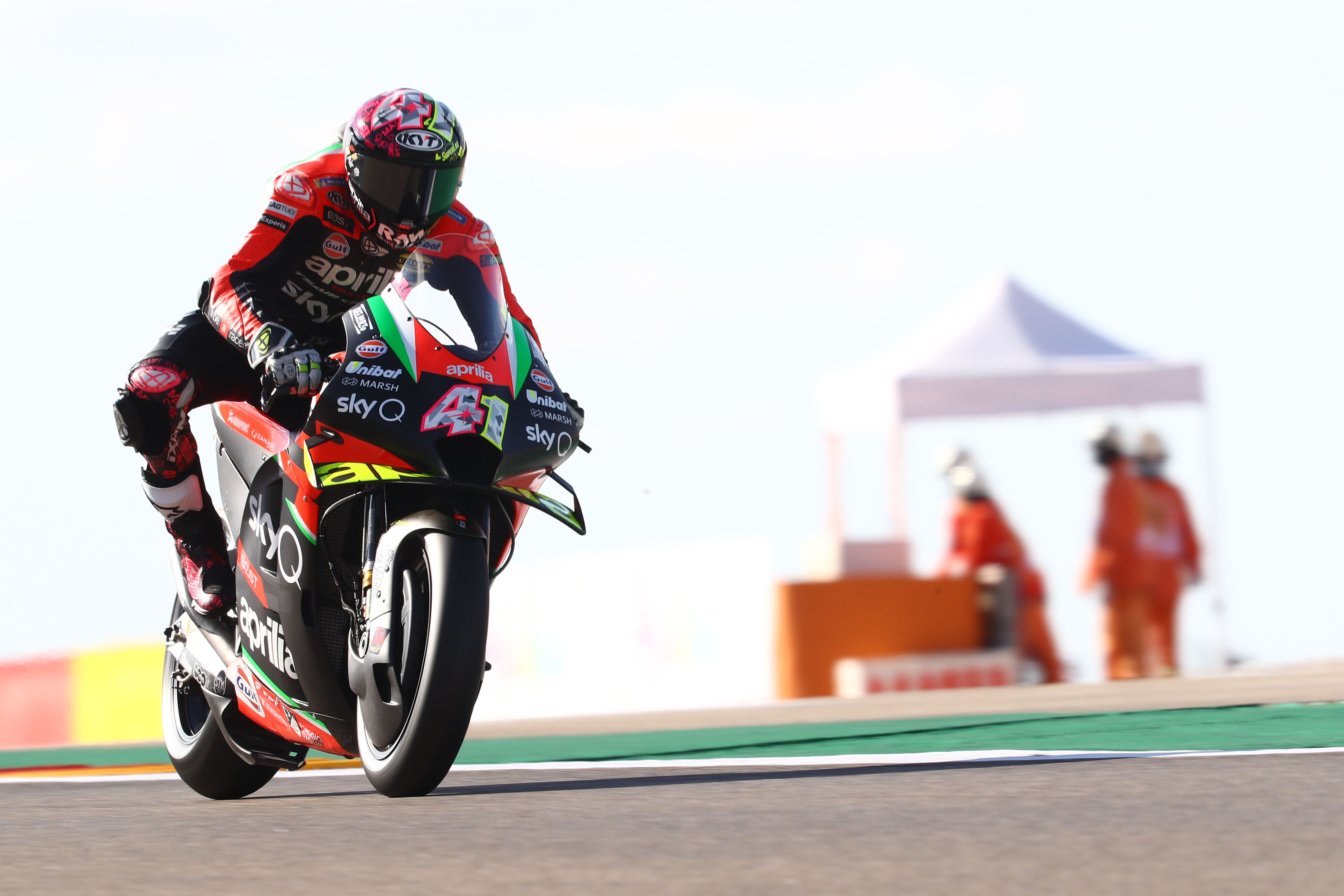 “Maybe I was a little bit wide because I was risking everything on the brakes, but when I picked it up Pol hit me and our qualifying was finished. I don’t get how a MotoGP rider can be stopped in the middle of a corner that we arrive from 350km/h.

“My brother hit me super, super hard on the rear part of my bike and my ankle. I think nothing is broken, but it’s sore, it’s getting bigger and it’s very hot.”

His Red Bull KTM-mounted brother was a little cooler afterwards, perhaps given a series of recent on-track altercations that have left him with a bitter taste in his mouth.

However, despite his reserve, he seemingly called for Marquez to be sanctioned, telling the media in Spanish that “if there is justice, the grid won’t remain as it is now”. 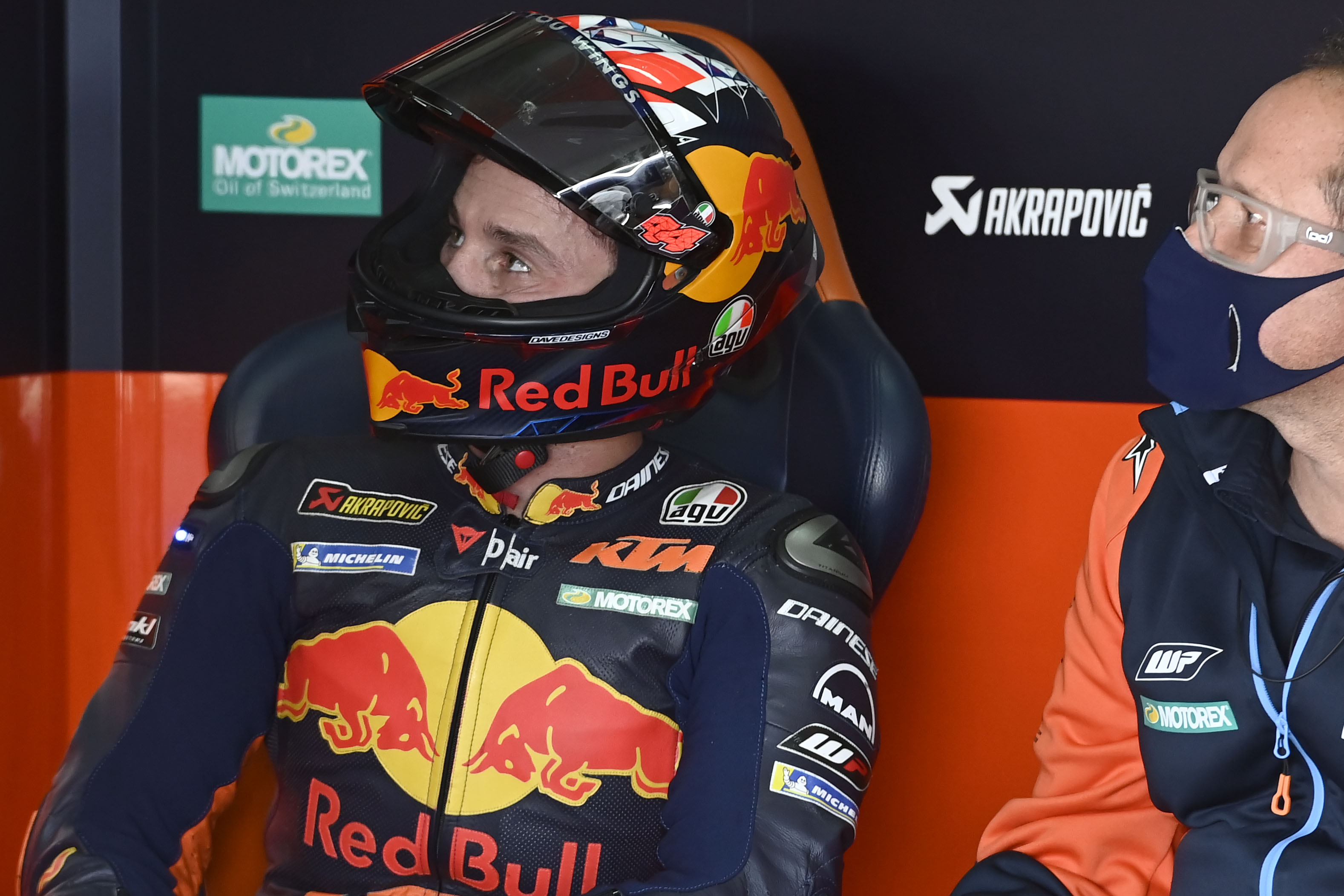 “I’m sorry, but I won’t talk about it,” he continued in English. “When I talk about other riders who are not me, my words get distorted and I really don’t want to get in more trouble. You will know from race direction later what they’re doing to do, and the answer to what really happened.”

For his part, however, Repsol Honda rider Marquez says he didn’t understand what exactly had happened, only witnessing the collision behind him afterwards on TV.

“I don’t know what happened, because I only saw it really quickly on TV afterwards. I was trying to get in behind Vinales, and then I saw that Aleix and Pol were coming so I said ‘ok, I don’t want to be in the middle of the track so I will go wide.’

“I think both of them were going a little wide as well because they were pushing on the braking. Aleix cut the gas and Pol was coming – it’s not that Aleix put the bike in the middle of the track on purpose and for me it’s not a penalty for anyone.” 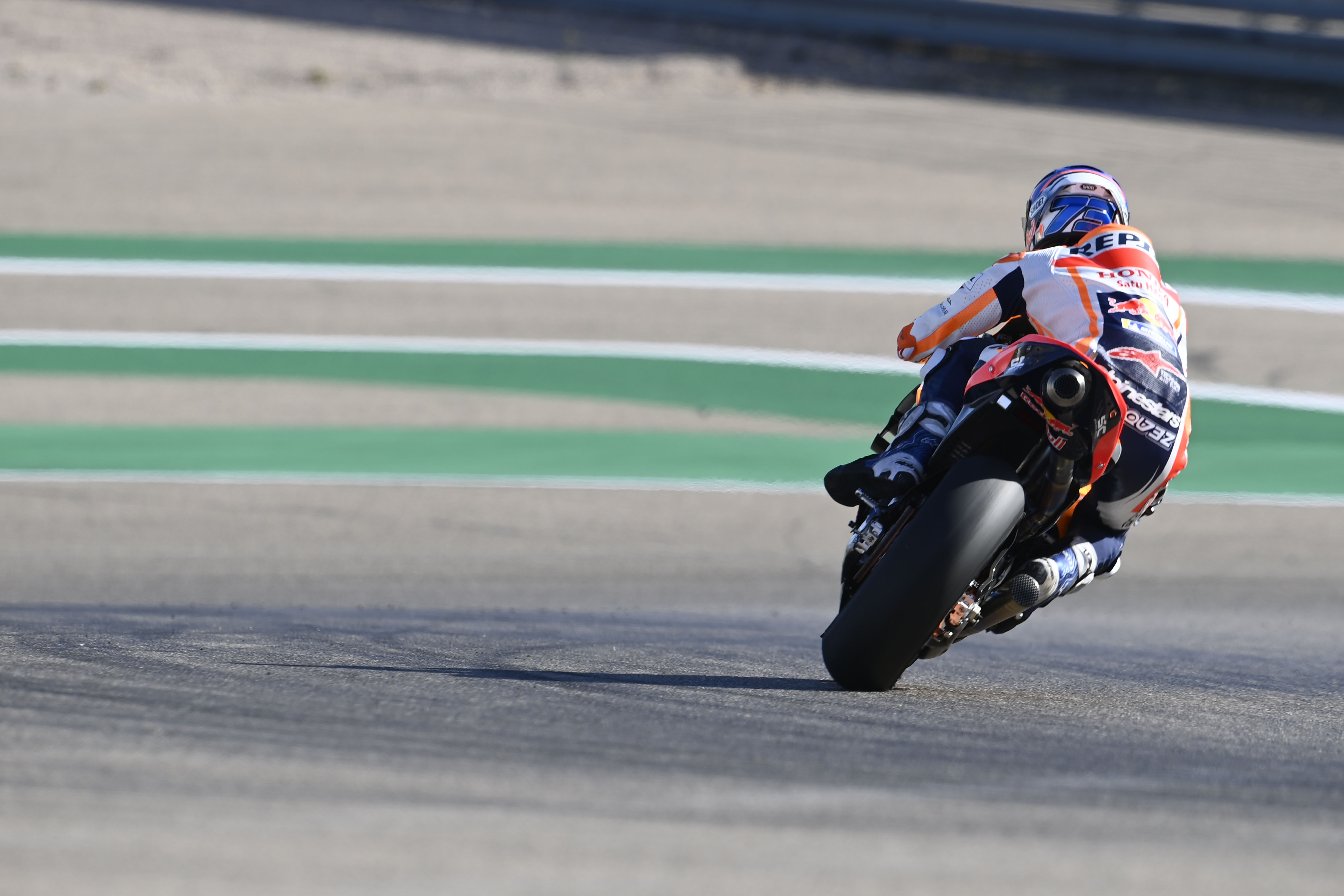 Riders cruising around during sessions has been a persistent issue in the smaller classes, with increasingly severe sanctions handed out by the FIM stewards’ panel to Moto3 riders in particular.

However, with less being made of it in the premier class, Aleix Espargaro wasn’t certain that the penalty his brother called for was coming, admitting only that “everyone knows how 100% of the riders feel about [the stewards]” after a number of decisions recently that have been seen as dubious or borderline.

It came as a shame for both Espargaros that the collision ended their chances of a better qualifying performance, too, with the Aragon track being one that on paper suits Pol’s KTM and is a personal favourite of Aleix’s. 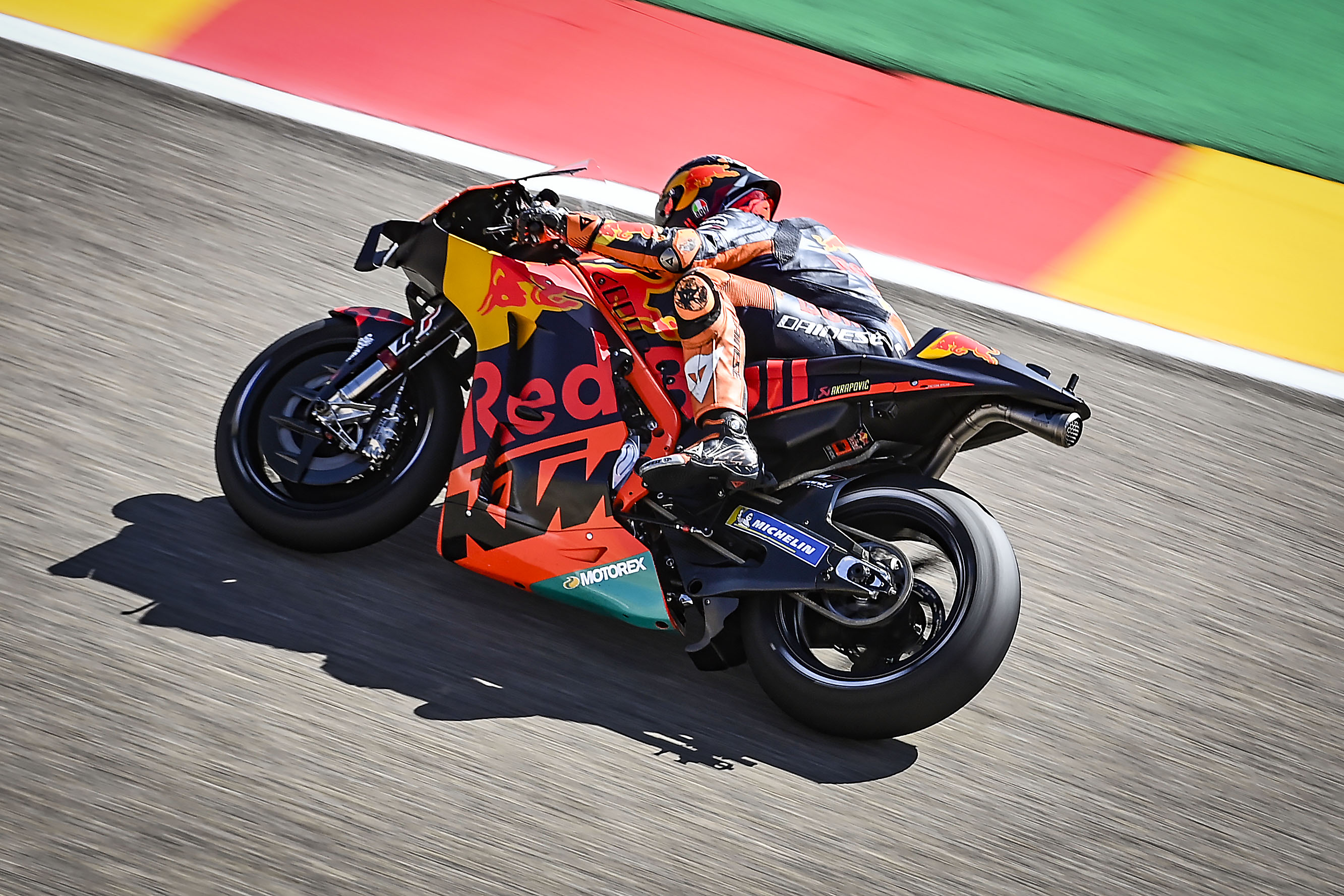 “Today was going good until the qualifying,” Pol fumed after qualifying 12th. “I took good time to set-up the session, I did not want to crash because the conditions were tricky and I wanted to do the fast lap in the second run. Everything was going very good until that last corner. It was a shame not to get on the second row; it should have been possible.”

His brother will start from directly in front of him in ninth at the circuit where he’s previously matched his best-ever Aprilia result of fifth – and says that, despite being so far back, he’s confident about the race.

“We do well here – that’s no surprise – but I also expected something more. It’s a shame since it was important to start as far forward as possible on such an even playing field.

“But in any case, I’m pleased with the setup, because it lets me maintain a fast pace even on used tyres. Aragon is definitely a good chance for us and, since we have to do two races here, we’ll try to get the most out of it.”