MotoGP riders are largely unconvinced by this week’s announcement that the series is to trial radio communications.

Honda rider Stefan Bradl – Marc Marquez’s current injury stand-in – experimented with the system in Friday practice at Misano before it is rolled out to the whole grid at Tuesday’s test at the Italian circuit.

While it was initially designed to be used to allow race control to message riders with safety concerns, there are nonetheless plans to potentially roll it out to allow full two-way communications between racers and their teams – an altogether more controversial option.

“We’re not going to be singing like Lando Norris, but it should be possible to just say yes or no” :: Stefan Bradl

“At the beginning it will only be used by race direction to communicate recorded, predetermined messages about flags, penalties, things like this,” MotoGP managing director Carlos Ezpeleta explained.

Bradl isn’t the first to trial such a system, with previous attempts aborted when it was acknowledged that the technology wasn’t yet mature enough. 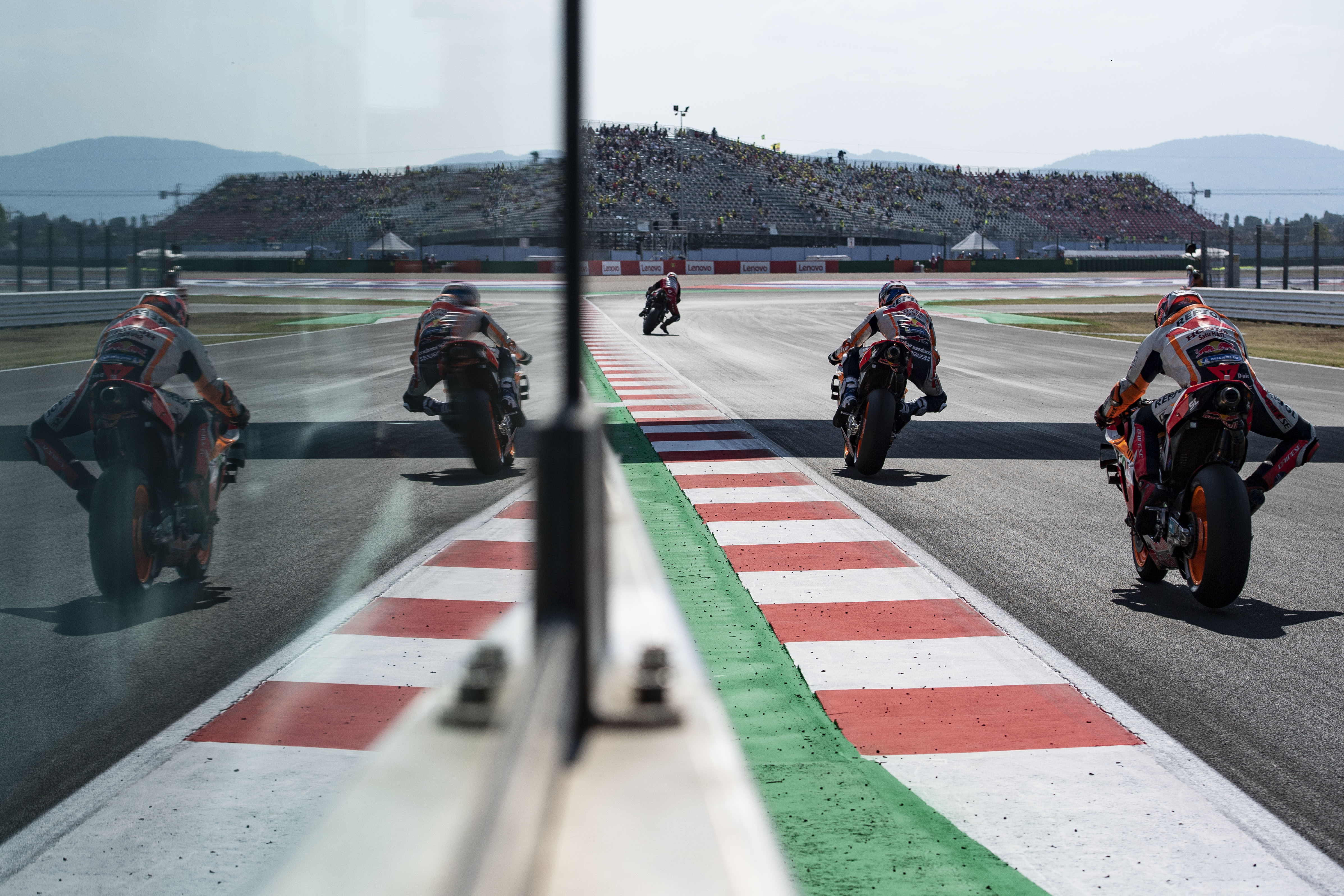 However, while the systems might have moved on, Bradl admitted after his first attempt that there is still work to be done in perfecting it.

“I was able to listen to two messages they gave me, but I couldn’t hear the third one clearly with the wind,” he said.

“With the movement of my head, the earplugs moved and they didn’t block the noise of the bike and the wind.

“It’s not a problem and we know the solution – we need to find some earplugs that are covering the noise from the bike but still allow us to hear the messages – but this is finetuning.

“If we put radios on, the next thing will be that the garages control what’s happening on the bike. It’ll be less human and more machine, like what is happening in F1” :: Pol Espargaro

“If we can understand the messages, we’re not going to be singing like Lando Norris, but it should be possible to just say yes or no, to confirm the requests of the team or race control.

The concept already had a strong proponent in the shape of nine-time world champion Valentino Rossi. 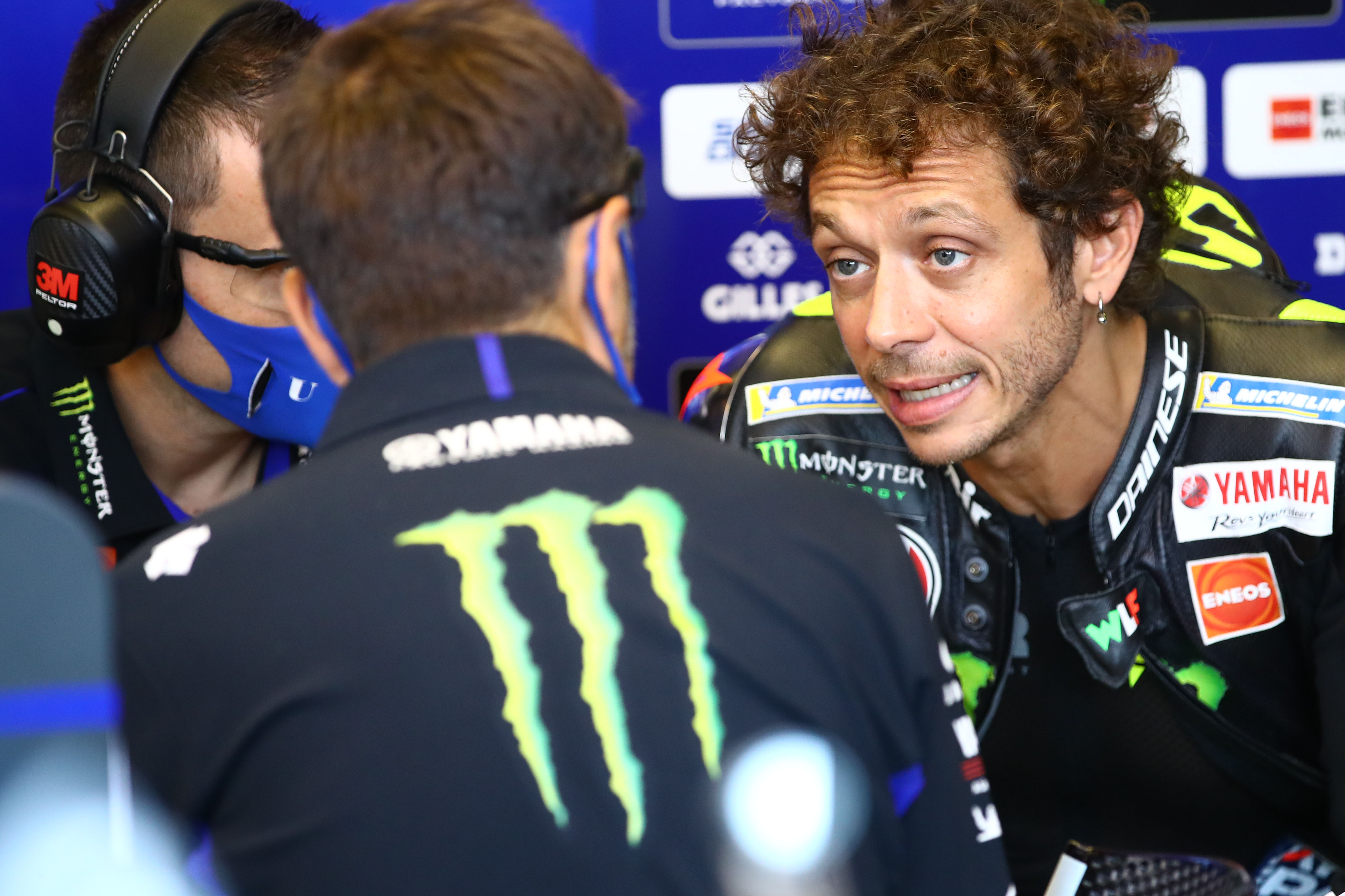 A keen car racer in his free time, Rossi has considerable experience of using similar systems and believes that they can only add to the show in MotoGP.

“It’s true that I’m an old-school rider, but I’m also a car driver sometimes and everyone uses the communications box,” said Rossi.

“It’s very good, and it would be a good step forward for MotoGP.

“The strong point of MotoGP compared to F1 is that the races are more fun, because the battles are stronger. 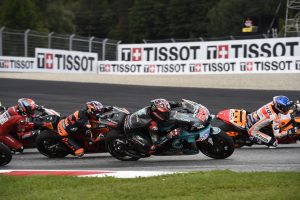 “F1 is the top motorsport in the world, the performance of the car is unbelievable, and the challenge is to build the fastest cars in the world.

“Sometimes the races are boring, but not because of radio communications. We hear a lot of communication because they are funny and interesting, and there can be a lot of laps where nothing happens!”

That enthusiasm is not shared by the entire MotoGP grid, with KTM rider Pol Espargaro adamant that radio links from the pitwall to the bike would destroy the entire nature of motorcycle racing should they be fully implemented in the future.

“The problem for me will be the noise, and if we can do that and get some communications with race direction for safety reasons that’s very good,” said Espargaro. 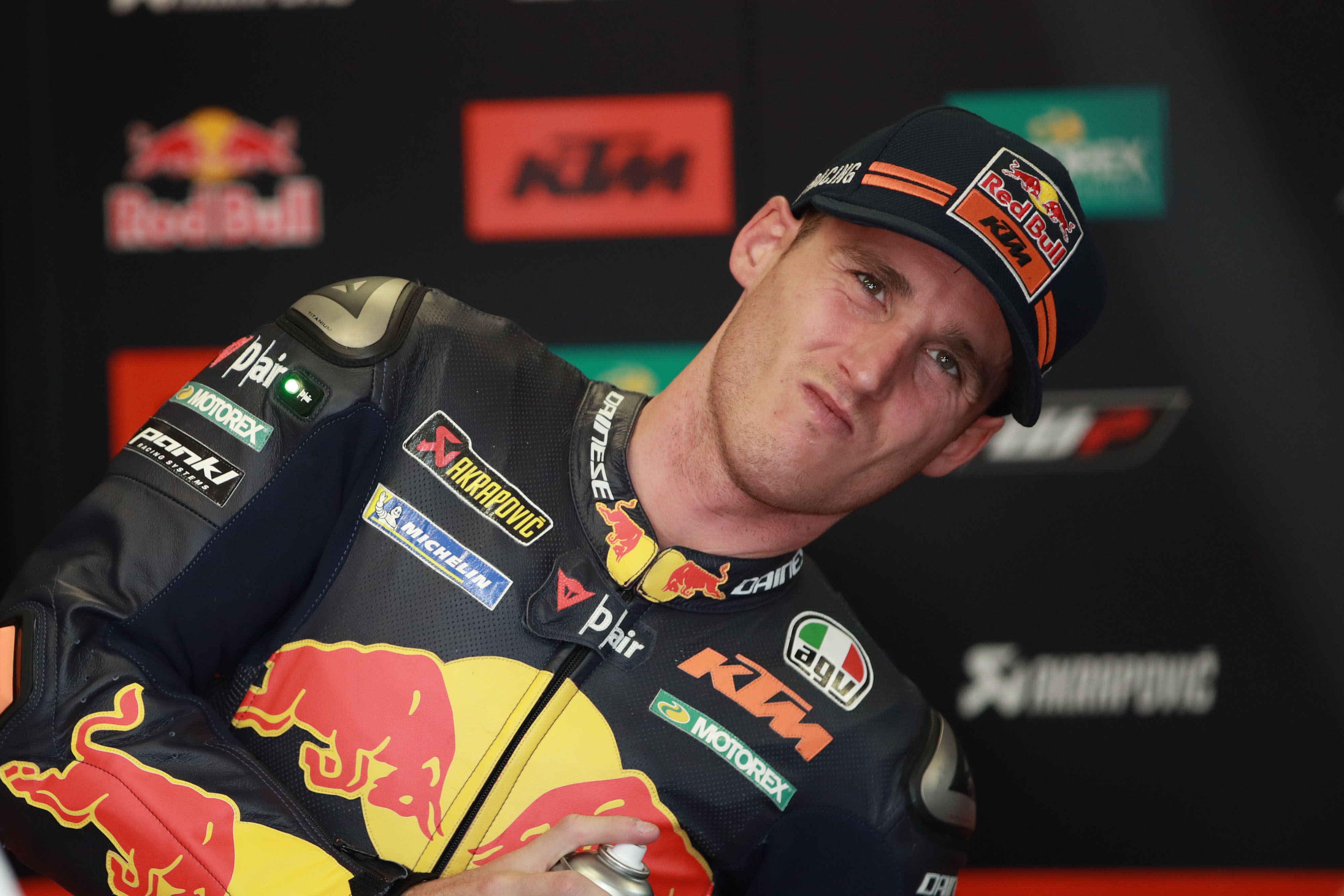 “But I like that in the end it’s the rider who decides what happens on the bike.

“If we put radios on, the next thing will be that the garages control what’s happening on the bike, and the step after that will be that they can see all the telemetry from the bike and will tell the rider what to do.

“It’ll be less human and more machine, like what is happening in F1. I don’t like this and I want to keep it a human sport.

“It’s sometimes not fair with the different bikes, and if we keep adding things like this it’ll become even more unfair.”

“I’d be the Kimi Raikkonen of MotoGP” :: Cal Crutchlow

While the focus of the current trial is improving safety, championship leader Fabio Quartararo says that there are more important safety measures that could be implemented first – like updating the current system of dashboard messages so that they arrive instantaneously for riders.

“It’s already difficult enough to ride without someone talking in your ear, so I can’t imagine how hard it would make it,” said Quartararo.

“But already when you get sent information it arrives at the end of the sector, and that is at least 20 seconds later.

“So to have clearer messages would be important, for example if there is a bike in the middle of the track.

“I don’t know if we can do that with the radios and we won’t know until we try it, but for sure Dorna needs to work on sending clearer messages to us.” 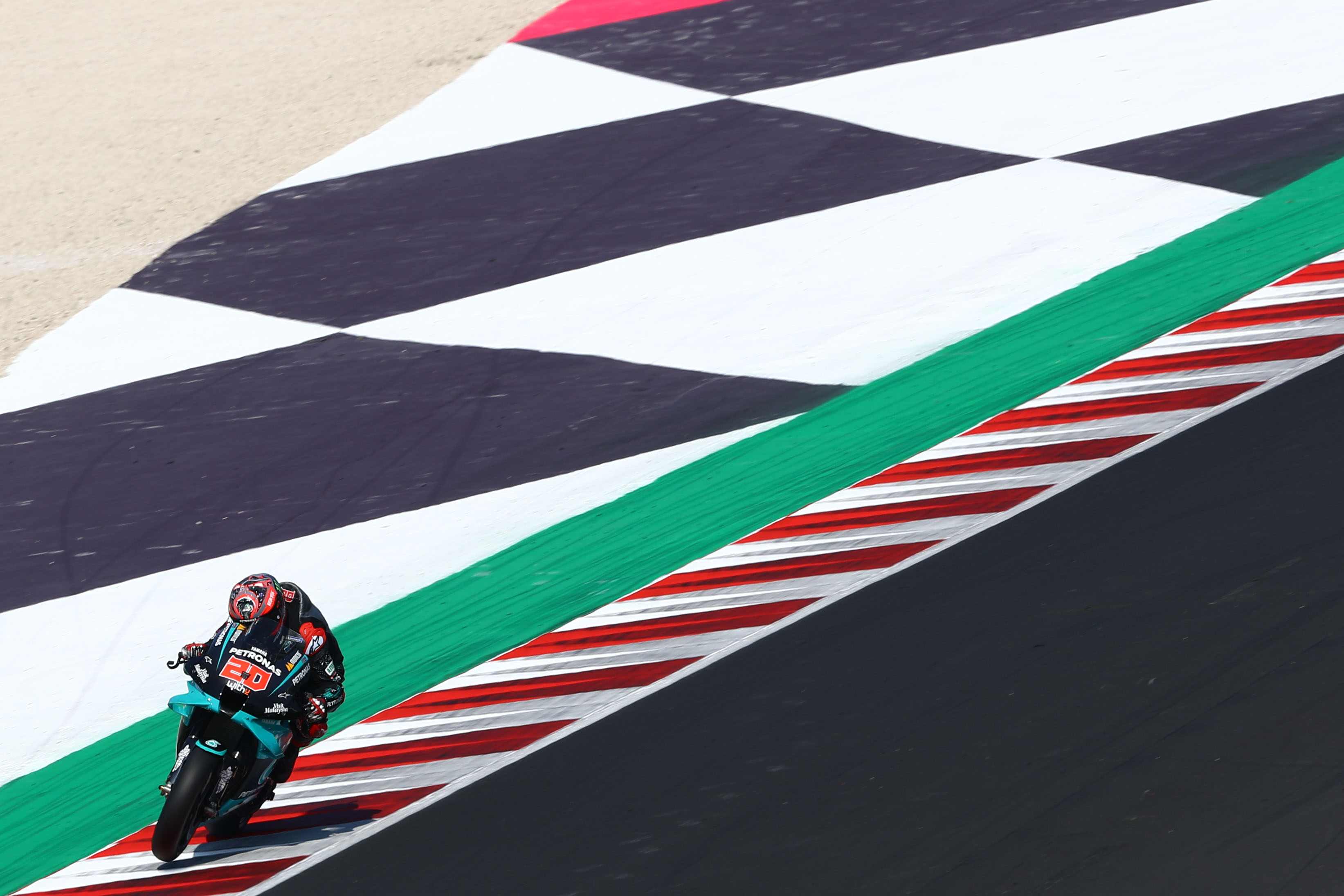 That’s a matter where Espargaro is in complete agreement with Quartararo.

The initial conversation about radios was triggered by a number of recent incidents where riders haven’t been able to see yellow or red flags trackside – and that’s where Espargaro believes a different example from F1 should be implemented.

“We have talked so much in the safety commission about these systems, especially now at the minute that we’ve been complaining that we can’t see the yellow flags,” he said.

“I want to try yellow light panels like they use in F1. They said they’re trying to do it in the future but that in the short term they want to try with the radios.”

While rider-to-garage communications might be far away, there are still a few riders on the MotoGP grid who are a little apprehensive about what might happen if they’re put on air during races.

“It’ll be quite funny!” Cal Crutchlow admitted. “I’d be the Kimi Raikkonen of MotoGP – can you imagine Jack [Miller] and I speaking to the teams? It would be constantly bleeped out!” 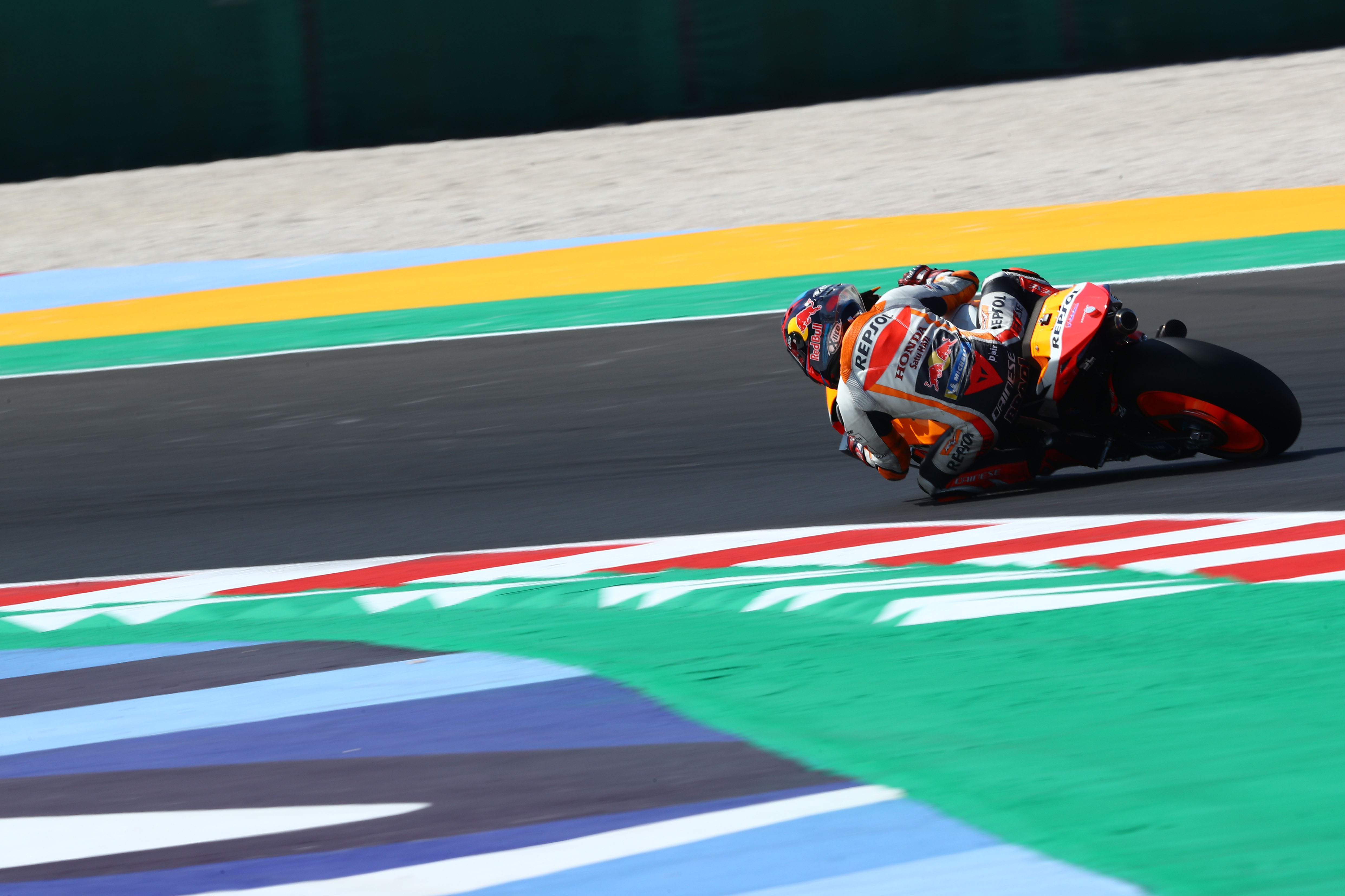