Franco Morbidelli is running a Spike Lee-inspired helmet for his home race this weekend at the San Marino Grand Prix, with the Petronas SRT Yamaha rider the first in MotoGP to publicly lend his support to 2020’s global anti-racism protests with the special design.

Teaming up with legendary designer Aldo Drudi to come up with the custom AGV that he’ll wear in tomorrow’s race, he delivered an impassioned explanation of the design after qualifying in second place for tomorrow’s race at Misano.

“When I decided to make the special design for this year’s event, I wanted to deal with a big matter and a big topic: racism,” said Morbidelli. 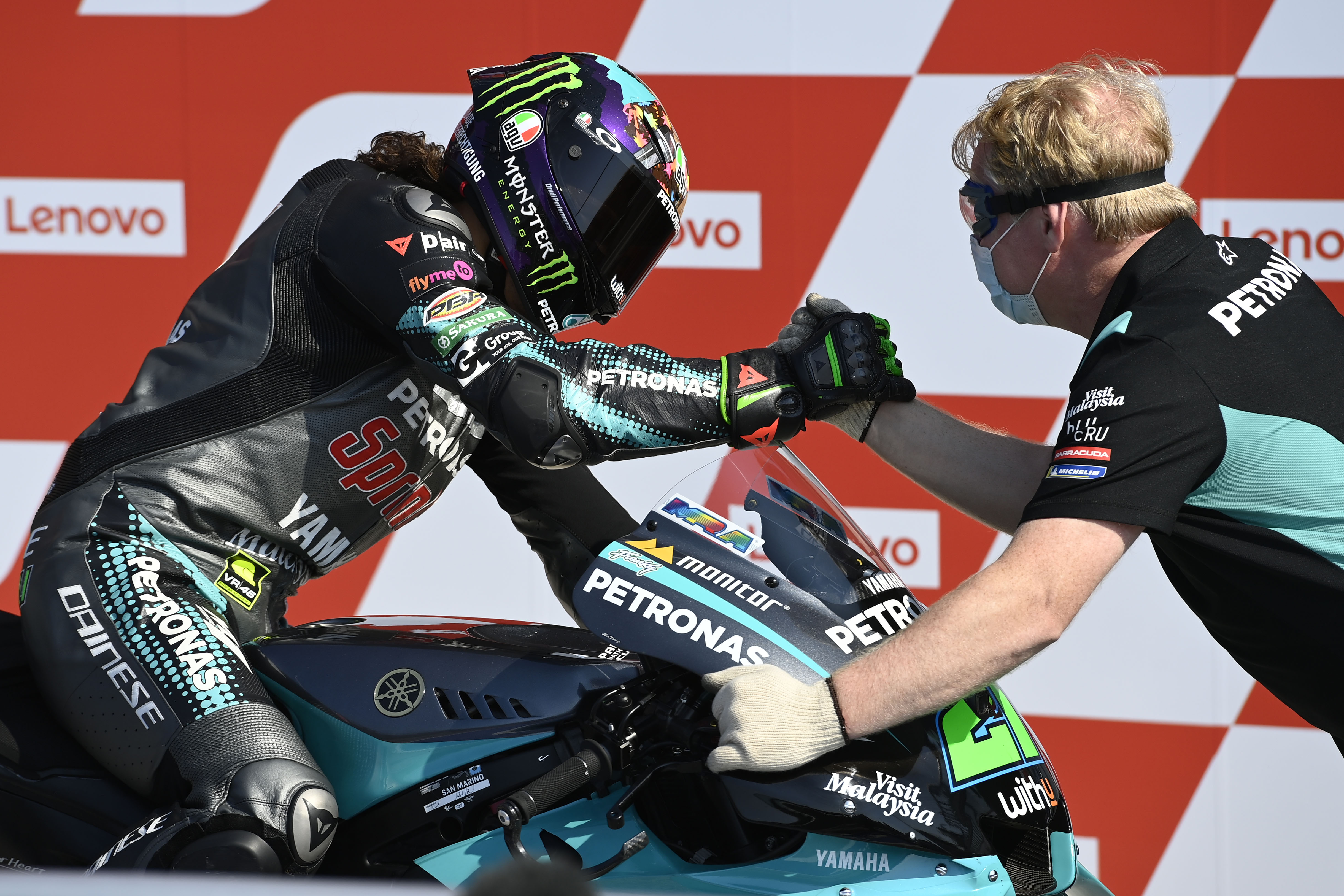 “But I also wanted to have the whole of 2020 on it, because this year started in a really bad way and a lot of not very likeable things have happened in 2020.

“But we’re trying to put on a show for the audience and make them feel good, so I wanted to treat the topic with some lightness, not to be too heavy.

“There is a Spike Lee movie called Do The Right Thing that treats this matter in the right way, and I suggest it to all of you.

“We are all the same, and the virus has reminded us of this in a bad way” :: Franco Morbidelli

“There is a character who at one point in the movie says ‘stop all this BS, stop hating each other, take a time out.’

“I decided to put myself in his shoes and to stamp myself on the helmet.

“I wanted to send a message of equality in different languages too, because this is one of the most important things to remember.

“We are all the same, and the virus has reminded us of this in a bad way.

“We need to remember the good things about it too, and I think it was the best message to send and in the lightest way possible.” 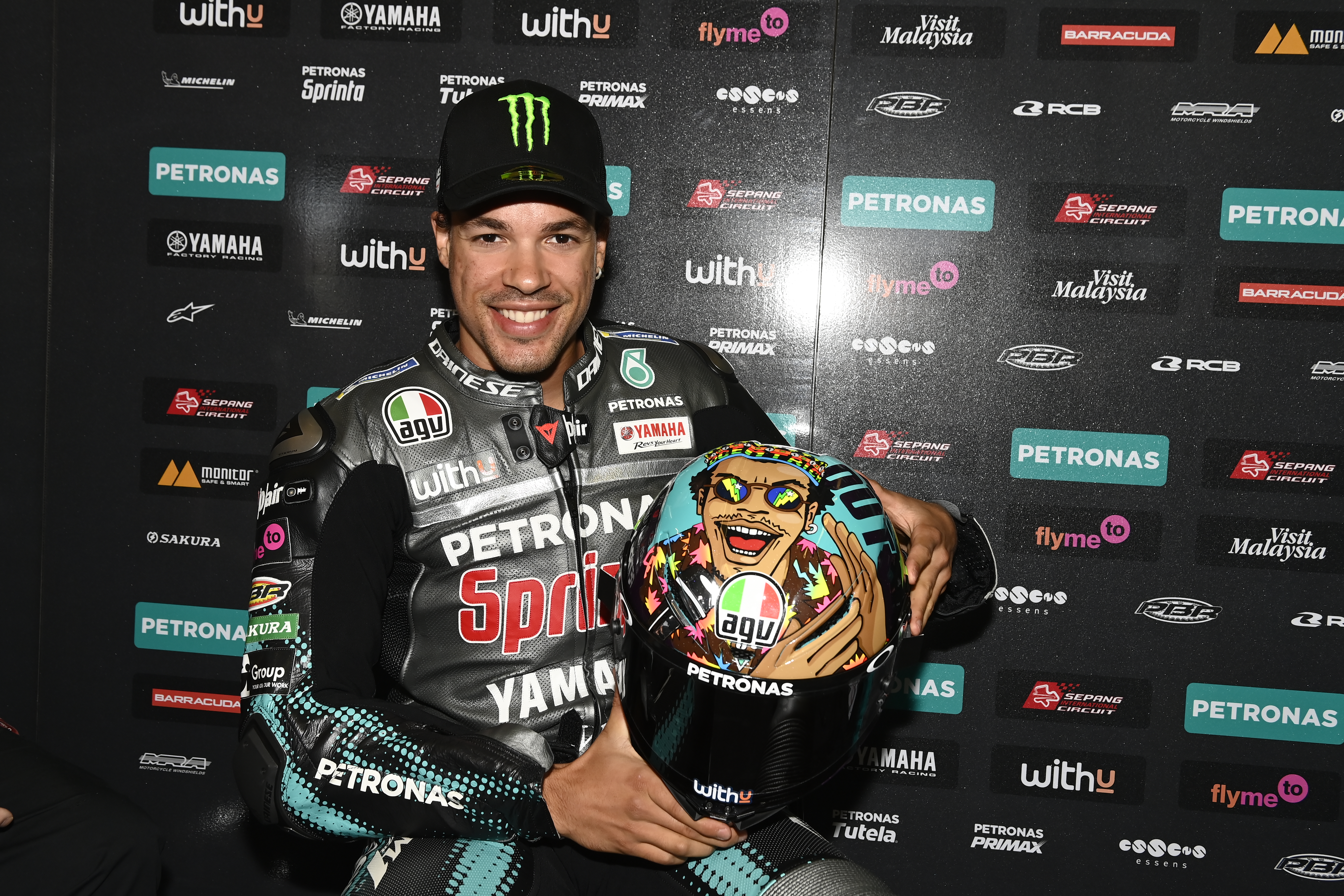 Growing up in Italy but half Brazilian, Morbidelli has spoken out recently about anti-racism protests and the Black Lives Matter movement, admitting that his childhood experiences as someone who looked different means it is a matter close to his heart.

“Protests against racism and prejudice are very dear to me,” he told Cycle World last month.

“I am not black, but more coloured than not, and have suffered discrimination for the colour of my skin, especially as a kid attending school in Rome.

“A lot has been done to fight racism, but there is still a lot to do and I believe that legends like Lewis Hamilton can contribute. 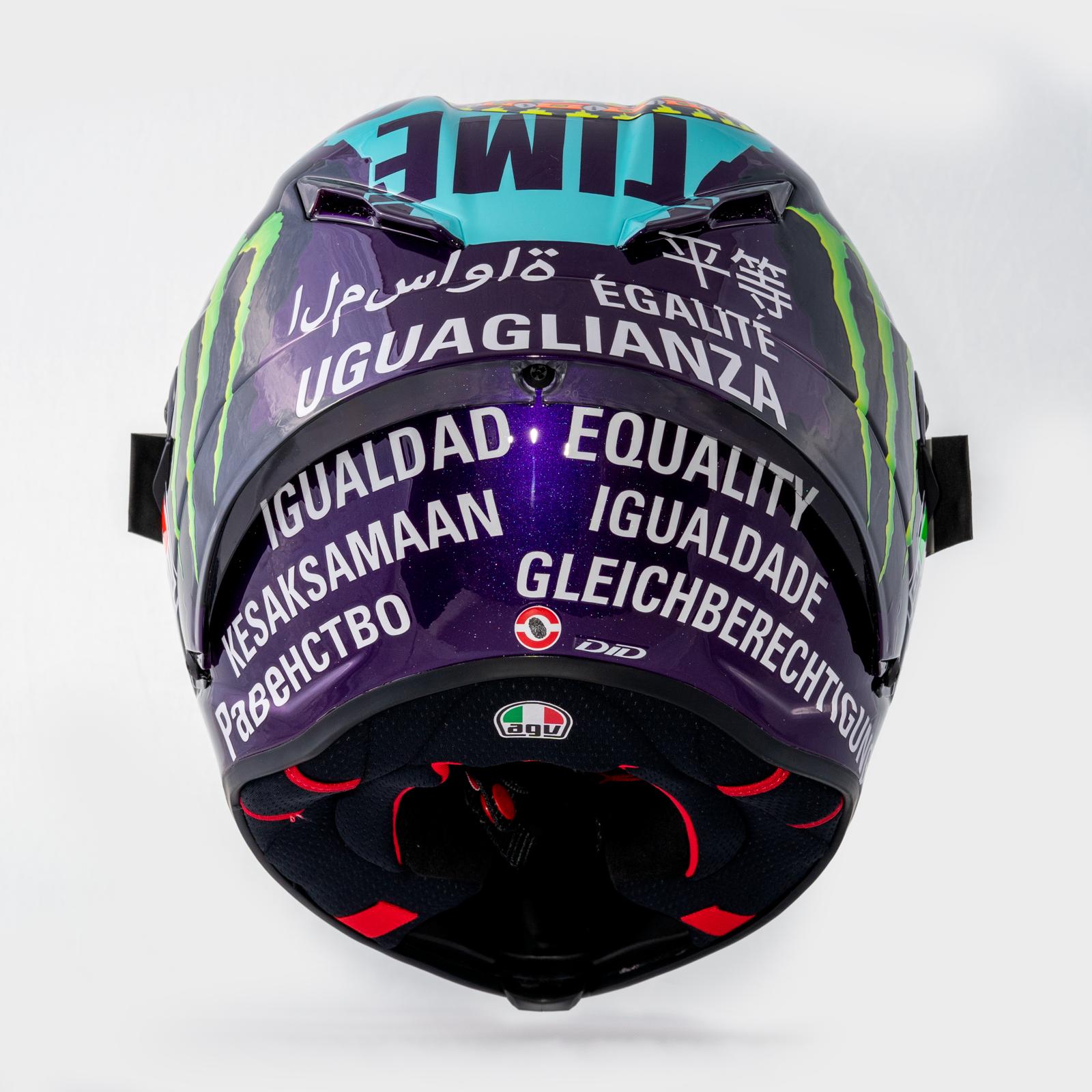 “We did some #WeRaceAsOne initiatives, but MotoGP focused more on the fight against COVID-19 and its consequences, rather than the condemnation of racism, maybe because there isn’t a black hero in the series like Lewis.

“Because of the colour of my skin, maybe I should take his example and become an ambassador of social values.

“But first I need to earn some credibility on the track. This is key if you want to raise your voice and be heard.” 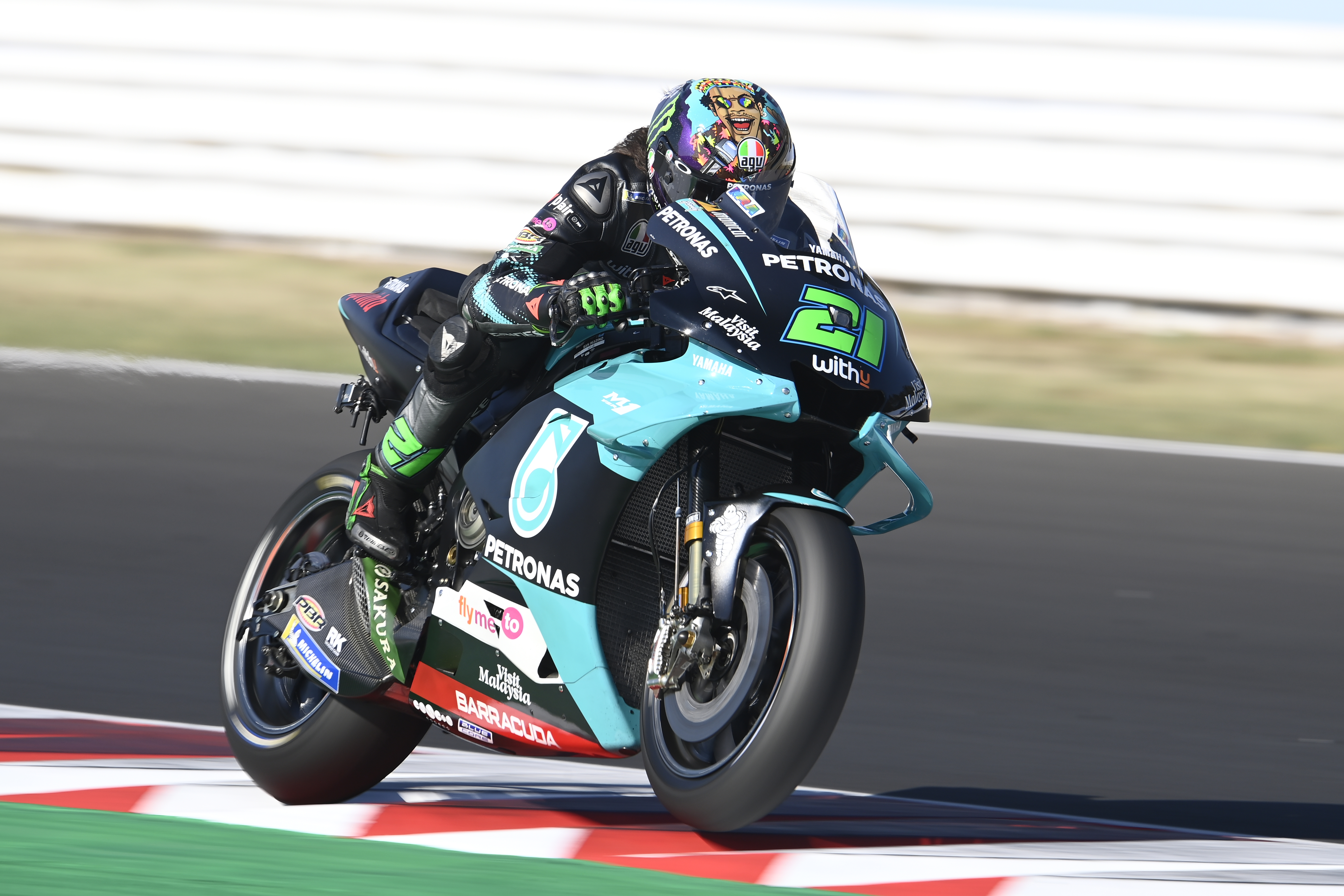 His impressive statement ahead of tomorrow’s sixth race of the shortened and delayed MotoGP season marks the first public stance made by any competitor in the championship, with MotoGP’s response to the global movement being notably absent even as four-wheeled counterparts in F1 and NASCAR have used their platform.

MotoGP CEO Carmelo Ezpeleta, who controversially stated in an interview that there was no need for an anti-racism campaign within the series as there was no racism to counter.

That’s a view that Francis Bradfield – helmet technician for some of the biggest names in the MotoGP paddock – disagrees with.

The Londoner, who spoke to The Race’s Hidden Voices podcast recently, says that it’s clear from looking around him that more needs to be done before the series can call itself properly diverse.

“I do think there is an issue with diversity. There are only a few black people in every paddock and I think it’s important to understand why,” he told presenter Claire Cottingham.

“In some ways, it’s a really diverse world, but it’s important that everyone is represented properly too.”