Sep 13 2020
By Simon Patterson and Valentin Khorounzhiy
No Comments

With Yamahas locking out the first four spots on the grid for Sunday’s San Marino Grand Prix – a feat that the manufacturer hasn’t accomplished since Eddie Lawson led a charge at Jerez in 1992 – it looks all but a given that one of its quartet goes into today’s race at Misano as the likely victor.

That’s the view of many of its MotoGP rivals, too, with an intimidating performance by Maverick Viñales, Franco Morbidelli, Fabio Quartararo and Valentino Rossi sending a warning to the rest of the grid about how slim their chances are likely to be.

“I think that Yamaha will make a different race from the rest of us tomorrow,” Ducati rider Andrea Dovizioso conceded after qualifying ninth. “After them there is a group with Ducati, Suzuki and maybe KTM that have the same pace, and in 27 laps many things can happen.

“With the feeling that I have with the bike, ninth is OK. I was able to be in the second row, but I couldn’t put every sector together on the same lap. It was important because Misano is very narrow and tight and it’s important to be at the front, but I wasn’t able to do it.” 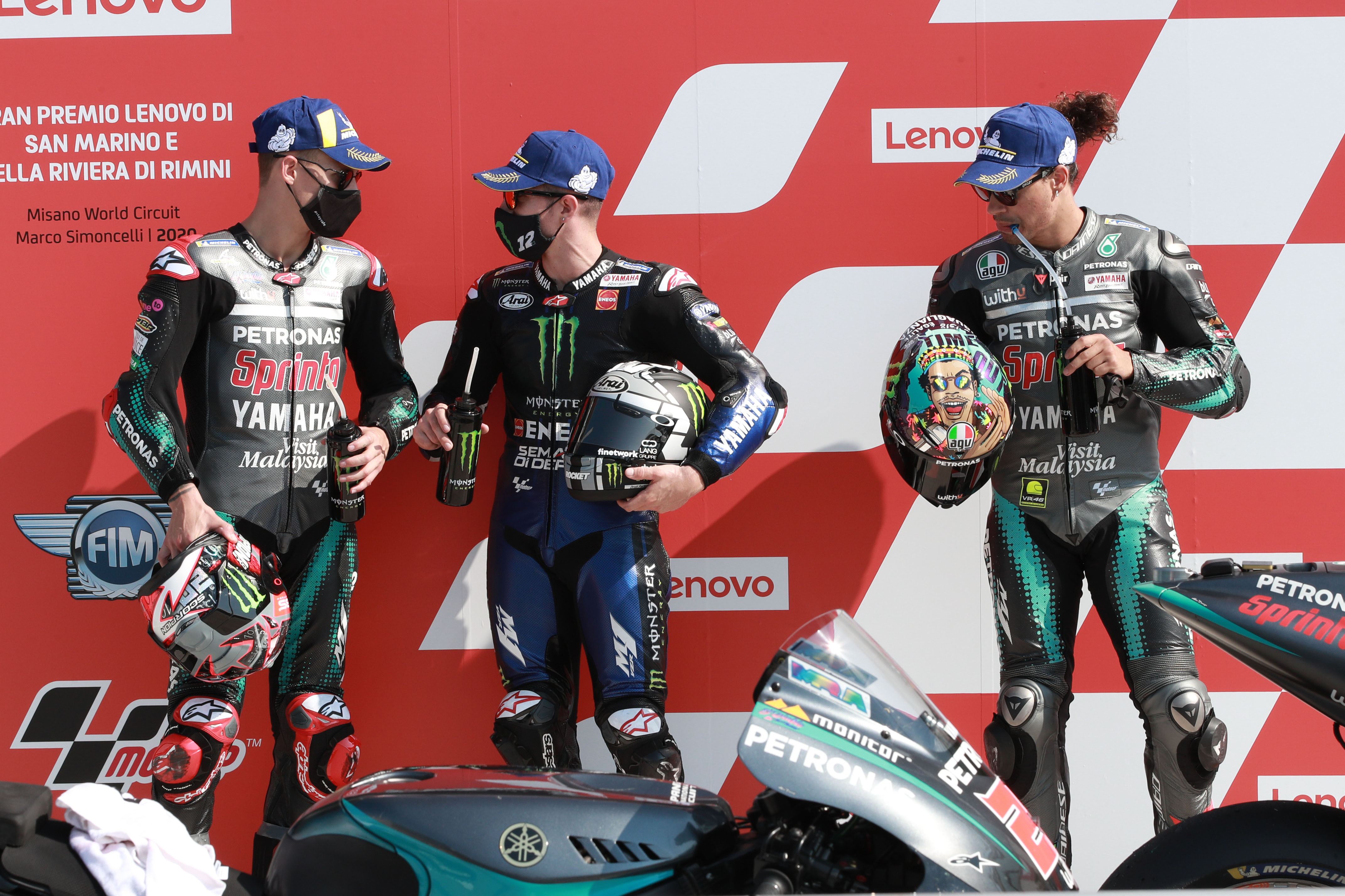 Suzuki rider Alex Rins has similar opinions about the likely shape of tomorrow’s race, even if he is keeping an open mind about what is possible, admitting that the Yamaha riders have found something that gives them a little bit of an advantage over the GSX-RR, MotoGP’s only other inline-four engined bike and a machine that was expecting to make an impact at Misano.

“It looks like they’ve got a bit of extra grip on the lean angle and the bike is more stable over the bumps,” Rins said of the Yamahas. “But race day can change everything, so let’s see how things work out.” 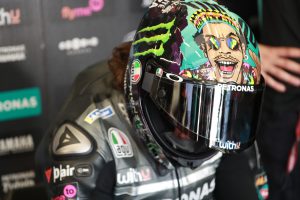 It’s Dovizioso who has been left with a lot of work to do as he seeks to protect his second place championship position though – something that will be easier said than done as title leader Quartararo looks set to be able to fight for the win.

“Today was exactly like last year,” Quartararo admitted t12 months after only losing out on victory to the absent Marc Marquez in the final corner.

“I felt so great in practice, but in qualifying I had no feeling with the front, and at a track like this, without it you can’t really push for a real time attack. I think that after the three bad races we had, to see the four Yamahas at the front, I’m so happy to see the bike has the potential to fight for the victory again.

“We knew that Misano was going to be better because the track is more Yamaha than Austria was, and I can’t wait to get going because I feel so good on the bike.” 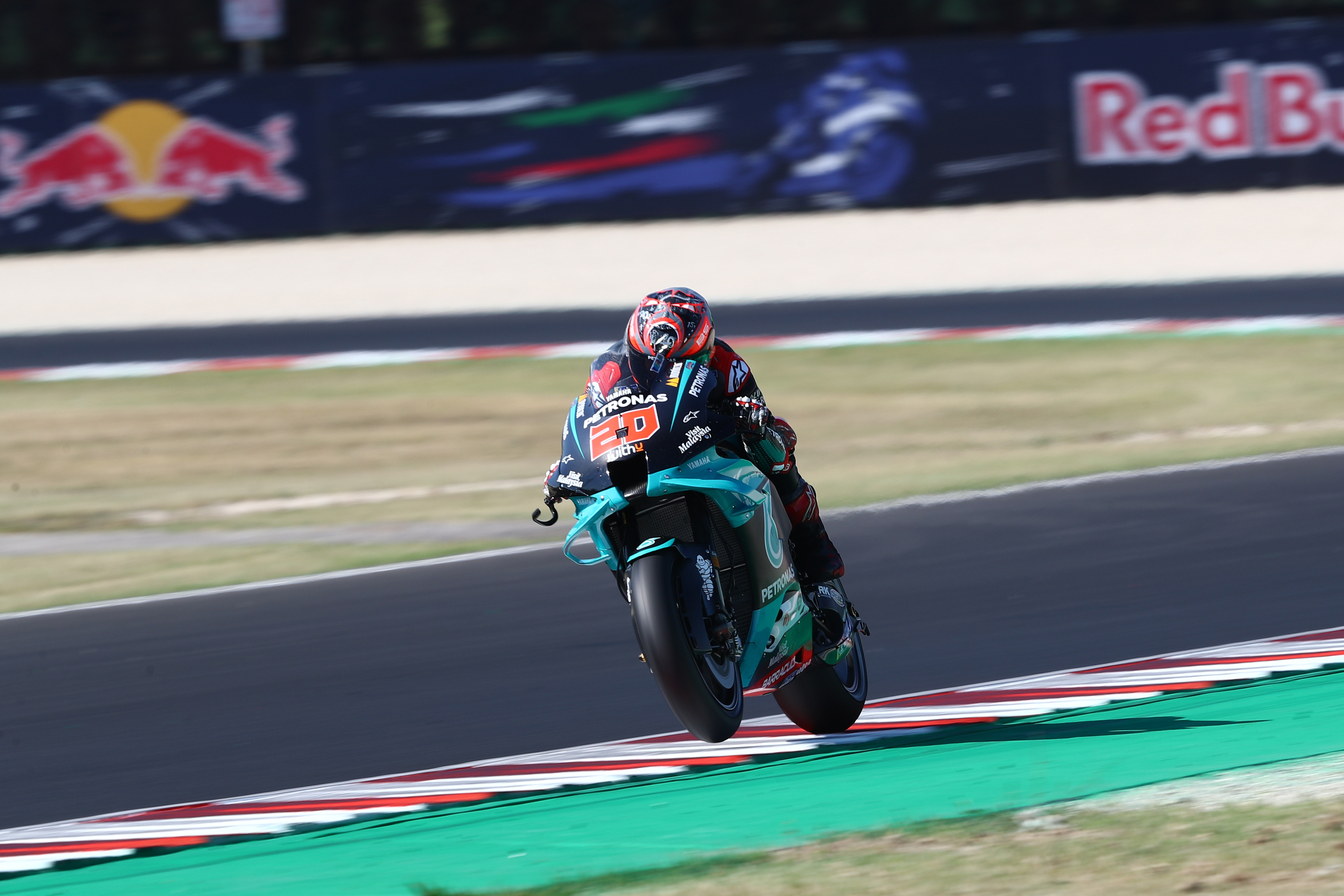 While championship pressure is firmly on the shoulders of both Dovizioso and Quartararo, poleman Maverick Viñales is going into the race with an entirely different mentality – and could be a pain to both.

After three disastrous results in Brno and the Red Bull Ring, he was insistent that his only goal for the race was to be in the fight and see how it plays out come the chequered flag at Misano. 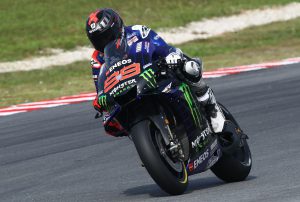 “The only thing I want for tomorrow is to enjoy the race, after three bad rounds,” Vinales said. “I’m going to push a lot from the first corner to the end, and I don’t care too much about the result because I want to have fun and enjoy myself.

“The race is always very different and I’m not sure what will happen, but honestly all I want to do is to battle again.”

Yamaha topped each of the four practice sessions, and while Sunday morning warm-up honours went to LCR Honda’s Takaaki Nakagami, the Yamaha quartet was using older rear tyres than most of their rivals.

However, there’s one thing that Quartararo says could change the shape of the battle – Ducati’s holeshot device and the speed with which its riders can launch their bikes off the line when the lights go out. 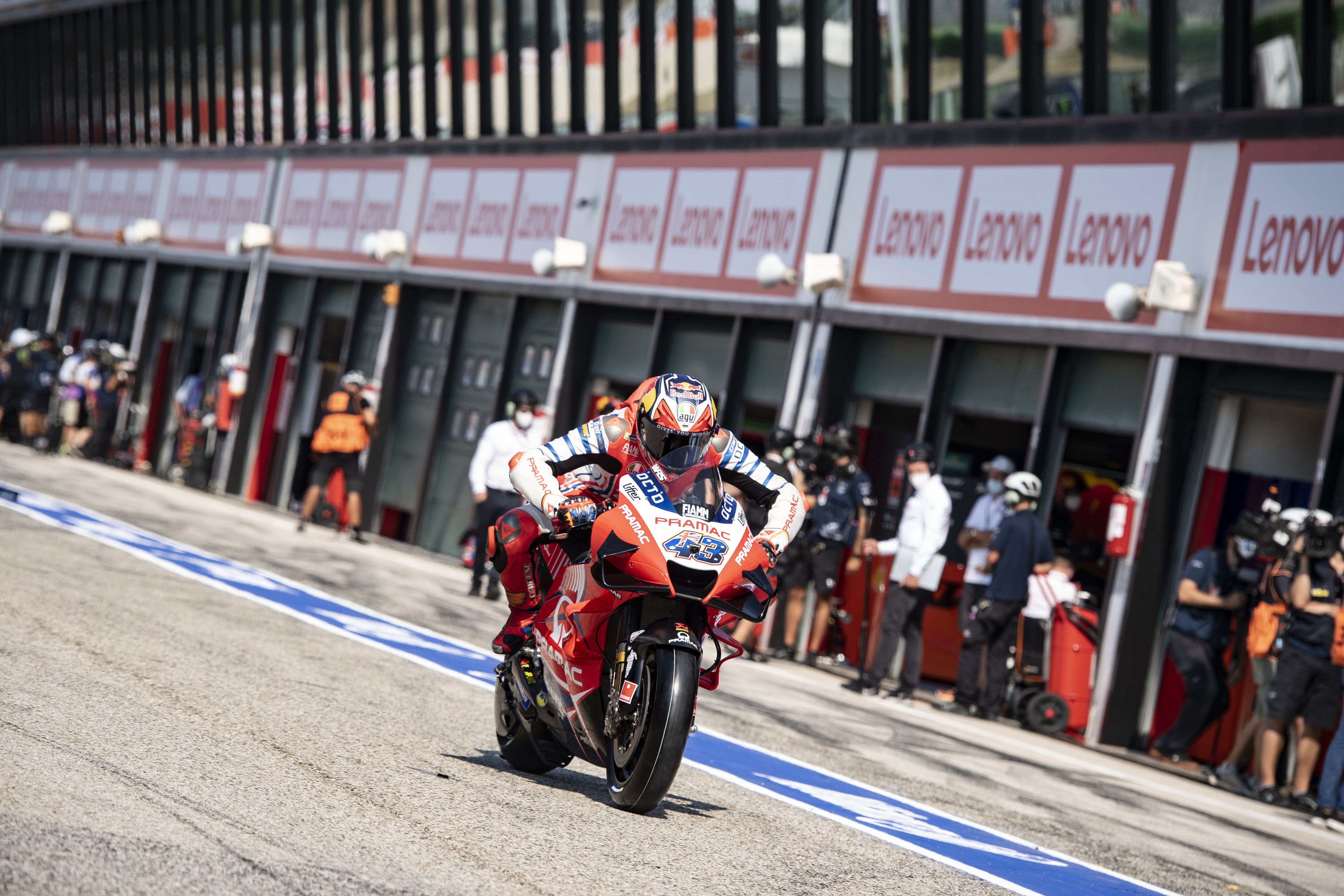 Jack Miller and Pecco Baganaia are lining up behind the Yamahas on the second row of the grid, and should the Pramac riders be able to get off the line well then Quartararo knows that the nature of Misano will make them hard to overtake again.

“Jack is fifth, and with the rocket launcher for sure he’ll be there in the first corner. We know that he always makes great starts and it’ll be important not to lose too much time to him. For sure Yamaha have great pace, but a few of the others can be too.

“Rins looks to be quite fast, but for me if everyone arrives to the middle of the race safely then it’ll be a Yamaha fight for the win because it looks like we’ve got a little bit of extra pace at the end of the race.” 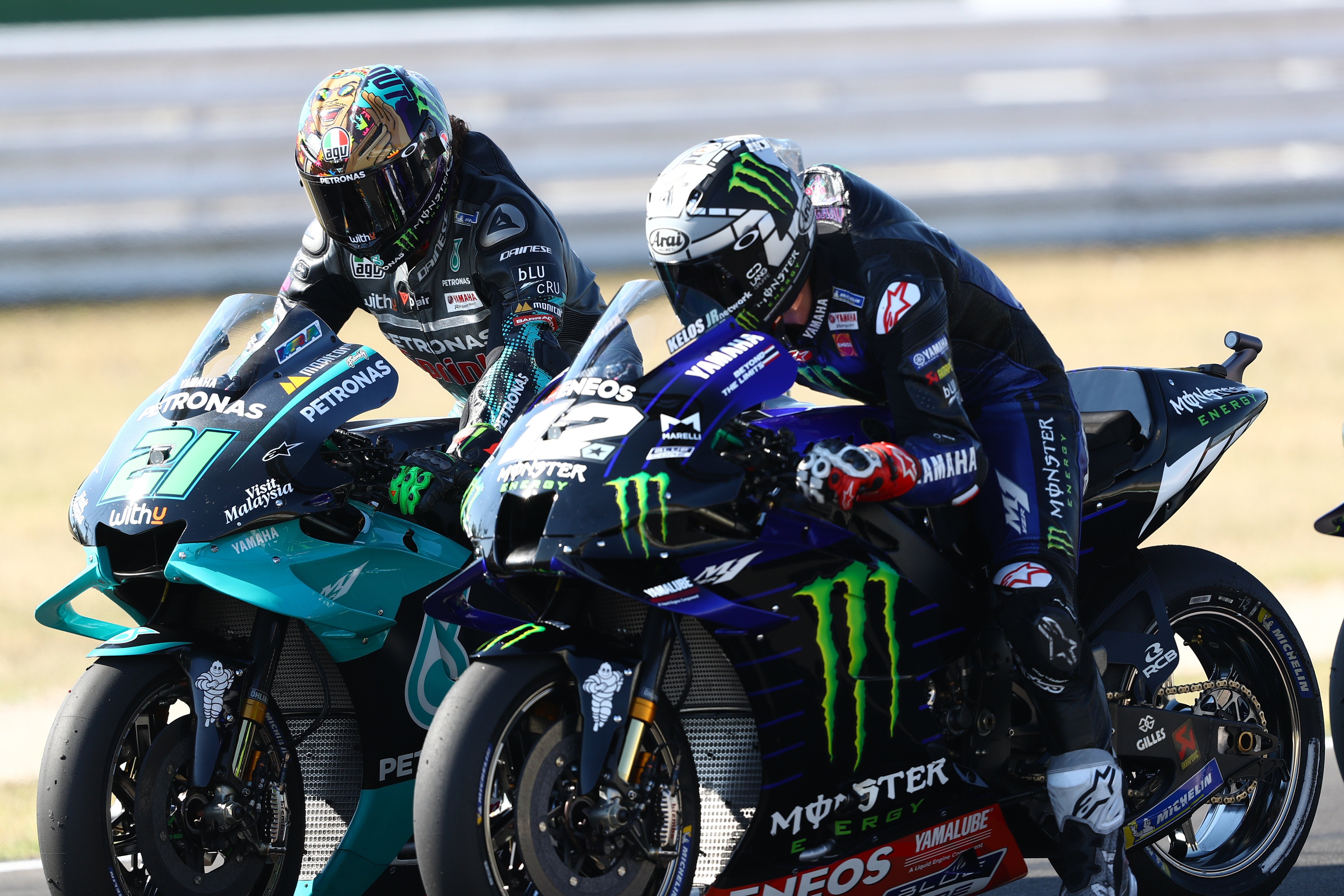