MotoGP title contender Maverick Vinales says his attempt at a start without electronic assistance at Le Mans was inspired by watching Dani Pedrosa, and plans to keep trying the method despite it backfiring in the French Grand Prix.

Fifth on the grid at a damp Le Mans, Vinales was shuffled outside of the top 10 by the time the field had exited the first corner, and was then compromised by Yamaha team-mate Valentino Rossi crashing ahead of him, which forced Vinales to take avoiding action and left him at the back of the field.

After the race, the Spaniard revealed that the initial poor start was caused by him “trying to start on my own, without electronics” but being “unable to hear my bike[‘s revs] and to be precise”. 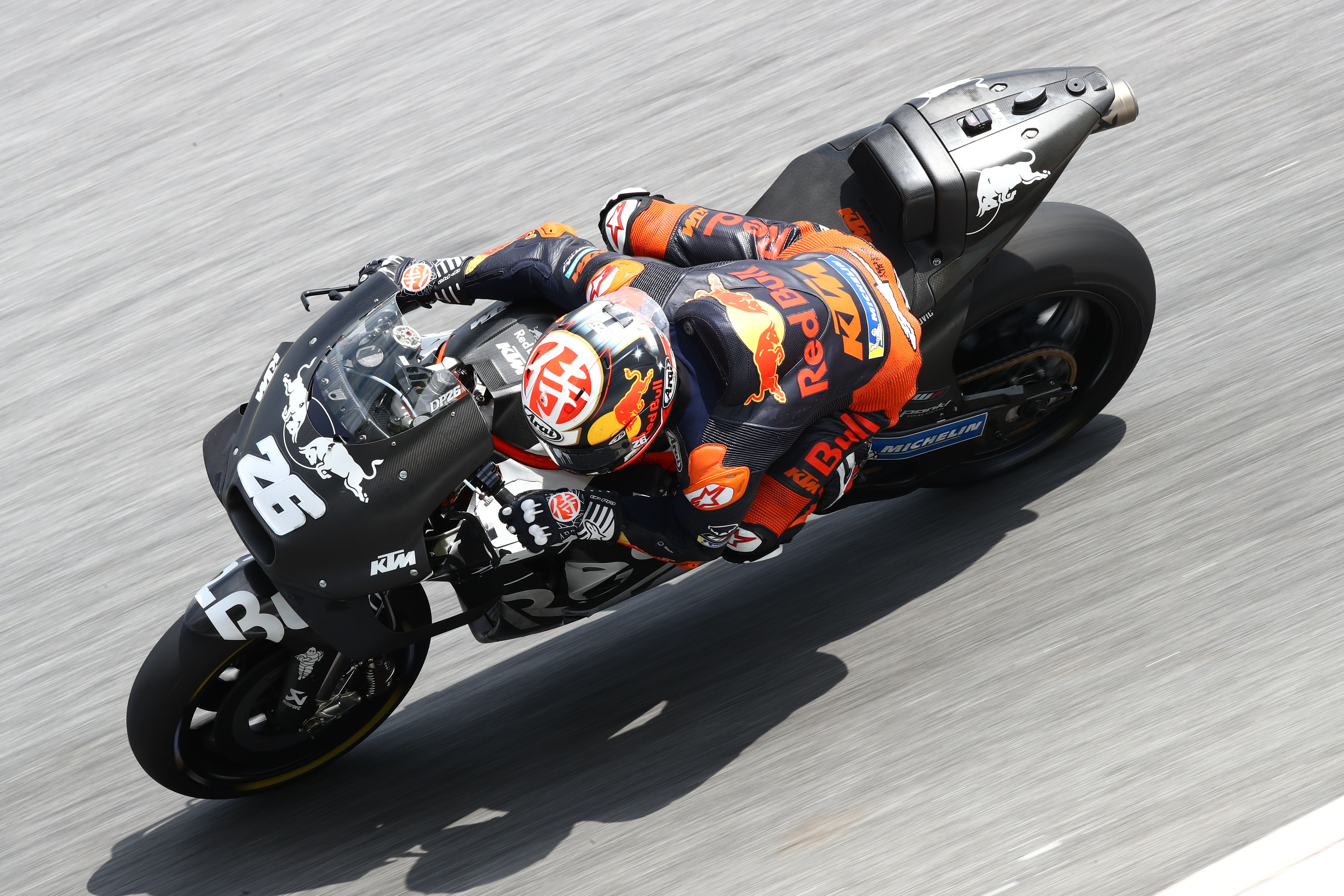 He said then that he would revert to using launch control from Aragon onwards, but on Thursday ahead of this weekend’s Grand Prix indicated that he’d had a change of heart.

When asked how the initial idea came about, Vinales said: “I tried because sometimes it didn’t work the same [in the race compared to practice].

“When you’re in practice, it’s five litres [of fuel], when you’re in the race it’s 20 litres. So it’s pretty different, the feeling.

“But I saw in Portimao Pedrosa was starting without electronics, and the start seemed so fast. So I tried it and in practice I started really good, better than my normal start. But in the race was too difficult.

“I need more practice starts to be competitive. We’ll continue trying, we’ll try to do it my way and I’ll try to be much more competitive in the next start.” 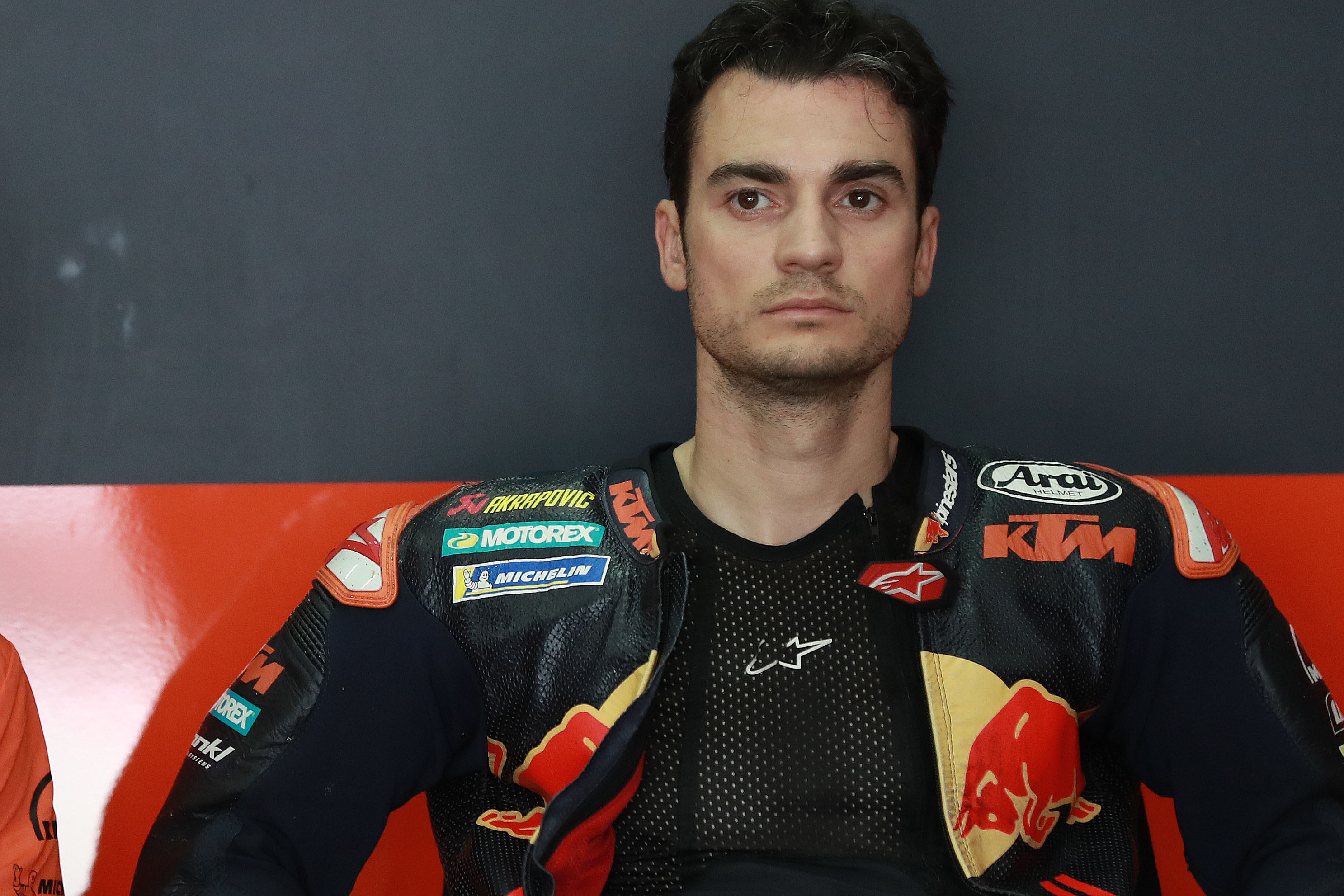 KTM test rider Pedrosa (above) was among those trialling MotoGP machinery at the Portimao-based Algarve circuit, the new season finale venue for 2020, during a two-day test earlier this month – with Vinales also in attendance but on a street bike due to his status as a MotoGP race rider.

Vinales reiterated that it was his idea to try to make a start without using launch control, and that this did not mean he was forsaking the use of the bike’s ride height-adjusting holeshot device as well.

He indicated he would try to practice starting with more bikes around so as not to be caught out again by the sound issue, before adding: “But anyway finally it’s like a mechanism, you have to get the mechanism [right] and that’s it. It can be a really good start, so I will believe.”

Though Vinales’ start gamble didn’t work out at Le Mans, his desire to find a solution was understandable, as both in 2020 and for much of his previous Yamaha career he has been frustrated by bad getaways, compounded by Yamaha’s lack of straightline performance. 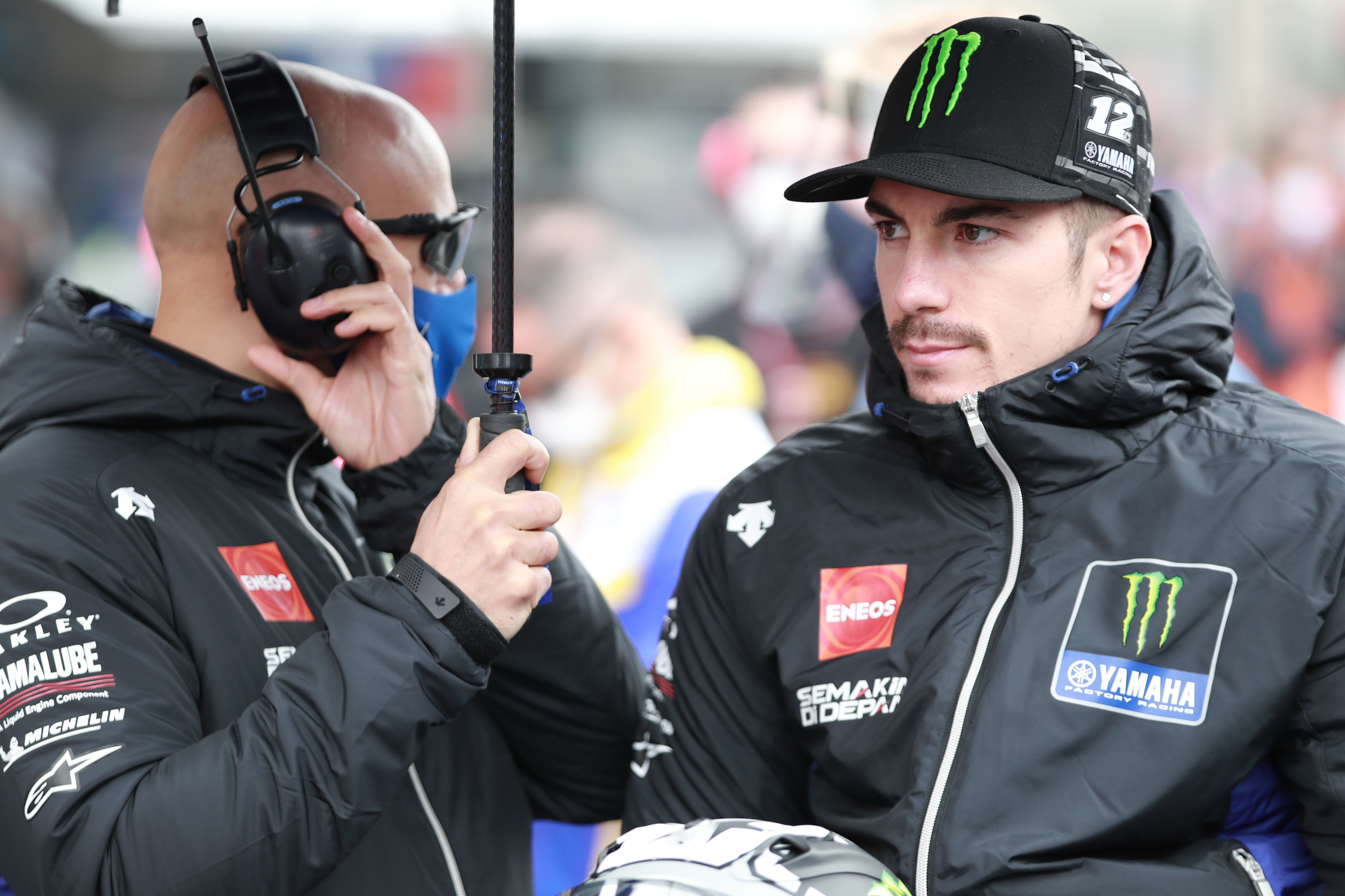 In the eight starts in 2020 before Le Mans, the Spaniard lost an average of 2.6 positions on the opening lap, an issue made worse by the M1 bike’s struggles when it comes to overtaking.

Asked what he needed to do differently at Aragon to regain form and preserve his increasingly fading title hopes, Vinales said: “Start first. And then push like hell – like there’s no tomorrow.

“Aragon is a track where last year I was quite fast and constant, and I think the bike from this year can suit a little bit better for Aragon. 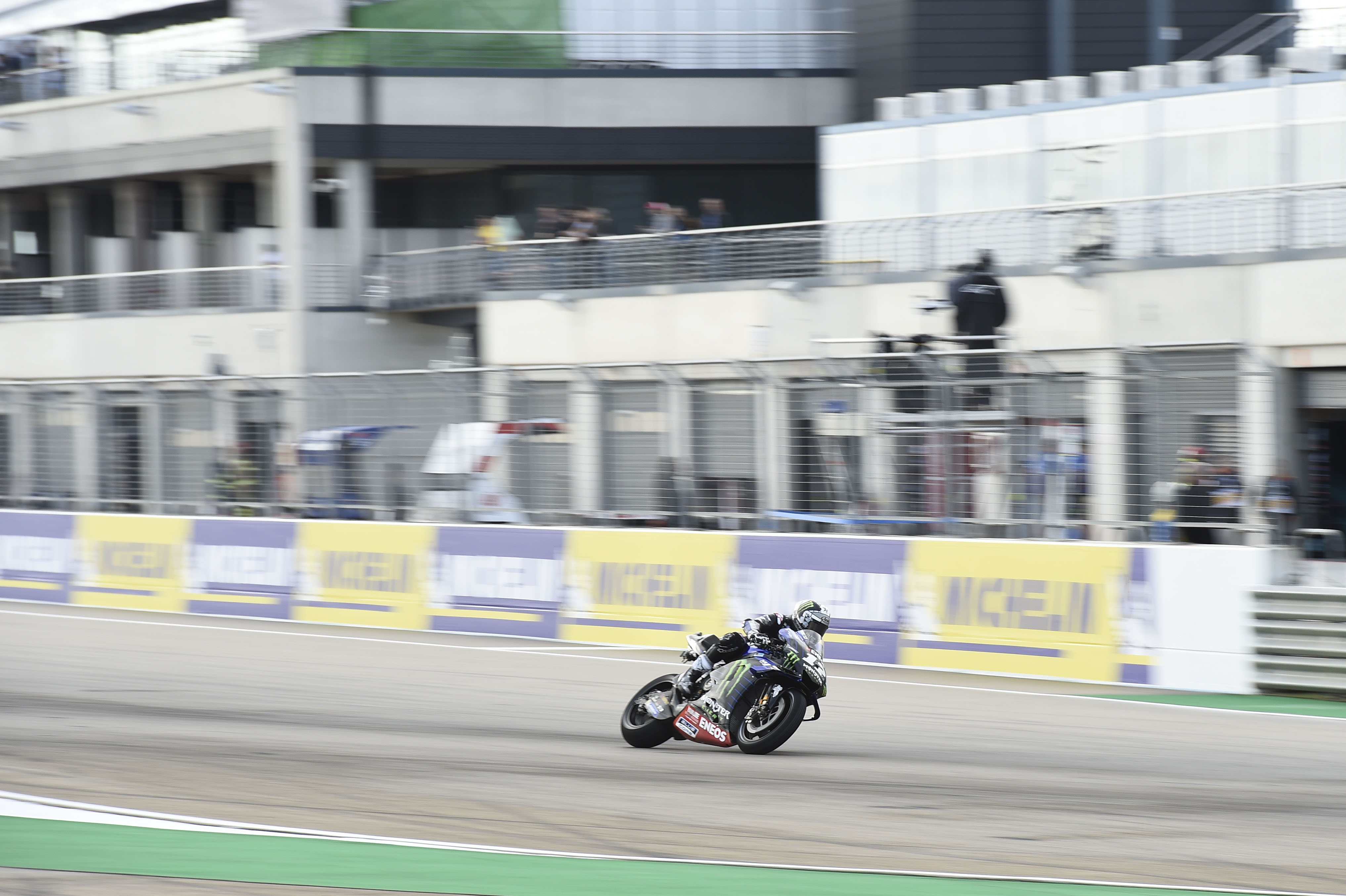 “On the race the key is to start first or second and then push a lot, especially in the first lap, to not get passed on the straight.”

Expanding on why Aragon was better for 2020-spec Yamaha than its predecessors, he said: “Sure, [the big straight] will be a disadvantage, but there are a lot of round corners, with a lot of speed, which we are really good at and [where] we have a lot of traction this year.

“We need to work a lot during sectors one, two and three to not get so much disadvantage in four [where the straight is]. The main key will be to do a super sector three. For sure even if on the last lap I have to fight with someone, I can overtake in sector three.” 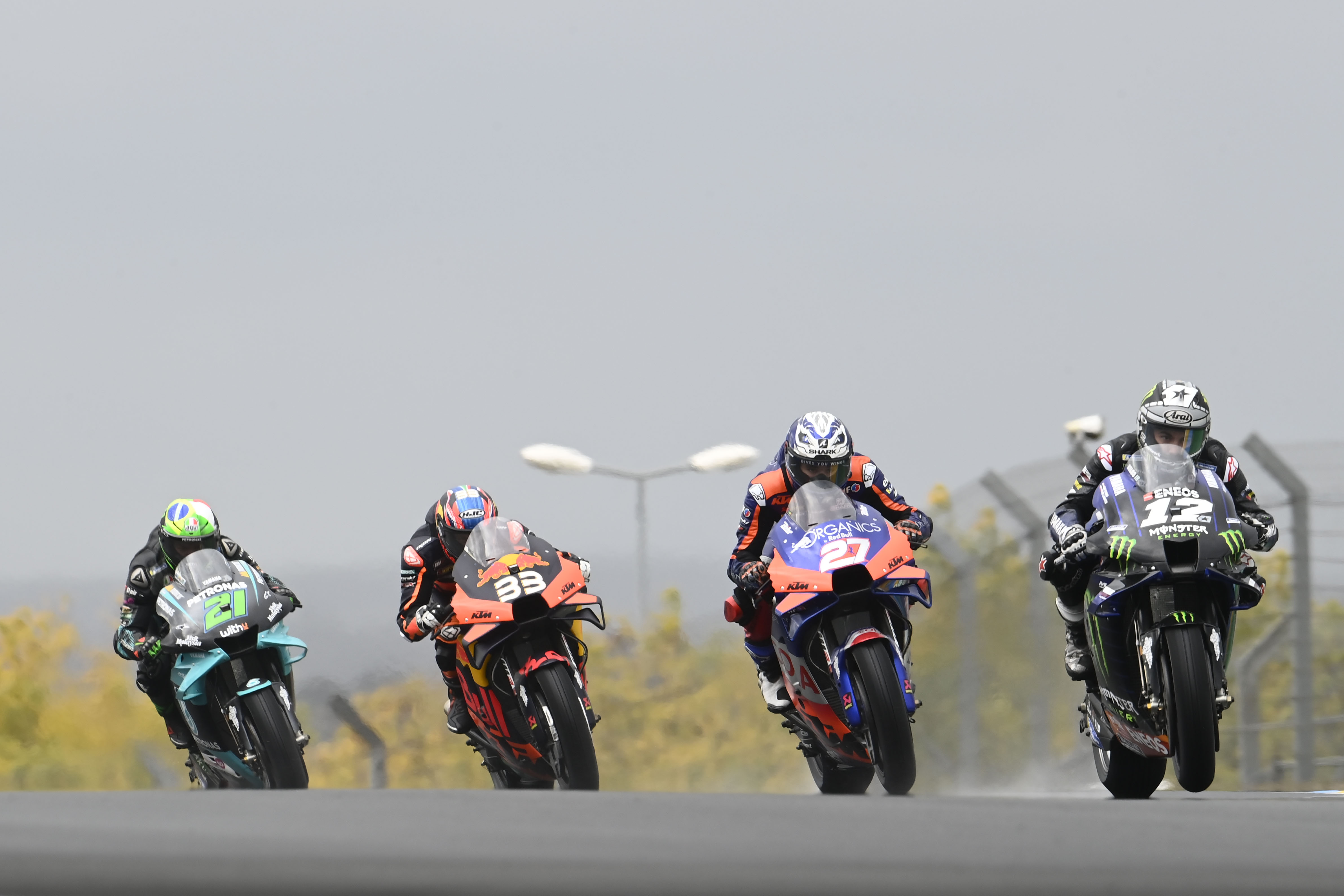