Right now, things are arguably looking better in MotoGP for Yamaha than they have at any point since the departure of Jorge Lorenzo at the end of 2016.

Fabio Quartararo is 10 points clear in the championship, the factory is 19 points ahead of Ducati in the constructors’ title race and satellite squad Petronas SRT enjoys a whopping 27-point lead in the teams’ battle.

However, that advantage could come under threat this weekend and next as the series heads to Motorland Aragon for back to back races at a circuit that has traditionally not been a happy hunting ground for Yamaha.

Since Aragon first appeared on the calendar in 2010, Yamaha has taken just two victories at the remote circuit in the Monegros Desert, with Lorenzo victorious in both 2014 and 2015. The second win in particular was a textbook Lorenzo flag to flag victory by over 10 seconds. 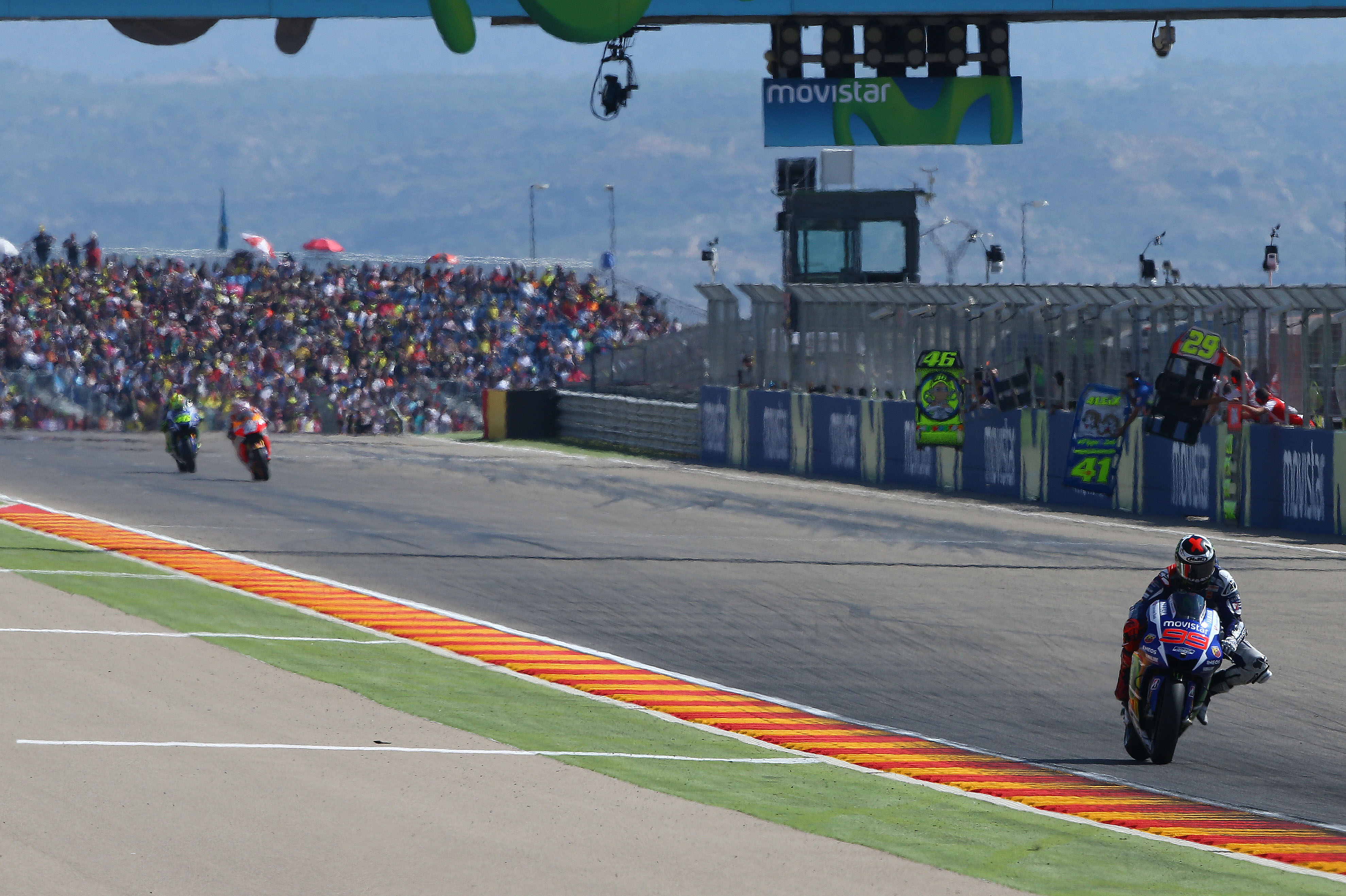 It’s not hard to figure out why the track is such unhappy territory for Yamaha, either – all you have to do is take one look at the circuit layout to see that its dominant feature is two long fast straights separated by a single corner.

“From past experience we know it doesn‘t play to our bikes‘ strengths, so these next two rounds will be a challenge,” admitted factory Yamaha team boss Massimo Meregalli coming into this weekend’s Aragon Grand Prix. 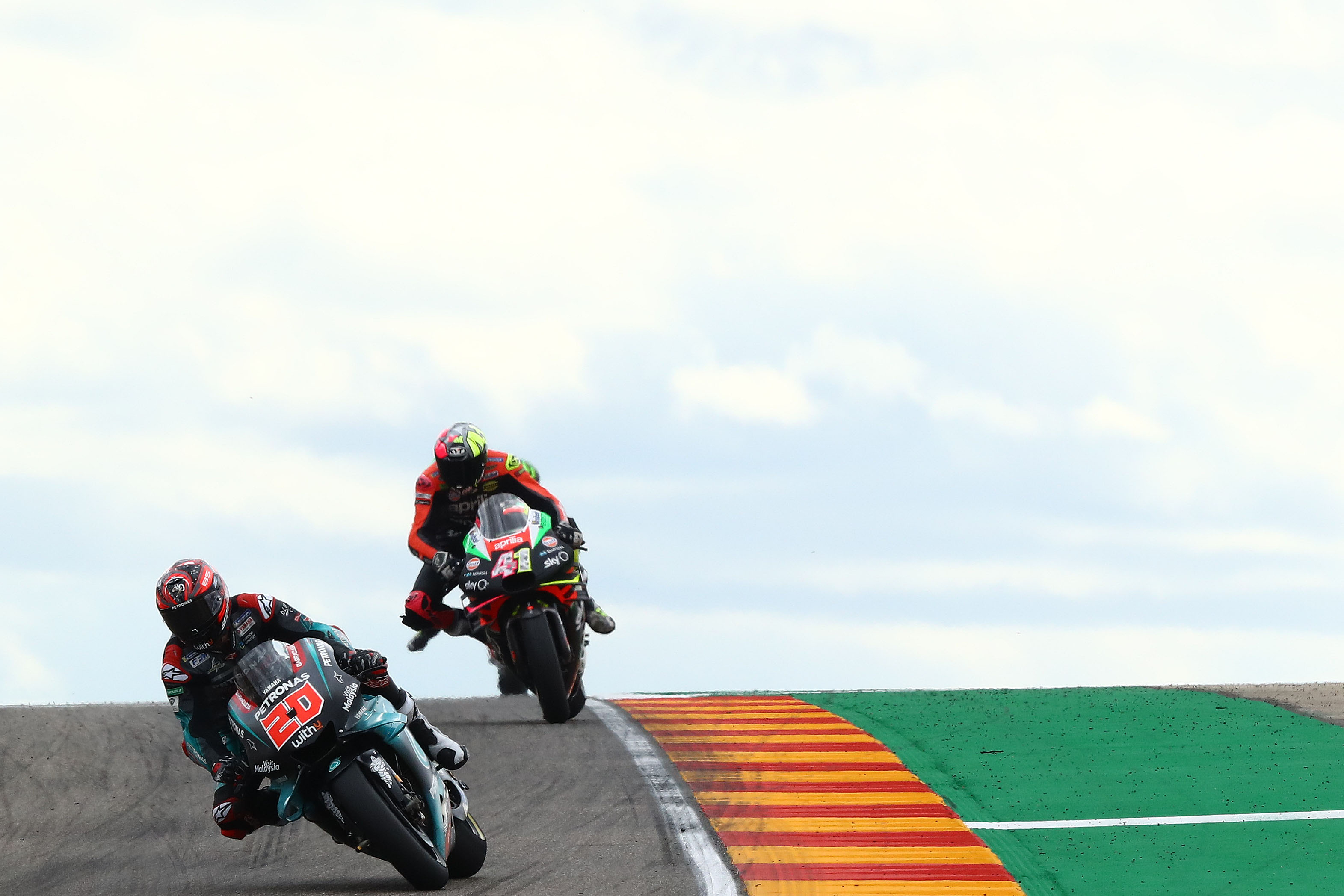 Last year’s Aragon race was a particular reminder of that, too, even on a weekend when Yamaha got two bikes on the front row with Maverick Vinales and Quartararo.

Tyre issues in the race meant that the best they could do was fourth and fifth respectively, ahead of Valentino Rossi in eighth, while the unfortunate Franco Morbidelli got T-boned out of the race by Joan Mir’s Suzuki.

So what can Yamaha do to prevent a similar disaster for its title efforts this year at Aragon?

Well, when you look at every other victory it’s taken this year (three for Quartararo and one apiece for Vinales and Morbidelli), there’s a clear pattern – all five have come by converting a strong qualifying position into an early-race charge and an unassailable lead.

That’s because Yamaha’s speed and acceleration issues mean that the real impact that long straights have on them isn’t in lap time – it’s on the riders’ ability to pass other bikes in a close fight.

Aragon could well be a repeat of Le Mans, where the two title fighters end up scrapping it out further down the field

That means they’ll struggle against Ducati in particular, and they know that a clean break is pretty much the only thing that can ensure success.

The good news is that that’s a strategy that is plausible – all you have to do is look at Quartararo’s victory at the Catalan Grand Prix, despite the Barcelona track’s similarly long straight, for proof of that. 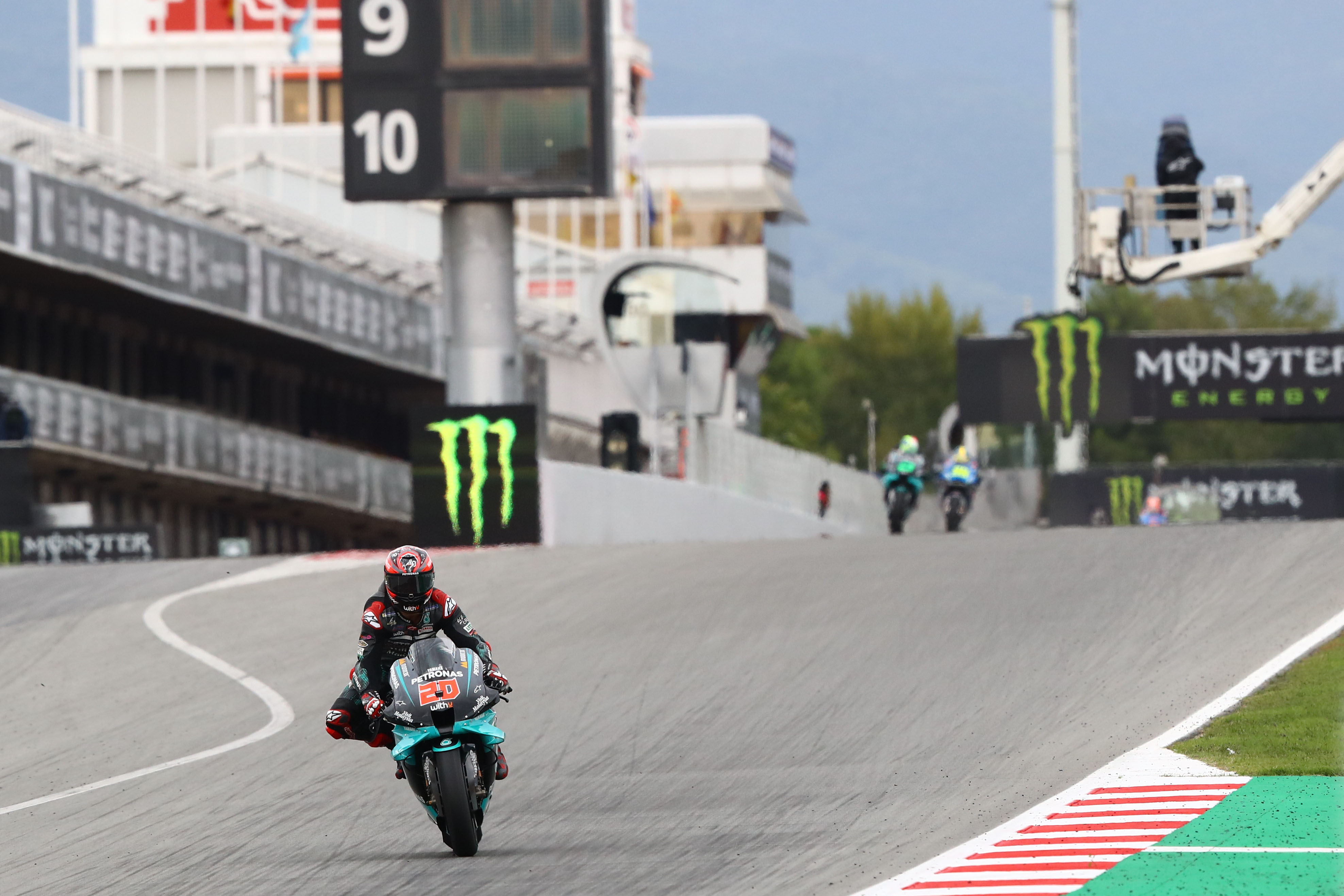 Equally the fortnight at the Red Bull Ring – where Yamaha couldn’t do any better than a fifth place for Rossi – shows how badly it can go wrong for the team at its weak tracks.

But there’s another thing that can give Quartararo a little reassurance heading to Aragon.

While he’s likely to face a tough pair of weekends, so is his closest title rival Mir – currently 10 points adrift. 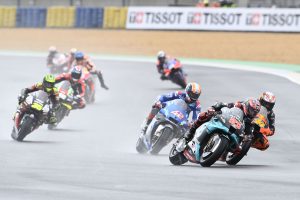 The inline-four powered Suzuki has many of the same limitations as the Yamaha, and Mir too will face top speed issues.

Honda’s won the last four Aragon races, but all with the absent Marc Marquez. Even if its other riders have a pair of stronger weekends, they’re nowhere near the title fight. The KTM contingent’s fallen away now too, and while Andrea Dovizioso – still third in the points – might hope to benefit from Yamaha and Suzuki’s Aragon woes, recent form suggests that hope will be quickly dashed.

With that in mind, it’s entirely possible that Aragon could well serve up a repeat of last weekend’s wet French Grand Prix, where the two title fighters end up scrapping it out further down the field while the battle for victory rages in front of them. And Quartararo and Mir – with their eyes on the big prize – really didn’t mind at all. 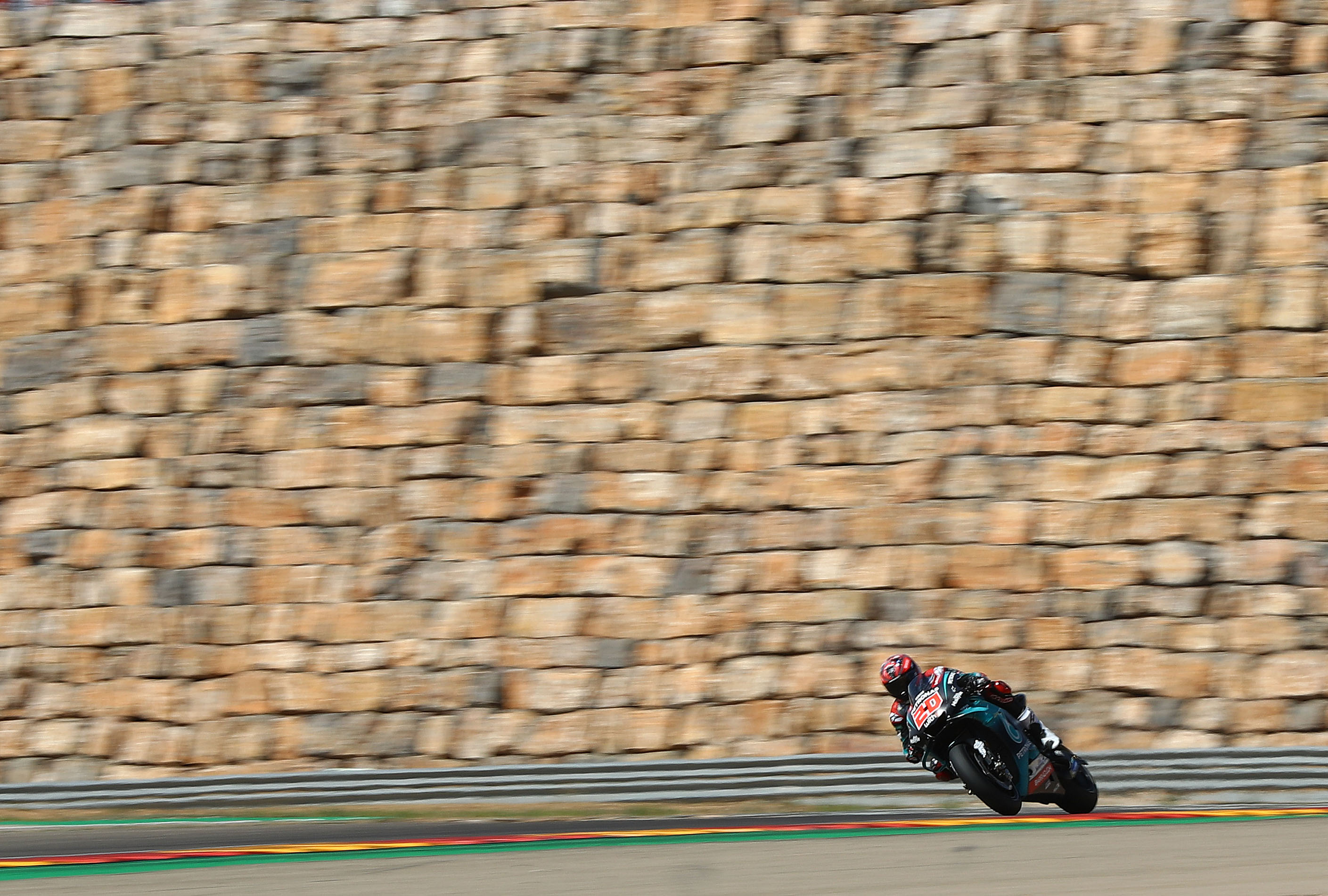