Valentino Rossi’s VR46 Ducati team is believed to be in a last minute search for sponsorship for its fully-fledged 2022 MotoGP debut, according to The Race’s sources in the paddock.

The nine-time grand prix world champion is close to giving up on any chances of receiving backing from the Saudi partnership announced in part earlier this year.

While it’s unlikely that Rossi’s squad, set to field his half-brother Luca Marini and Moto2 frontrunner Marco Bezzecchi in 2022, will face difficulties in being on the grid for the first race of the season in Qatar, it is nonetheless a stress that the fledgling team didn’t need. 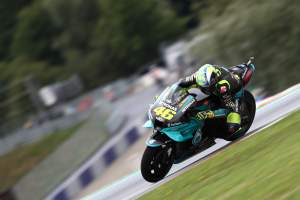 Rossi’s links with Prince Abdulaziz bin Abdullah Al Saud were first announced back in May at the Spanish Grand Prix, with Tanal Entertainment Sport and Media claiming that from 2022 Saudi state oil company ARAMCO would become the VR46 team’s title sponsor as it expanded from a single-bike partnership with Esponsorama Racing into a full two-rider set-up.

However, there were immediate question marks raised by the release, with The Race receiving calls from a public relations firm working with ARAMCO to deny any knowledge of the deal at that time.

Further confusion followed at the Dutch TT in June when Talal Al-Marri, CEO of Aramco Overseas, was in attendance as a guest not of VR46 but of the Pramac Ducati team.

When questioned about his company’s supposed backing of VR46, he replied only by asking “do you know how many princes we have in Saudi Arabia?”

It’s also rather unusual that, despite joining up with Ducati to announce their joint partnership for 2022, VR46 has yet to release any comparable shared statements with Tanal.

Instead, all communication from the team has included quotes only from the Prince, and not Rossi or any of the senior people at VR46, in what is a break from the norm when deals like this are confirmed.

Rossi’s Saudi backers have also repeatedly failed to make multiple scheduled appearances with the media to clarify the situation. Giving just one round-table interview (to select Italian journalists only yet in a mix of French, English and Italian) that revealed little new information, the latest update from them was scheduled to take place on August 31 according to a statement released last month by Tanal. 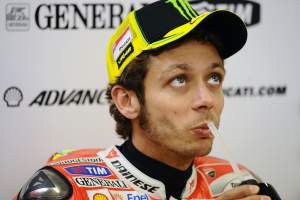 “With reference to the conference held on Thursday 19 August,” said that statement, referring to the previous media update held over Zoom, “I would like to inform you that after a week the official procedures of the dossiers by the Saudi Arabian authorities have not yet been completed.

“The closing of these procedures is necessary for the announcement in Saudi Arabia and internationally of all the activities that TANAL Entertainment Sport and Media will develop in motorsport. As you know the project includes the JV [joint venture] between TANAL and VR46.

“I understand that this further delay in the announcement of the motorsport project may cause confusion and create delay in the constitution of the new team. I confirm that the agreements signed between Tanal and VR46 will be followed up by 31 August and we will provide you with further details.”

With that deadline now long past and with no news since released on the state of the project, The Race’s sources in the MotoGP paddock have suggested that Rossi’s VR46 management team have been looking elsewhere for backing, with feelers provisionally being extended to other partners in order to secure the team’s future.

That’s something that Rossi himself hinted at when asked about the situation by The Race at Aragon this weekend, admitting that while he’s not the person leading talks with the Saudis, he does believe that they will find a resolution to the issues in the end, be that with or without Aramco’s title sponsorship.

“I don’t know very well the situation with the Prince,” Rossi said.

“I just know that we will do the MotoGP team, and we’re already working very hard.

“I don’t know the latest news, but I think that anyway we will be in MotoGP next year.”

While VR46 is confident it will be able to secure the future of the team with or without Saudi backing given the size of Rossi’s global brand, it raises questions over the due diligence conducted over the Saudi deal before it was announced.

But given the commitment to its new partner so far demonstrated by VR46, there remains the possibility that the project will come together at the last minute.

With Tanal operating in a vastly different cultural environment from that of a traditional European sponsor, the strength of elements like family connections between members of the Al Saud Royal Family means that the situation could change.

That’s an argument supported in part by a series of deals announced this week by Tanal and Prince Abdulaziz bin Saud Al Saud. So far largely anonymous on the internet, in the past few days they have announced the signing of a number of major projects.

These include a memorandum of understanding with the Korean Institute of Civil Engineering and Building Technology and a partnership between Tanal, its Korean partners and the Dar Al Uloom University in Saudi Arabia.

Rossi came under intensive fire at the time of the original deal’s announcement, as many accused him of being complicit in Saudi Arabia’s sports-washing of its human rights record by lending his name and face to the project – and it could well be that he’s managed to damage his own reputation in return for nothing should the financial backing now fail to materialise.

When approached by The Race, the VR46 team declined to comment on the story.