Sep 12 2020
By Valentin Khorounzhiy
No Comments

Valentino Rossi led a Yamaha 1-2-3 in the third MotoGP practice session at Misano, as all four KTMs were consigned to contesting Q1.

The trend of Yamaha’s single-lap dominance this weekend resumed from the opening minutes of FP3, as Fabio Quartararo led Yamaha stablemates Maverick Vinales and Franco Morbidelli, the trio replicating the order from the combined practice classification on Friday.

Vinales then jumped into first place in the FP3 standings with 15 minutes left on the clock, but was still a tenth off Quartararo’s Friday benchmark.

A few minutes later, the Quartararo lap was finally surpassed by Jack Miller’s 1m32.129s, with Francesco Bagnaia – making his return from a fractured tibia – making it a Pramac Ducati 1-2. 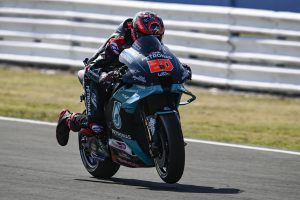 What’s the ‘confidential’ upgrade Quartararo’s so excited by?
Read more

But Quartararo then restored Yamaha’s advantage with the first sub-1m32s lap of the weekend, and Vinales then went a quarter of a tenth faster, with a 1m31.936s.

At that point, Rossi – who had to back out of a lap that looked easily good enough for the top 10 – was facing Q1, but the seven-time premier-class champion had enough time for one final attempt, and he surpassed Vinales by 0.075s at the chequered flag.

Quartararo completed a top three split by a tenth, with Miller best of the rest in fourth, 0.268s down, having crashed at the final corner in the closing minutes.

The two Suzukis has been outside the combined classification top 10 after Friday, but Alex Rins placed fifth and Joan Mir was sixth, both booking their Q2 spots.

Bagnaia took seventh, ahead of his 2021 Ducati works ride rival Johann Zarco – with the rider the two of them are aiming to replace, Andrea Dovizioso, in 10th behind the fourth Yamaha of Morbidelli. All the aforementioned riders will go straight into Q2. 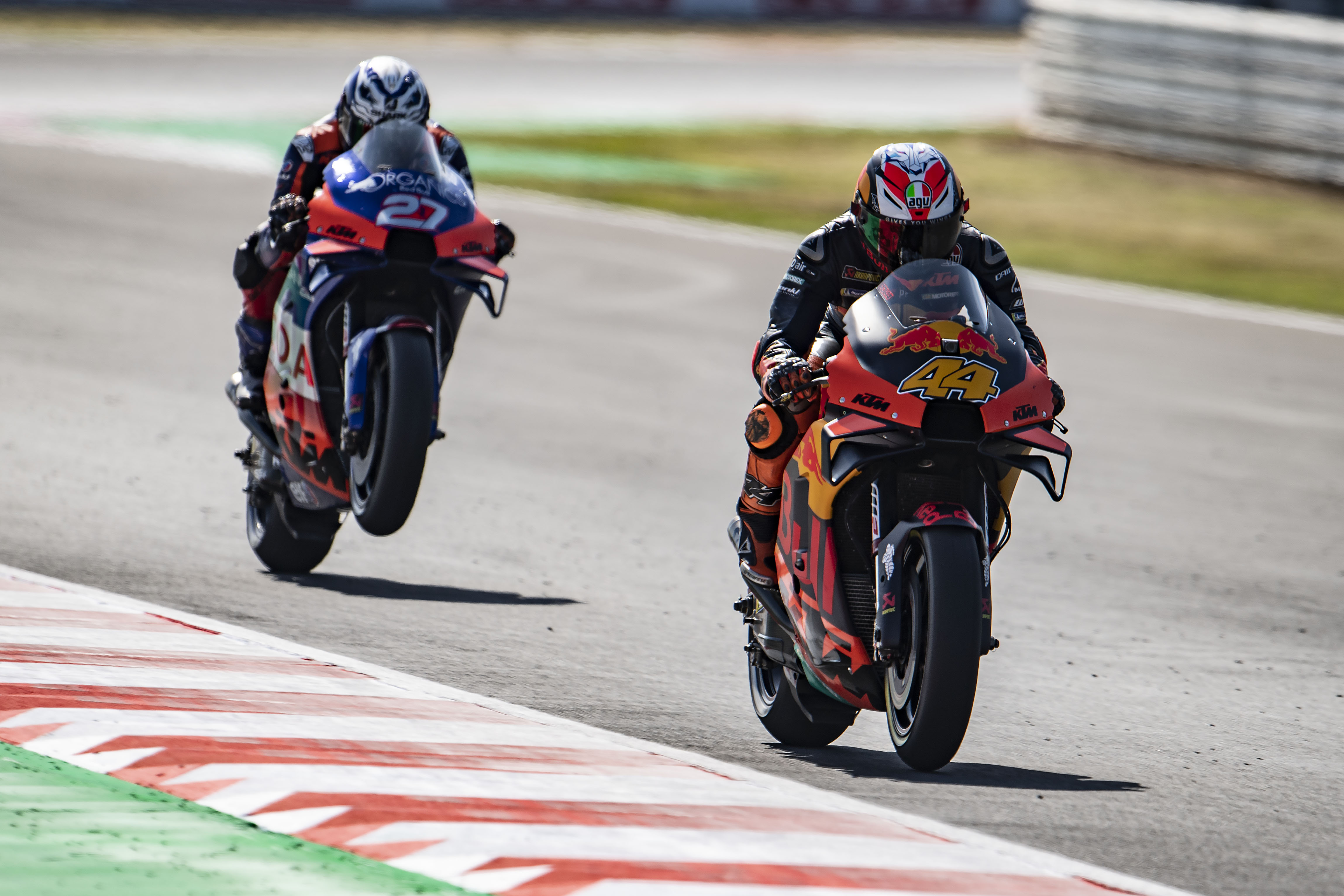 KTM’s Pol Espargaro was left to rue a crash in the late stages of the session and was dumped out of the direct Q2 spots by Rossi’s late improvement.

His fellow KTM riders Brad Binder, Miguel Oliveira and Iker Lecuona had all set in the combined top 10 after Friday but were all relegated to Q1, with Lecuona unable to bounce back after crashing with 15 minutes to go.

There were no Aprilias or Hondas making it directly to Q2 either, the former led by Aleix Espargaro in 12th and the latter by LCR rider Takaki Nakagami in 14th. Nakagami’s team-mate Cal Crutchlow, who ran in Friday practice, has been ruled out from the weekend due to complications after fascia removal surgery on his right arm. 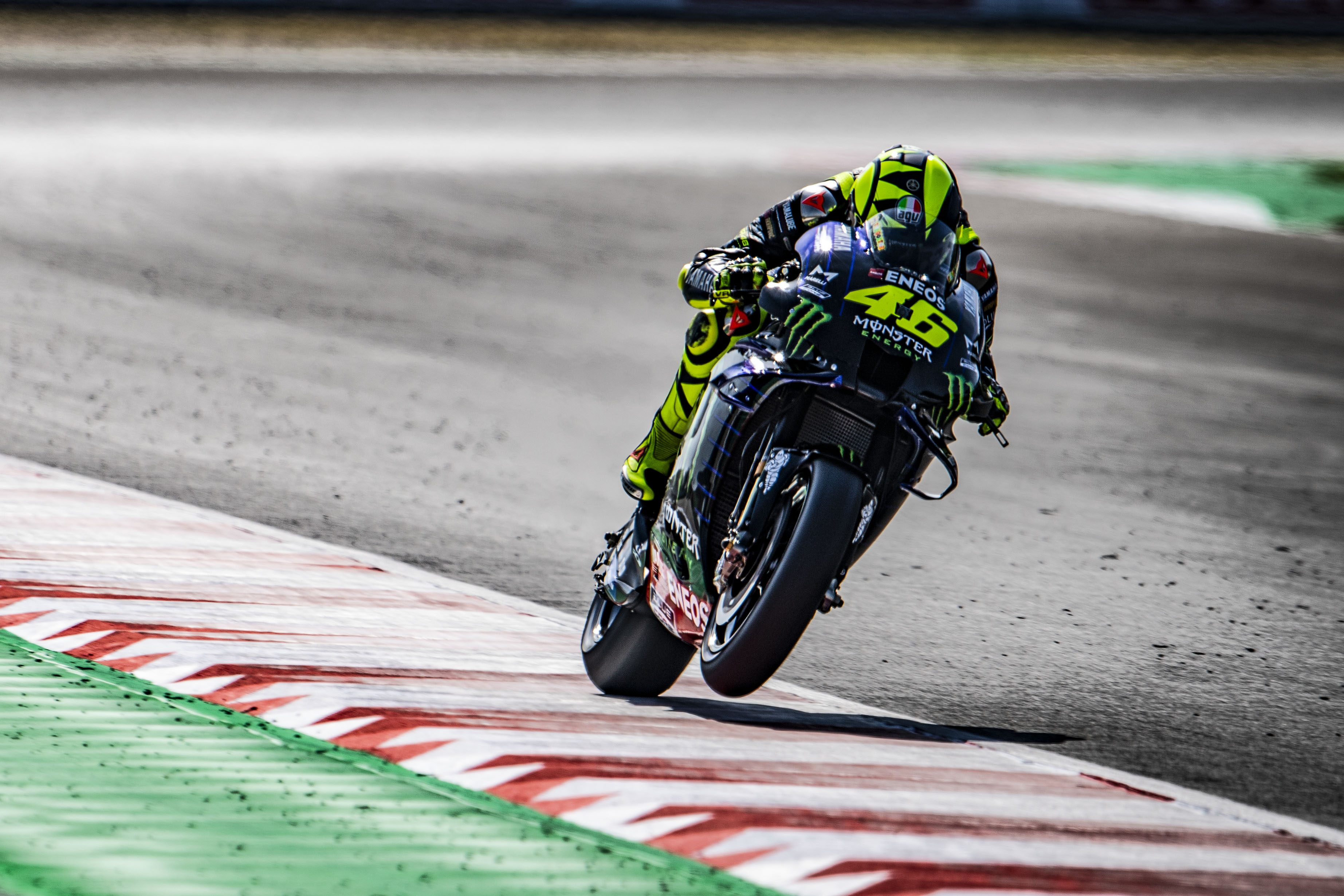