Apr 3 2021
By Valentin Khorounzhiy
No Comments

Moto2 graduate Martin, who dazzled MotoGP by going 15th-to-fourth at the start of his maiden race last weekend, will lead a Pramac Ducati 1-2 on the grid for Sunday’s race.

Meanwhile, seven-time champion Valentino Rossi will line up 21th, ahead of only the injury-nursing Aprilia rookie Lorenzo Savadori.

Though Rossi once started as low as 26th, penalised for his infamous collision with Marc Marquez as Sepang, he had never actually qualified as low as he did this Saturday.

The MotoGP legend was fifth in Q1 in the early going, but did not improve his laptime in the latter stages of the session and was relegated to second-to-last. 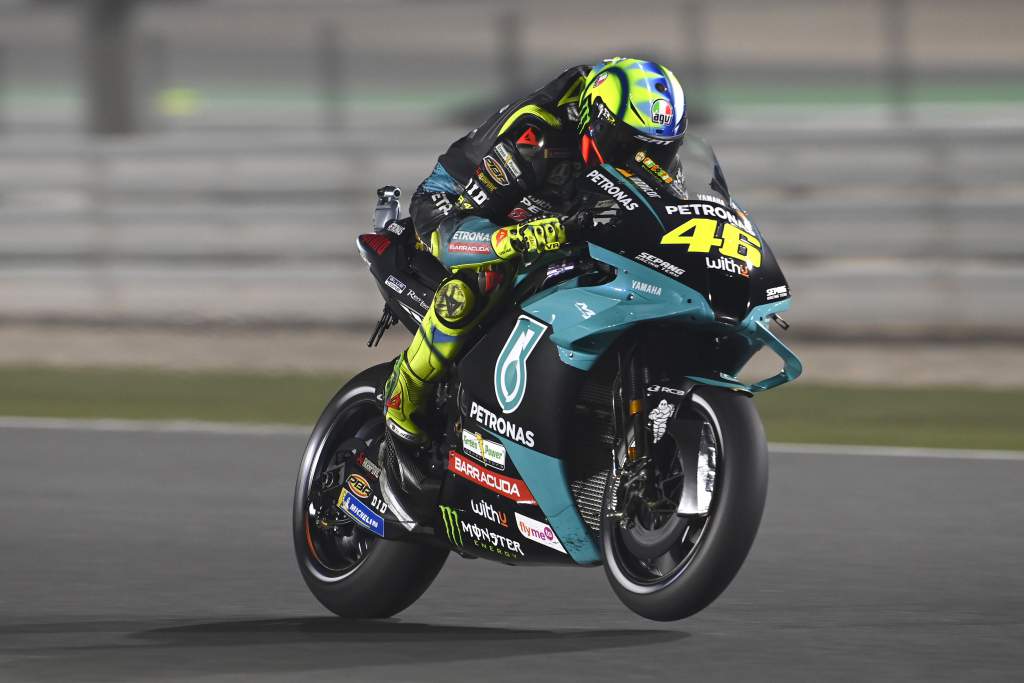 Martin already led the way after the first round of Q2 laps, his 1m53.597s leaving him two hundredths clear of Yamaha rider Fabio Quartararo.

But this was never likely to be enough for pole, and Quartararo’s team-mate Maverick Vinales indeed went two tenths quicker after returning to the track with fresh soft rubber.

Vinales then improved by another tenth, but it wasn’t enough, with Zarco first going 0.004s quicker and Martin then firing in a 1m53.106s, which was well short of what Francesco Bagnaia had managed last weekend but was still good enough for pole this time out.

Vinales completed the front row, while factory Ducati rider Jack Miller slotted in between the Yamaha man and his team-mate Quartararo in fourth.

Miller’s squadmate Bagnaia made it four Ducatis in the top six, ahead of Aleix Espargaro, who had followed Martin on his pole lap but lost touch with the rookie after a couple of sectors.

The two Suzukis of Alex Rins and Joan Mir completed the top nine, Mir having progressed from Q1 with ease.

Petronas Yamaha rider Franco Morbidelli was 10th, ahead of Honda’s sole Q2 representative Stefan Bradl – who had had a crash in FP4 – and the lead KTM of Miguel Oliveira.

Sky VR46 rookie Luca Marini followed Alex Marquez on both of his Q1 runs, and managed to get within 0.008s of a Q2 berth, which would’ve come at the expense of Oliveira.

His tow provider Marquez will slot in right behind Marini in 14th place on the grid, followed by his two fellow Honda riders – factory man Pol Espargaro and Marquez’s LCR team-mate Takaaki Nakagami.

KTM riders Danilo Petrucci (Tech3) and Brad Binder both looked in the mix for a potential Q2 spot during the first segment, but in the end could only complete the sixth row behind Nakagami.