The session was already not expected to have any meaningful impact on the combined practice classification that decides initial passage to Q2 – but with strong gusts of wind kicking up sand across the circuit, it made the running even less meaningful.

Riders were lapping over three seconds slower than Jack Miller’s Friday benchmark for most of the session, and though the pace seemed to ramp up in the final moments, Quartararo’s chequered-flag benchmark of 1m56.064s was still predictably nowhere near Miller’s 1m53.145s. 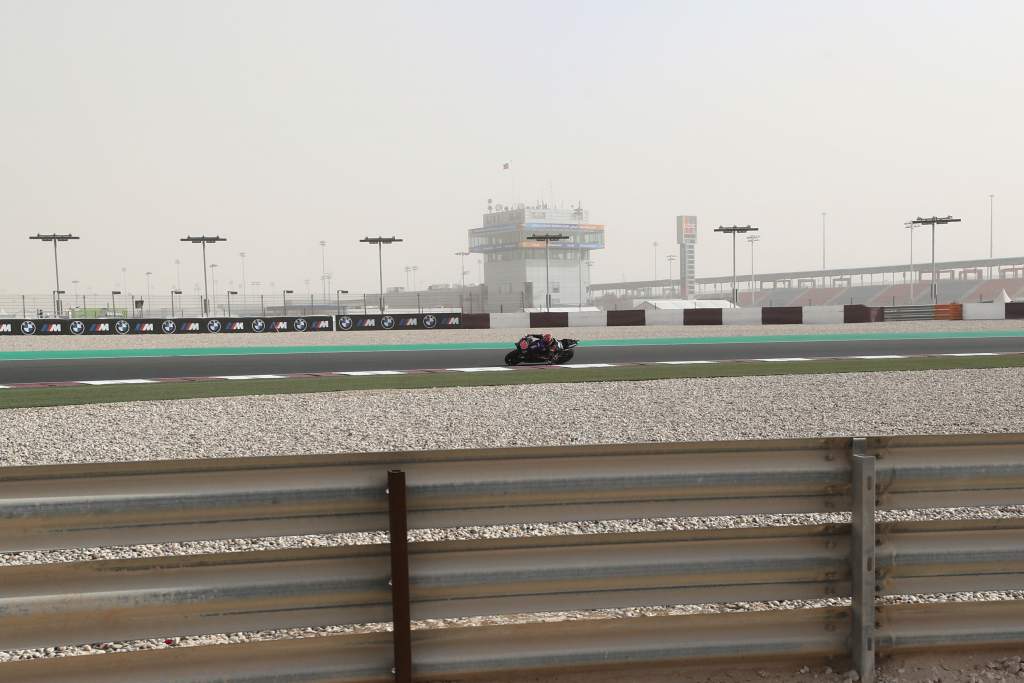 Quartararo’s last-gasp improvement denied Suzuki a 1-2, with Alex Rins and Joan Mir completing the top three instead. Tech3 KTM rider Danilo Petrucci and Quartararo’s factory Yamaha team-mate Vinales made up the rest of the top five.

Of those in the top five in FP3, reigning champion Mir and Petrucci will be forced to fight their way through Q1, which will also feature Avintia Ducati rookies Enea Bastianini and Luca Marini, LCR Honda duo Alex Marquez and Takaaki Nakagami, all three of Petrucci’s fellow KTM riders, factory Honda rider Pol Espargaro and Aprilia’s Lorenzo Savadori. 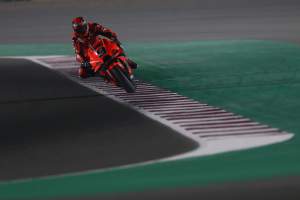 There were four riders, all of them part of the Ducati camp, that elected either not to run at all or not to set a time in FP3.

“We’ve still got FP4, we’ll see then, if we need to adjust anything, we can do it then, it’s a bit closer to qualifying conditions.”