Miller ‘the hero of today’ after ‘scariest’ unseen moment

Jack Miller has been dubbed the hero of MotoGP’s Doha Grand Prix qualifying day by rival Fabio Quartararo, after the Frenchman witnessed Miller bounce back from “the scariest moment I’ve ever seen in MotoGP”.

Miller qualified for the second race of MotoGP’s Qatar double-header, and will line up one place ahead of Quartararo on Sunday.

But it was far from a smooth run to the second row for the Australian, with Miller – who was caught by cameras looked miffed at the conclusion of his qualifying run – revealing he’d only just avoided an unseen major crash during FP2.

“I had another moment, probably bigger than yesterday’s one, at Turn 3. Fabio saw it quite live,” Miller said.

“The next lap I sort of rolled out and nearly didn’t make a second lap because the time was running out, but when I went through it [Turn 3] again I was being gentle – but the thing sort of let go going through there, rear grip was not fantastic this evening.

“So that’s more or less what I was looking quite pissed about.” 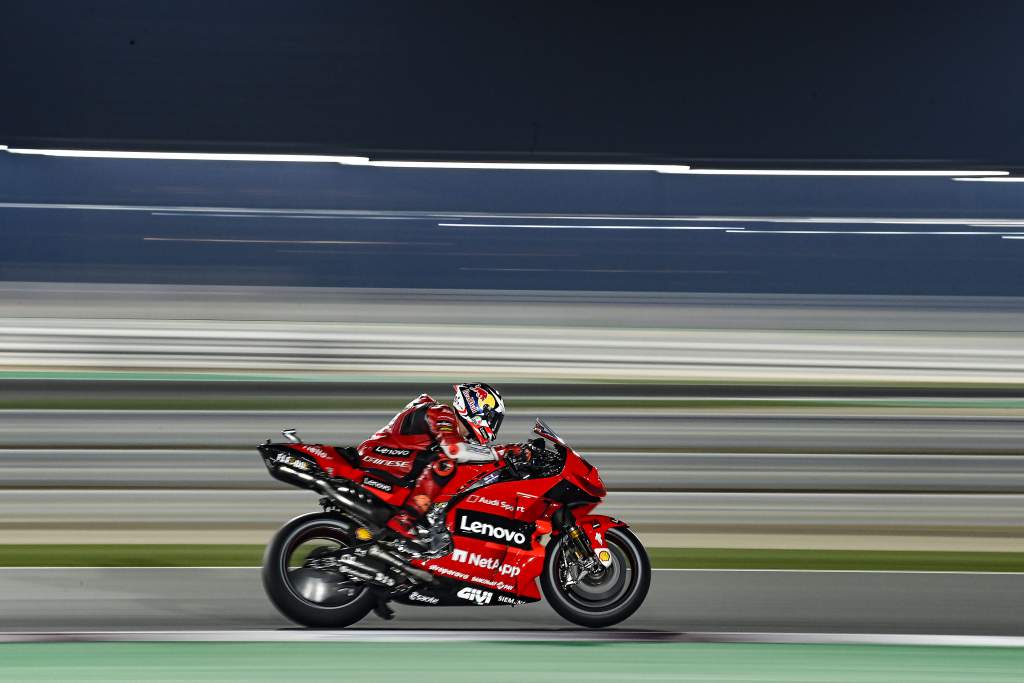 And when asked about it, Quartararo enthusiastically praised Miller for managing to shrug off such a terrifying moment.

“About Jack, I think it’s the scariest moment I’ve ever seen in MotoGP,” he said. “And when I saw that he improved [his time] the lap later… I can say, to be polite, big balls.

“For me he’s just amazing, how he can reset and make that laptime at the end. For me he’s the hero of today because he was really close to having a big one today. And it was really scary from behind.”

The Friday moment referenced by Miller was caught by cameras, as he lost the rear of his Desmosedici and nearly went flying through the high-speed Turn 14.

Asked how Saturday’s Miller incident compared to the Friday one, Quartararo said: “Yesterday’s was nothing compared to what he had today.

“Yesterday was only one moment. Today he made that but three or four times longer, and three-times faster shaking.

“It’s a shame it was not on TV, because I think it’s one of the biggest saves I’ve ever seen.”