The win leaves Quartararo with 50 points after the Jerez double-header, which translates to a 50-point over reigning champion Marc Marquez – who had tried to ride in the second race weekend after fracturing his humerus in the opening race, but pulled out after qualifying.

The sweltering heat of the Jerez follow-up proved a brutal test for man and machine alike, and only 13 riders made it to the finish.

A rapid start for fourth-placed Valentino Rossi made it a Yamaha 1-2-3 going into Turn 1, with Quartararo keeping the lead from pole but coming under early pressure from Maverick Vinales.

Vinales sent it down the inside of Quartararo at the hairpin-like final left-hander, but got his braking wrong, running wide and allowing not only Quartararo but also Rossi through.

This was the cue for Quartararo to make his initial escape, the Frenchman pulling out a three-second gap as Rossi fought off Vinales’ attacks over the first third of the race.

Soon, Vinales began to drop from the back of Rossi and into the clutches of the two Pramac Ducatis behind, with Jack Miller leading Francesco Bagnaia after the latter nearly crashed while trying to pass him at the final corner.

Miller’s own attempt to pass Vinales on the ninth lap left him vulnerable to Bagnaia, who then watched Vinales run wide at Turn 6 and gratefully swept down the inside for second place.

He then reeled in his mentor Rossi in no time and made the most of another works Yamaha running wide, settling into second – over four seconds behind a runaway Quartararo.

Having been overtaken by Bagnaia, Vinales then immediately dropped two further positions to Miller and Franco Morbideli over the course of just a couple of corners, although he then got one back when Miller slid off at the Turn 9 right-hander.

Ahead of him, Petronas Yamaha rider Morbidelli soon put Rossi under pressure, only to pull over with a problem that looked similar to the engine issue that forced Rossi out of the prior weekend’s race.

And a few laps later, Bagnaia’s Ducati GP20 – which had pulled a comfortable gap over Rossi – began to smoke substantially, prompting the Pramac rider to pull over and robbing him of a surefire maiden podium.

By then, Vinales had got back on Rossi’s tail for what now became the battle for second. The seven-time MotoGP champion put on a stern defense against his factory team-mate, but a penultimate-lap front-end wobble finally allowed Vinales through and cemented the podium positions.

Vinales eventually finished four and a half seconds behind Quartararo, although the sophomore rider was as many as eight seconds up the road at one point before easing up.

LCR Honda rider Takaaki Nakagami rode a strong race to a career-best fourth, finishing just half a second behind Rossi. His injured team-mate Cal Crutchlow, who is nursing a fractured scaphoid, held on to complete the finishers in 13th.

Joan Mir was fifth for Suzuki, while his squadmate Alex Rins was a superb 10th, riding through the pain barrier after his shoulder was fractured and dislocated in a crash last weekend.

Slotting in between the two were Andrea Dovizioso, who charged from 14th; Pol Espargaro, who led KTM’s efforts in a disappointing race for the Austrian marque; Alex Marquez and Johann Zarco.

Miguel Oliveira had qualified a standout fifth for Tech 3 KTM but was slow off the line and was clipped by Brad Binder, his 2021 team-mate at the works KTM outfit, going through the first corner.

Oliveira was down on the ground as a result and was then hit by Binder’s factory RC16, but was thankfully back on his feet after the knock.

Aprilia’s Aleix Espargaro and Ducati’s Danilo Petrucci were two other riders to crash out. 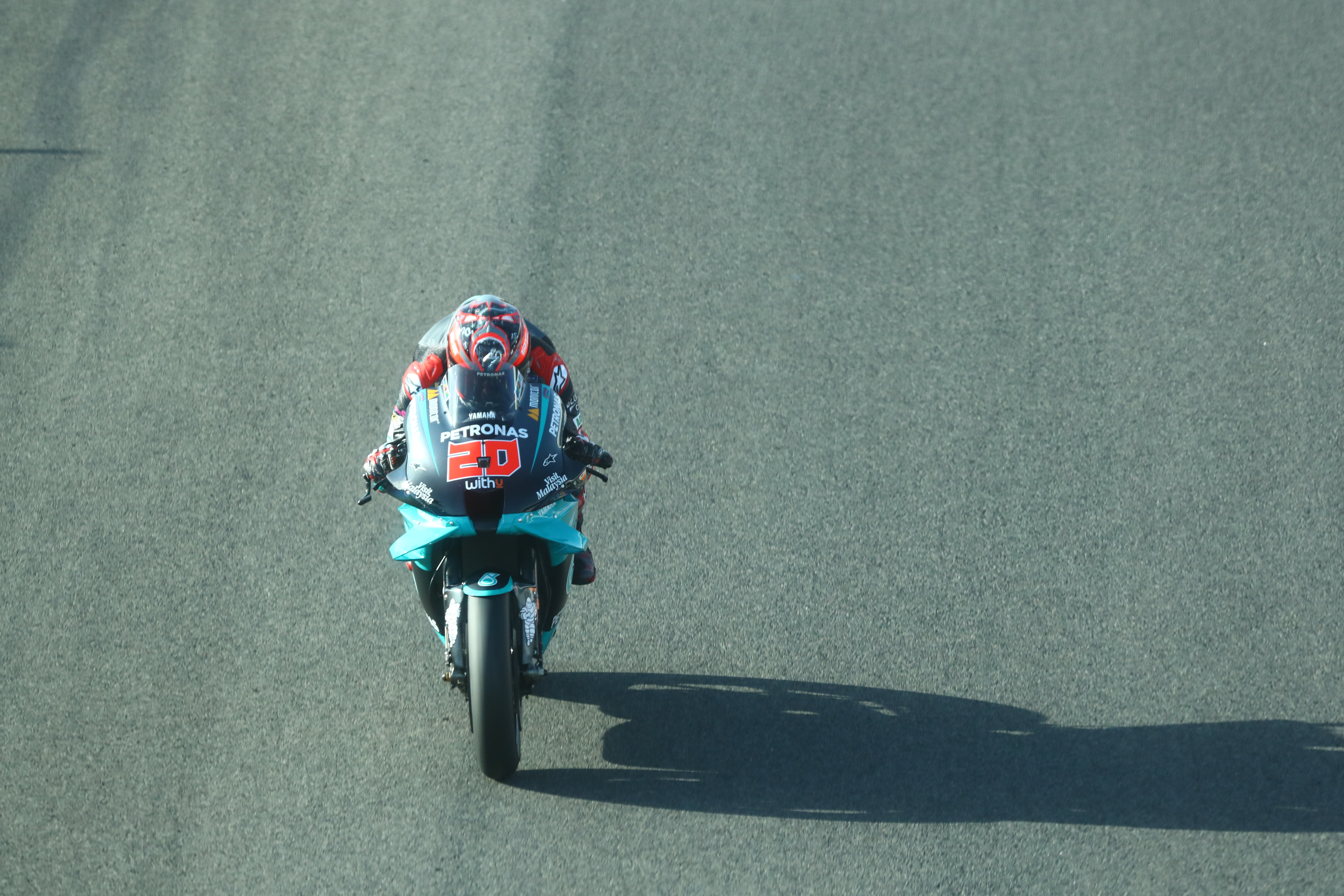