Rossi opens up on his ‘political problem’ at Yamaha

Valentino Rossi has spoken of a “political problem” at Yamaha as of late when requesting changes to the bike, following on from his breakthrough Jerez podium.

Rossi, suffering from rear tyre grip and wear for much of 2019, snapped a podium drought at the Andalucian Grand Prix that had stretched back to Grand Prix of the Americas in April of last year.

In that time, Petronas Yamaha rookie Fabio Quartararo rose to prominence and has been signed to replace Rossi at the works outfit in 2021, partnering up the likewise ascendant Maverick Vinales.

After a terrible opening race at Jerez, Rossi finished third behind points leader Quartararo and Vinales in the second race of 2020 at the same venue.

And he has hinted at what he saw as a lack of support from Yamaha during his difficult times with the M1 bike – while also all but confirming his move to the Petronas-run team in 2021.

“We have to work hard because with David [Munoz, new crew chief] we have to put pressure on Yamaha, because sometimes it’s something political, it’s a political problem [that] we want to change the bike,” Rossi told MotoGP.com post-race.

“But we don’t give up – and from Friday morning I had a better feeling.”

When pushed on this situation further during the press conference, Rossi said: “I’m here [at Yamaha] from a long time, but I think it’s normal. When you ride the same bike as Fabio and Maverick and they are able to be so fast, so strong, Yamaha thinks that I have to ride like them. 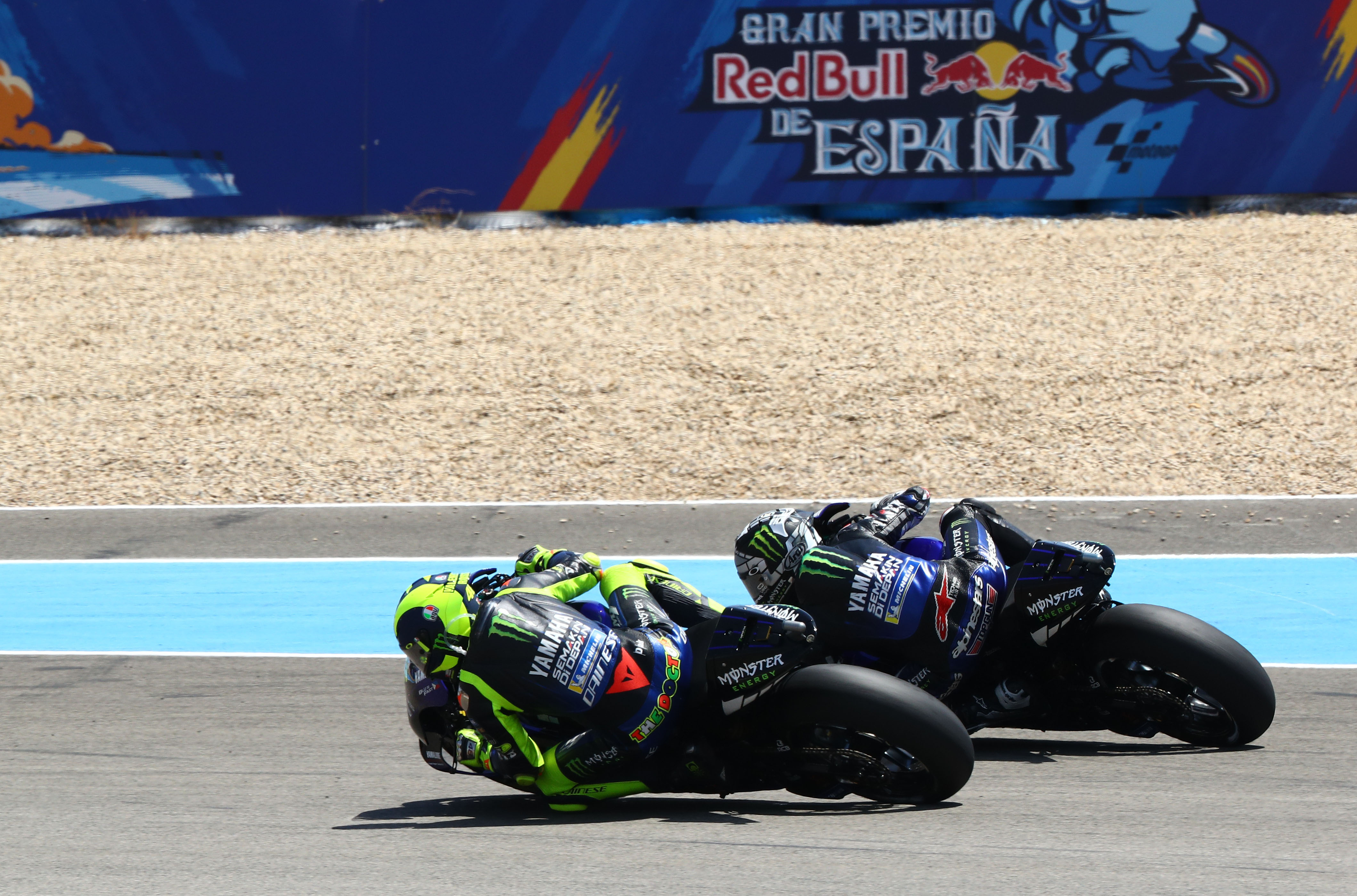 “But they need to support me, because I am here in the factory team and next year I will race with Petronas. So, they have to trust me, because I think that maybe I’m not the faster on the track but I can make good races.

“Sometimes you need to fight for [things]… it’s not very clever for me, sometimes I say ‘why’, but this time we are stronger on the [pit]box, we don’t give up, we push hard on the Japanese engineers, with all the crew, and this is very good for me, because if I have to ride that bike [same as Vinales and Quartararo], I don’t have enough motivation to give the maximum, because I’m not fast.”

Rossi intimated that he had a finally changed M1 at his disposal this weekend, and felt “a better bike for me, a better position in the corner – something more for my style”.

Yamaha team boss Lin Jarvis told Italian media that Rossi had been pushing to revert to a past set-up, and indicated that this did indeed lead to pushback from the engineers – as it was a set-up that worked with different tyres and an earlier version of the M1.

“Because coming from last week that was a very bad weekend, was very frustrating, but it was not just last week, was a major part of 2019, apart from the two podiums at the beginning of the season.

“This game is very difficult because [there’s] a lot, a lot of riders that are so fast. But, the result like last week was too bad to be real, sincerely, also [just] because I’m old. I said, ‘not like this’.

“And this result in Jerez, that is a track that I love, but after the victory in 2016 in the last years I always suffered. I always did bad races. And [to] make a podium here with a good race with 60 degrees [Celsius] on the ground, it means that we are on the good way, we can be competitive also in Brno.” 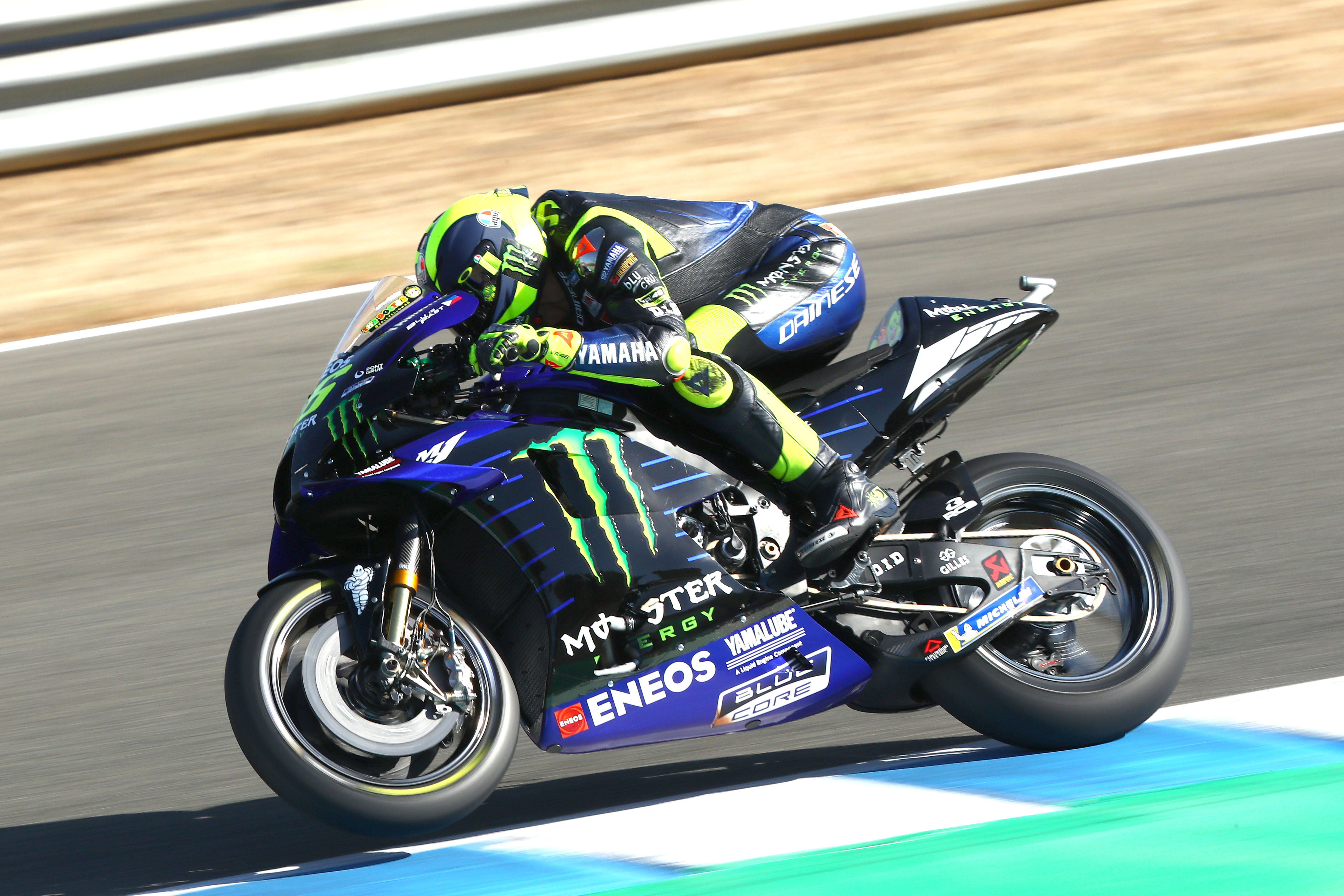