LCR Honda rider Takaaki Nakagami has criticsed race control following Sunday’s Andalucian Grand Prix, after he was one of a number of riders who spent two laps of the race following Francesco Bagnaia’s smoking Pramac Ducati without the Italian being black-flagged.

Speaking after finishing an impressive fourth in Sunday’s race at Jerez, his best-ever MotoGP finish, the Japanese rider described the experience as “terrifying” as he waited to crash on what he presumed to be leaking oil.

“Race direction made a mistake,” Nakagami said bluntly after the race, “because for two laps I was behind Bagnaia and his bike was smoking a lot. I was really scared to lose the front, and I was pleased to see him go off the line and stop the bike.

“It wasn’t safe, and race direction always says ‘safety first’ but this time they made a big mistake. One lap, ok, but to let it go for two laps was a mistake and they have to think about safety more in the future.”

His comments were echoed by Suzuki rider Joan Mir, who was behind Nakagami and riding through the smoke cloud from Bagnaia’s machine.

“In the first moment I thought it was the two Yamahas that were losing this smoke,” he said after the race, “but then I saw it was Bagnaia. In my case, it was not difficult to ride, it was the same, only that there was this white smoke.

“It was a bit dangerous because, okay, I was thinking, if the engine is broken, then we will crash [on the oil], all of us. For sure it’s a difficult and really dangerous situation.”

Bagnaia was largely oblivious to the problem as he diced with Valentino Rossi for the podium. And although he felt something wasn’t right with his Desmosedici GP20, he rode on for a number of laps not realising the severity of the issue until a dashboard message from race control instructed him to stop.

“Three laps before I started to feel the bike going a little slower, then I saw the black flag on the dash and I had to stop.”

The Race approached race control afterwards but it declined to comment on the perceived delay in signalling to Bagnaia. 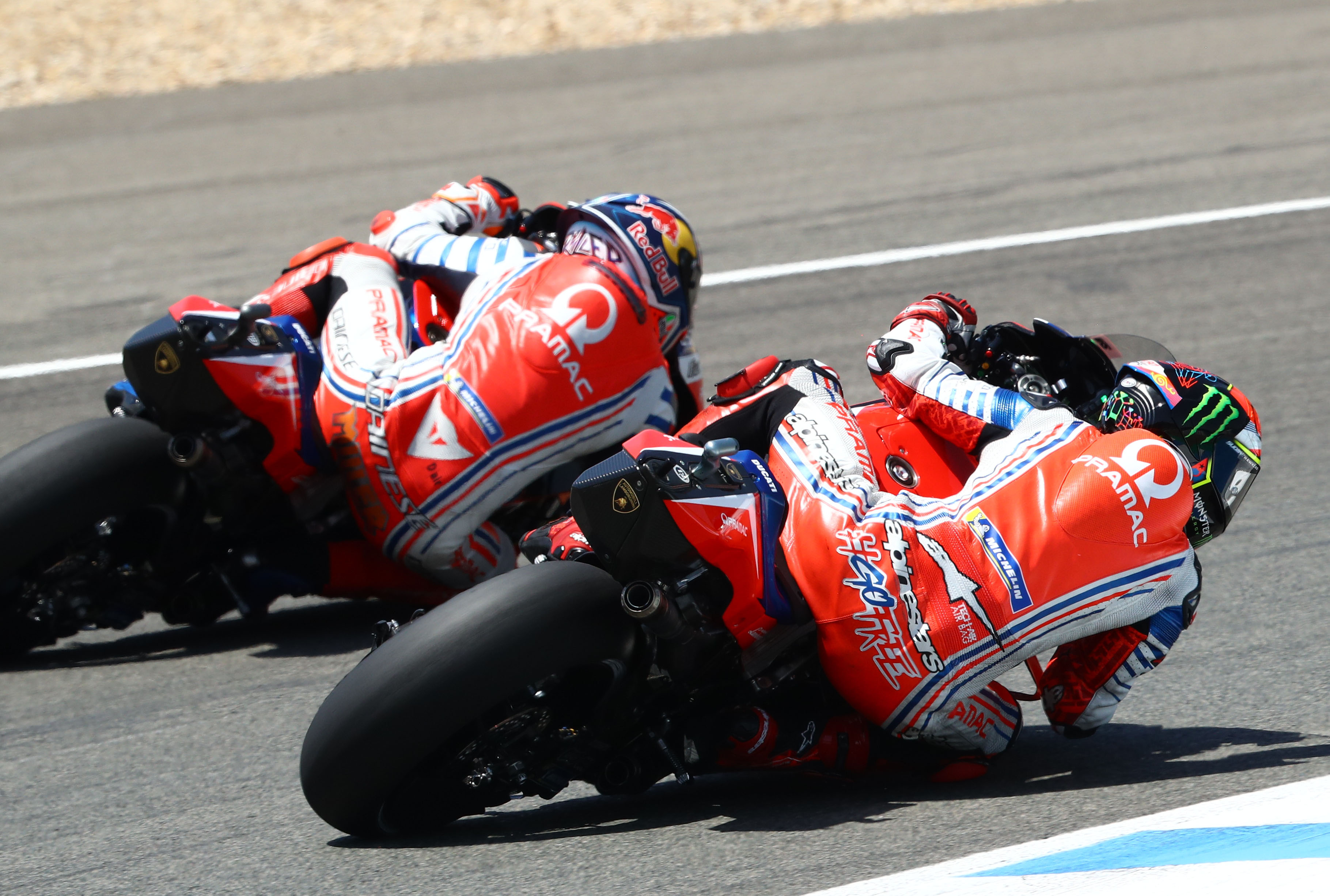 The problem brought to a halt Bagnaia’s best-ever ride in MotoGP, as the former Moto2 world champion finally starts to adapt to the premier class.

Keen to build on his performances at Brno and Spielberg, two traks much more favourable to the Ducati, he’s aware that there’s still the prospect of a factory ride for 2021 dangling should he continue to outperform Andrea Dovizioso.

“I’m sure that I’ve got three races at tracks that I like coming up, and the important thing will be to be as fast as this weekend at them.

“We’ll try to do what we can, and I’m going to concentrate on that. Let’s see what happens, but I’m sure that if we continue like we did at Jerez then we can fight for the top positions again.” 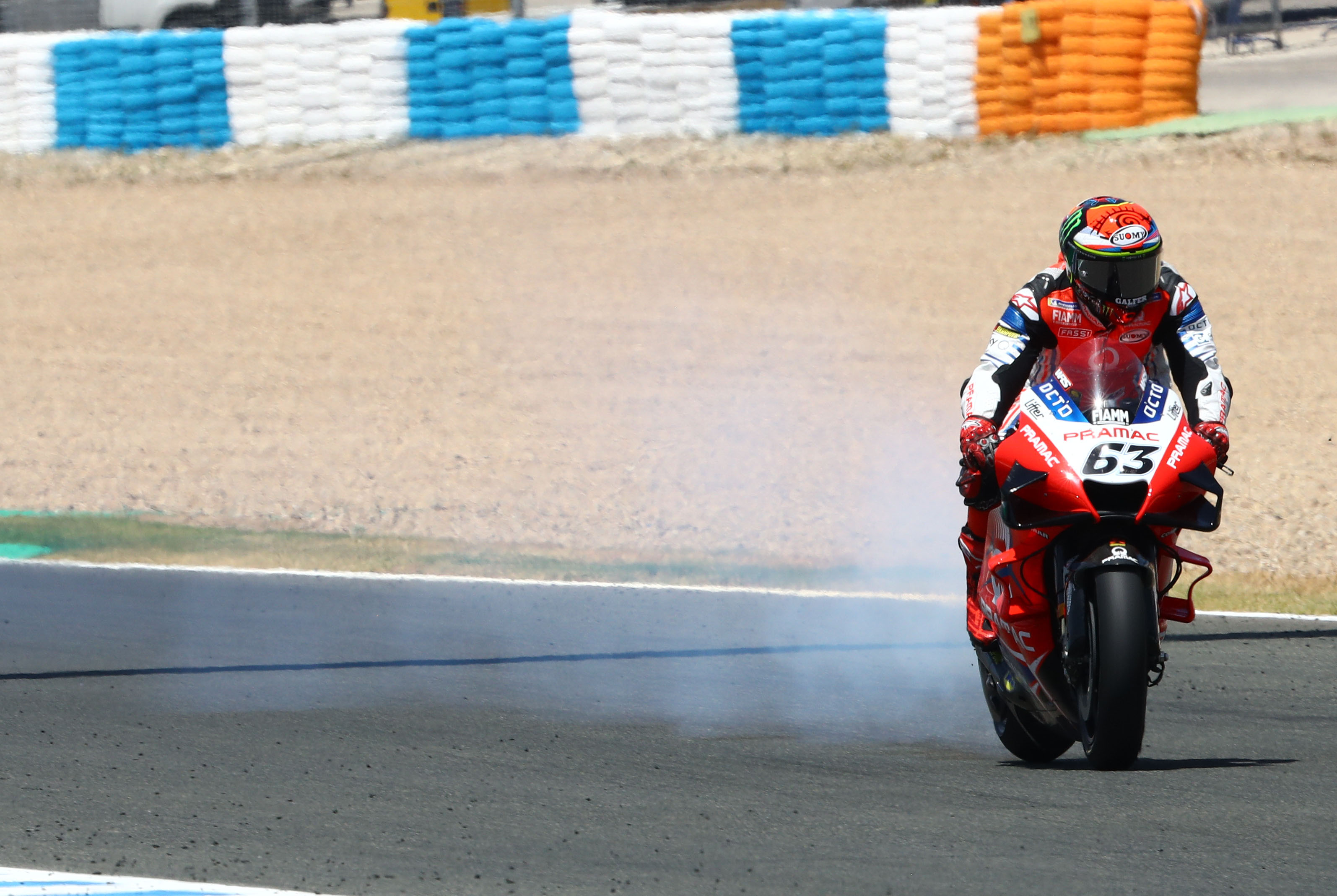