Is Bagnaia making the case to replace Dovizioso at Ducati? - The Race
Skip to content
MotoGP

Is Bagnaia making the case to replace Dovizioso at Ducati?

Pecco Bagnaia has fired a shot across the bow of fellow Ducati rider Andrea Dovizioso ahead of today’s second round of the 2020 MotoGP World Championship, establishing himself in qualifying for the Andalucian Grand Prix as top Ducati rider for the second week in a row and potentially staking a claim for Dovizioso’s seat.

The 23-year-old will start today’s race at Jerez from the front row for the first time in his MotoGP career, going one better from last week’s fourth and hoping to capitalise on it to improve on the earlier seventh-place finish.

The rapid improvement in form at the start of the 2020 season will be a worry for Dovizioso, as he remains locked in contract stalemate for 2021 with the Italian manufacturer. Dovizioso is holding out for more money while Ducati looks to reduce costs in the face of a recession, and the two sides haven’t been able to cross the impasse so far.

In fact, it’s reached the stage where Dovizioso’s management has even reverted to the nuclear option of threatening to walk away, making it clear that he is prepared to take a career sabbatical next year – something that would essentially force the 34-year-old into retirement.

Both parties are now in something of a detente as the season gets underway, with Ducati keen to see how the opening rounds of the season play out on track after months of speculation during the coronavirus-induced delay in proceedings.

And while he’s not rushing to get too excited just yet, Bagnaia did acknowledge to The Race after qualifying yesterday that he’s aware that there’s an option should he be able to convert qualifying performances into race results and impress the management in Bologna. 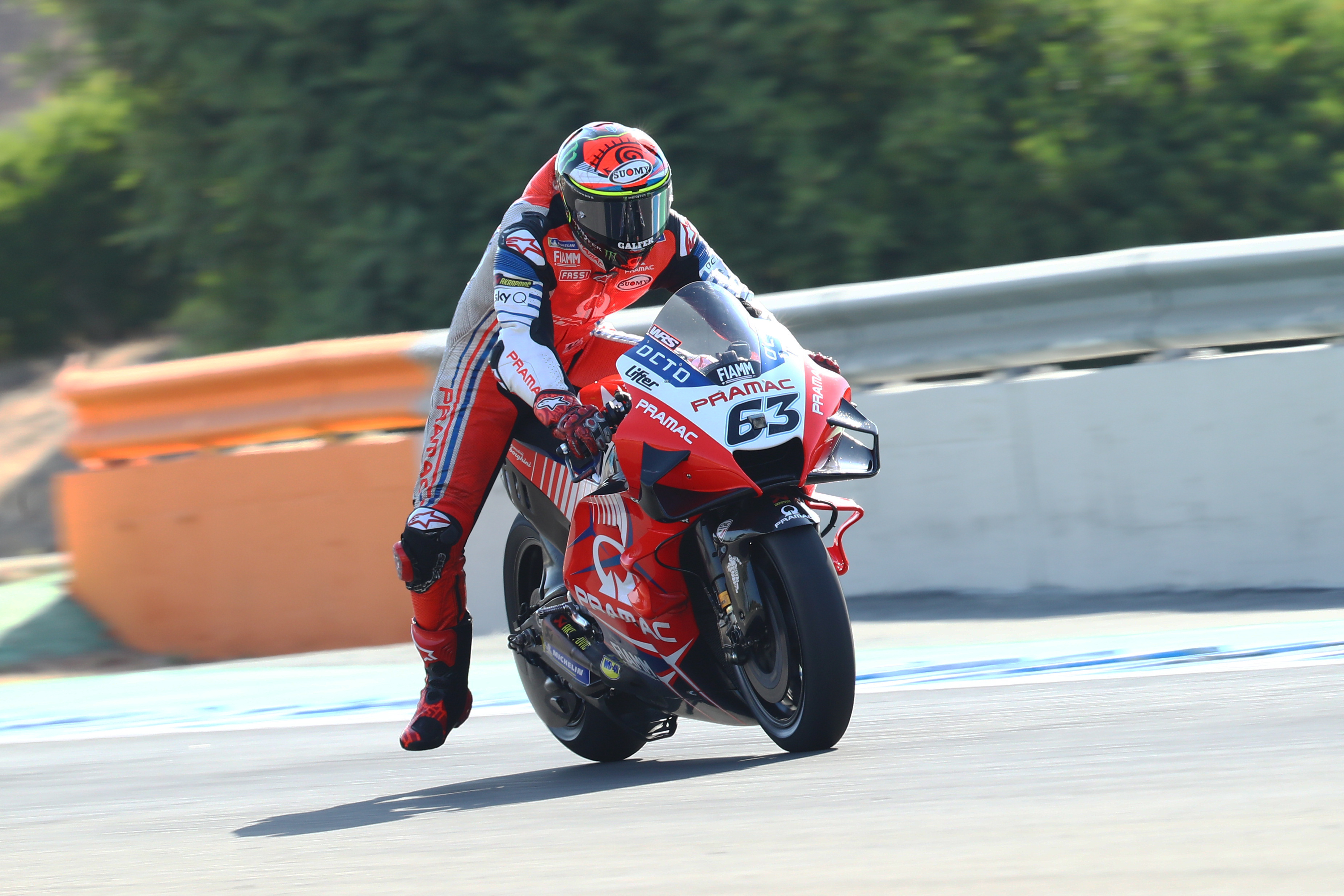 “The only thing I have to do to sign a new contract is go fast with this bike,” Bagnaia said. “Right now I’m still working on making the bike comfortable for me, and we made a big step to do that and to ride the bike better.

“I’m stronger than last year on braking, and the only thing I want to do now is to understand the bike and be the fastest Ducati. So far we’ve achieved it, but for sure things will be different in the race. For now, I’m going to keep trying to make steps and to be faster.”

However, while the young upstart might be outshining his fellow Ducati riders in qualifying, Bagnaia’s Pramac Racing team-mate Jack Miller says that it’s still too early to judge just how fast Bagnaia is until he gets the chance to race the 2020 bike at more tracks than just Jerez. 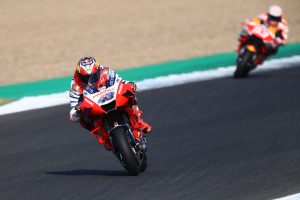 “I think, more than anything, it’s something on his end,” Miller said when asked by The Race whether Bagnaia’s gains were down to the rider or the new GP20.

“So… I think, here is a better place than any for all these guys to do well, because we do a lot of laps on this track.

“But yeah, second year in the class, gaining a little experience, understanding how to ride the Ducati, I think that’s the big thing, mainly. For sure the new bike will help as well, don’t get me wrong.”

And until that happens, Dovizioso isn’t getting too worried about his future. Struggling in yesterday’s qualifying and ending up a distant 14th on the grid, he looks unlikely to repeat last weekend’s surprise podium success – even though he was second in the Sunday morning warm-up, two places ahead of Bagnaia. 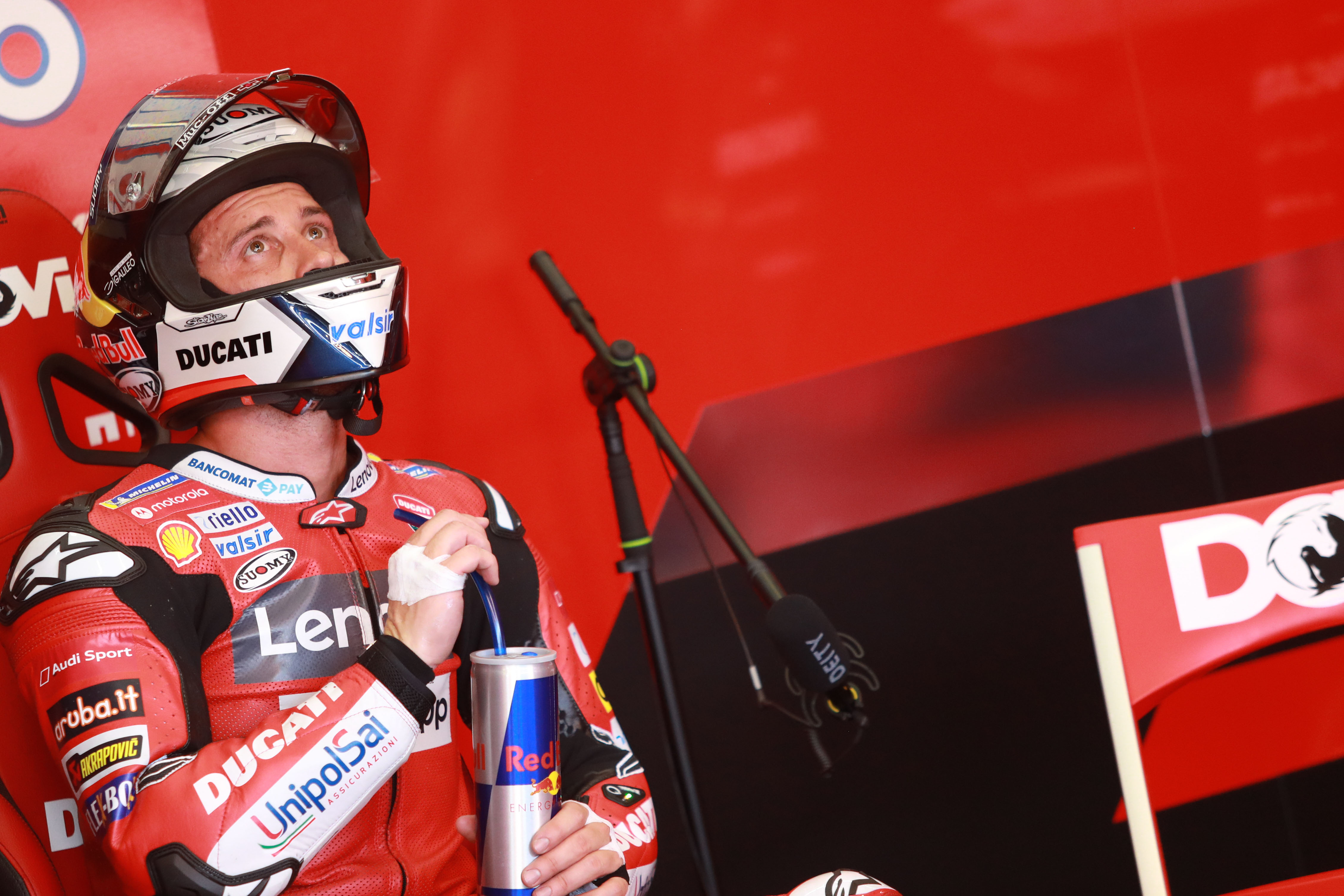 Dovizioso remained upbeat when The Race asked if Bagnaia’s results meant he had concerns for the future.

“It’s not a problem because the situation is different from last year because of the new rear tyre. Bagnaia and Miller are able to make a really good laptime when they put in a new tyre and they did a really good job, but when you look at the pace they are not faster.

Bagnaia and Dovizioso are two of the names linked to the second factory seat alongside Jack Miller for 2021, but there are plenty of others waiting to step up should negotiations fail.

Chief among them is perhaps former Ducati rider and five-time world champion Jorge Lorenzo, who has expressed an interest in a return from retirement. Avintia Ducati racer Johann Zarco has also stated in frank terms his own desire to return to a factory ride. 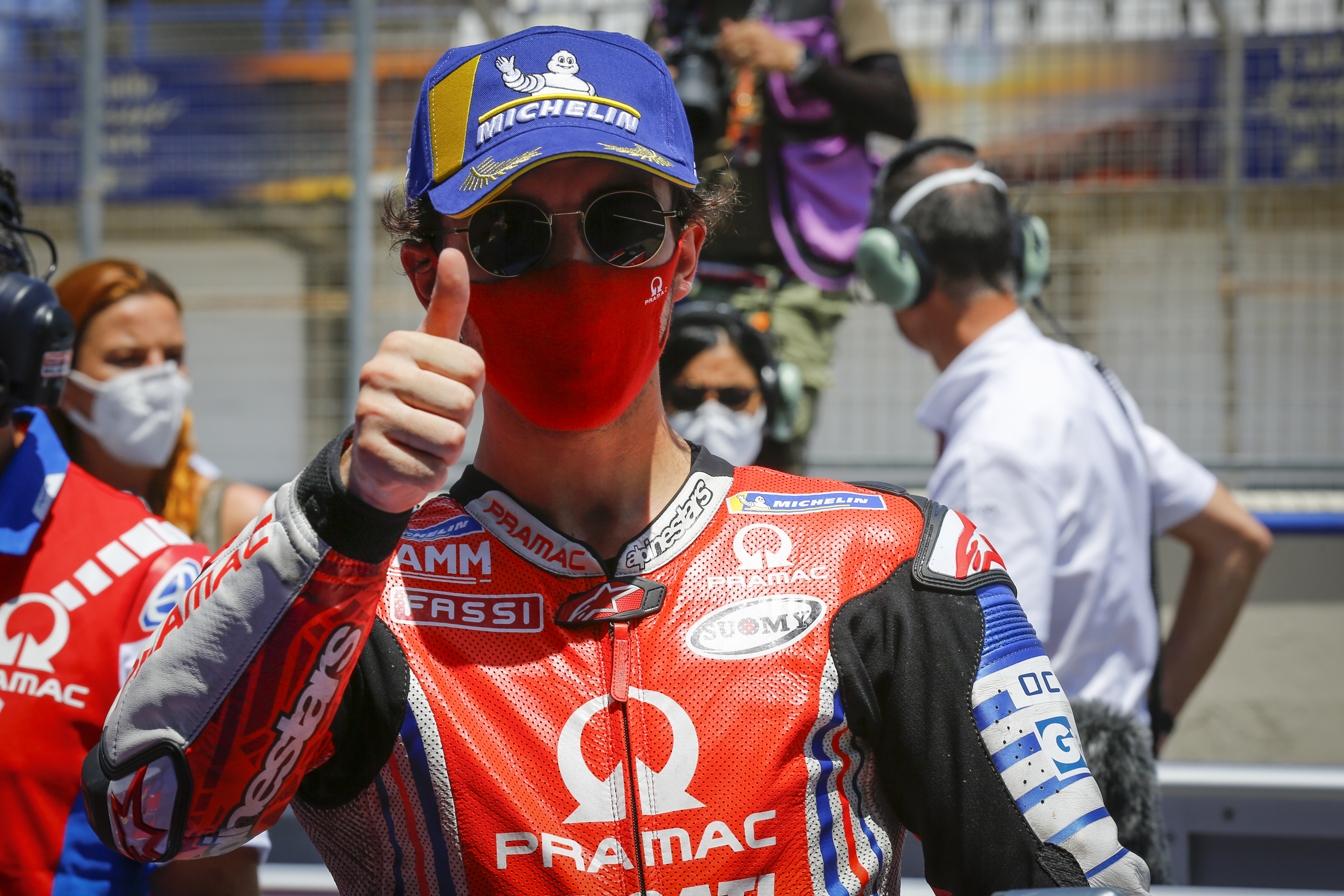