Quartararo bounces back from crash with Aragon pole

Oct 17 2020
By Valentin Khorounzhiy
No Comments

Petronas Yamaha rider Quartararo had been thrown off his bike at Turn 14 in third practice and was stretchered off the site of the accident, undergoing x-rays that uncovered no fractures.

He was nevertheless in pain, having hit his hip in a Friday crash and then seemingly aggravated the injury in FP3, but this did not stop the Frenchman from taking provisional pole on his first run in Q2.

Quartararo was around a tenth quicker than team-mate Franco Morbidelli and Jack Miller, despite towing the latter along on his fastest lap.

Vinales, alone in representing the factory Yamaha team this weekend after Valentino Rossi tested positive for COVID-19, jumped ahead of Quartararo with a minute left on the clock, and then improved upon his own 1m47.125s by three thousandths at the chequered flag.

But Quartararo came through with a lap that was faster still, taking pole position with a 1m47.076s.

LCR Honda rider Cal Crutchlow saw off the third Yamaha of Morbidelli by 0.012s to secure his first front row appearance of the season, with Miller and Quartararo’s nearest championship rival Joan Mir joining Morbidelli on the second row.

Espargaro limped off his bike once arriving to the pits, after having had a minor bit of contact with his brother Pol during Q2.

It was unclear whether this was linked to the latter failing to set a representative time in the final minutes, with the KTM rider thus completing row four behind Suzuki’s Alex Rins and Honda’s first-time Q2 participant Alex Marquez. 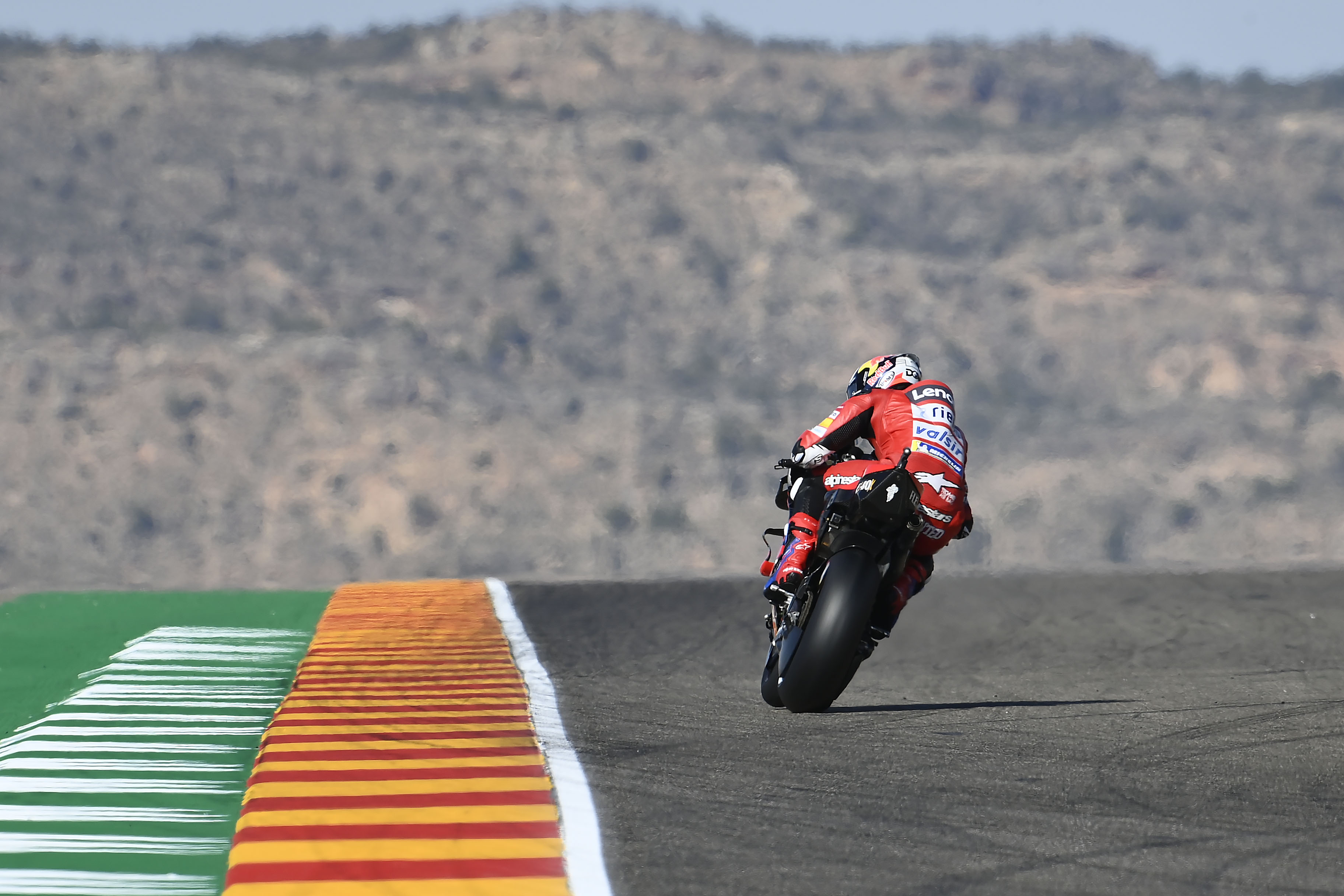 Andrea Dovizioso was eliminated in Q1 for the fourth time this season, and was visibly incensed as he arrived to his pit garage and threw his glove across the room.

His team-mate Petrucci – 10th in the standings to Dovizioso’s third – grabbed a tow from Dovizioso on both runs, and was quicker on both occasions, ending up a tenth and a half quicker.

And with Pramac Ducati rider Miller slotting in between them, Dovizioso missed the Q2 cut-off by 0.015s and was resigned to 13th on the grid.

KTM rider Brad Binder, who led Q1 at one stage, had a late shot at denying another Ducati a spot in the pole shoot-out, but his final lap unravelled with a mistake at Turn 12 and he was consigned to 14th, with Tech3 KTM rider Iker Lecuona joining him on the fifth row.

Qualifying had been moved back by an hour as part of a wholesale schedule shift to mitigate the impact of low track temperatures in the morning, and the same will be the case for Sunday’s race. 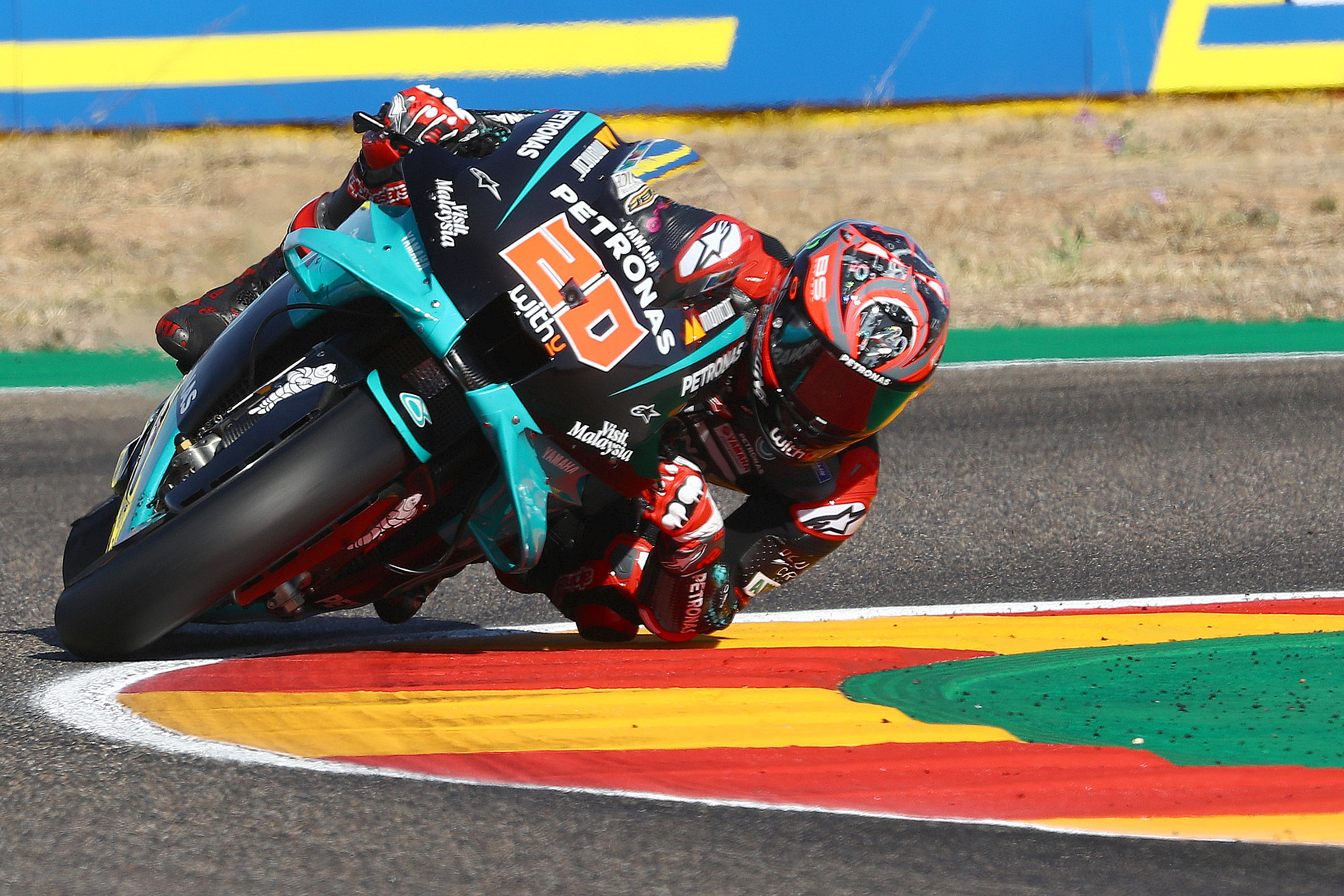