Franco Morbidelli topped the Saturday morning MotoGP practice at Motorland Aragon, as championship leader Fabio Quartararo was stretchered off after a painful crash.

Quartararo’s Yamaha was unsettled on the outside kerb out of Turn 13 and he was spat off his bike in a violent highside approaching the Turn 14 right-hander.

He was awake upon coming to a halt in the run-off, but gripped his left shoulder as he remained on the ground and had to be stretchered off the crash site.

The Frenchman, who had banged up his hip in a crash earlier this weekend, was taken to the circuit medical centre for a check-up.

The session had been pushed back by half an hour initially and then an additional 30 minutes so as to avoid an overly cold track surface, although it is believed riders were keen on it to start even later still.

The initial pace set by Quartararo was well over a second slower than what Maverick Vinales had managed on Friday, but Takaaki Nakagami edged closer by lowering the FP3 benchmark to 1m48.374s shortly after the halfway point.

Nakagami’s lap was an improvement on his own personal best from Friday, proving that the combined classification top 10 was not set in stone after Friday and encouraging riders to push for an improved laptime.

And Quartararo’s subsequent crash did little to discourage them, with team-mate Morbidelli taking over the top spot with a 1m47.859s with just over three minutes left on the clock.

LCR Honda rider Cal Crutchlow shored up his Q2 spot by taking second behind Morbidelli, albeit half a second off, with KTM’s Pol Espargaro 0.005s off the pace and Suzuki’s Joan Mir – Quartararo’s closest rival in the standings – a further 0.003s down.

The two KTMs of Miguel Oliveira and Brad Binder completed the top 10 in FP3 but will have to battle through Q1 as Vinales’ and Quartararo’s Friday times proved sufficient to secure them automatic Q2 spots.

Having been outside the combined classification top 10 after Friday’s running, all six Ducatis will indeed contest Q1.

This was despite Pramac rider Jack Miller seemingly setting a time good enough for Q2, only to have it chalked off due to yellow flags for Quartararo’s crash.

Ducati’s leading championship contender Andrea Dovizioso was only 11th in the session, having crashed early on at Turn 6. 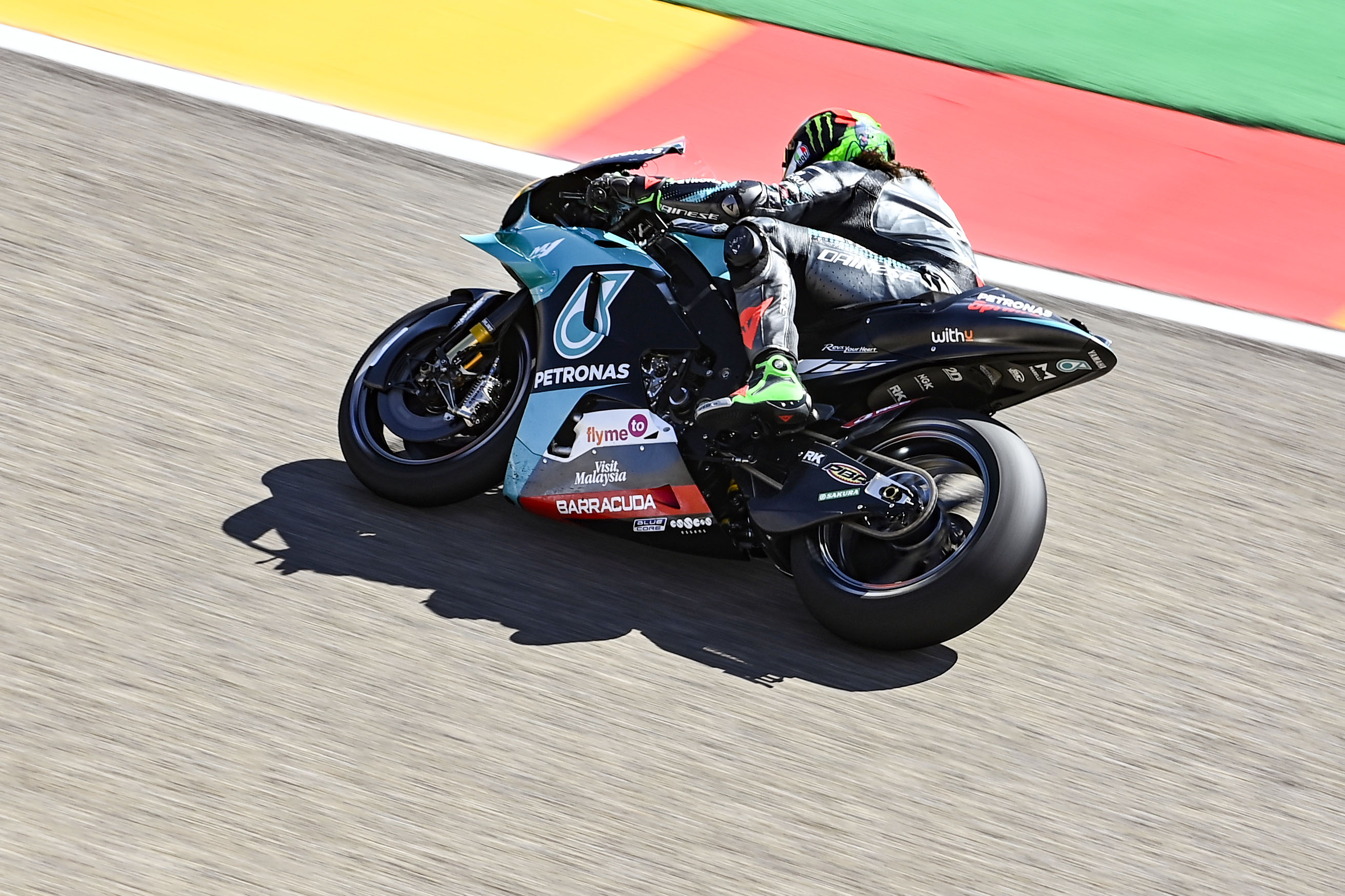 It's maybe one of the biggest "what ifs?" of 2020 - but would years of MotoGP dominance really have come to an end for Marc Marquez without his Jerez injury? Our MotoGP riders have two very opposing views