Ducati satellite MotoGP team Pramac will race a very different livery for the remainder of the 2022 season, having signed a three-year deal with a new title sponsor.

The team will race as Prima Pramac Racing, following agreement for Italian insurance company Prima Assicurazioni to become a title sponsor through 2024.

And Prima’s arrival will herald the first significant change in Pramac’s full-season colour scheme in a while, with the 2022-spec Desmosedicis run by the team now wearing a significant amount of purple to mark the new partnership. 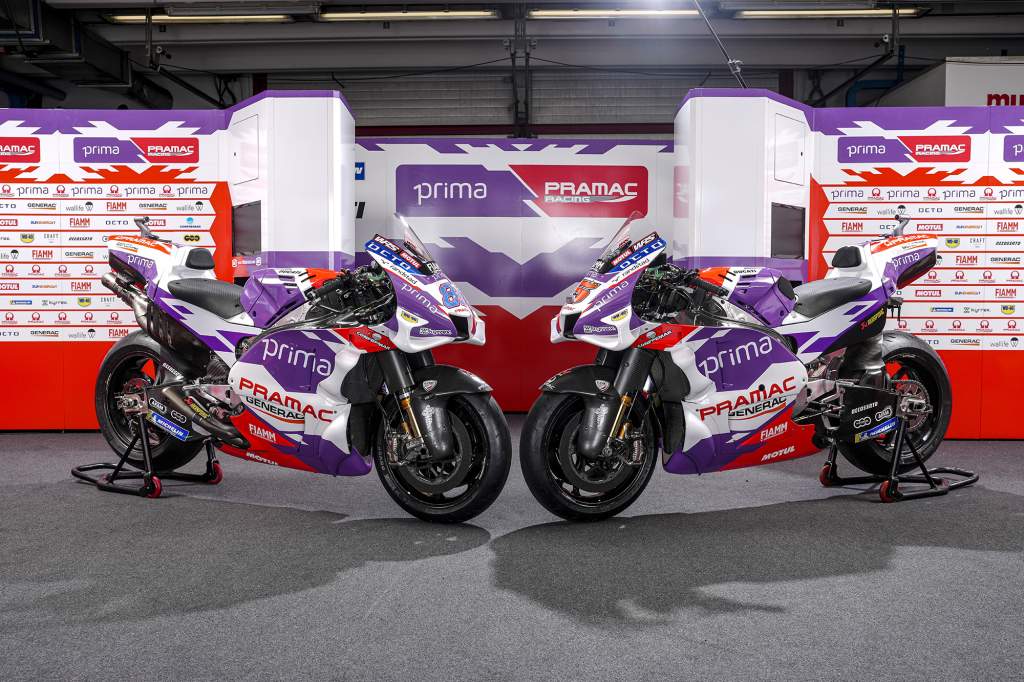 Pramac CEO Paolo Campinoti described the deal as “a new chapter in Pramac Racing history” and expressed hope it was “only the beginning of a great and exciting adventure”.

The outfit has long established itself as one of MotoGP’s leading satellite teams, but only won its first-ever MotoGP race last year, with then-rookie Jorge Martin.

It’s only eighth in the current teams’ standings, with neither Johann Zarco nor Martin finding the adaptation to the new Ducati Desmosedici GP22 easy, yet both have already graced the podium – and Pramac is just seven points off leading independent outfit Gresini.

Pramac’s line-up for 2023 is yet to be firmed up, with the team keen on retaining Zarco but facing the possibility of losing Martin to the works outfit – with the likes of Jack Miller and Enea Bastianini mooted as potential candidates to come in.