Fabio Quartararo has been handed a long-lap penalty for the next round of the 2022 MotoGP world championship, following his collision with title rival Aleix Espargaro during Sunday’s Dutch TT at Assen.

Quartararo lunged down the inside of Espargaro at the Strubben corner on the fifth lap and fell in the process, his fallen Yamaha taking Espargaro into the gravel – albeit with him staying on his Aprilia.

Speaking in a more detailed summary of the offence than usual, the stewards claimed that Quartararo’s overtake was “overly ambitious”, and that despite Espargaro not suffering significant damage to his own title hopes, it still warranted a sanction.

“During the MotoGP race at the Motul TT Assen,” they said in the statement, “an incident between #20 Fabio Quartararo (Monster Energy Yamaha MotoGP) and #41 Aleix Espargaro (Aprilia Racing) saw rider #20 crash and make contact with #41 at Turn 5.

“The FIM MotoGP Stewards panel deemed Quartararo was overly ambitious in attempting to overtake A Espargaro. #20 was not in a position to successfully complete the move and subsequently crashed, causing contact with #41 and forcing him to run wide.

“The avoiding action undertaken by A Espargaro allowed him to avoid crashing and rejoin. Nevertheless, his race was severely impacted.” 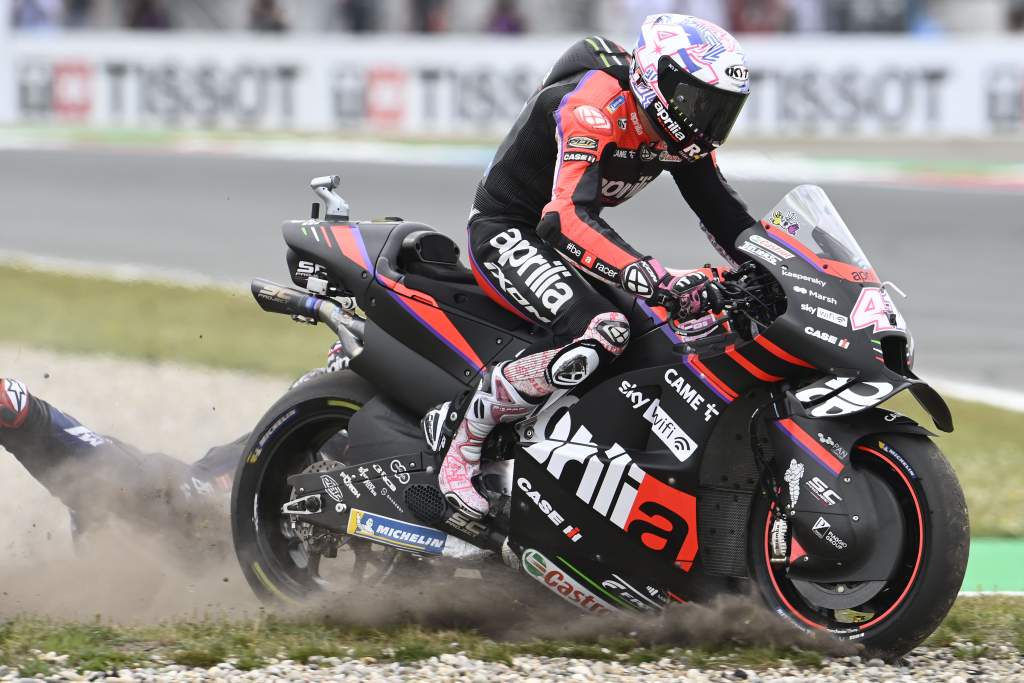 Quartararo was able to rejoin the race in last place after the crash and would have been able to serve the sanction then were it awarded at the time – something that happens with regularity in Moto2 and Moto3. But, with the incident having been only investigated after the race, the reigning world champion will now instead have to serve his penalty next time out at Silverstone.

The decision is set to ignite fresh controversy within the paddock following a series of similar incidents in recent weekends which have went by without any penalty, most controversially Taka Nakagami’s lunge on Alex Rins and Pecco Bagnaia at Barcelona which left Rins with a broken wrist.

In fact, Quartararo’s rider assistant Tom Maubant has already started that debate, taking to Instagram in the immediate aftermath of the announcement to join Rins in seemingly calling for chief steward Freddie Spencer to be replaced.