May 1 2021
By Valentin Khorounzhiy
No Comments

Marquez fell at the Turn 7 left-hander while pushing for an automatic Q2 spot in the dying seconds of FP3, both he and his RC213V bike striking against the air fence at the exit of the corner.

The Honda man was winded but seemingly avoided major injury, walking away from the site of the crash and swiftly returning to his garage. With his right arm an obvious area of concern, he then seemingly headed off to the circuit’s medical centre. 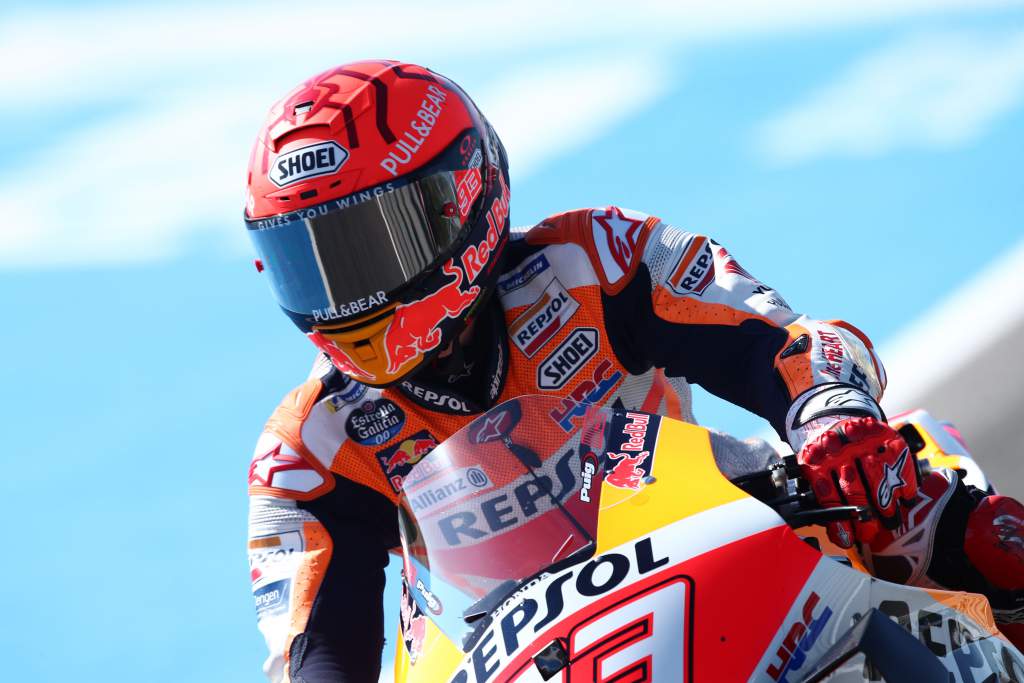 A number of riders had improved on their Friday times right away in FP3, with Aprilia standout Aleix Espargaro among them and taking an early lead as a result.

But he’d been usurped by Franco Morbidelli by the time the usual soft-tyre bids for an automatic Q2 spot began, and it was only then that Francesco Bagnaia’s Friday benchmark fell, courtesy of a 1m37.010s lap by Fabio Quartararo.

With three minutes left on the clock, Morbidelli reclaimed the top spot with an emphatic 1m36.684s, which was then chalked off for track limits – meaning it was Nakagami who recorded the first legal sub-1m37s of the weekend a few seconds later.

Quartararo tried to reclaim the top spot for Yamaha as the chequered flag flew, but came up 0.025s short, while wildcard rider Stefan Bradl made it two Hondas in the top three.

Reigning champion Joan Mir was fourth for Suzuki, recording his first automatic Q2 passage of the season, while Espargaro completed the top five for Aprilia.

Maverick Vinales and Morbidelli wound up with identical laptimes for sixth and seventh respectively, and were both just 0.098s off Nakagami’s time.

Friday pace-setter Bagnaia was comfortably within the combined practice top 10 for most of the session, but was suddenly facing a Q1 appearance in the end, and had to bail out of a late fast lap due to yellow flags for Marquez’s crash.

However, he managed to start another attempt seconds before the chequered flag fell, and moved up to eighth place, ahead of fellow Ducati rider Johann Zarco and the second Suzuki of Alex Rins. 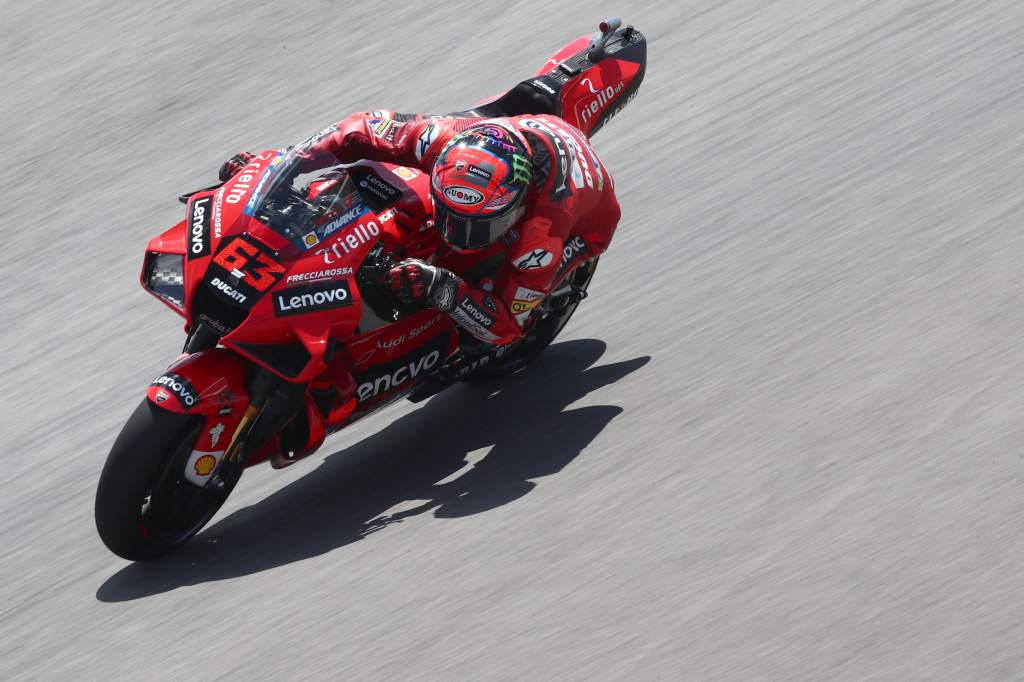 Bagnaia’s improvement means his factory Ducati team-mate Jack Miller will contest Q1 instead, having missed out on the top 10 by 0.010s.

Among those joining Miller in Q1 will be Marquez, the other factory Honda of Pol Espargaro (who is continuing to struggle for one-lap pace), the two factory KTMs and Valentino Rossi – who had an improved showing but was still only 15th.

18 mins ago Motorcycle racing No Comments

34 mins ago IndyCar No Comments