Michelin has once again been forced to downplay consistency issues with its MotoGP tyres, following complaints by reigning world champion Joan Mir in free practice for this weekend’s Spanish Grand Prix at Jerez.

The problem isn’t a new one, and according to The Race’s sources it’s not the first time this year that Mir has been hit with problems. An issue with the tyre was the reason for his drop through the field to seventh at the second race of the year in Qatar.

“We had some trouble with the new tyre,” he explained afterwards, “but we more or less know what the problem was with it. I had some problems, and that’s it.

“It’s not the first time this year that it has come, and it’s something that’s difficult to control. I hope that the situation improves, because it’s really frustrating.”

It’s not uncommon to hear riders complain about consistency issues with Michelin, especially with the limited number of pre-heated tyres they’re supplied with each weekend which have already spent time at high temperature. But, with the complaints seemingly becoming more frequent of late, Mir says it’s something they need to address.

“I probably have this problem once in a grand prix,” he added, “or even a bit more sometimes. It’s something that I don’t want to talk much about because it’s not the right thing to do – or at least, it won’t be OK for me if I do! 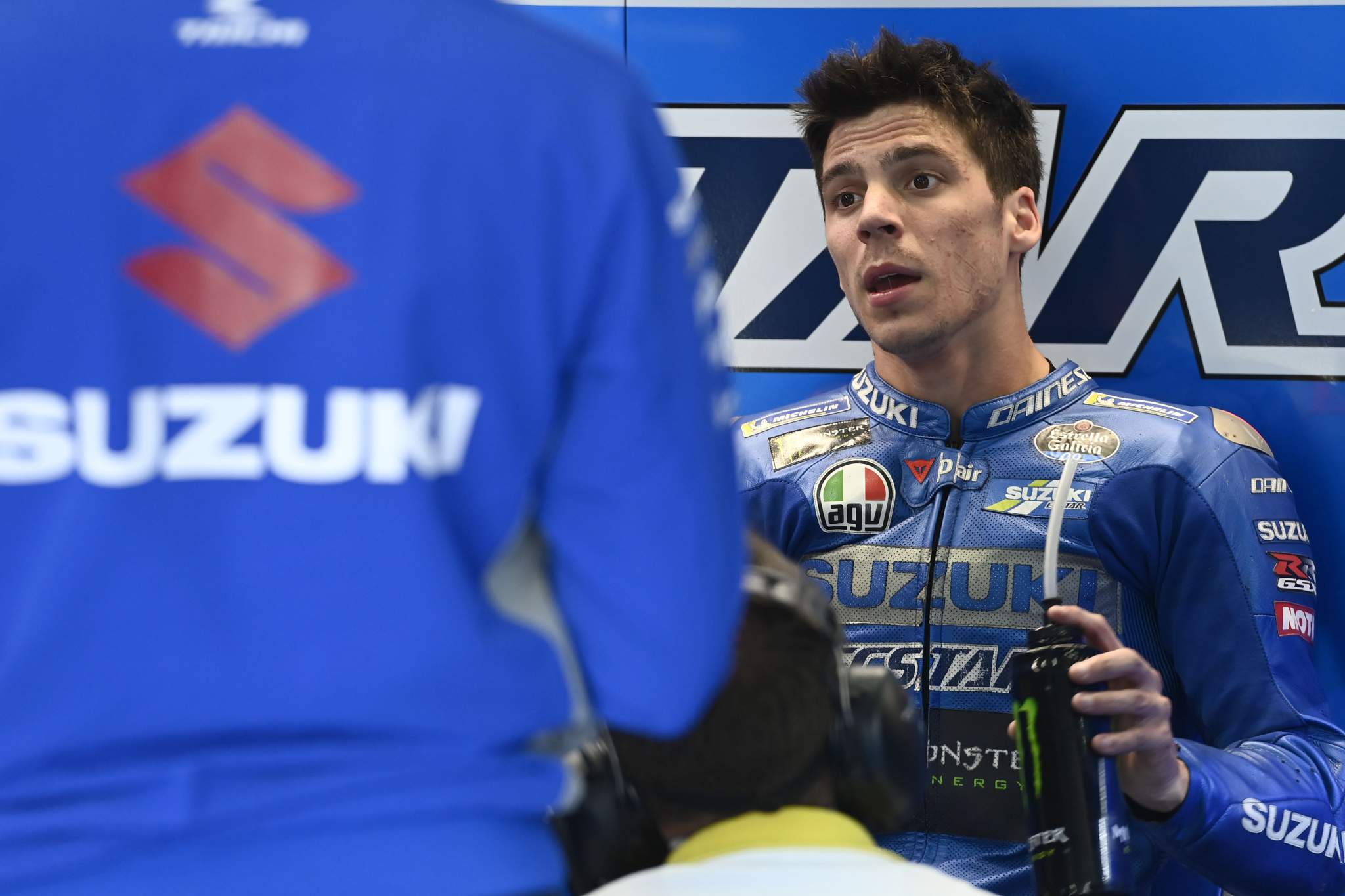 “Last year was a lot better, and for some reason this year it’s happening a lot more to me especially. I’m a bit angry because of it.”

However, speaking exclusively to The Race, Michelin boss Piero Taramasso downplayed the world champion’s complaints, admitting that they have had issues on occasion but adamant that it’s a lot less common than Mir implied.

“I know that when Joan went out with the soft he said he was getting more spin than usual on the right side,” Taramasso explained. “Now we’re checking the data, and the only thing that I can say is that it was a preheated tyre.

“Every rider here gets one preheated tyre out of the six softs that they’re given, and everyone used theirs yesterday. He was the only rider to complain, and for us the situation is under control.

“We checked the data and we say there was a lot of spin, but unfortunately we can’t make a back to back comparison because he used the medium before.

“When we have complaints we check and we go back to the teams with the analysis, and sometimes it happens that some tyres have a fault, because it is an industrial process. But it’s very, very little.

With preheated tyres a frequent cause for concern among riders, there’s been some calls for Michelin to end the practice of redistributing rubber that has been previously through heat cycles in tyre warmers – but it’s not a situation that’s going to change for them any time soon.

“Since competition has existed there have been preheated tyres, and everyone uses this system,” said Taramasso. “You can’t throw away a brand new tyre that’s only spent two or three hours in a warmer. There are sustainability reasons, logistical reasons and cost reasons.

“We’ve done studies on these tyres and we know that it’s not an issue until the tyres have been heated for a set number of hours, the properties of the compound doesn’t change. When it passes that threshold we take them out of the allocation.

“These are tyres that we give to the team – they heat them up, and they give them back to us! They need to start heating only the tyres they use, not more.

“Maybe what we can do in the future is to create a full allocation of preheated tyres, so that they’re all the same and there’s no more complaints.”