May 1 2021
By Valentin Khorounzhiy
No Comments

It meant Quartararo maintained his perfect MotoGP qualifying record at Jerez, having now taken four poles in four attempts at the Spanish venue.

A change in temperature and wind speed seemed to catch out several riders right in the lead-up to qualifying, with the pre-qualifying FP4 session punctuated by a number of late crashes.

The two Aprilia riders crashed to kick off the chaos – although Espargaro had also fallen at the start of FP4 – before Suzuki rider Alex Rins, Honda’s Pol Espargaro and Tech3 KTM’s Danilo Petrucci followed suit. 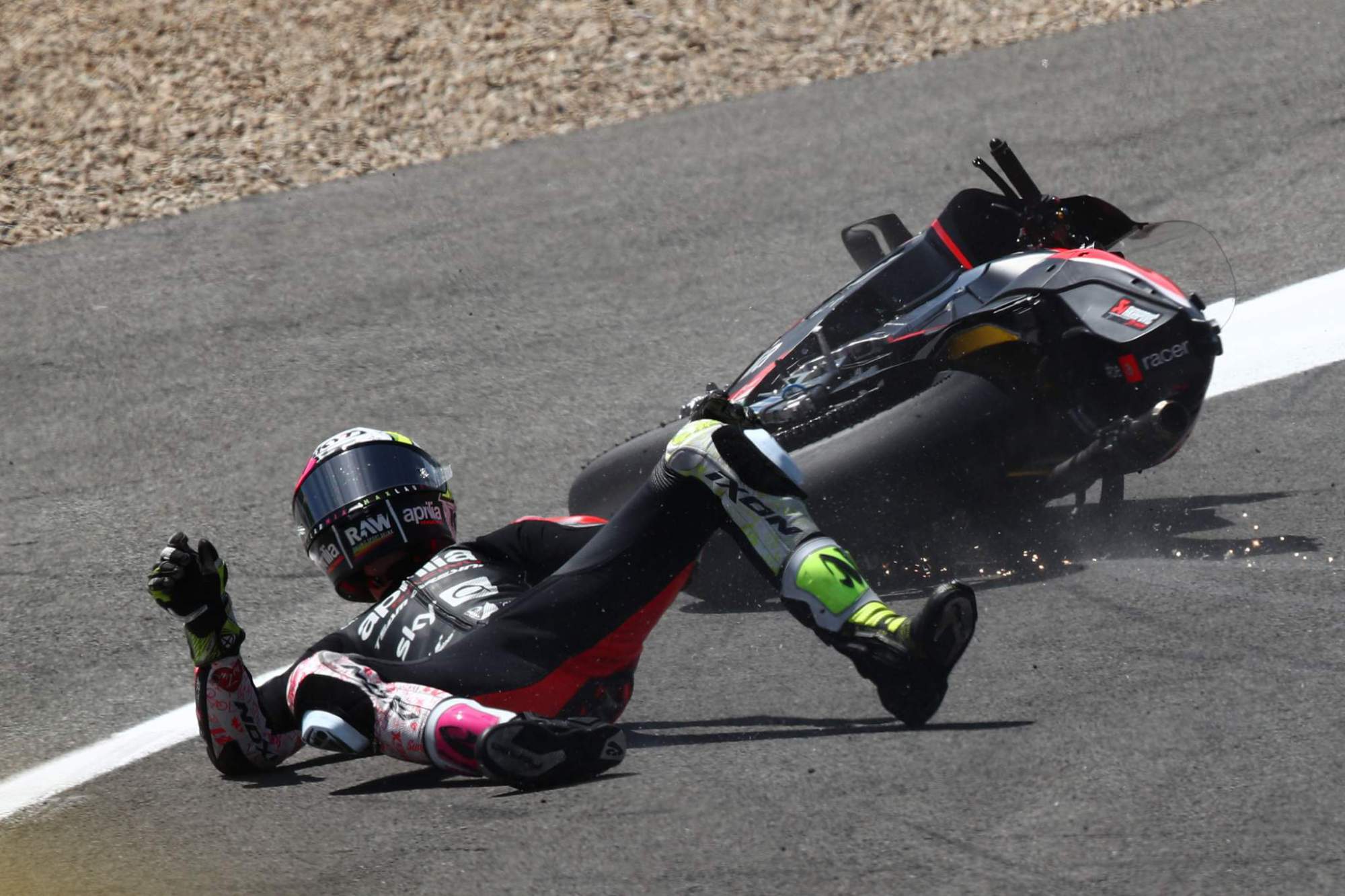 When the pole shoot-out began, Quartararo got the early advantage, leading ex-team-mate Morbidelli by 0.005s after the initial round of laps.

He then improved right as the chequered flag flew, stretching his lead over Morbidelli to 0.057s.

The Petronas Yamaha man had no response and settled for second, which still represented a great return given he’d unexpectedly found himself having to fight through Q1.

Morbidelli had posted two laps in FP3 that were easily good enough for an automatic Q2 spot. But the first one was deleted for track limits immediately, and then his second lap was chalked off after a post-session investigation, and therefore Morbidelli was consigned to the first segment of qualifying. 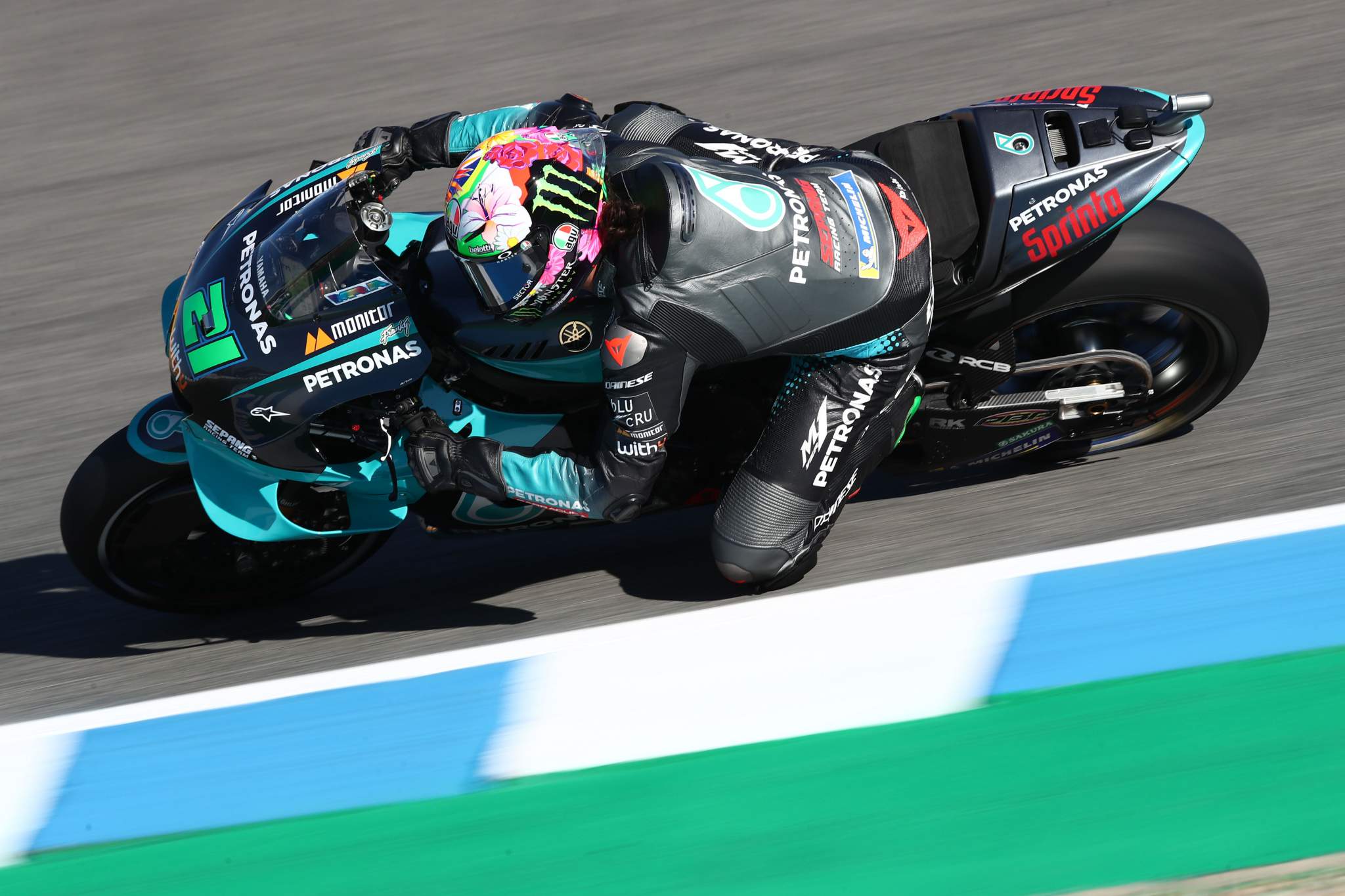 Yet he advanced with ease, doing so alongside the KTM of Brad Binder, who was the Austrian marque’s sole Q2 representative.

Ducati rider Jack Miller, who was the beneficiary of Morbidelli’s FP3 cancellations and got a direct Q2 ticket, as a result, made the most of it by completing the front row, having followed team-mate Francesco Bagnaia on his fastest lap. 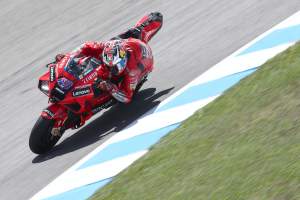 Bagnaia himself then moved up to fourth place at the chequered flag, with Takaaki Nakagami (LCR Honda) and Johann Zarco (Pramac Ducati) joining him on the front row.

Maverick Vinales was only seventh for Yamaha, with Aleix Espargaro ninth and the two Suzukis of Alex Rins and Joan Mir completing the top 10, despite Mir being just 0.399s off the pole time.

Despite his FP4 crash, Pol Espargaro got his first qualifying win over new team-mate Marquez, but the factory Honda pair had to settle for 13th and 14th respectively. 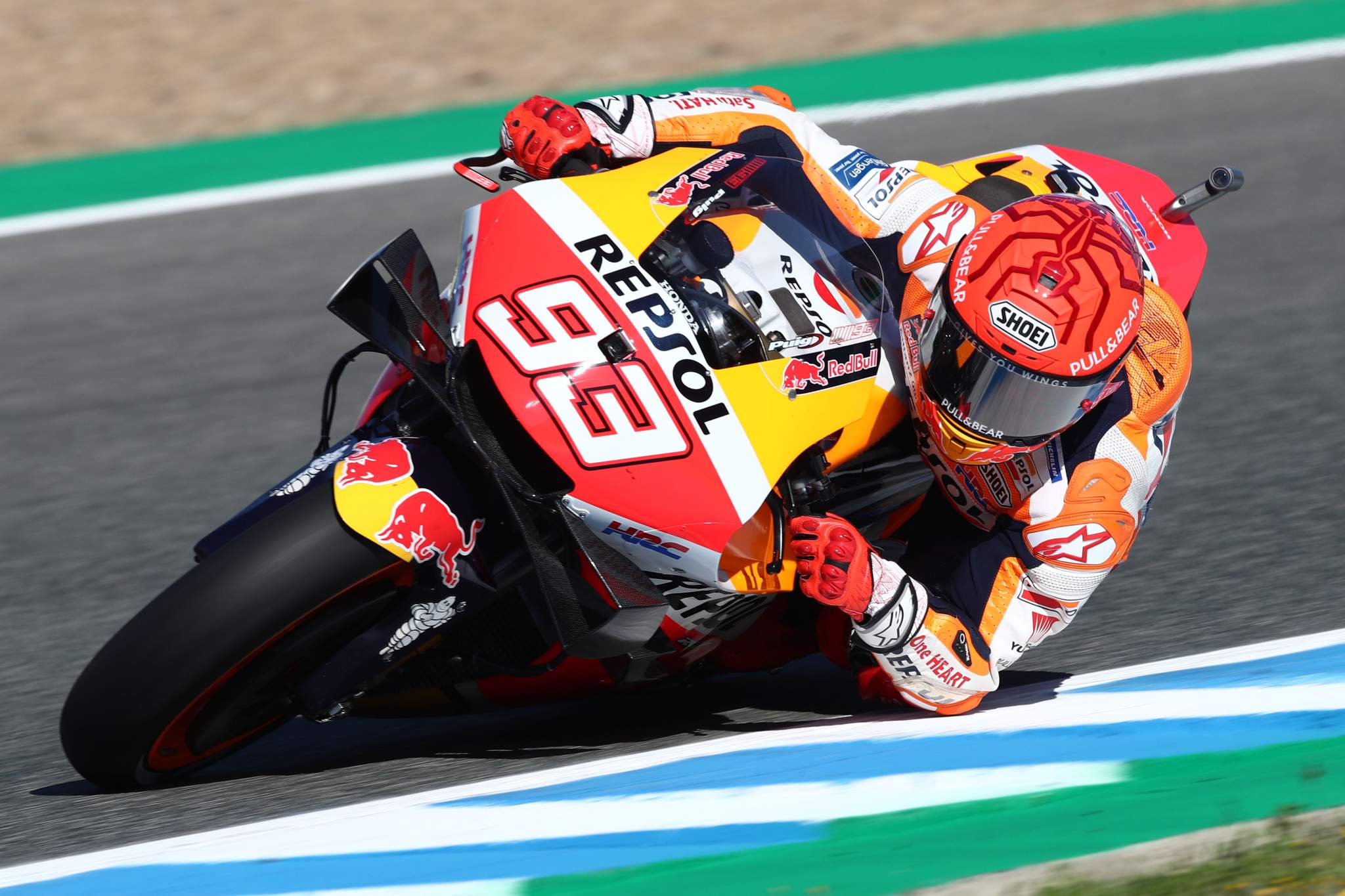 It marked Marquez’s first Q1 exit since 2015, but the Spaniard will have been relieved to avoid major injury in his FP3 crash, having been to hospital for a CT scan that uncovered no substantial damage.

The Honda duo were supposed to be even further back, as Binder’s KTM team-mate Miguel Oliveira was just 0.022s behind the South African after following Binder on his final Q1 lap. But, having already missed out on Q2, Oliveira then had the lap chalked off for track limits, and was relegated to the sixth row, allowing Avintia Ducati rookie Enea Bastianini to join the Hondas on row five instead.

Valentino Rossi followed his Petronas Yamaha team-mate Morbidelli in Q1 but could only place seventh-fastest in the session, meaning he has qualified no higher than 17th for a third consecutive event.