The 2022 Ducati MotoGP team launch has become the first event of the season to be struck by COVID-19, with the official presentation of its new colours delayed by a week because factory rider Jack Miller is stranded in his native Australia after testing positive for the virus.

Miller was originally scheduled to fly from Queensland back to Europe for the presentation on 27th January, but it’s now been delayed until he can join the team for the first pre-season test of the year – with the launch now taking place on 7th February, one day ahead of rivals Repsol Honda and in the short break between the two pre-season tests in Malaysia and Indonesia. 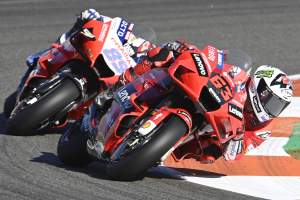 “Unfortunately, I’ve been tested positive for COVID-19,” said Miller in a short statement released by the team, “which means I am unable to travel to Europe. I am still home in Australia and doing fine. Since I don’t have any symptoms, at least I can continue with my training. I miss you all and will see you in Sepang for the test.”

However, there’ll be a chance to see Ducati’s 2022 livery ahead of the rescheduled event, with test rider Michele Pirro unveiling what is likely to be a relatively unchanged colour scheme at the shakedown test in Sepang prior to the first proper pre-season test.

The three-day shakedown gets underway on January 31st. 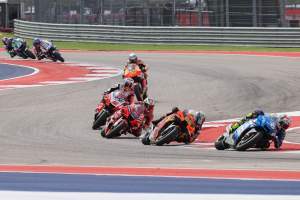 It means that the only factory squad to show off its new machines ahead of the start of testing will be KTM, with the Austrian factory once again joined by satellite team Tech3 for a double event which will take place on January 27th.

Before then, however, the newly-formed WithU Yamaha team will reveal its bikes in Verona, early next week, with the team’s launch scheduled for Monday the 24th.

The factory Yamaha squad will unveil its bike on February 4, with Suzuki and Aprilia yet to confirm when they’ll launch their bikes.