Does MotoGP 2020 risk a premature ending? - The Race
Skip to content
MotoGP

MotoGP bosses have reiterated their plans to complete a full 2020 season, even as large parts of Spain go back into a coronavirus state of emergency ahead of the penultimate two rounds of the series in Valencia early next month.

Restrictrictions were tightened again on Sunday in Spain as a second wave of the COVID-19 virus has already created more cases than the initial wave.

Those new policies will include a range of measures including overnight curfews in major cities and potentially even restrictions on travel between Spain’s autonomous regions.

However, speaking in a statement released by series promoters Dorna, CEO Carmelo Ezpeleta says that despite the new measures, he doesn’t believe that they will affect the upcoming two races at Valencia and the series finale at Portugal’s Portimao.

“At the moment nothing has changed,” said Ezpeleta.

“A state of alarm in Spain doesn’t impact our situation. We’re working during the race, and if there are restrictions on movement after 22:00 until the morning, it doesn’t impact us.

“At the moment we can continue. In any case, we’re in close contact with authorities in each place, and at the moment we didn’t receive any kind of information about it.”

Ezpeleta was also quick to praise Dorna’s measures to control the spread of the illness in the paddock.

“The situation is as we proposed in the beginning, we are controlling the cases,” said Ezpeleta. 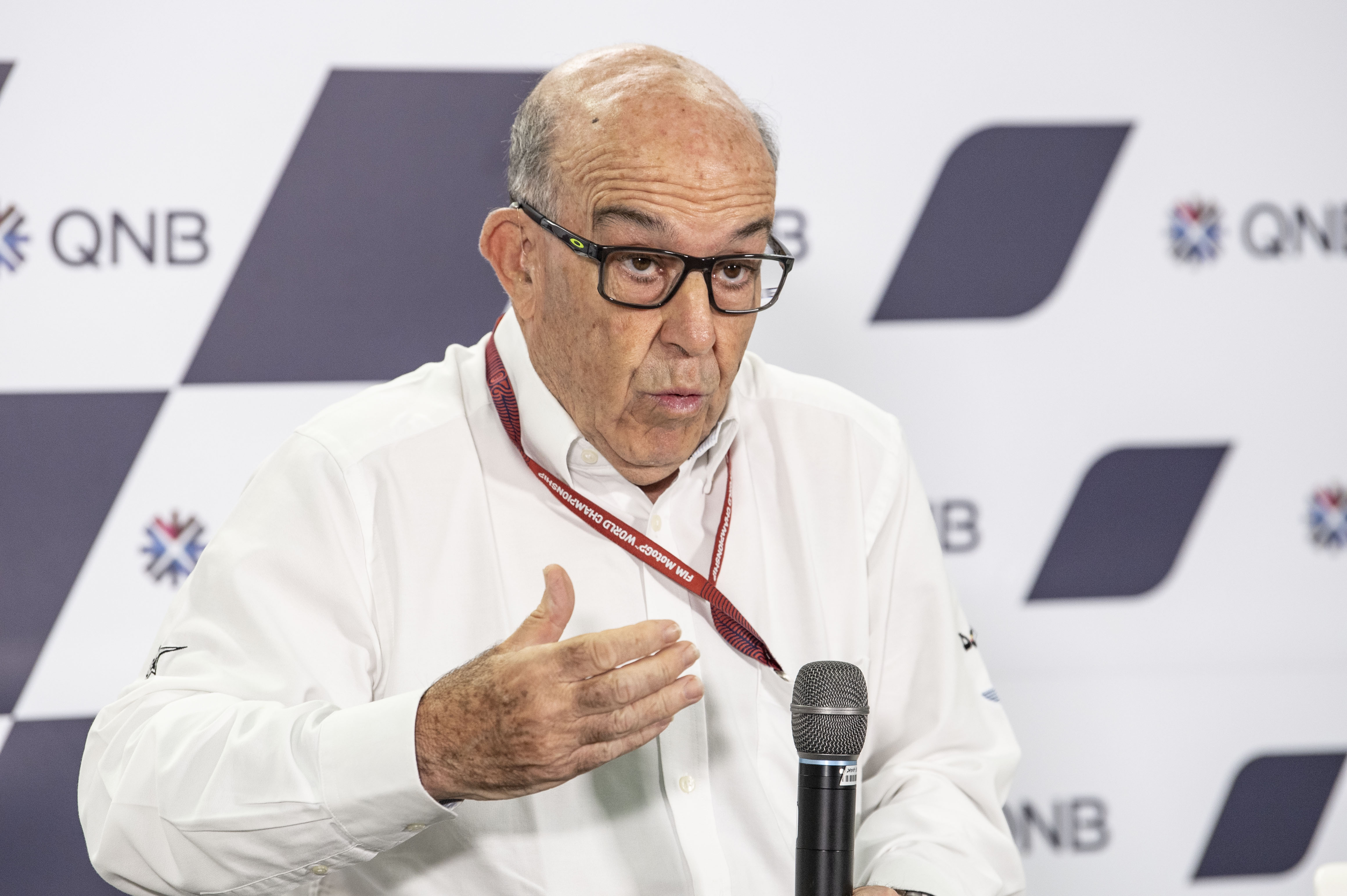 “There were some in Austria, and then in any place there have been one or two people who have been home and then have some problems before they return – some riders and some workers in the paddock.”

Paddock rumours suggest that the true number of positive COVID-19 cases is higher, and while MotoGP does not disclose the number of positive cases per weekend, a number of riders have been prevented from racing in the last two Aragon rounds – most notably Valentino Rossi.

But MotoGP has been proactive in preventing the spread of the virus within the paddock, with stringent testing catching positive cases before entering

“The most important thing is that through the tests we’re doing, we are able to control everything and know what the situation is,” said Ezpeleta.

“Right now we don’t see any problems in the future, but I repeat, we’re in close contact with authorities in each place.

“The remaining places are Valencia and Portimao, and at the moment we didn’t receive any queries.” 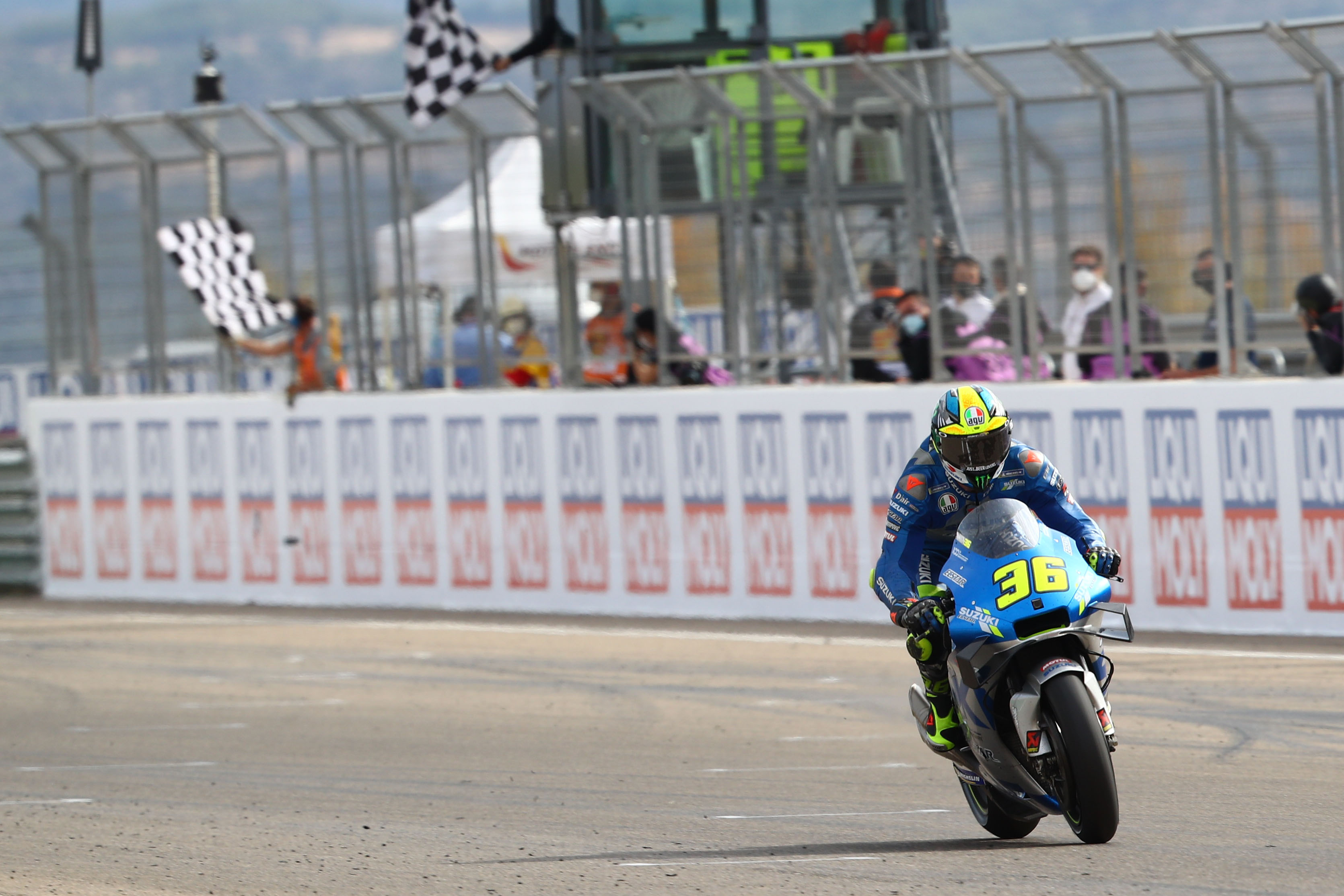 Championship leader Joan Mir admitted ahead of Sunday’s race at Motorland Aragon that the possibility of losing a round with no warning is something that’s always on his mind.

“I don’t have any obsession with keeping the lead in every race because it’s not a nice way to think, but it’s something that comes to my mind sometimes and that I think about.

“Every one of us knows that if the situation is like it is now, it’s a risk that we don’t finish the championship. It’s important to always be competitive, to always concentrate on the good points.” 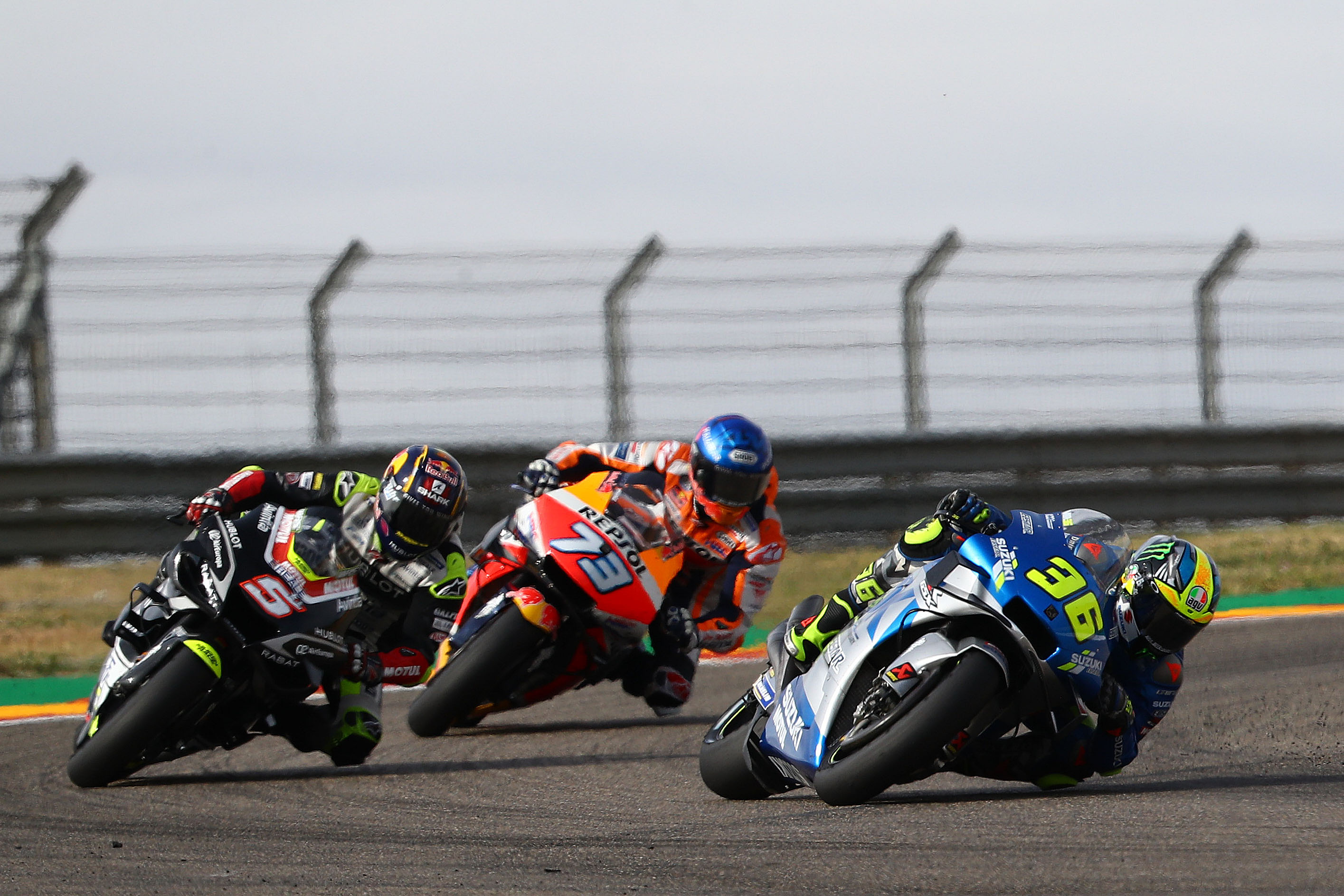