LCR Honda rider Taka Nakagami has come away from today’s Teruel Grand Prix disappointed but not downbeat, keen to take the positives from his first MotoGP pole position at Motorland Aragon despite crashing out of the battle for the lead on the opening lap of Sunday’s race.

The Japanese rider was completely honest when he spoke to the media after the race, admitting that he knew that there was a simple explanation for his fall only seconds into the race: the pressure of his first-ever time starting a MotoGP race as the favourite.

He finished every single session of the weekend up to the race in no worse than second place and with a healthy advantage on race pace over his rivals, and his team-mate Cal Crutchlow had tipped him as early as Friday as the clear winner of Sunday’s race.

But, with the expectations of the world on his shoulders when the lights went out and no one lined up in front of him for the very first time, he conceded afterwards that the mistake had been entirely his own.

“One mistake cost me massively, and I’m really disappointed. But I had to try and give my maximum performance from the start, and I was too fast,” Nakagami said.

“I couldn’t believe I had made the mistake and I’m disappointed in myself, but I’m OK, I have no injuries and the championship is almost over but we still have three races to go.

“My mind is clearer now. Before the race was the first time that I had ever felt incredible pressure from the outside, and that’s the reason why I made a stupid mistake. I have to learn from my mistakes for the future and try to be stronger for the next races.” 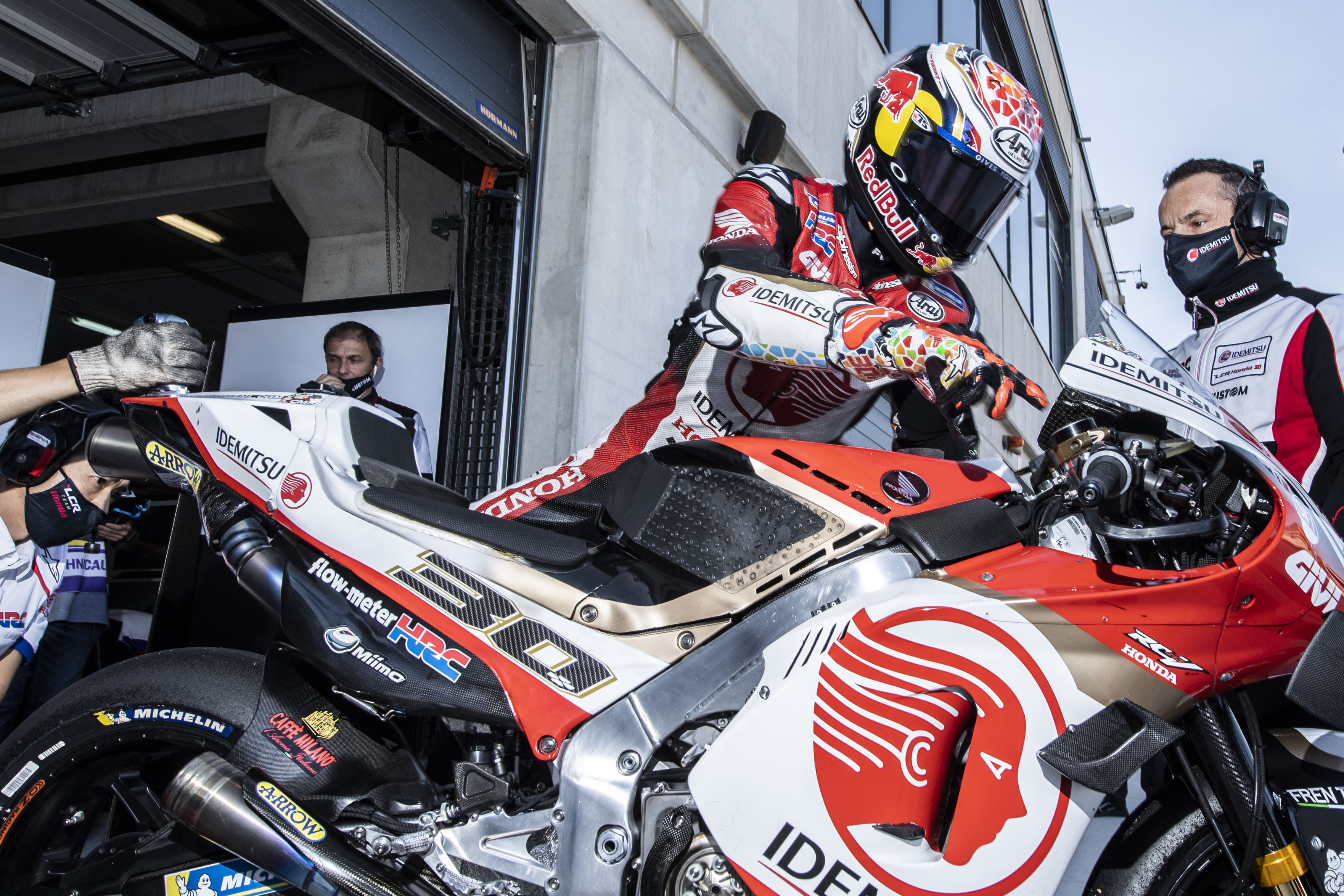 Nakagami was up front about the specifics of his fall at only the fifth corner of the 23-lap race, too. Knowing exactly what he did wrong, he was quick to admit both the detail and the bigger picture as he battled with eventual winner Franco Morbidelli for P1.

“On the braking into Turn 5, I was just a little bit on the outside,” he said. “In my mind I couldn’t control what I was doing, I braked too sharply, and I lost the front and had a crash. It was such a stupid mistake, and I don’t know why I did it in that moment – but I can tell you that I was just too fast. I was out of control.”

And with his mistakes – and his high-pressure weekend fresh off signing a new two-year factory Honda contract – now in the past, he’s adamant that the experiences of Aragon will only serve to make him stronger for the remaining races of 2020.

“I can say that today was a massive pressure on me,” he told The Race afterwards, “and this was a first for me. First pole position, no one in front of me – a nice view, but before the start my heart rate was maybe 200bpm! It’s the first time I’ve felt like it and I think next time I start on pole position I can remember that I felt like this in Aragon and I made a mistake.

“Every experience like this helps, and we need to understand it. The most important thing for the future is how to manage the pressure. Today I couldn’t control it, but if I can in the future then we can win many races.

“I believe in my team, I believe in Honda and today I made a mistake but I’m already looking forward to being strong in the future. There’s only three races left this year, but I don’t care about the championship now – I just want to be in the mix. I want to enjoy myself.” 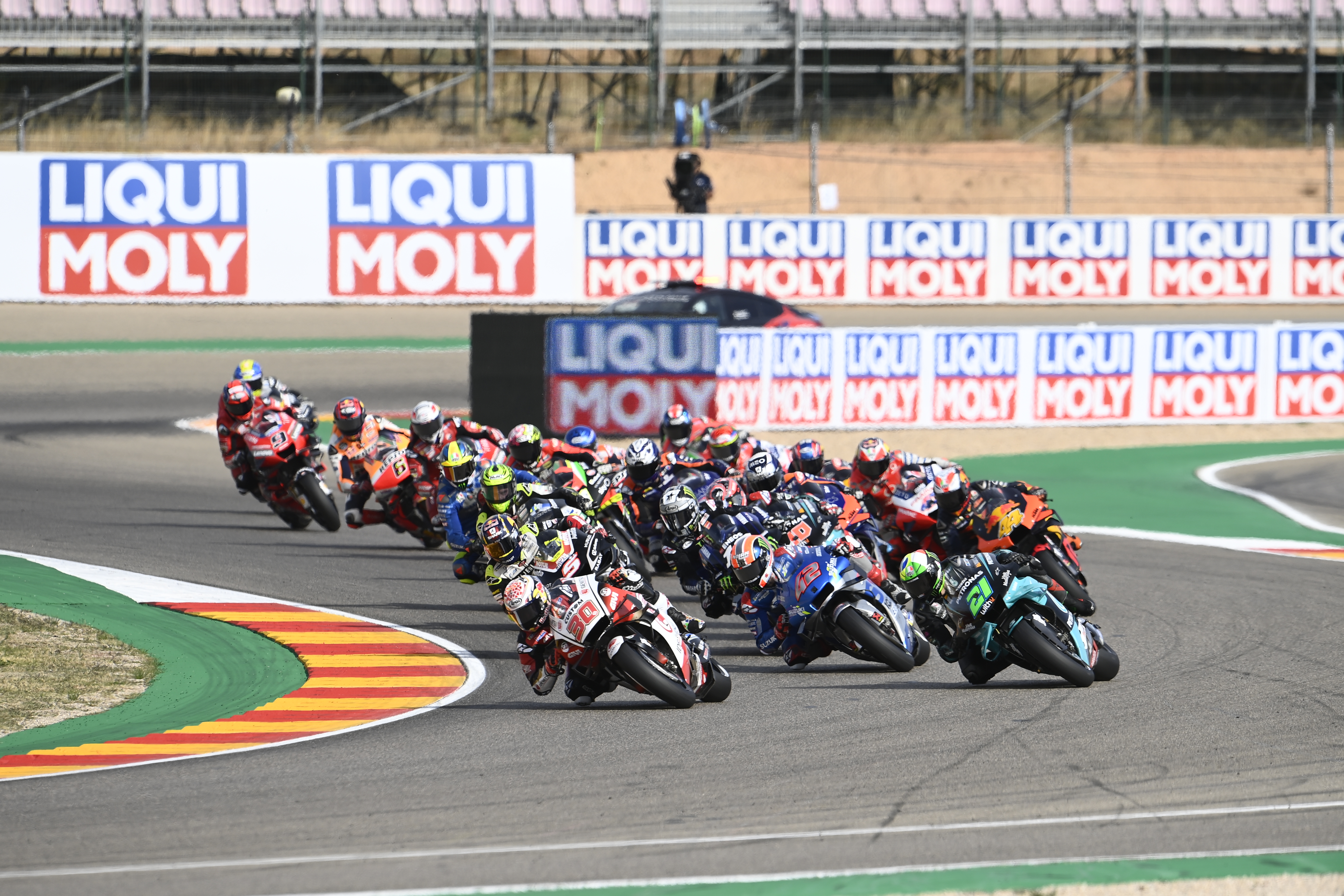