Quartararo fell on the opening lap of the race when he struck the rear of Honda rider Marc Marquez’s bike, which fired him over his handlebars, after which he made contact with his bike’s front wheel again before landing face down at high speed.

The Yamaha rider, whose suit came open in the incident, was left with considerable abrasions and burns to his chest.

That prompted speculation that something had gone wrong with his leathers, fed by an incident in 2021 when Quartararo’s suit came unzipped during the Catalan Grand Prix at Barcelona, which cost him a podium finish and left him lucky not to be black flagged out of the race.

After analysis of not only Quartararo’s suit, but also the data its airbag system records and available video footage (the majority of which was caught by the bike as Quartararo fell in front of it), Alpinestars has stated that the situation was caused not by a failure of its suit but rather due to a combination of factors that triggered a situation “beyond any level remotely recorded” in the past. 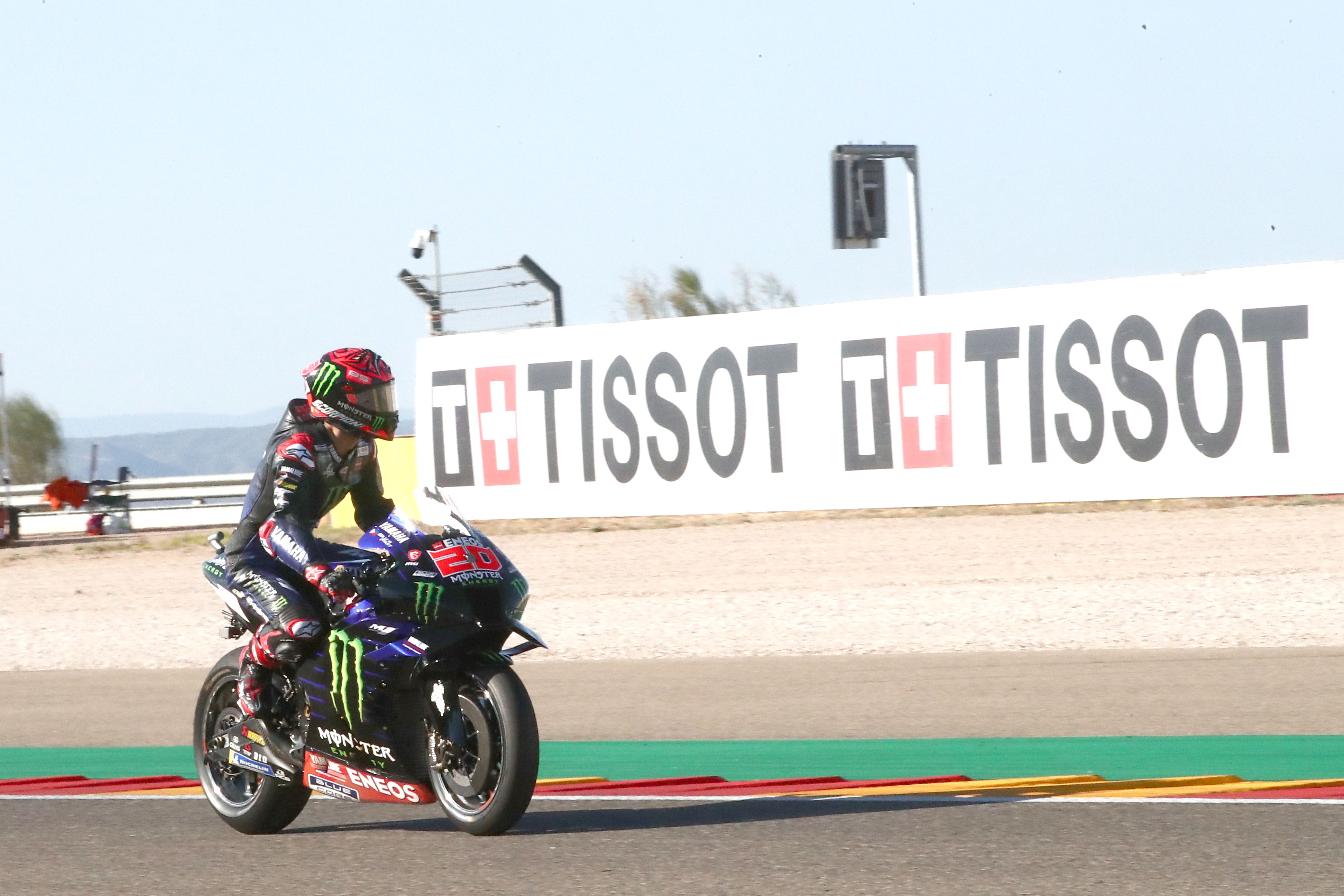 “After colliding with the rear of another motorcycle on the exit of Turn 3, Fabio flipped forward over the front of his bike causing his airbag to accurately fully deploy prior to his first impact with the ground,” a spokesperson told The Race.

“The fall over the front of the bike was complicated by the fact that after Fabio made contact with the ground and was sliding on his back [with the zipper intact at this stage], he was then struck by a significant secondary impact; an impact to the chest area by the front wheel of his bike.

“Our analysis has led us to conclude that with his airbag fully deployed for the first impact, and with the leather suit stretched significantly due to abrasion resistance between the back of his suit and the asphalt, when the front wheel of the bike made contact with Fabio’s chest it gripped on the leather and stressed the zipper beyond any level remotely recorded in the thousands of crashes we recorded so far. 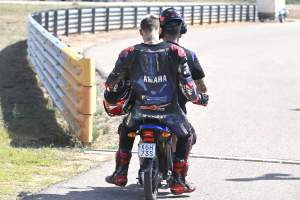 “All elements of the suits are intact, including all seams and the attachment of the zipper, but the zipper teeth themselves gave up due to the extraordinary pull.”

While the damage might have been the result of an incident not previously experienced by the brand – which is by far the most popular provider of suits in MotoGP – Alpinestars also conceded such a situation cannot be allowed to recur.

It said it would take steps to address and remedy the problem as soon as possible.

“Alpinestars wants to make clear that although this seems to be an extraordinary circumstance, it is addressing this with solutions designed to not allow this to happen ever again,” the spokesperson added. 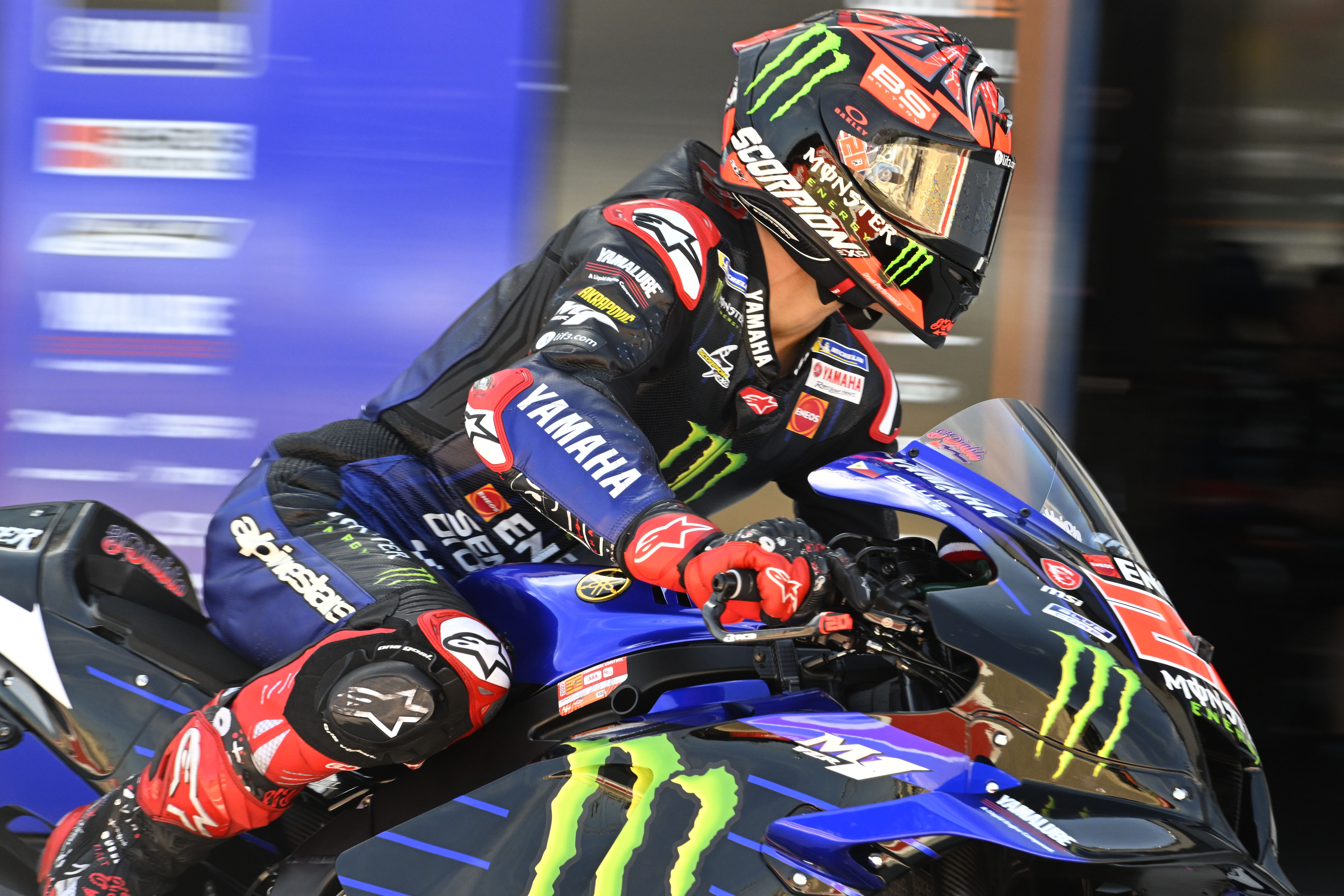 Quartararo escaped serious injury and was able to travel to Japan as planned for this weekend’s back-to-back race at Motegi, saying in the team’s pre-event press release that while he is still not fully healed, he is confident that he will be able to race.

“First of all, I want to thank the fans for all their well wishes,” he said. “I‘m doing better.

“The abrasions are healing. It‘s not going to be easy, but I‘m trying my best to be fully fit for the race here and fight for the victory.

“I‘m always pushing at 100% regardless of where we‘re racing or what the circumstances are, so that‘s something I will also do this weekend.”