Why you have to attend an IndyCar race in 2022

If you’re a motorsport fan who loves to travel, and/or top-level motorsport competition, then have I got a story for you.

The last time I tried to go to St Pete and kick off an IndyCar season, I got off the plane, the world literally stopped in its tracks and I spent £300 in phone bills trying to call British Airways to change my flight and get home before the world ended in coronavirus doom. 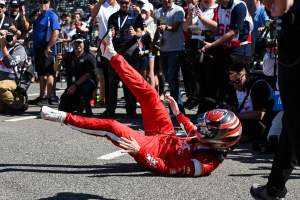 First off, St Pete is a fantastic place. It’s just over a freeway bridge from Tampa where you can get relatively cost-effective flights if you’re UK-based, and the people are some of the most welcoming I’ve ever encountered on any travel trip.

The weekend started on Thursday (Feb 24) when the new mayor of St Petersburg raised a flag above city hall to signify the beginning of the race event.

Then it was a short trip down to the Downtown area around the pier where one minute you can be spectating on an IndyCar weekend, and the other you can cross a road and be sipping happy hour cocktails in the sun literally yards away. 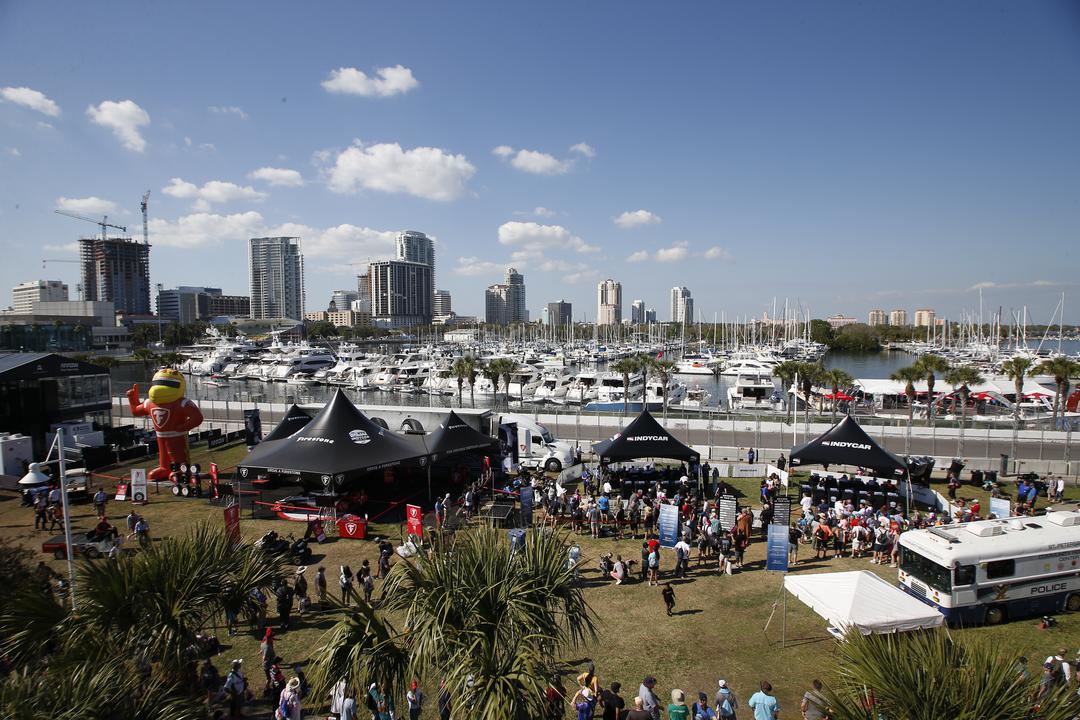 I reckon that has to be one of the reasons St Pete has become so popular. I understand the event had record attendance for the third time in a row, which isn’t just a testament to Green Savoree (the promoter) and its ability to weather the pandemic storm and keep putting events on. It’s a testament to the event grabbing the attention of the locals through advertising in the local area.

But also it is, fundamentally, just taking the race to the people geographically. 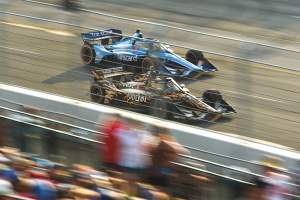 Everyone knows the Grand Prix is on, and the fact it’s in the artsy district just gives the area surrounding the event a lovely gravitas. View a huge selection of Salvador Dali paintings in a world-famous gallery literally 200 yards from the media centre.

In the evenings there’s also everything from classic Corvettes to Lamborghinis and rat-rod home-built specials revving up and down the streets and avenues into the night, extending the festival and demonstrating the local car culture.

Back to racing and, as a fan, I think the IndyCar paddock might be the most open I’ve seen, and that’s including a long stint I spent covering club-level motorsport in the UK.

I did catch one instance of a team asking a spectator not to take a picture of its car, but I lost count of the number of times I stood looking over a machine with exposed bodywork including the dampers and suspension – a proper war zone between teams in IndyCar. If you want to actually get up close, IndyCar walks the walk with its reputation. 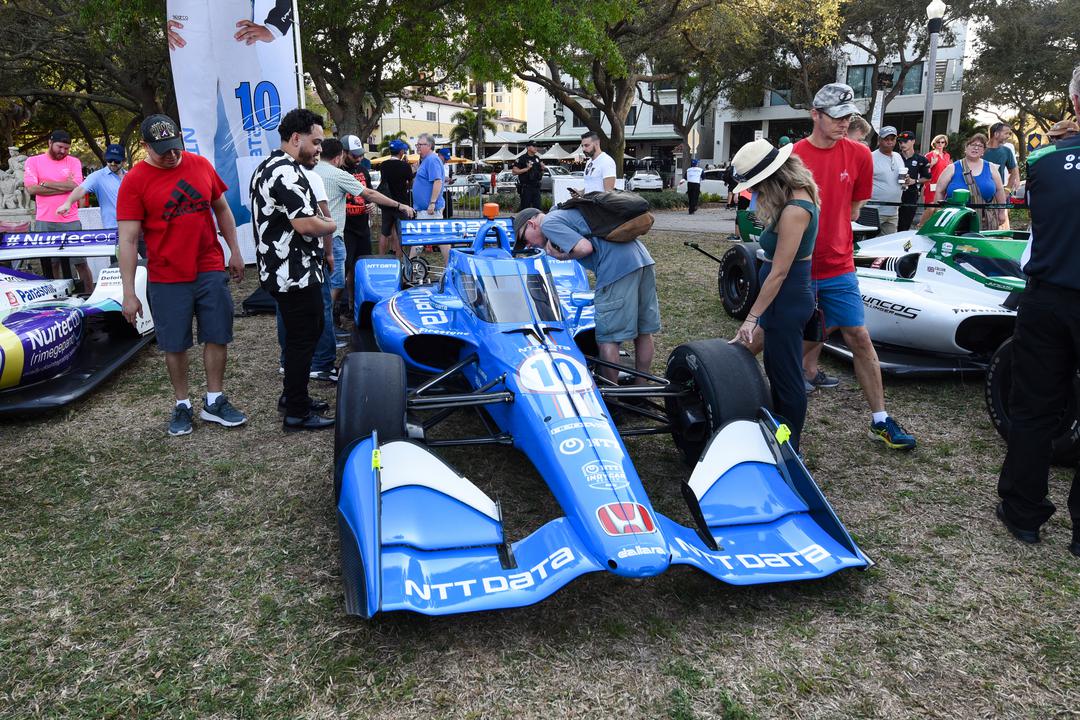 The teams and drivers live for the fans, too. From the media side, the drivers are much more difficult to locate and interview than I was expecting, but when they are out in the open they belong to the fans and endlessly sign things and pose for selfies. Of course, the vim displayed varies from driver to driver, but all of them understand the value of having the fans up close and they play the part.

The one thing I didn’t like in the paddock was that it felt like every person in it has their own vehicle. I lost count of the number of times I was nearly mowed down by a motorised tyre-carrying truck, a range of bikes and other motorised pests. It needs to take a leaf out of F1’s book in minimising paddock movement once the race weekend starts. 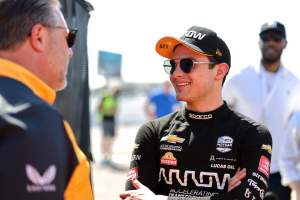 Finally, saving the best for last, there are the cars on track. IndyCars brushing up against the walls on street circuits is the stuff of legend – at least it is for me, anyway. But to actually see these cars up close and personal with your own eyes is breathtaking. Whether it’s a Colton Herta, a Pato O’Ward, a Scott Dixon or a Josef Newgarden, the end result is the same. The feeling of being unable to believe your eyes.

For a street circuit, there’s really good access at St Pete in particular in terms of viewing points and a range of corners from slow- and medium- to high-speed.

You see it on TV, but the cars are squirming and fighting the driver at every opportunity seemingly even more when you watch in person. There’s something very special about seeing some of the best drivers in the world taming a machine constantly trying to throw them into a wall or into a time-zapping spin. 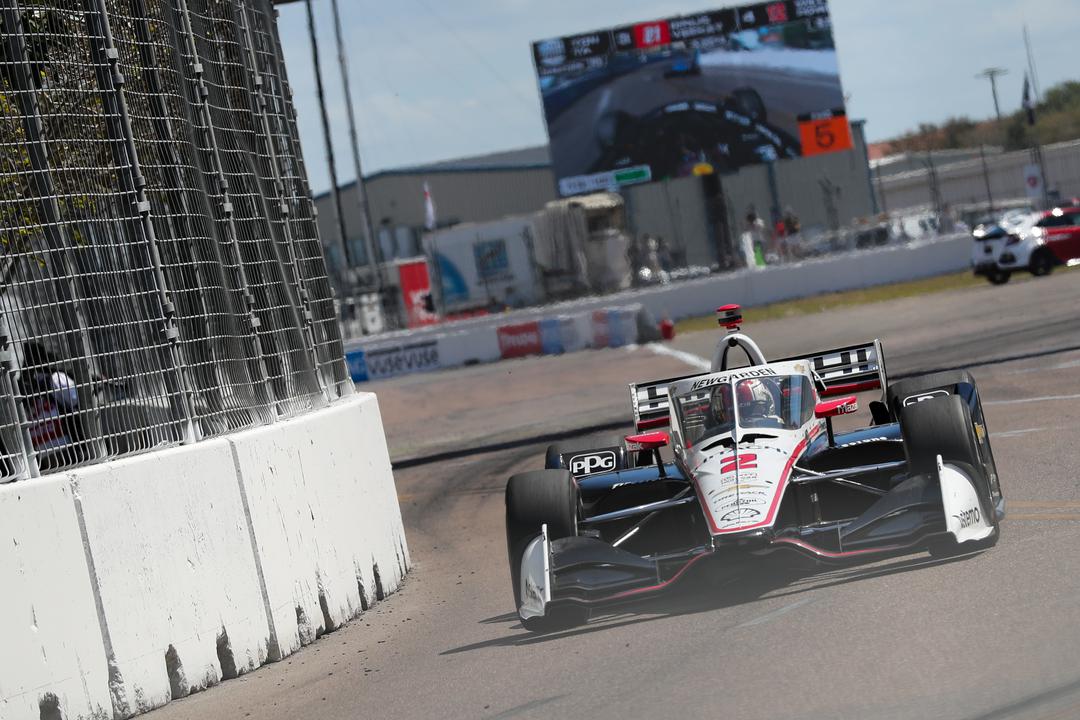 At St Pete especially you’re also treated to the three Road to Indy support series, GT Challenge America and the MX-5 championship – which is quickly piquing my interest as the series I need to pay attention to most in 2022.

If you’re a racing fan I really don’t think there’s anything IndyCar and St Pete doesn’t offer. The people are welcoming as any, and fundamentally the cars and drivers are the best combination I’ve watched. They’re fast but moving around, giving the IndyCar ballet a visceral drama that’s tough to do justice with words. 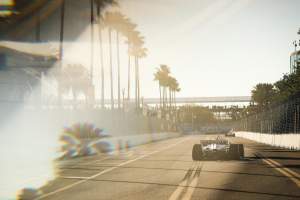 The international tracks IndyCar should race at
Read more

The fact that the most likeable of Kiwis won his first race here, fell off his car, burned his backside on his car then drank a beer from his shoe – ladies and gentlemen, Scott McLaughlin – made it all the more enjoyable.

His coming from Supercars and little single-seater experience to win at the beginning of just his second season shows this series rewards talented drivers.

If you get a chance this year and choose to go to an IndyCar race, you’ll also be rewarded.