Scott Dixon is now a six-time IndyCar Series champion, after one of the more nerve-wracking run-ins of his title-winning campaigns.

There’s no such thing as a bad Dixon championship victory – no one wins a series as competitive as IndyCar badly, let alone six times.

But given the wildly different circumstances and natures of Dixon’s six title wins, we still thought it was worth ranking them. Let’s just call it a countdown from ‘relatively least brilliant’ to ‘most brilliant’, rather than a blunt worst to best. 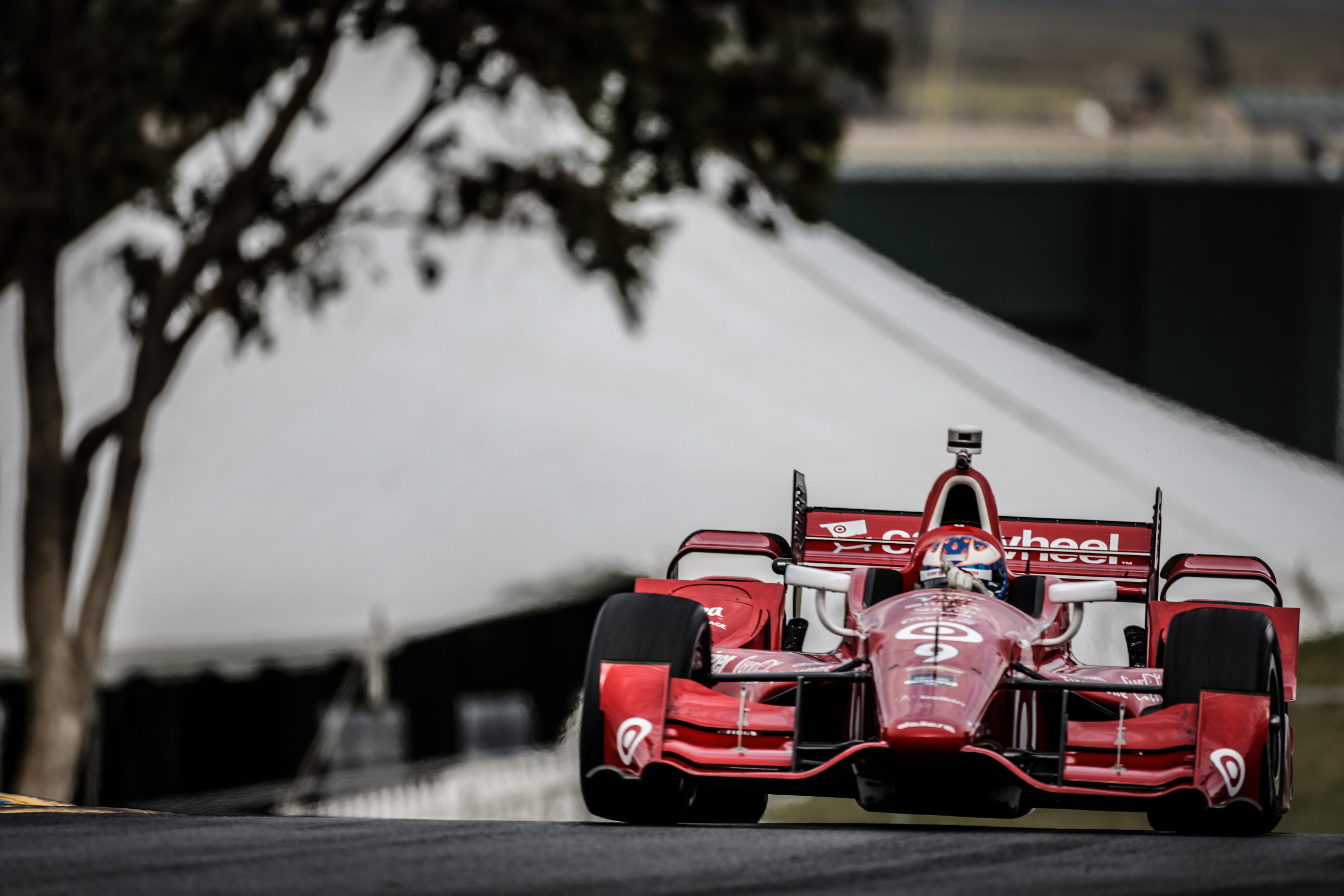 In many ways, 2015 has to be at the bottom of the list of Dixon’s successes to remember even if it was one of the most exciting finales in recent memory.

The year ended in a points tie and he took the title on his number of wins after Dixon’s Ganassi squad was almost embarrassed by someone it used to boast as its own – defector Juan Pablo Montoya.

After 13 seasons away from IndyCar – eight of those coming with Ganassi’s NASCAR programme – Montoya switched to Penske, returned to single-seaters and finished fourth in 2014 before a proper title assault a year later.

Dixon didn’t have one of his most consistent years with four finishes outside the top 10 and only three victories.

Into the final race at Sonoma, Dixon sat third in the points. Penske was doing all it needed to do to secure the title for Montoya before Will Power seemingly left the door open to team-mate Montoya only to the close it at the last minute, and they collided. The pair had to pit for repairs.

Even if it wasn’t the trademark flawless season we’re used to seeing from him, the finale at least showed what Dixon can do under pressure, though he did get some help from his arch-nemesis team imploding. 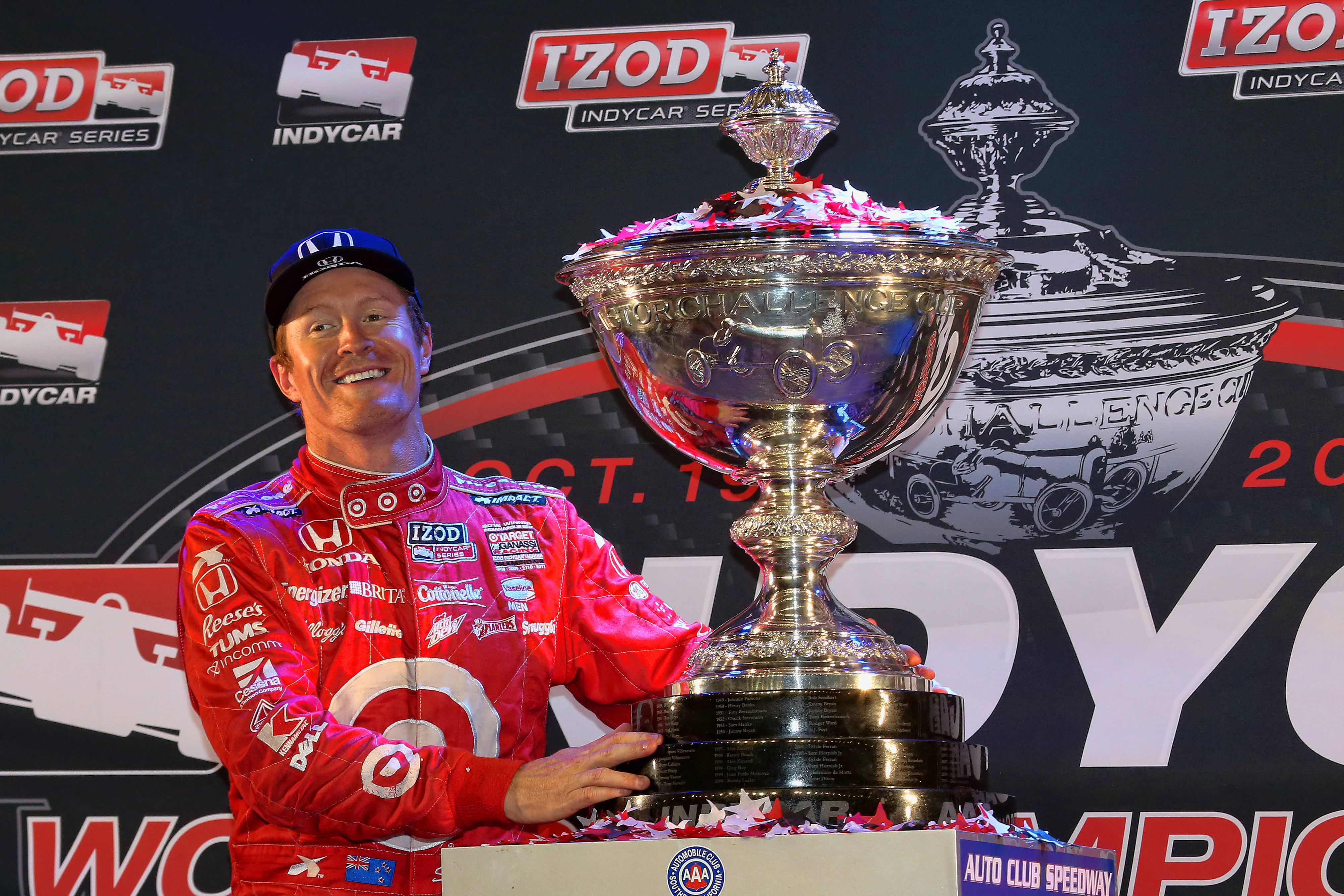 Dixon’s title wins have mostly been a matter of leading from the front. In 2013, he had to overcome a massive deficit.

Way back in eighth in the championship after the Indy 500, a month later at the end of the Iowa round he was still placed only seventh, hadn’t won yet and was almost 100 points away from leader Helio Castroneves. For myriad reasons, Ganassi and Honda just hadn’t been quick enough compared to Chevy-powered rivals Penske and Andretti Autosport in the first half of the year.

When it clicked, it clicked emphatically – a July hat-trick of wins across Pocono and the Toronto double-header launched Dixon to second in the standings, within 29 points of Castroneves.

And from there it was game on, but still far from plain sailing. A week of controversies involving Power and Penske across the Sonoma and Baltimore races both cost Dixon a barrel of points and left him unusually enraged – to the extent of calling for the sacking of race director Beaux Barfield and suggesting Power and Penske were deliberately hampering his chase of Castroneves.

A Houston double-header in early October changed everything again: a weekend of gearbox woes for Castroneves coincided with a win and second place for Dixon, albeit overshadowed by his Ganassi team-mate Dario Franchitti’s savage, IndyCar-career-ending, crash.

That Houston swing put Dixon in the driving seat for what proved to be a bruising, very high attrition, Fontana finale, where fifth in an overheating car sealed a title that had looked hugely unlikely four months earlier. 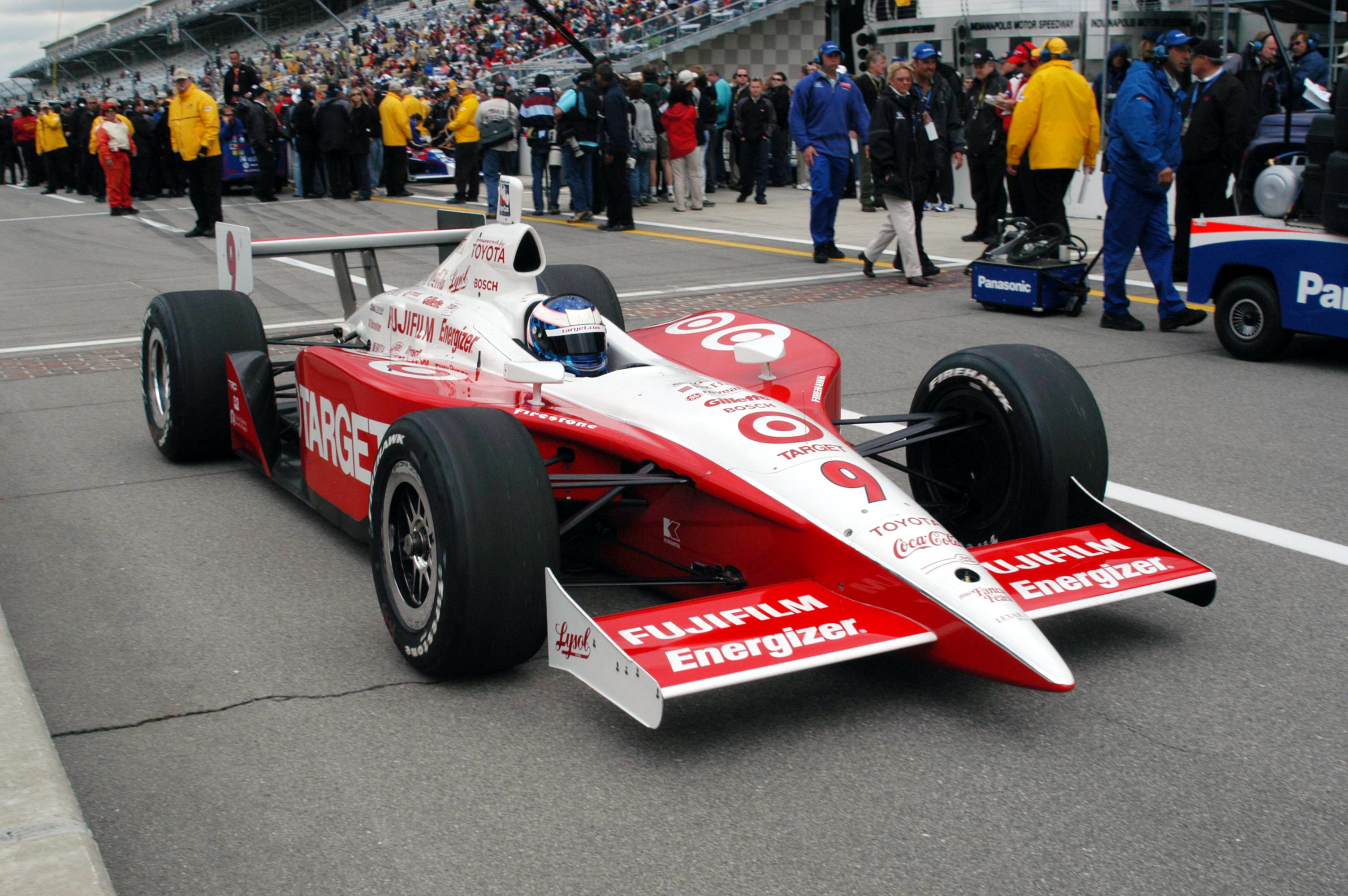 The nature of the early-2000s Indy Racing League IndyCars and the all-oval calendar made the series less of a driver talent challenge than the modern diverse schedule and the hard-to-wrestle cars.

But it was a supreme challenge of hair-raising wheel-to-wheel racecraft and not one in which you’d have bet on a 22-year-old in his first full season in a top team, with far less oval experience than most of the grid, to win a five-way title shootout.

This was the start of the Dixon/Ganassi era and of IRL IndyCar’s triumph, as what was now Andretti-Green and Ganassi followed Penske in making a clean break with CART/Champ Car and committing fully to its oval-based rival.

Ganassi had snapped up Dixon mid-way through 2002 when the PWR (formerly PacWest) team folded, and paired him with that season’s IRL rookie sensation Tomas Scheckter for its ’03 series switch.

Dixon comprehensively shaded Scheckter, won on his IRL rules debut in the Homestead opener, and got himself back in the hunt after a subsequent sketchy run (including an embarrassing shunt under yellow late in the Indy 500) with back-to-back wins at Pikes Peak and Richmond, leading all 206 laps run before rain halted the latter.

Five-second places in the second half of the season – and at Chicagoland he was literal inches from snatching another win in a typical early-2000s IRL photo finish – meant it was Dixon who beat double CART champion Gil de Ferran, double Indy 500 winner Castroneves, future champion Tony Kanaan and double IRL champion Sam Hornish Jr in what became a five-way decider at the finale. Sadly that momentous title was secured under yellow as Kenny Brack’s awful accident took the shine off the championship outcome. 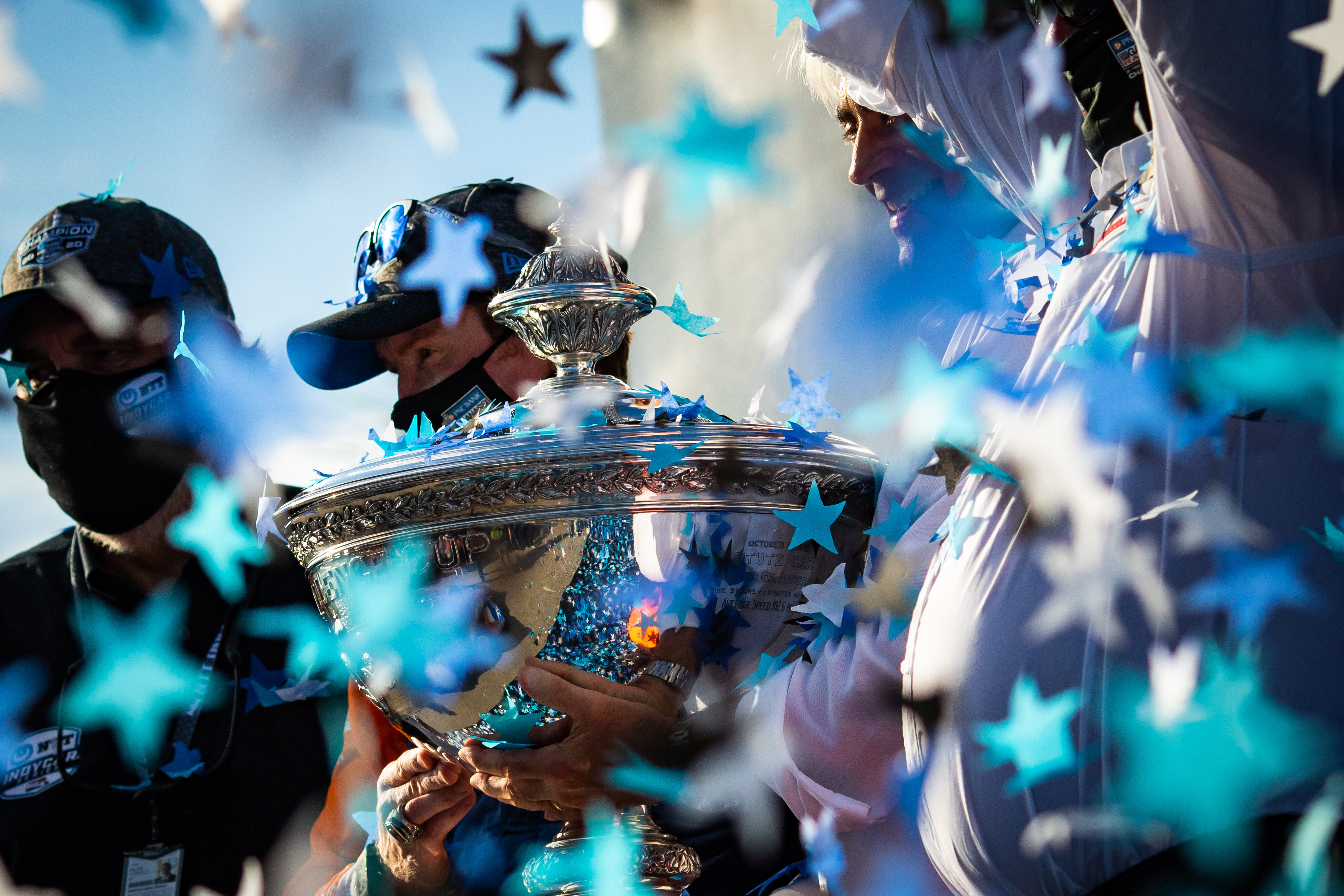 At the beginning of the (delayed) 2020 season, we were promised more uncertainty than ever before. Condensed schedules costing teams data, feedback time; reduced simulator work and changes in the factories due to COVID protocols; the new aeroscreen rendering last year’s set-ups useless and inducing understeer.

And then amid that uncertainty, Dixon reeled off three consecutive wins to start the year!

That’s something Dixon has never managed before, achieved approaching the twilight of his career against one of the best grids he’s likely to have competed against so far.

That early run was vital, but perhaps the emphasis on preparation is what has served Dixon so well in 2020. Ganassi switched up his engineering group with Mike Cannon added from Dale Coyne, while the team absorbed the personnel from the halted Ford GT programme.

All of those new or reshuffled heads came together to right any minor weakness of the previous year’s campaign where it had bad luck but could have been better on ovals.

All that being said, Dixon has two team-mates as well, so those team changes aren’t the be-all and end-all. Dixon still has to bolt in and go faster than everyone else including two others – ex-Formula 1 driver Marcus Ericsson and the hugely-successful Felix Rosenqvist – with access to the same information and machinery.

Up against a formidable championship foe in Josef Newgarden – who’s had one of the most unlucky seasons I can remember in any series – the fight could and should have been much closer and the late-season swing in Newgarden’s favour is the only tarnish on this title win for Dixon. But he still won it under that immense pressure.

It’s hard to argue that Dixon doesn’t deserve this title – and it moves him within one of tying AJ Foyt’s seven. What an achievement that would be given the fierceness of the competition. 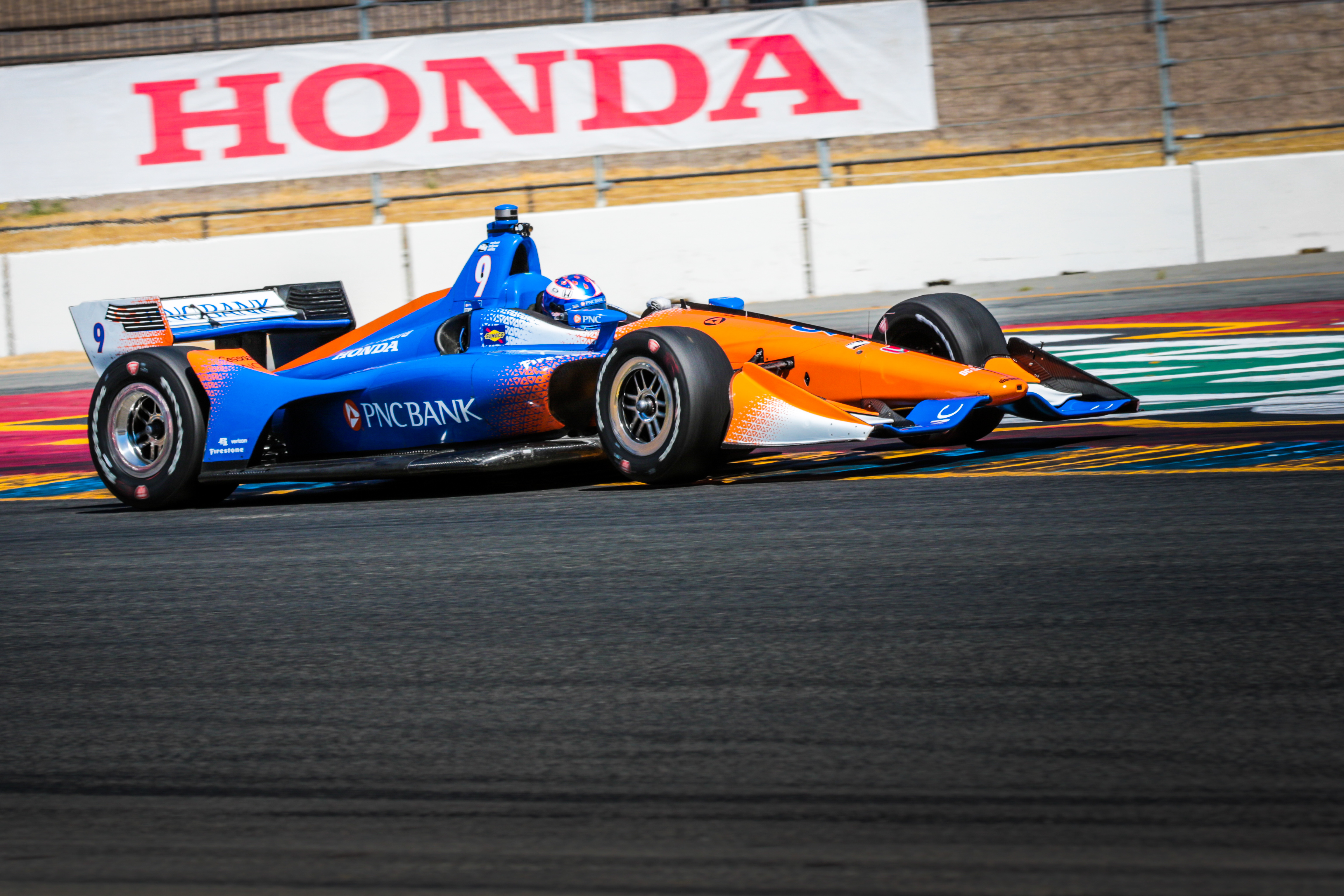 Dixon didn’t win the most races in 2018, but one of the most consistent performances by a champion in recent years allowed him to see off the charge of the emerging Alexander Rossi.

Dixon finished outside of the top 10 just twice – 11th at Long Beach and 12th at Iowa – and finished the remaining 15 races in the top six!

But perhaps the perfect summary of the season was an incident at Portland where, after being collected in an early crash, he kept the car running and – once a marshal had reversed his truck out of the way – he was able to get going and recovered to fifth.

Rossi – his closest contender – Power and Josef Newgarden all equalled Dixon’s tally of three wins but none matched the consistency, and second place in the season finale at Sonoma – there’s a theme here – sealed the deal.

It moved Dixon one title ahead of an elite group of four-time champions in Franchitti and Mario Andretti (plus Sebastien Bourdais if you follow IndyCar’s lead in combining stats from Champ Car/CART). 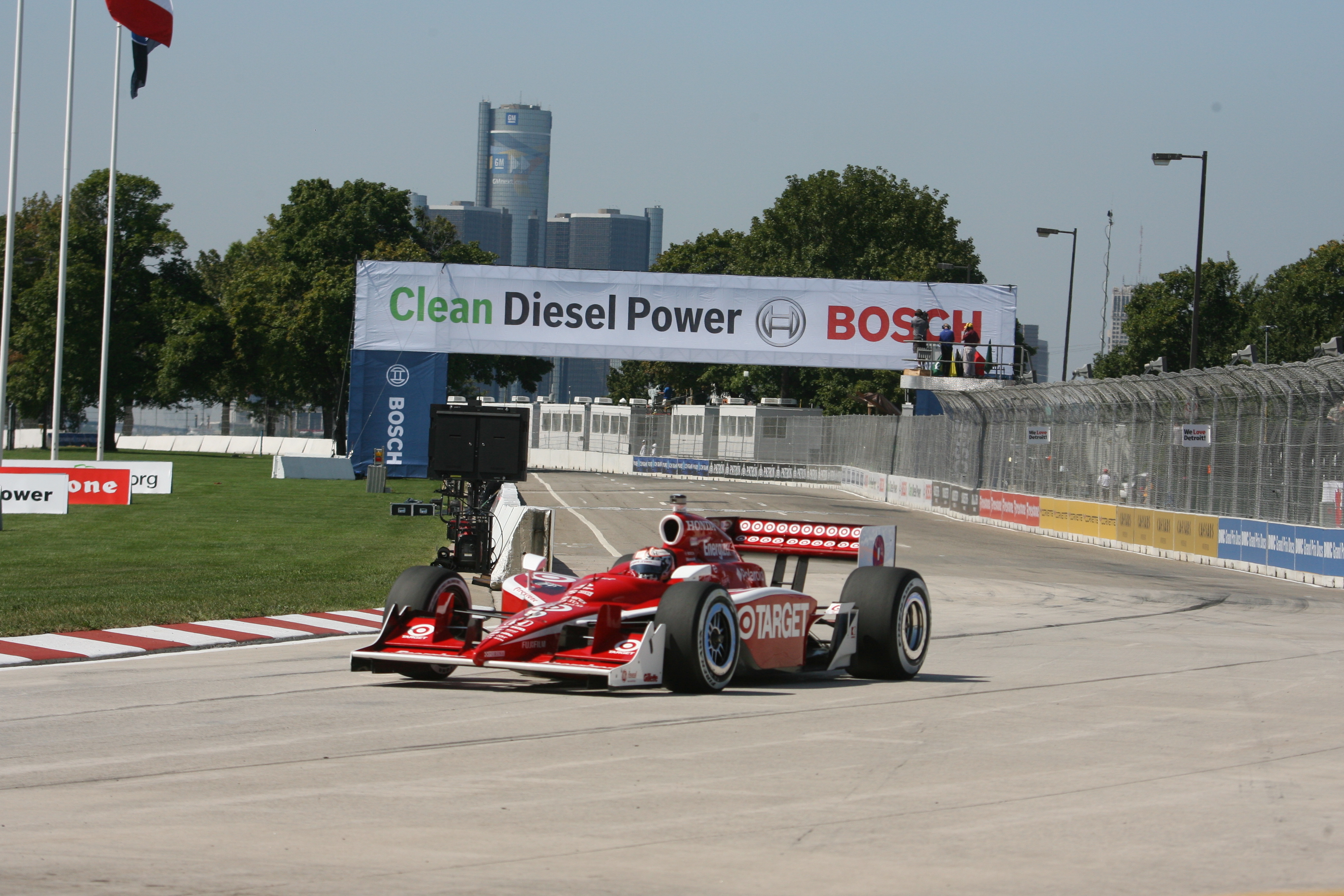 Dixon’s first two titles both came in seismic political seasons – 2003 just as IRL IndyCar fully overwhelmed CART/Champ Car and 2008 in the first ‘post-war’ season as Champ Car and IndyCar finally came back together.

After losing the 2007 championship to Franchitti by running out of fuel on the final corner of the final lap of the season, Dixon absolutely controlled the 2008 campaign, with six wins in a year when 10 drivers took victory and no one else did so more than twice. Those triumphs included his sole Indy 500 win to date.

The last-minute nature of the series reunification meant Champ Car’s top guns were condemned to a year learning the Dallara, but Dixon still had Ganassi team-mate Dan Wheldon plus the Penske and Andretti-Green drivers to beat.

And for most of the year, it looked like he’d do it so comfortably the title battle would be settled with a few races to spare. A couple of strategic wrong turns let Castroneves take it to the last round, where second to his rival in a photo finish wrapped it up for Dixon.

Dixon had some good fortune in 2008 – leader Kanaan was taken out by a spinning EJ Viso seven laps from the finish in the Homestead opener, and at Nashville, he missed a call to pit and accidentally took the lead just before it rained and the race was abandoned. But on speed, consistency and luck he simply looked like champion all season. 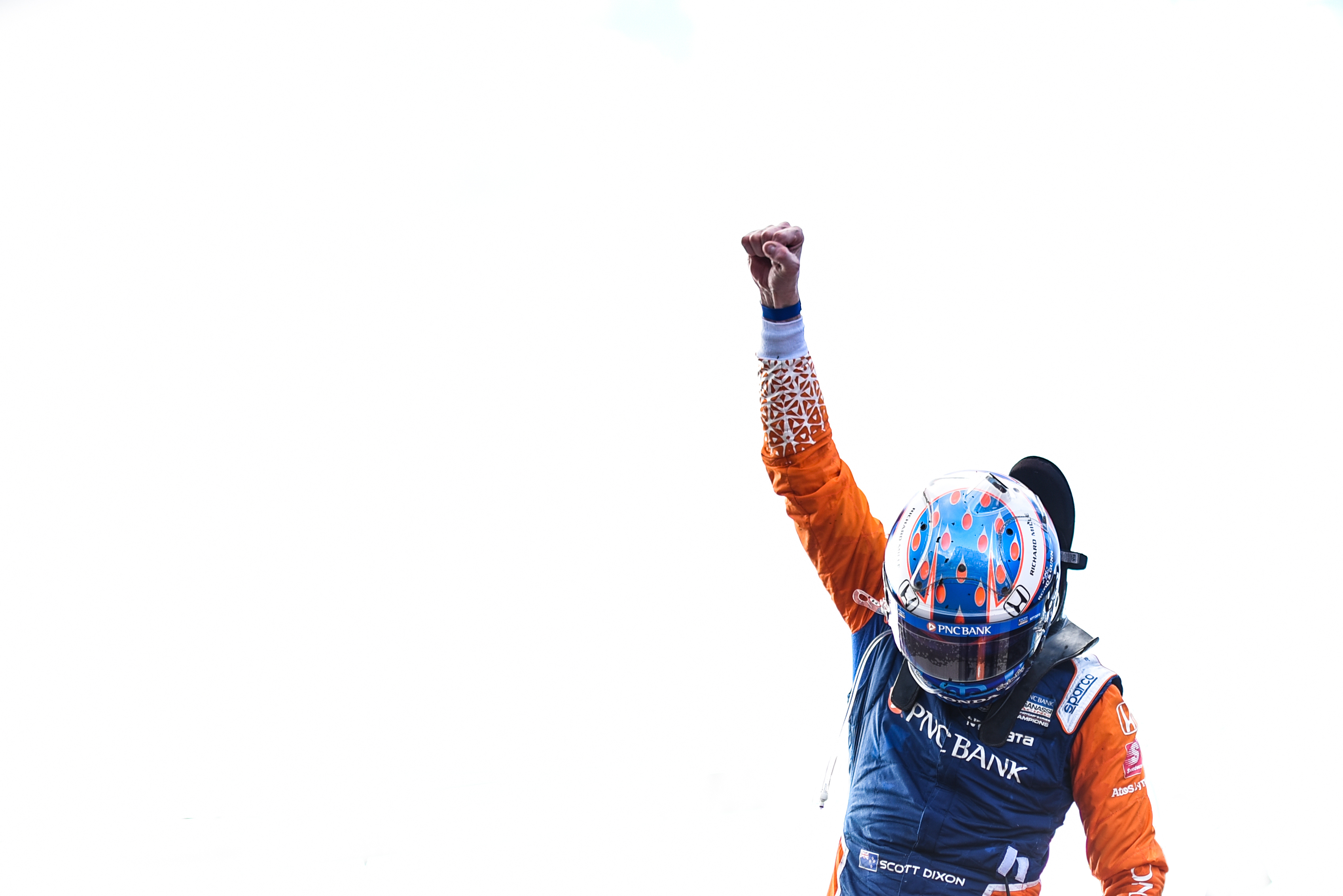