Will Power claimed his first IndyCar victory of the 2020 season in the opening race of the weekend at Mid-Ohio, a track he had never previously won at despite taking five pole positions there.

Power had also taken two earlier poles this year which he failed to convert following inopportune yellow flags that benefited alternate strategies at the Indianapolis road course and in Gateway’s first race.

However, he dominated from the front at Mid-Ohio and used his clean air to make his softer red-walled rubber last over the first stint.

With two brilliant pitstops by his Penske team – the last of which was just 6.3s in the pit box – Power managed passing lapped traffic and the threat of an alternate strategy, effectively not even challenged en route to one of the most dominant race wins of the season.

The only threat was a series of looming rain clouds that appeared during the final stint, but ultimately stayed away for the duration. 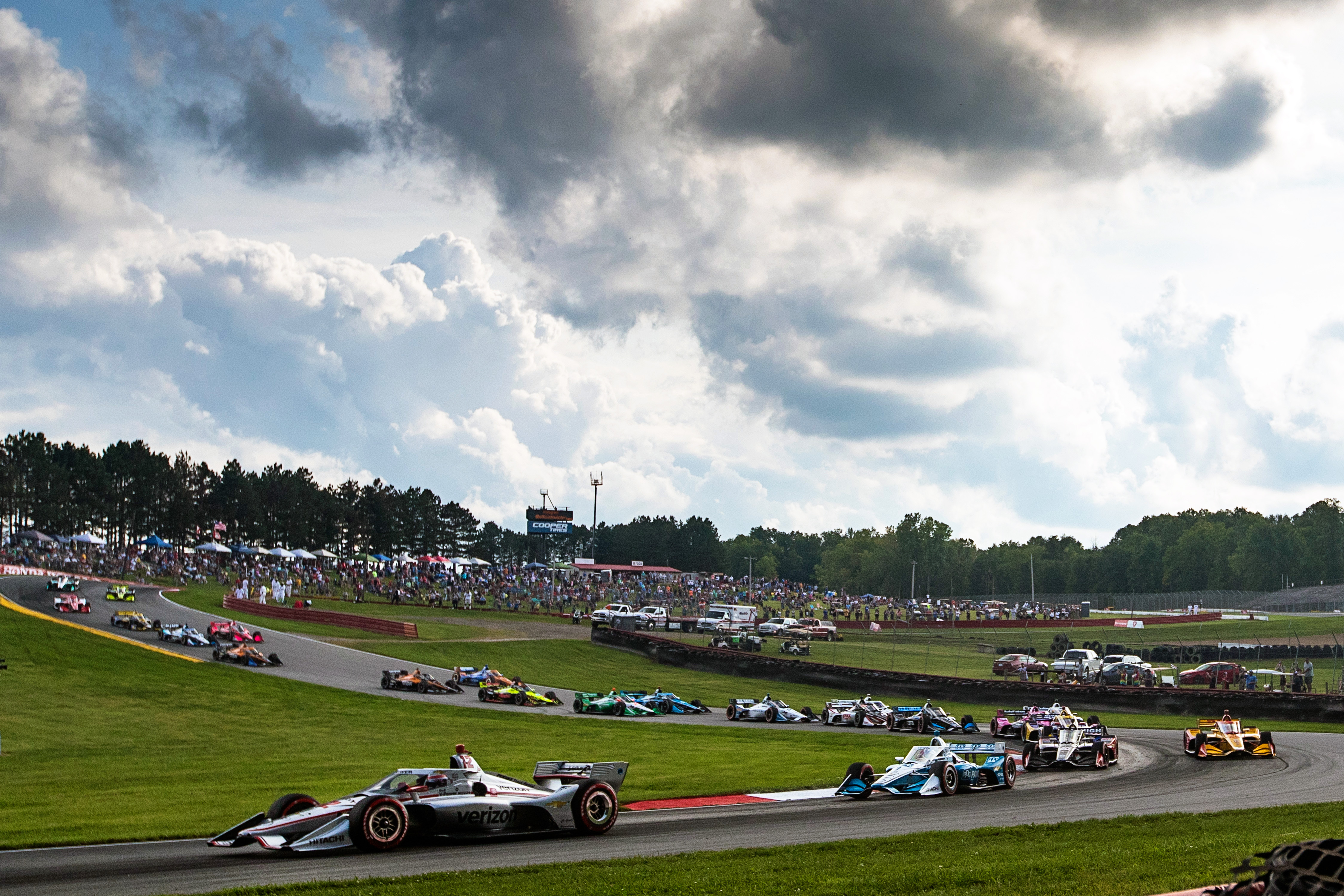 Andretti Autosport’s Alexander Rossi took the alternate strategy on the harder tyre and immediately moved up at the start of the race to fifth.

Once the softer tyre runners began to pit, Rossi was able to stay out longer and pumped in rapid lap times in a bid to manage an overcut.

However, despite Rossi’s quick laps he came out on the softer red tyres in fourth and was stuck behind team-mate Ryan Hunter-Reay on the harder black tyres, costing Rossi valuable seconds.

To rectify this, Rossi made his second stop as early as physically possible teeing up the longest stint of the race. But the undercut put him in podium contention behind Penske’s Josef Newgarden.

However, Graham Rahal ran the same strategy as Rossi and the Rahal Letterman Lanigan driver’s long-run pace on the black tyre has been phenomenal on the road courses this season.

It set up a three car battle for second as Power extended his lead beyond nine seconds ahead of Newgarden.

Lapped traffic provided a few scares, but ultimately as the track cooled and wind picked up in the final stint, overtaking in the top 10 was almost non-existent.

It meant Newgarden could hold on ahead of Rossi and Rahal, who both welcome the points after rollercoaster seasons, with Rossi having run 18th in the championship entering this weekend. 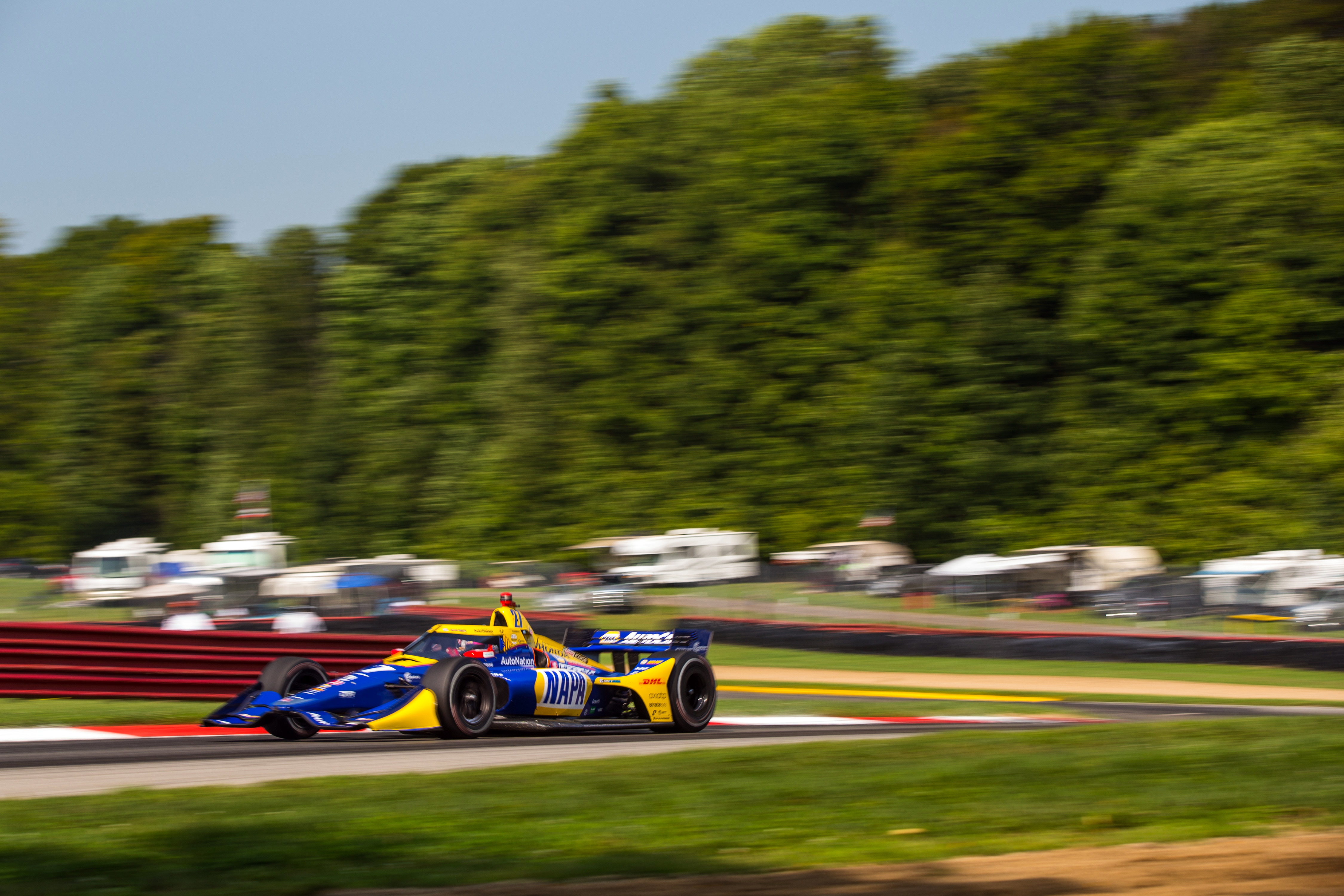 After the last stop, Hunter-Reay was fifth and had a mirror full of last year’s narrow Mid-Ohio runner-up Felix Rosenqvist of Chip Ganassi Racing.

However, Hunter-Reay was able to maintain the spot ahead of Rosenqvist, with Meyer Shank Racing’s Jack Harvey equalling his season best result of seventh at the team’s home event.

Rinus VeeKay pulled off an opportunistic move on Colton Herta around the outside of Turn 4 to take eighth during the closing laps, extending his lead in the Rookie of the Year points standings.

Racing the road courses this year for Ed Carpenter Racing, Conor Daly looked to have secured 10th but suddenly dropped back in the last few laps.

That allowed points leader Scott Dixon to pick up an extra spot and seal the top 10.

Dixon had started 17th but quickly moved up the order. He had run in the top 10 but struggled to maintain position in the second round of pitstops and fell back to 11th before Daly’s struggles.

It made Newgarden’s second place all the more valuable and he cut into Dixon’s 96-point lead on a weekend where the latter can seal the series title. 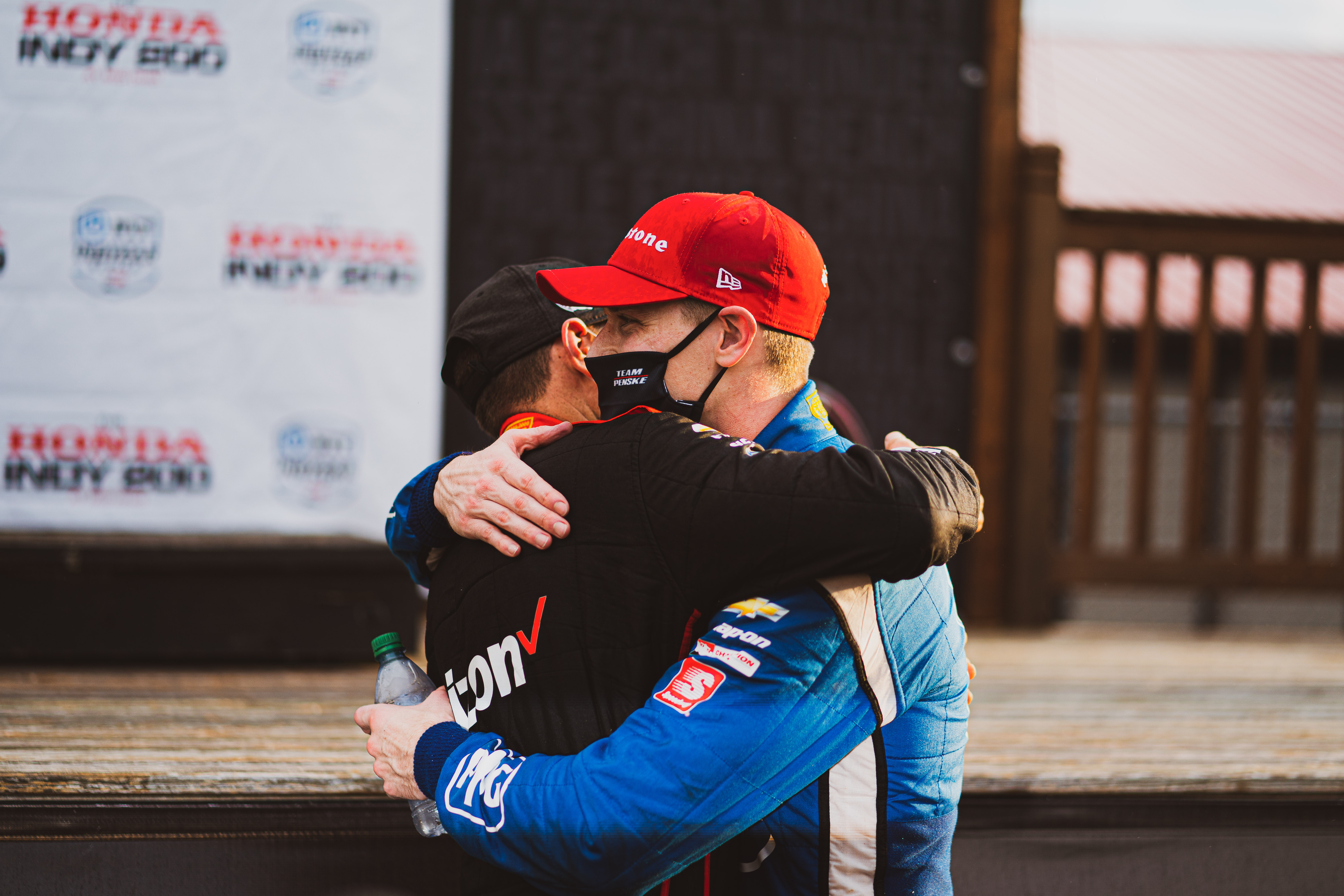 While Power and Newgarden scored a Penske 1-2, the third car of Simon Pagenaud had a nightmare race.

The 2016 champion made contact with Rinus VeeKay after a poorly timed and executed dive down the inside of the Keyhole in the opening laps which caused a spin and sent Pagenaud down the order.

His team will cede a fine for a pitstop infringement and Pagenaud was pinged for avoidable contact in the closing stages, leading to an 18th place finish from starting 10th.

Mid-Ohio is one of the most physically demanding races on the calendar for the drivers, and over the double-header they face 150 laps instead of the 90 over the one race last year.

That means preparation for tomorrow’s race will be vital. There’s no practice, qualifying takes place at 10.15am local time and the race at 1pm.