Will Power scored his third pole of the season for Saturday’s race at Mid-Ohio, with the Penske driver still searching for his first win of 2020.

Qualifying was split into two groups, each with 15 minutes to set a lap, and the fastest driver overall taking pole. The rest of their group would take the ‘odd’ grid positions with the other group on the ‘even’ side.

It was a pressure-cooker environment with just 75 minutes of practice before qualifying, and only the final three minutes of each group counting when the drivers bolt on soft tyres and go for pole.

Power came from the first session, and he topped the early running on the harder black tyre before drivers switched to the softer red-walled rubber.

Most of the best laps in that session came after the chequered flag, but Power managed to fend off the challenges of his team-mate Josef Newgarden and Meyer Shank Racing’s Jack Harvey to head his group.

The pole is his 60th across IndyCar and Champ Car combined.

Thanks to the qualifying format, the group two pacesetter Ryan Hunter-Reay will start second despite the fact that Newgarden’s time from the first session was faster than his. 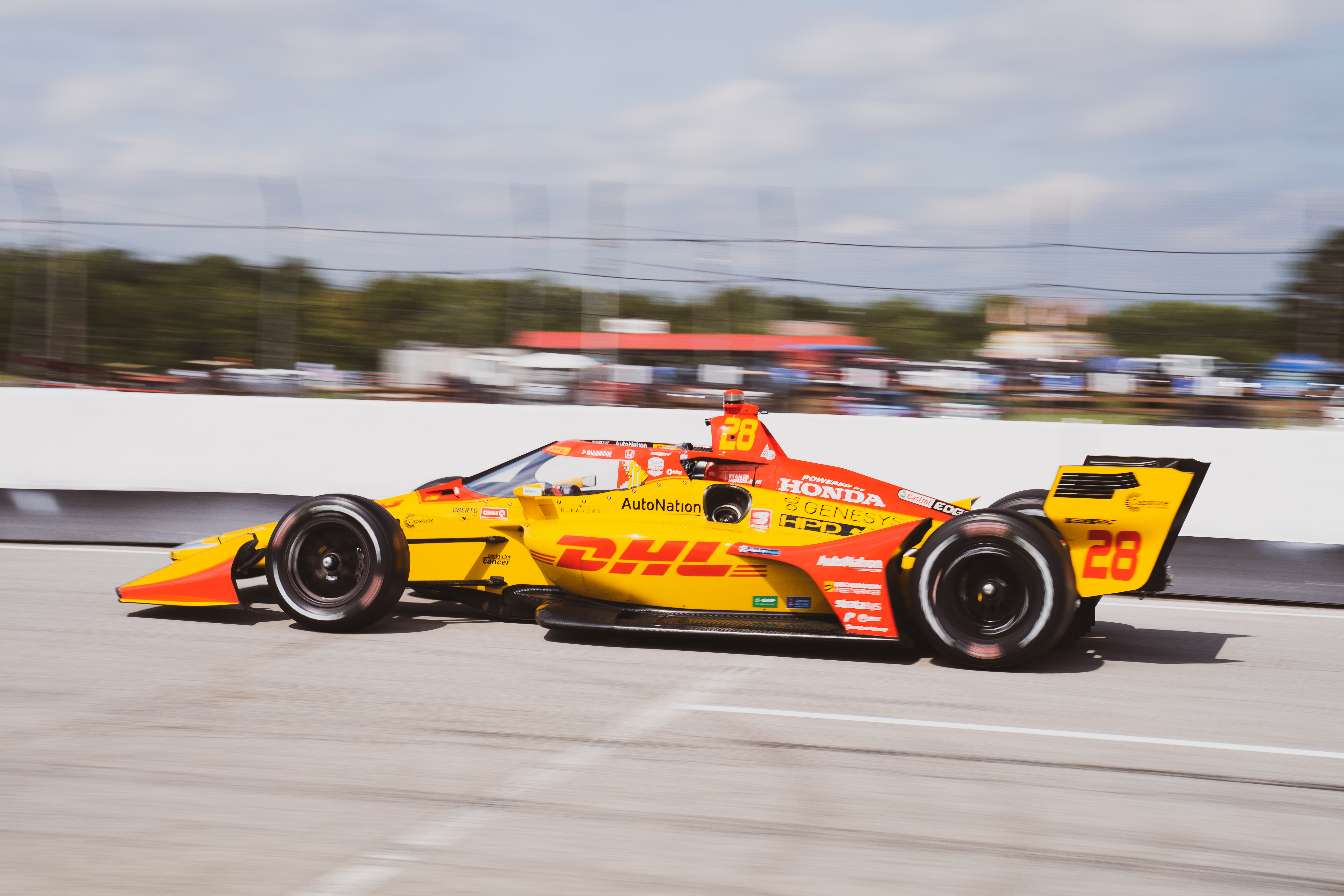 Hunter-Reay was strong at the last round course races at Road America in July and topped practice ahead of this weekend’s double-header, where he’ll start on the front row for the first time since 2018 at Sonoma.

Newgarden will start third in what could be a good weekend to claw back points in the championship, ahead of Ed Carpenter Racing’s Conor Daly.

Daly scored his and Carlin’s first IndyCar pole at Iowa earlier in the season, but he switches to ECR for road course rounds and delivered a strong showing.

Harvey – who has suffered misfortune throughout this season – will start in fifth, ahead of Alexander Rossi who has the chance to improve his points situation, the usual title contender down in 18th in the points. He won here in 2018.

Felix Rosenqvist was charging in the late stages of last year’s race and narrowly missed out on his first IndyCar win, but defended Chip Ganassi Racing’s honour as its only driver in the top 10.

He’ll start seventh, ahead of local favourite Graham Rahal and rookie Rinus VeeKay, who starts seven places ahead of his nearest rookie of the year title rival.

Simon Pagenaud gets his third qualifying top 10 in nine races this season and his second in a row.

Third place in the championship, Patricio O’Ward, crashed at Turn 11 in practice, and while his Arrow McLaren SP team was able to repair his car, he could only manage 15th. 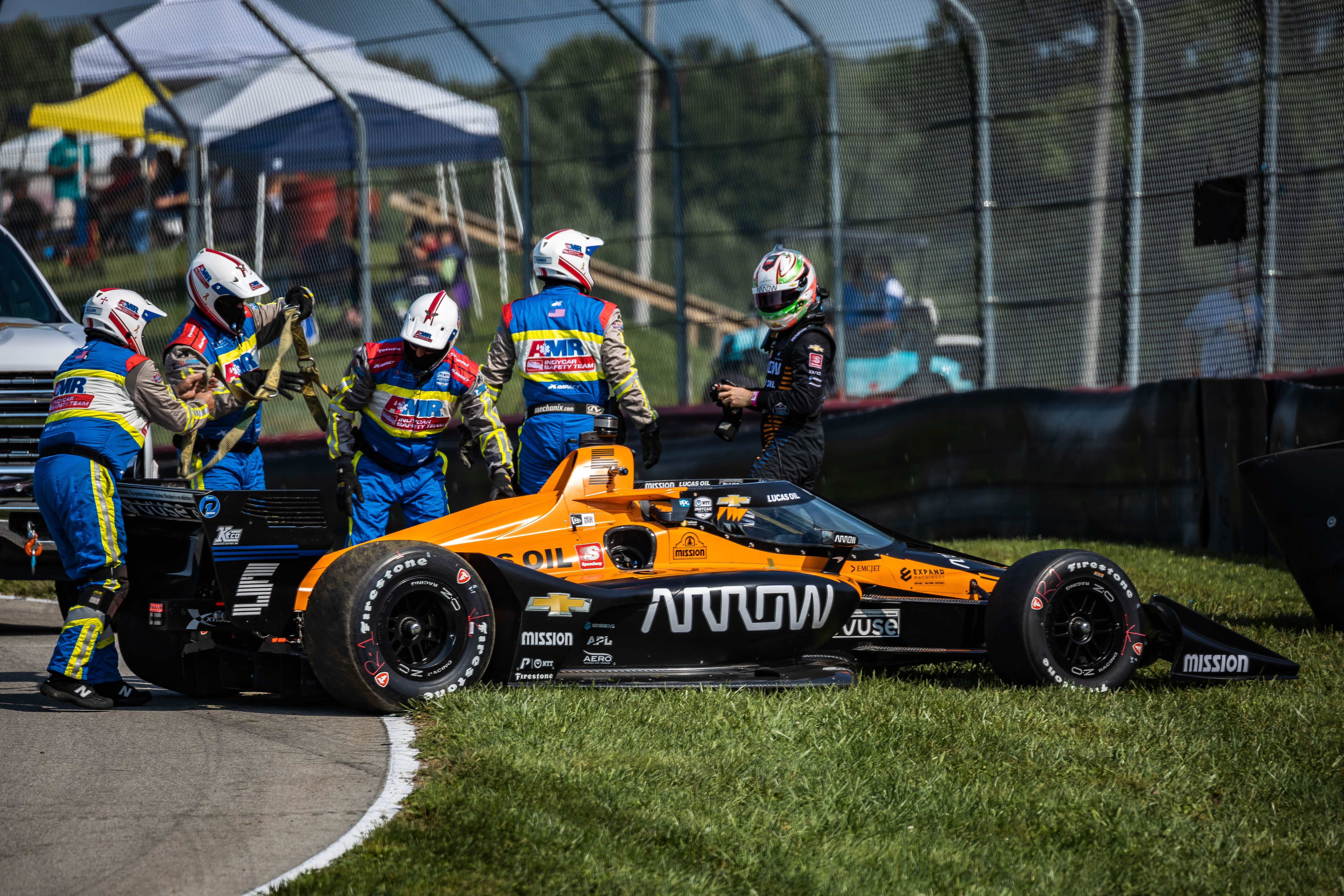 Points leader Scott Dixon – last year’s winner – struggled to get his last lap together on the red tyres and starts 17th.

He had been quick on the initial run on the harder tyre but said he was confused over why he struggled for grip on the softs.

He can wrap up the title this weekend if he extends his points lead – which is currently 96 ahead of Newgarden – to 141.

The opening race of the weekend takes place at 4.30pm local time today.

On Sunday there is no practice, the field going straight into qualifying at 10.15am and the second race at 1pm. 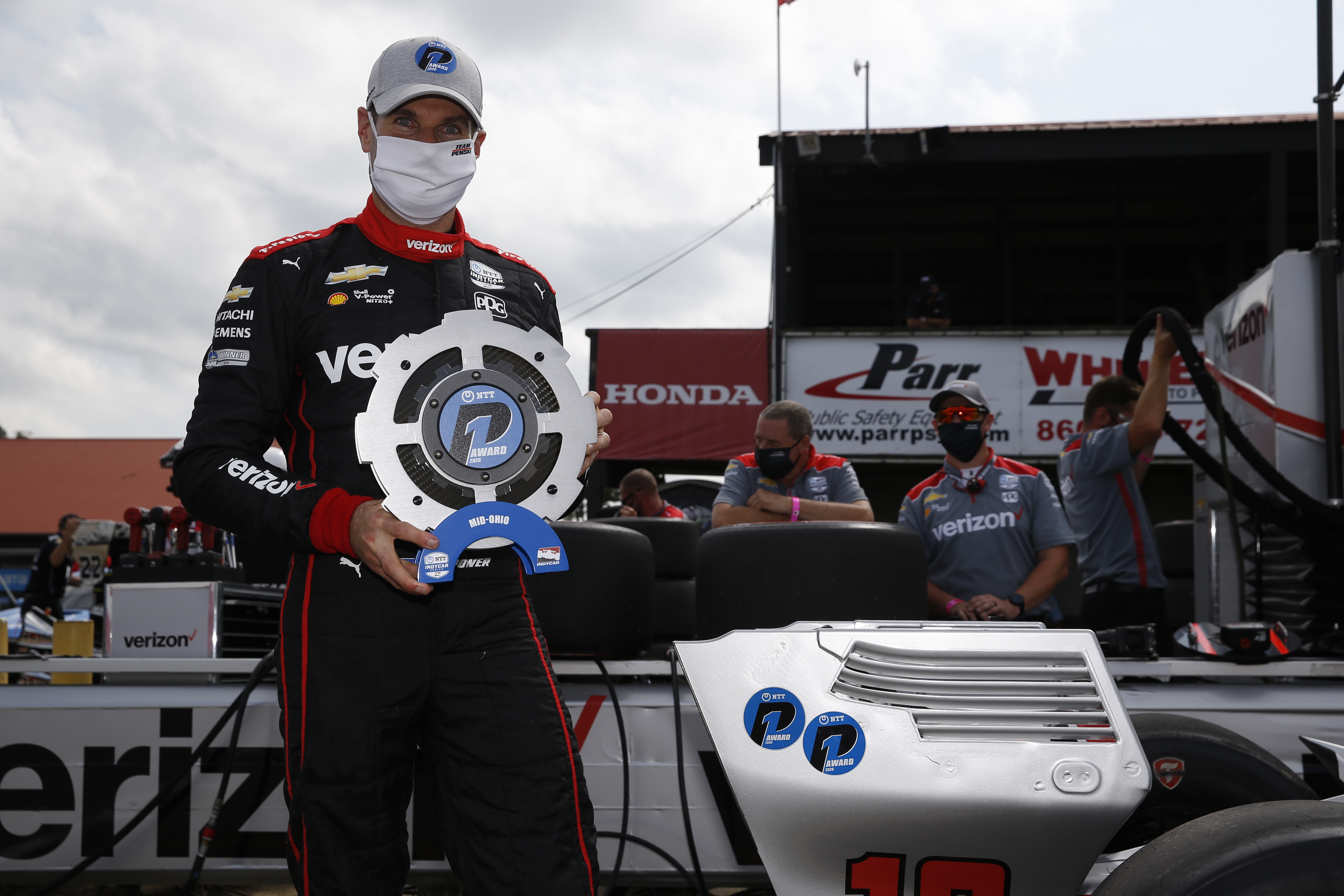