Reigning IndyCar champion and Penske driver Josef Newgarden scored pole position for the first race of the weekend at Road America, as Scott Dixon will start his attempt at a third straight win from ninth on the grid.

With the series holding its first double-header of the season this weekend, the qualifying format has been adapted from the usual multi-round knockout system.

Instead of the usual two groups whittled down to the top six to fight for pole, the two groups simply form one side of the grid each – with the fastest driver’s group on the pole side.

In the first group, Jack Harvey stole the quickest time at the last to continue his strong run at the start of his first full IndyCar season.

He qualified second at Indianapolis last weekend – a track he has excelled at before – and his performance in the first group guaranteed a front row start in the Meyer Shank Racing team’s first year affiliated with Andretti Autosport.

The second group proved brutal, containing all three Penske drivers and previous champions Simon Pagenaud, Newgarden and Will Power, as well as Chip Ganassi Racing’s Dixon, fresh off wins at Texas and Indianapolis.

Harvey watched on as it looked like his time was enough to score his maiden series pole, but a host of late improvements included a stunning 1m45.519s from Newgarden to take his second pole of the season after Texas.

Behind the impressive Harvey, Ryan Hunter-Reay will start third on the grid – following his third straight race with an issue in practice.

After a crash at Texas and a collision with Santino Ferrucci at Indianapolis, he went off the track and mowed the grass in practice at Road America, before delivering in qualifying after a tough start to the season for the whole Andretti team.

Graham Rahal has impressed of late, and will start fourth on the grid at a track he has performed well at in the past, ahead of Penske’s Will Power and Dale Coyne driver Ferrucci.

Herta will start seventh on the grid ahead of Ganassi team-mates Felix Rosenqvist – who is looking to improve on a difficult start to the season after a crash at Texas and a lack of pace at Indianapolis – and Dixon. The points leader is aiming to become the third driver to score a hat-trick to start a season.

Marco Andretti seals the top 10, as Rossi’s torrid start to the season did not improve and he ended up 11th.

Both races are 55 laps long, with no practice on Sunday but a second qualifying session to set the race two grid.

The Road America event is the first race of the delayed 2020 IndyCar season at which spectators have been allowed. 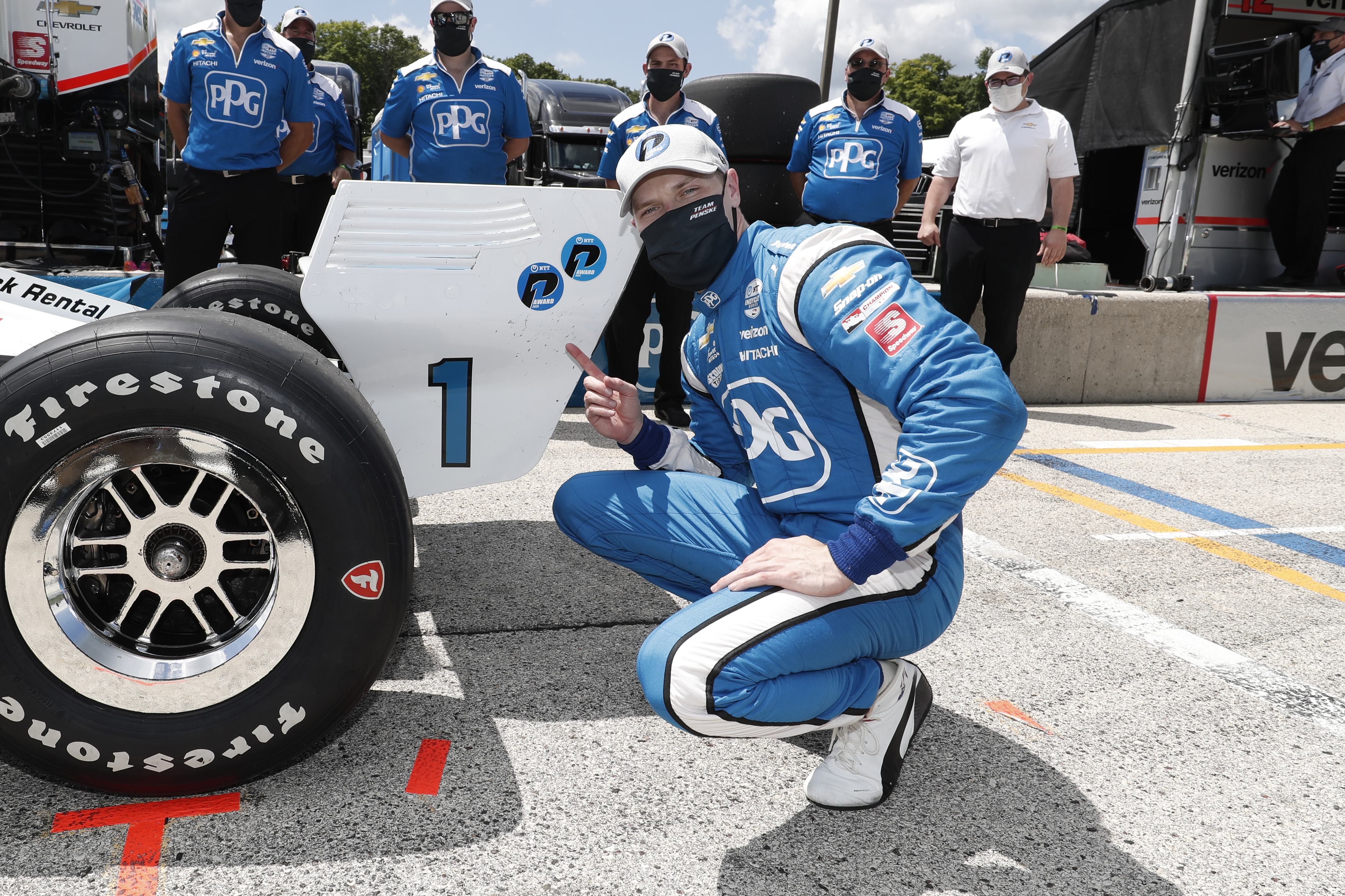