Chip Ganassi Racing’s Scott Dixon remains unbeaten in the 2020 IndyCar Series after a third win in three races in the first part of a double-header weekend at Road America that featured fans in attendance and rookie Alex Palou on the podium.

Reigning champion Josef Newgarden – who was third in the opening race of the season and scored his first top 10 on the Indianapolis road course in six attempts last week with seventh – scored pole position.

He dominated the first half of the race, but shortly after a lead of over nine seconds dissipated when he stalled his Team Penske-run car in the pits and dropped out of the top 10.

While Newgarden had stretched his lead earlier, his team-mate Will Power fell out of the top four in the early stages of the race – reporting an issue with his second gear.

Dixon had started behind Power and initially ran just outside the top five in the race’s first half, but he and Power both came to the fore just as Newgarden’s win chances perished.

Both Dixon and Power pulled off undercuts, gaining the advantage of fresh tyres to leapfrog a number of other contenders and put themselves into the top two spots.

Knowing it could be a fight for the win, it was a vicious duel once both drivers were up to speed, and Power locked up heavily defending the inside line from Dixon at Turn 6.

“He’ll have to crash if he wants to pass me,” Power said on the radio as he inched out a small margin. 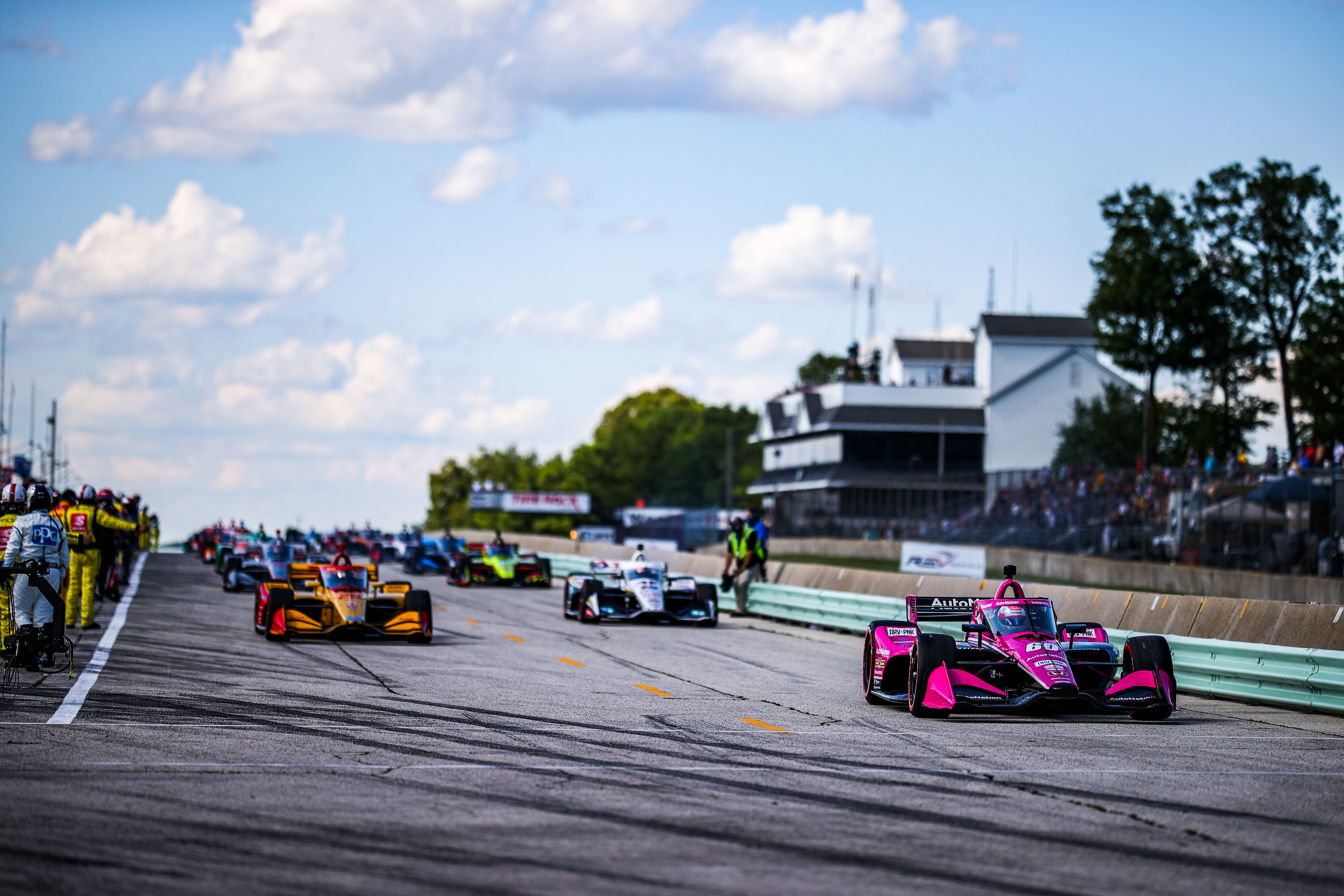 However, on lap 38 of 55 Jack Harvey – who started second – spun due to a brake problem and beached in the gravel trap, ending his hopes of a top five and bringing out a potentially race deciding caution – the first at the track in the series for three years.

The third place driver Santino Ferrucci also dropped five spots on that caution as rookie Dalton Kellett entered his pit box and just ahead and made contact with the Dale Coyne Racing driver.

Despite the lack of cautions in recent years two more followed, for a crash between Conor Daly and Patricio O’Ward at Turn 7, and for Kellett’s off at the final turn on a restart – to set up a 10-lap shootout.

Dixon looked uncomfortable on restarts but on the last one with 10 laps to go he cleared Power to take a lead of over a second, which he doubled by the end of the race to mark his most successful start to ta season in his IndyCar career. 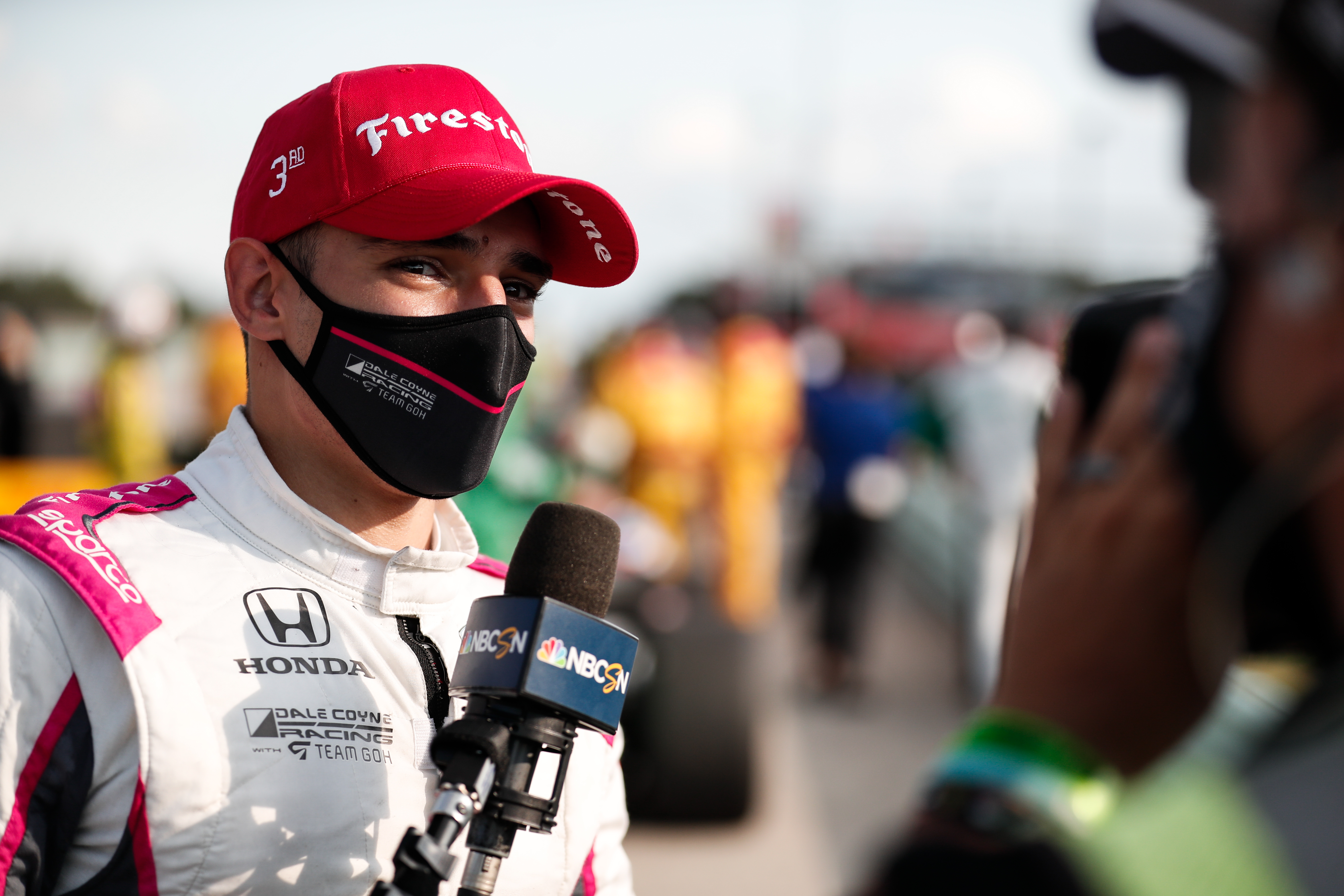 Palou started 14th but came to the fore at the same time as Dixon and Power, and passed Ryan Hunter-Reay for third at Turn 1 on both of the last two restarts in the race to set up a shot at Power.

However, Power held on to score a vital podium after a tricky start to the season filled with pitstop and tactical drama, while Palou delivered on his promise of being a future series star with a podium at only the third attempt.

Hunter-Reay struggled for pace early on but was a constant in the top five in the second half, holding off a train of challengers in the closing stages.

Colton Herta continued his 100% record of top seven finishes to start the season with fifth, ahead of Ferrucci.

Rahal had been Newgarden’s top challenger in the first half of the race but refuelling drama dropped him down the order. However, his momentum appears indestructible at the moment and he took seventh on the last lap from spinning ex-Formula 1 driver Marcus Ericsson.

O’Ward was in the wars throughout and banged wheels in a desperate move with Simon Pagenaud late on, but scored eighth ahead of Rahal’s team-mate Takuma Sato and Ericsson. Pagenaud settled for 12th having started 17th. 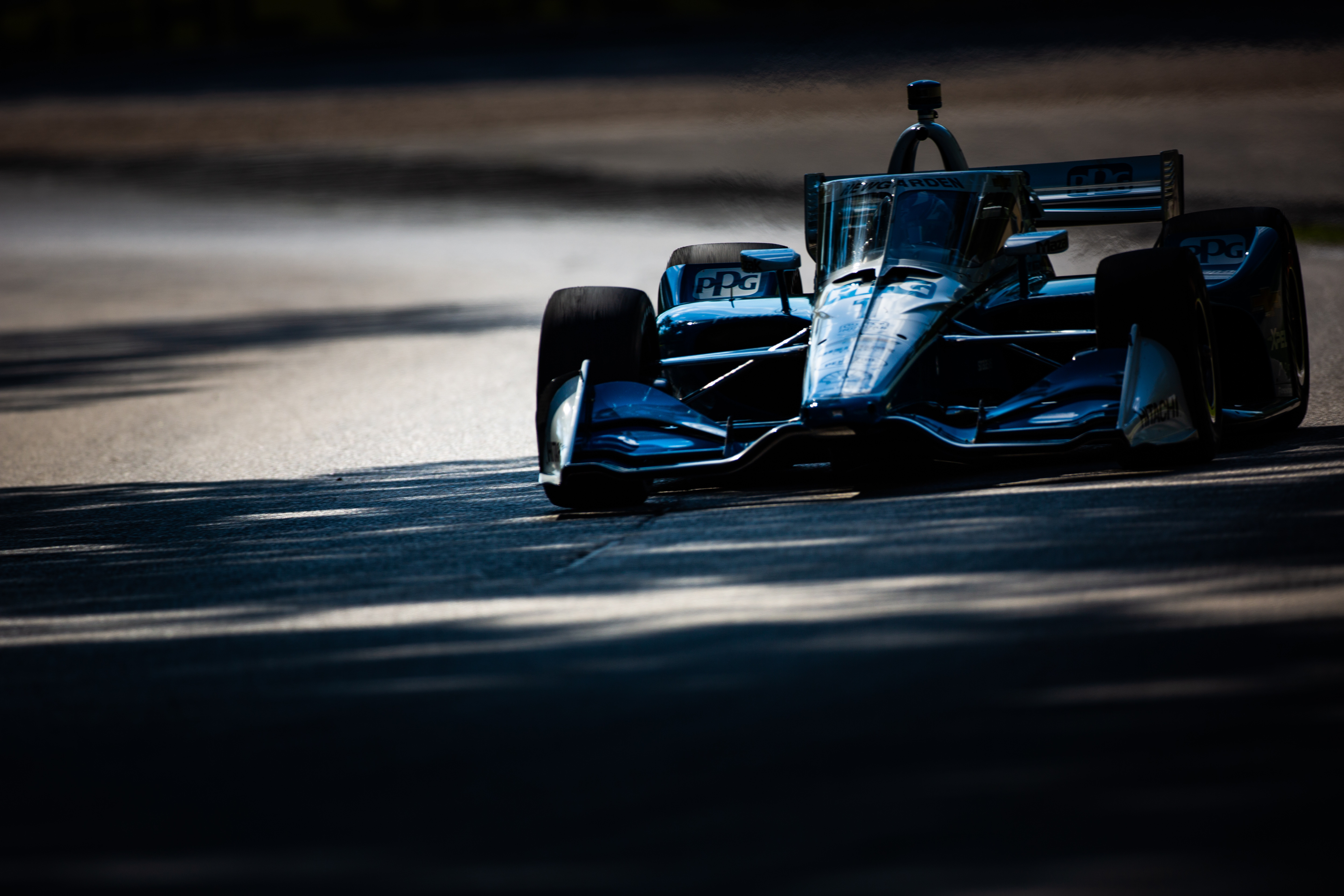 Newgarden fought back into the top six despite his fuel drama, but flat spotted his tyre on the restart for the Daly/O’Ward crash, passing Ferrucci at Turn 1 before destroying his right front. He had to pit, and fought back to 14th in the final 10 lap stint.

Alexander Rossi’s chances of fighting for the title took another blow as he still seeks his first top 10 finish of 2020. He went off late in the first lap and collected an advertising hoarding and then clashed with Max Chilton, which broke his car’s steering with three laps to go leaving him out of the top 20 in the points.

Teams must now prepare for another 55-lap race on Sunday. There is no practice tomorrow, just an early qualifying session to set the grid. 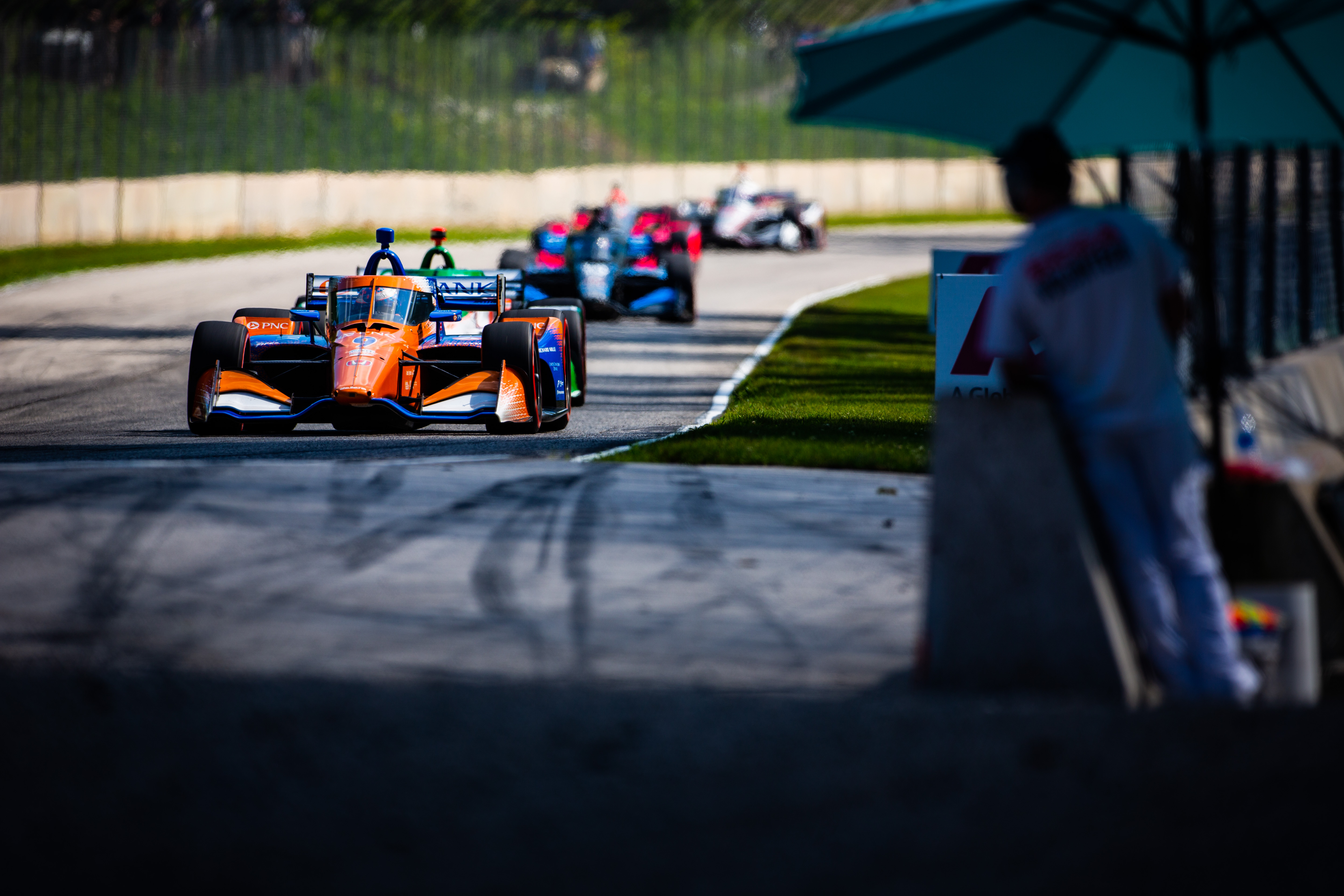