Team Penske’s Josef Newgarden has been cleared to start this weekend’s Indianapolis road course IndyCar race following a crash and subsequent hospital visit in Iowa last weekend, but he’ll be re-evaluated after practice on Friday morning.

Double series champion Newgarden had been set to take the championship lead after winning the first Iowa race and leading the second event of the double-header last weekend, before a suspected damper breakage on the right rear of his car sent him into the wall.

He was initially cleared from the infield care centre but fell and hit his head, and was taken to a nearby Des Moines hospital where he returned negative scans but was held overnight for evaluation. 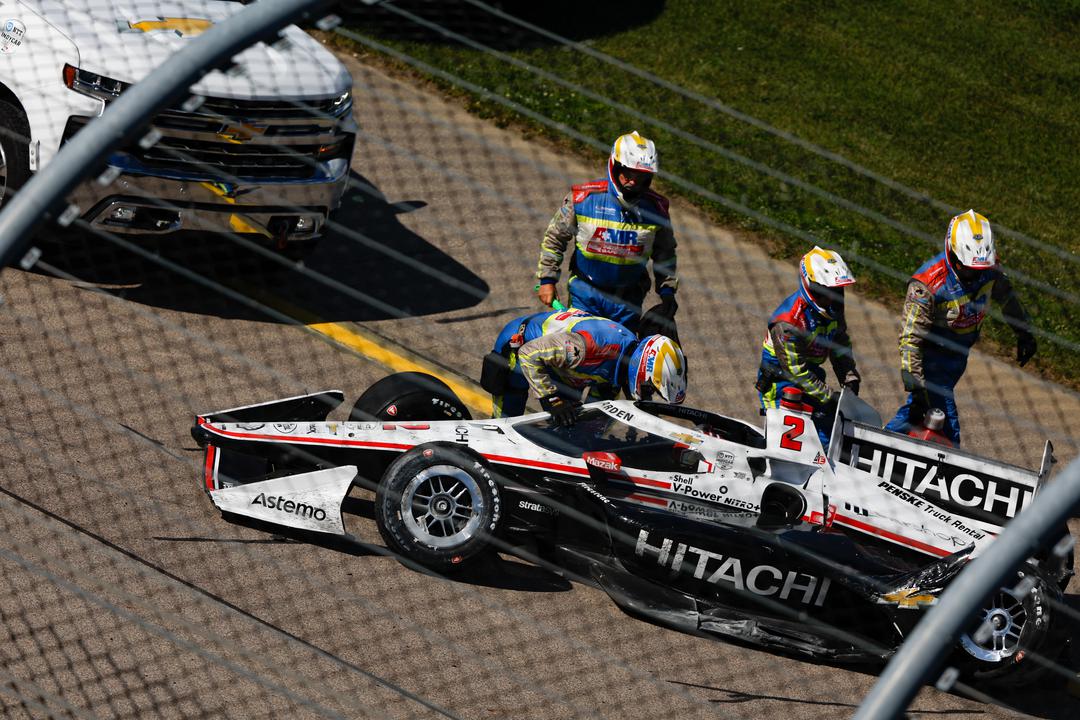 IndyCar re-evaluated Newgarden on Thursday and has cleared him to participate in practice on Friday morning.

“Following the event at Iowa Speedway and per IndyCar protocol, the driver of the No. 2 PPG Team Penske Chevrolet, Josef Newgarden, was evaluated this afternoon by IndyCar medical director Dr Geoffrey Billows,” its statement read.

“The examination determined that Newgarden is cleared to participate in tomorrow’s IndyCar practice session on the Indianapolis Motor Speedway road course. Newgarden will be re-evaluated after the session to determine if he’s cleared to resume all racing activities for the remainder of the Gallagher Grand Prix event.”

I’ll see you tomorrow on track.

Thank you to the @indycar medical team for taking such incredible care of me and to @team_penske for the unwavering support as always.

It would take a small army to keep me down, and I’ve got an even bigger army behind me helping me go forward. pic.twitter.com/3InwbOfrOv

Newgarden trails series leader Marcus Ericsson by 34 points and now has five races to try and haul in that gap, now that he is cleared to race.

Incredibly Newgarden has won four races this season, but his and his team’s inconsistency outside of those wins has left them playing catchup to Indy 500 winner Ericsson.

Santino Ferrucci, who took Newgarden’s simulator time at Chevrolet on Monday, would have been called up to replace Newgarden if the latter hadn’t been cleared to race.