Rene Rast will undertake his first full Formula E season with Audi Sport ABT Schaeffler in 2021 after a long-term deal to be Lucas di Grassi’s team-mate was confirmed on Tuesday.

The wholly expected news comes on the eve of Rast’s fight for a hat-trick of DTM titles at Hockenheim this weekend. He leads Audi stablemate Nico Mueller by 19 points after sealing a quartet of victories at Zolder earlier this month and should he achieve his aim, he will join Bernd Schneider in becoming the only driver to have taken more than two titles.

After Audi confirmed that it would be leaving the DTM at the end of 2020, Rast always knew that a full-time switch to Formula E would likely be his best option in securing his immediate future.

After impressing in the latter races of the six held at Berlin in August, his signature alongside that of Lucas di Grassi’s became a simple inevitability.

Rast was initially drafted in to replace Daniel Abt, who was dismissed for the infamous Race at Home Esport stunt that turned sour in May.

Abt was highly likely to have been replaced anyway for 2021, but his bizarre behaviour expediated a void and meant Rast’s call-up came sooner than expected.

On the ground at Tempelhof, Rast began the unique residency of races steadily as he got to grips with the multi-faceted demands of executing a Formula E event.

He received a warning for wayward defending while battling with Mitch Evans in an erratic fourth race – and then two points free races ahead of the final double-header events applied a degree of pressure. 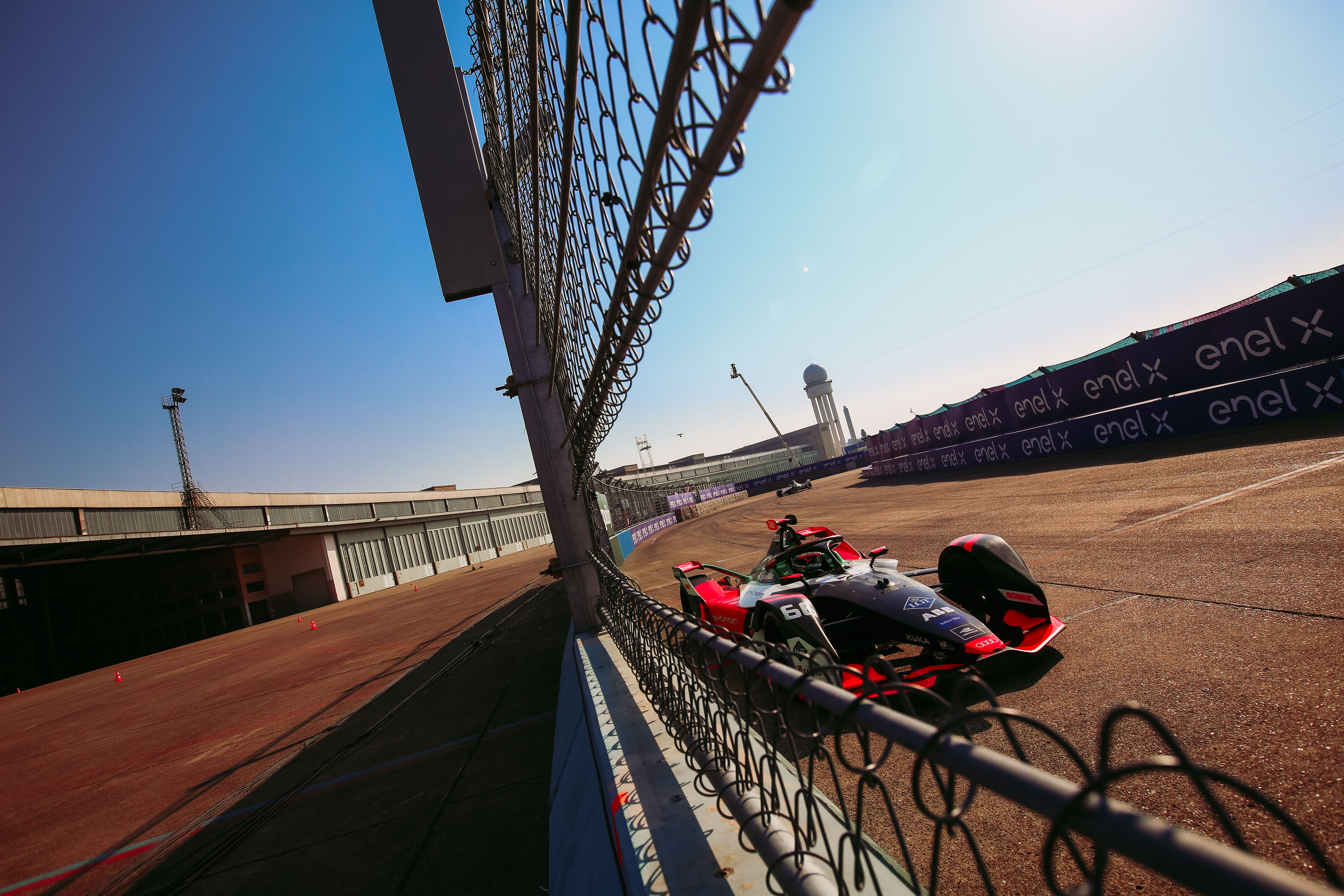 Yet it was at this point that it all clicked for Rast, and he executed an excellent qualifying performance for the penultimate race to line-up fourth.

This set-up a spectacular E-Prix, where he fought with Andre Lotterer in the final laps to claim a momentous maiden podium.

But it was the final race that may have truly inked Rast’s new deal. That was when he topped his qualifying group, took third on the grid and raced to fourth behind the clearly far superior – on both pace and efficiency – Mercedes cars and Sebastien Buemi’s Nissan.

Audi team principal Allan McNish explained to The Race that it was this final performance that was the driving force behind the decision to confirm a contract for Rast, which he duly signed recently.

“You can look at data and you can also go with your instincts, and data, certainly does tell something but it doesn’t tell the full story,” says McNish

“We could clearly see potential in terms of speed (from Rast), but which wasn’t necessarily unlocked until later on in Berlin.”

McNish acknowledges that Rast was “in at the deep end” at Berlin and while he was “personally very pleased that he was able to get a result towards the end,” he was more so because “he was able to replicate it.”

Consistency in performance is paramount in motorsport, but in Formula E its criticality is enhanced by the sheer paucity in track time and the need to exploit slight advantages such as track conditions in the qualifying groups.

Singular results are two a penny in Formula E, but replicating them race in and race out is rare. 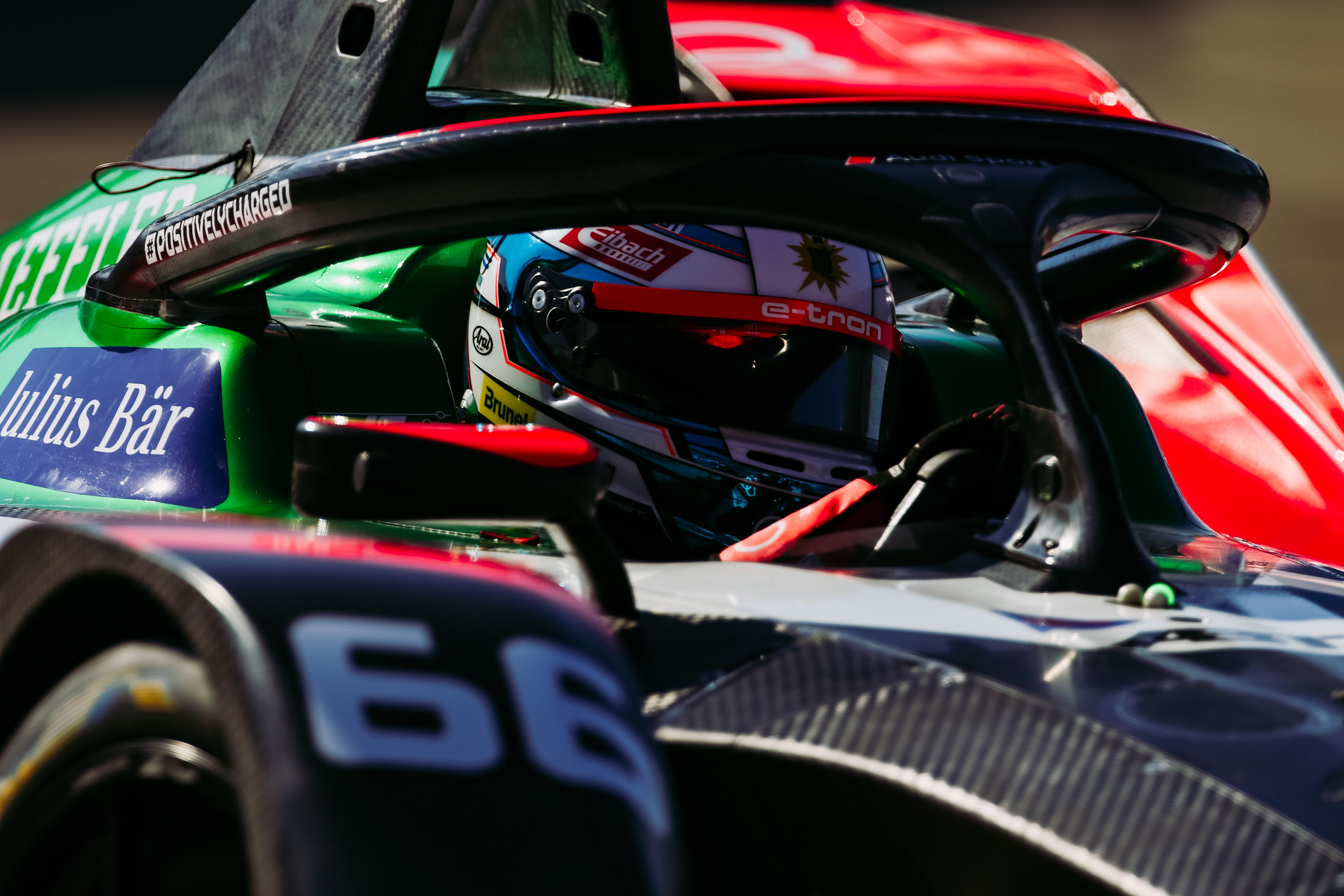 Alexander Sims and Robin Frijns are undoubtedly two of the quickest and most impressive flair performers in Formula E but look at the consistency in their points hauls compared to Lucas di Grassi last season.

The facts tell you that both Sims and Frijns each had just one ‘back to back points score’, Sims in the two Diriyah races and Frijns at Berlin. Di Grassi meanwhile took eight consecutive points scores between the second Diriyah EPrix and the fourth Berlin race.

“Formula E has a completely different feel and feedback, and also from the racing perspective of learning how to attack how to defend and how not to use energy by doing both of those,” says McNish.

“That’s something that I think Rene learned very, very quickly. From our point of view, we believed that it was possible for him (to be consistent) but it’s good to actually have it in podium positions and trophies on the table.”

As expected, Audi has elected to homologate its new powertrain as planned for the first available slot which will mean it starts 2021 with an all-new package.

This had to be the case as Audi’s last offering was on its best days the fourth most efficient overall.

This means that it is now approximately in the middle of its available 19 days of performance testing as a customer supplying manufacturer. Remember too that it must supply units to customer team Envision Virgin, and in a pandemic when supply chains are straining the decision to go for the slot one homologation had to be artfully judged.

Rast is believed to have partaken in some of these test days already but the main thrust of his cockpit time will come after Hockenheim next weekend and in the run-up to the three promoter test days (not part of the 19 day allocation) at the end of November. 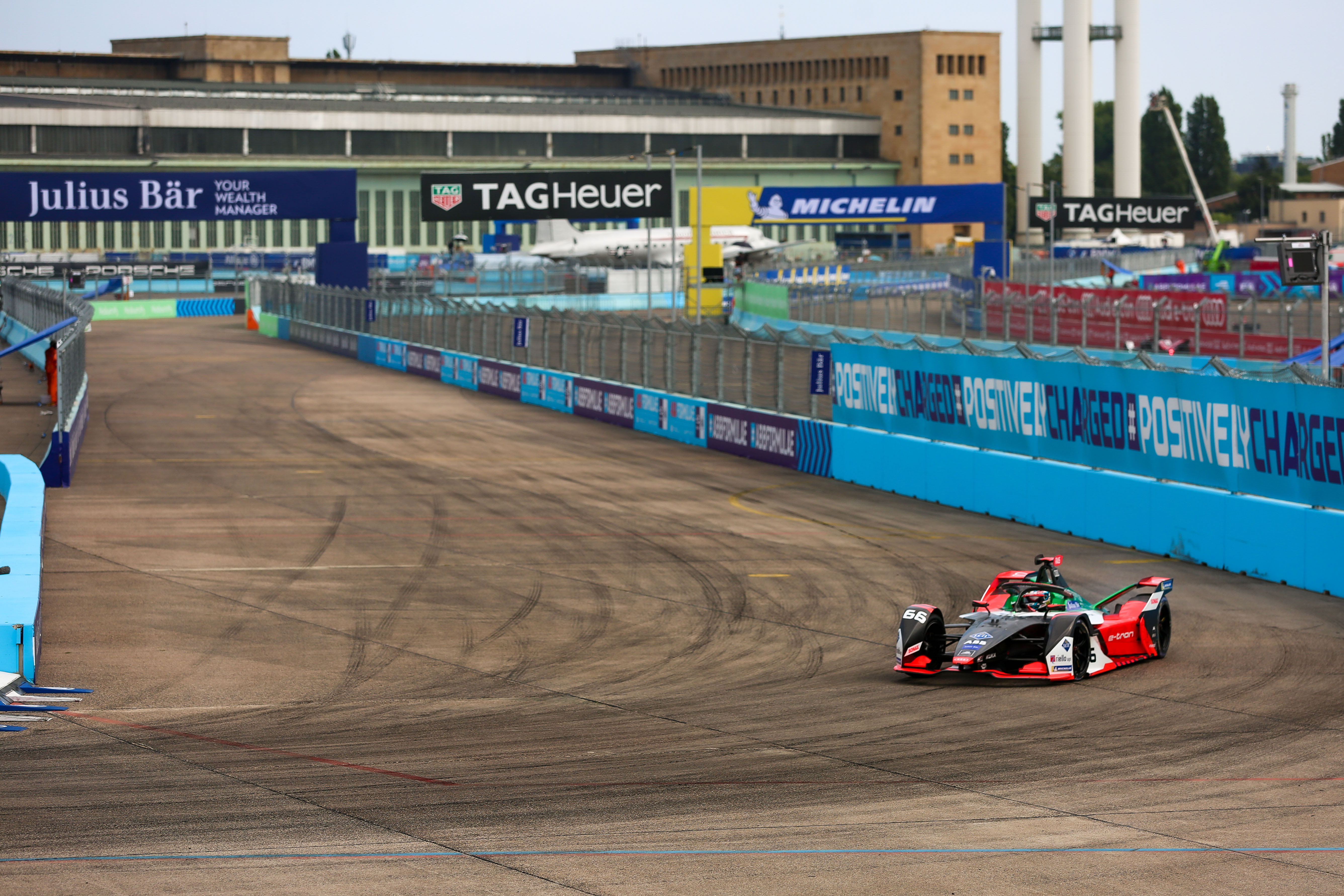 “It has been quite tricky to combine it because it’s not only the DTM programme, he also had the Nürburgring 24 hours, and normally scheduled Spa 24 too, said McNish referring to Audi’s decision to rest the three DTM titles contenders from the classic Belgian enduro last weekend.

“As soon as Berlin was passed, from my perspective, his focus was on DTM to give him the opportunity to fight for the title.

“At the same time, we’ve tried to integrate him where practically possible, I suppose we are in a good position in that we can have that balance because we’ve got Lucas and he has been there with us for six years.”

Crucially di Grassi’s six years is with how Audi Sport operates so could easily adapt when the factory element properly came on stream for the 2017-18 season.

“From our perspective, we’re able to lean on Lucas a little bit more, to be able to push that forward,” says McNish of the early reliability testing of the new 2021 Audi.

Rast’s famously analytical approach will complement di Grassi’s own thorough work ethic and along with Mercedes will grasp the extra manufacturer supply test days firmly in order to fight back from what was in Audi terms a very average 2019-20 season. 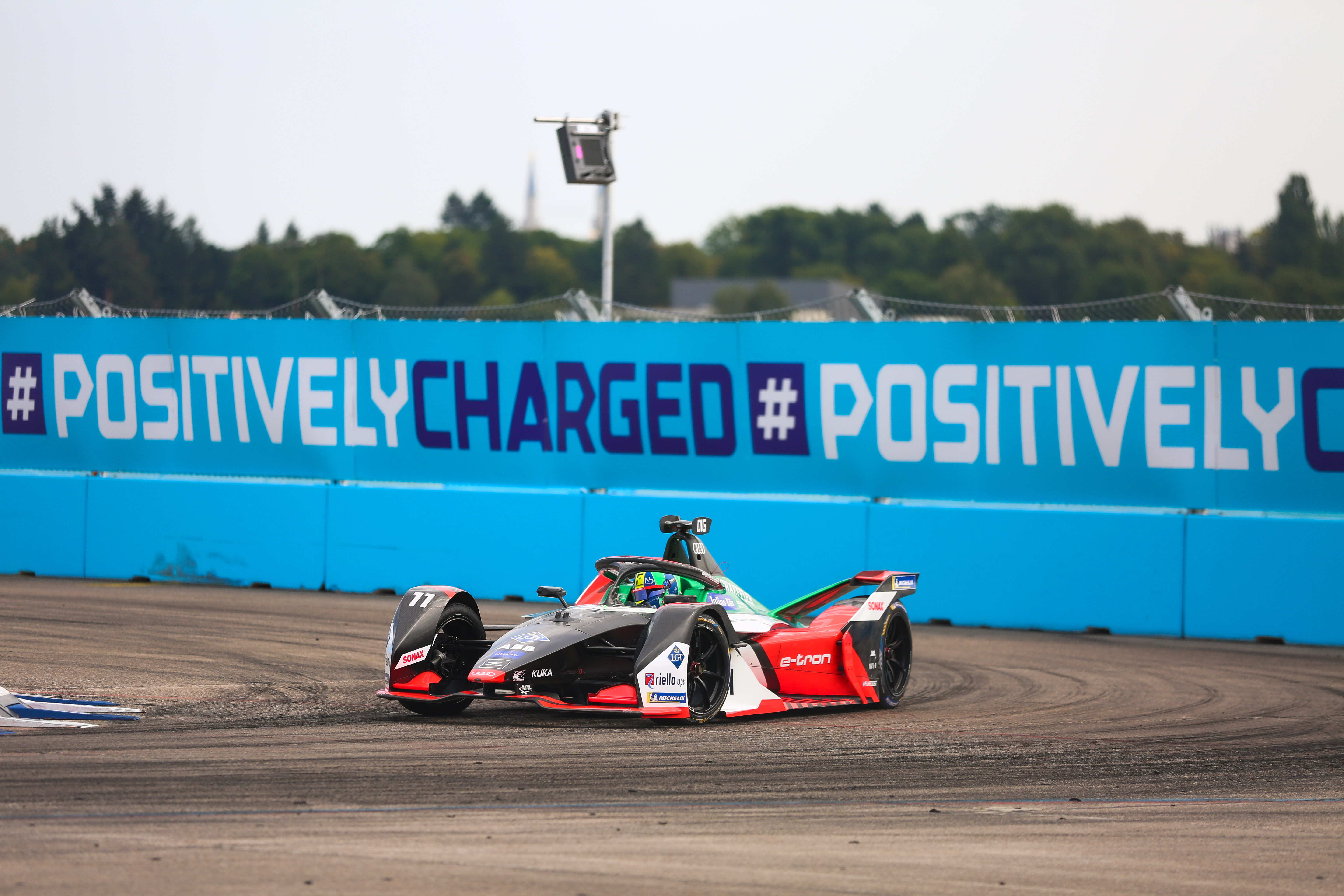 If you were to choose one team-mate to come into a team alongside for a first full maiden Formula E campaign, di Grassi wouldn’t be at the top of the list.

That is the obvious way of putting it, maybe even a lazy one. But dig deeper and in reality, di Grassi is, in many ways, perhaps the ideal teammate.

Maybe not for a fresh-faced firebrand rookie but Rast doesn’t make the cut for that description. That is because his achievements and stellar standing in the sport, let alone the fact that he has been a factory Audi driver for almost a decade now, give him a few waivers in being susceptible to an alpha-male domineering teammate.

“Lucas is a benchmark in so many ways. I think in Formula E and also in the team, he’s been such a strong and integral part,” he says.

Di Grassi’s strengths in recent seasons have been his capacity to maximise the cars and strategies in races even when it should really be struggling to harness a top ten position.

Only on rare occasions did di Grassi ever get trodden upon by Abt. It happened perhaps once or twice over the duration of a season. When it happened in Berlin back in 2017 the shock was palpable.

That’s not to say that Abt was not deserving of his annual rolling contracts for the majority of his tenure at the team, far from it.

In the first Gen 2 season of 2018-19 he mirrored di Grassi’s consistency and was just 13 points behind in the final standings. Additionally, had his Hong Kong win in 2017 not been taken away for a ludicrously judged and punished admin error he would have finished a point ahead of the Brazilian in the final Gen 1 campaign. 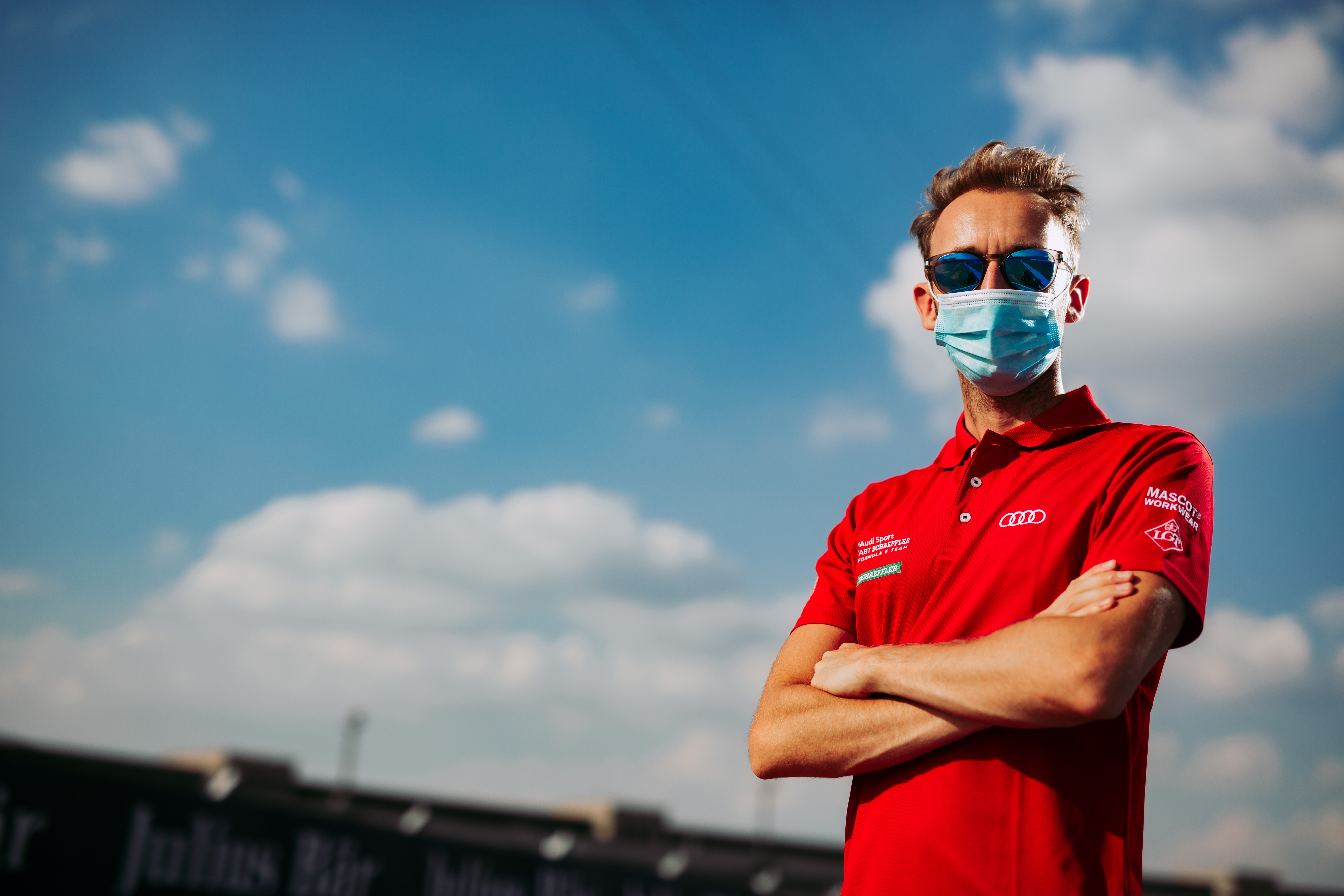 But for Audi, di Grassi’s average points per season in Formula E currently makes keeping hold of him something of a no-brainer. An average haul of 132 points shades Sebastien Buemi’s by 2pts and double-champion Jean-Eric Vergne’s by 21.

This will mean that Rast has some housekeeping to do in order to keep the di Grassi benchmark in view. McNish thinks he’ll achieve that conclusively.

“Clearly, we need two drivers to push each other, because that’s how it is. And then you’ve got to manage that, which is our job as a team,” he states.

“But we need two drivers as well to push and to maximise the picking up of points and I would certainly hope that they push each other.

He also thinks that the pushing will be a mutual thing, saying that “I don’t think it’s necessarily just one way, but in both ways they push each other and maximise what they’ve got, because both have got massive amounts of talent.”

“I’m very pleased that we’ve been able to get the driver line-up because I think it’s quite balanced in terms of the experience levels, technical and racing capabilities.”