Formula E teams are adjusting to new weight regulations that come in line with Formula 1 rules to ensure a more level playing field for heavier drivers next season.

The rules have now been formally implemented into new technical regulations for the first world championship season, which starts in January. These will see a new weight distribution of the cars that will run, with the driver aboard, a 40.5% and 42.5% balance for the front.

For control purposes during the homologation of the car, a reference driver weight of 80kg (with the seat and insert) will be “taken in consideration by the FIA”.

This means that the total weight of the driver with his foam seat, FIA extractable seat shell and driving equipment, has to be no less than 80kg at all times during an E-Prix.

The weight of the special seat foam insert has to be declared to the FIA at the first event of the championship in Santiago next January. This reference weight can be amended at any time during the championship season if it is thought to be necessary by the FIA Technical Delegate.

The move comes after some larger drivers have highlighted how they are disproportionately affected and often forced to go on extreme diets to diminish the previous inherent disadvantage.

Eduardo Mortara told The Race earlier this year that his extreme dieting and weight loss made him “always sick when you have such low body fat, basically also the skin is so light that then whenever you have hot temperatures or very low temperatures then you’re not really isolated by the skin”.

The Race’s technical consultant Peter McCool, who was the technical director and stakeholder in the Amlin Aguri team in the inaugural season of the championship, says that the new rule detail will be a key factor in teams preparations for the new season.

“The new measures have been enforced in order to have the same effect as the previous rule, in that it specifies the forward and aft limits of the car’s centre of gravity,” says McCool.

The rule change brings Formula E in line with F1 and some other FIA championships where there is a reference driver weight of 80kg.

“Currently teams with smaller, lighter drivers are at an advantage as they have more margin for moving the CoG forward with ballast placed forward in the car. The ballast has to be positioned on the keel of the car.

“Bigger drivers have less ballast to carry and so their team has fewer options for adjusting the weight distribution of the car.”

McCool actually thinks that a bigger-picture topic which could be looked at is whether a higher limit could be enforced in the future.

“The big question is, whether an 80kg limit is high enough. There are some drivers that will still have difficulty getting down to this weight [with seat and all driver equipment]. But at least this is closer to a “level playing field” for all drivers than the previous rule.” 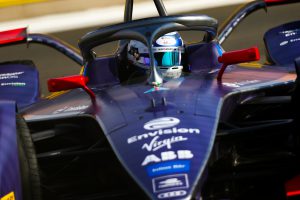 Formula E Podcast: Will Cassidy be a rookie sensation?
Listen

Nissan e.dams Oliver Rowland is one of the drivers in the heavier weight category but believes he will not need to make vast changes due to an inherent lightness of his Nissan IM02 which he will continue to use for the first phase of 2021.

“It means that I can run a bit less ballast, so that obviously helps me in that area,” Rowland told The Race.

“Obviously, at a certain point, you can’t get it to where you need to be within the regulations. But that is an advantage on my side now moving forward.

“I was lucky because we’ve got a pretty good car in terms of weight. But I do know that a lot of drivers were struggling.

“When you’re 65 to 70 kilos, you can put that weight where you want, so if you want to re-balance the car by putting it in the back or in the front you have that tool, whereas we would never have that tool because we just wouldn’t be able to put in five kilos in the front or the rear to help the balance, we’d have to find another solution.”

BMW i Andretti’s team principal Roger Griffiths broadly agrees with Rowland, telling The Race that “depending on where you’re at, with your driver, it will change things but also make it all a more level playing field”.

“If you have a [Antonio Felix] da Costa let’s say, for example, that weighs 65 kilos, maybe 63 on a good day, then it will have an impact because your seat is ballasted to 80 kilos,” Griffiths explained. “Whereas before you were able to have more weight on the front axle or more weight on the rear axle, depending on what you wanted to do. 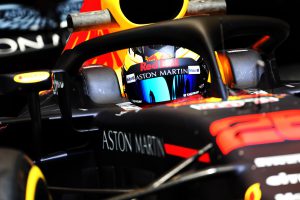 “I think it’ll impact every team in different ways. The flexibility that some teams had previously will no longer be there, so it should give a bit more of a level playing field.”

At the moment a key question is believed to be whether all the teams will be ready for the new season with new ballast-able seats and new cradles they will need to make.

Presently, there is a lot of work around getting all the drivers correctly and safely fitted into the cars with the new rules.

The Race has discovered that one company, which specialises in such technology, is providing seats for the vast majority of the Formula E grid.

That business is called Real Equipe, founded by former McLaren and Honda F1 mechanic Vaughan Cartwright and based in the UK.

He and his team work closely with at least eight of the Formula E teams and, according to McCool, will be using their expertise to maximise driver positioning in the cockpit in relation to the new regs.

“The teams will have to work quickly when the new seat shells arrive and they can start fitting their drivers. There is a lot you can do to optimise the driver’s position in the car. You want to get them comfortable, as low as you can and as forward as you can. All this takes time – if you want to get it right.”