A missing link can cost you!

So why does BMW exhaust the patience of drivers and lose more than it wins in Formula E?

It’s a baffling fact that Robin Frijns, Tom Blomqvist, Antonio Felix Da Costa and now Alexander Sims have departed what should be one of Formula E’s best opportunities and gone to pastures new.

In most cases, they excelled and in Da Costa’s case became a champion.

To fritter away one talent might be deemed careless, but three or four is surely just wasteful. 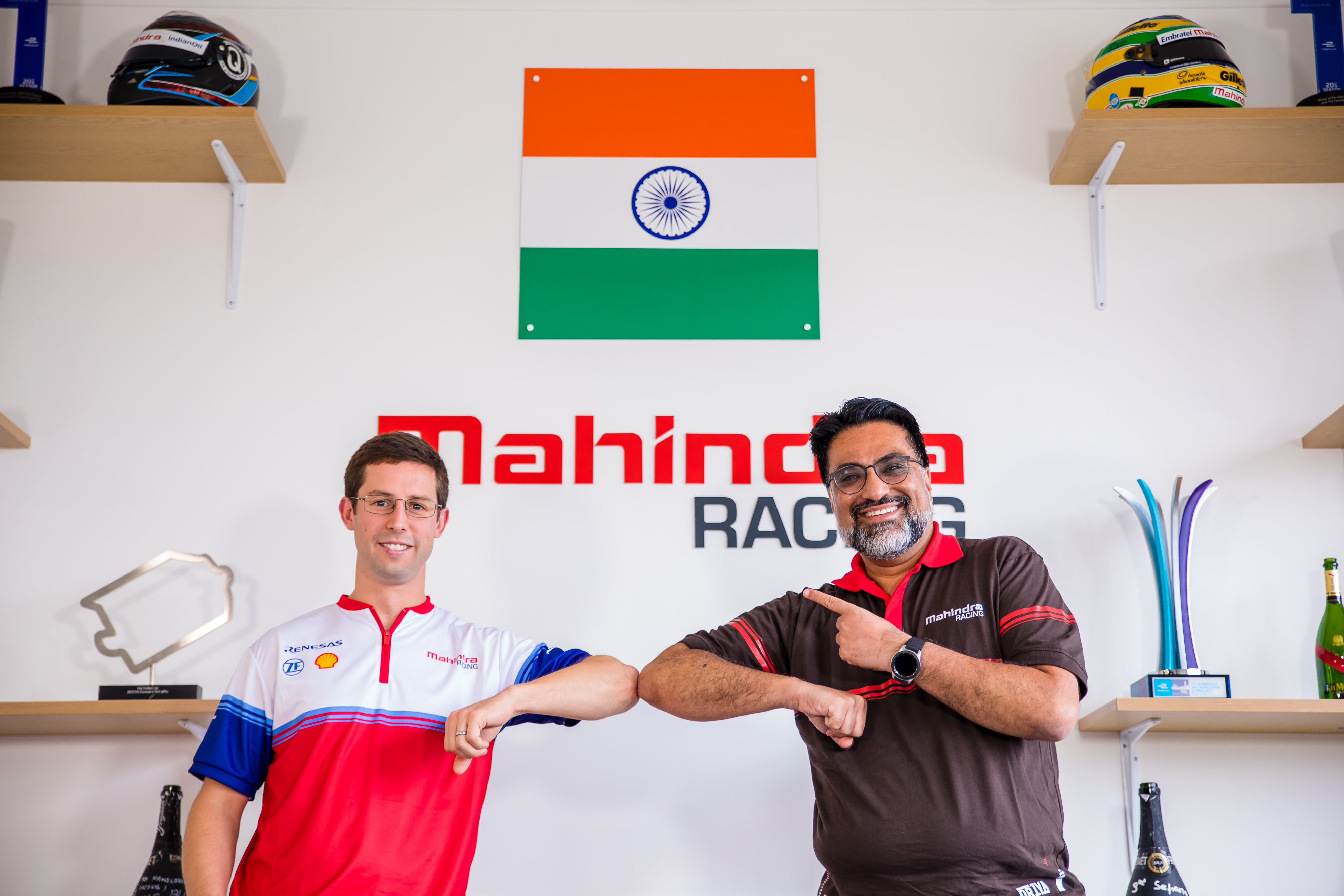 When Sims chose to join Mahindra earlier this year instead of staying at a team that had won three E-Prixs in the last nine months, something had to be amiss.

That Sims, who had struck up a fine partnership with Maximilian Guenther, had not been made an offer by BMW for 2021 seemed odd.

He did not leave BMW i Andretti on bad terms at all. In fact far from it, as he will still continue to represent the brand in GT3 racing in the coming months and quite possibly next season.

“I look forward to seeing all my BMW friends around the paddock in the coming seasons, and wish the team all the best in the future,” he said, after the news of his defection was announced recently.

That was no hollow PR sheen. It was genuine 100% accurate Sims right there, the same person that spent several hours helping his team pack away after two brutally hard weeks graft in Berlin.

The simple crux of why he moved is that he was made a good offer by Mahindra and he took it.

So how do we define ‘good’ in this instance? The short and honest answer to that is that Mahindra boss Dilbagh Gill made him feel wanted. 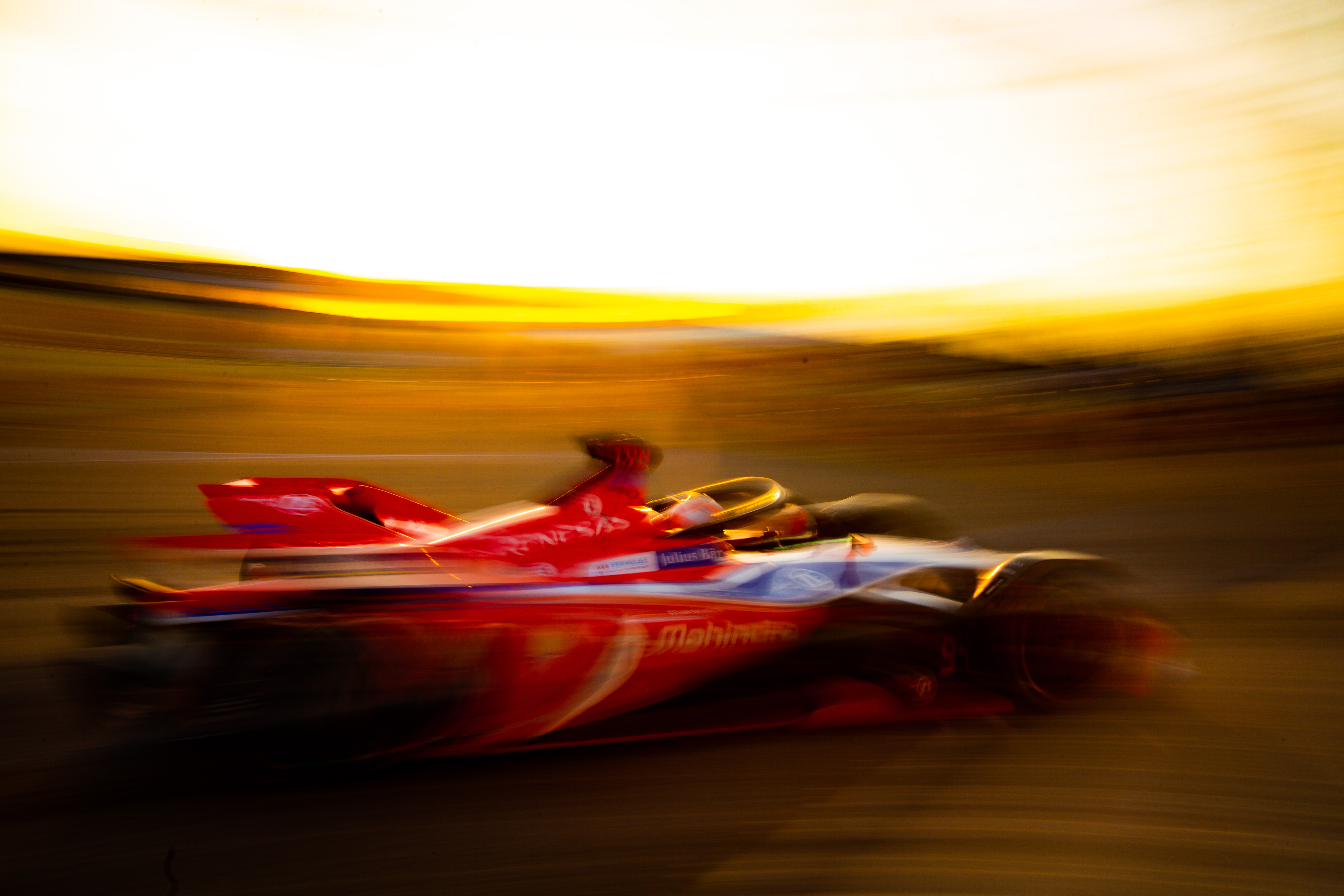 It was more than just typical Gill geniality, a warm embrace or future hyperbole, and it was much more than just Sims’ home in Stratford-Upon-Avon being under an hour from Mahindra’s new base in Banbury.

Those things all helped, but the truth was that Mahindra is now entering a fresh epoch of its existence with a new technical partner in ZF, that new HQ and deep investment in fresh engineering talent.

Gill’s management style is unique and it is not by coincidence that Mahindra exudes a familial nature that majors on a tight team ethic.

If ever there was a word over-used in modern parlance it is ‘family.’ Family this, family that, everyone appears to be a family.

But family is also complicated, often fractured, sometimes cold. Perhaps some of these descriptions fitted elements of BMW at times. Why else would a driver choose to leave, as Da Costa and Sims did?

Da Costa swept to a title in Berlin and one of the first ports of call after the podium celebrations had died down was to the BMW i Andretti camp where he was warmly embraced. The crew loved him there.

But tenderness or backing from the BMW team to Da Costa was rarely shown by top management, other than in sporting terms such as Marrakesh in 2019 when Da Costa appeared to overdo the mea culpa a little after his skirmish with team-mate Sims.

For Sims, that chastening experience is now long forgotten but perhaps it truly began a decline in his future prospects. It certainly spelled the start of a lean patch results wise.

So even privately, Sims has to be disappointed that he was not backed by BMW in the summer of 2019. That was when he finally found his Formula E mojo after a long lean spell formed through a combination of his own errors and team/car issues.

In the second New York City E-Prix, he took a brilliant pole and a maiden podium position. He’d played the team game by letting Da Costa take better positions and results in Monaco and the first New York race.

But his position in the team was in serious doubt as Guenther was being sim tested and readied to team up with da Costa.

Then DS Techeetah came calling for Da Costa and Sims effectively got a stay of execution. Strangely though Guenther was confirmed at the team a month before Sims, who was only announced a few days before the pre-season Valencia test. 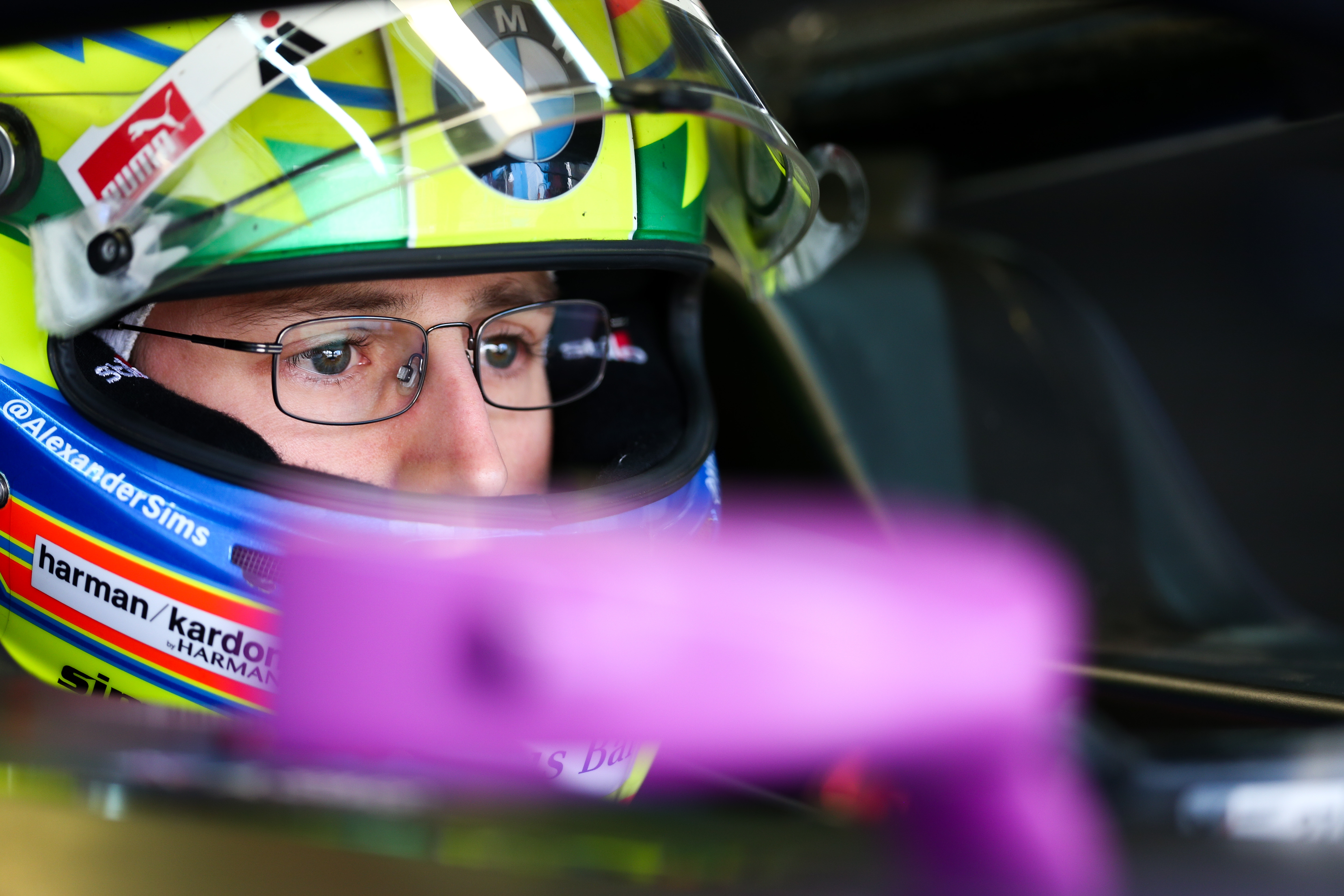 It sent a message, and although bitterness or revenge are as far away from Sims’ make-up as can possibly be, the elements of poor BMW management made it much easier for him to jump ship this summer.

This element was especially clear when Guenther was made an early offer during the lockdown and was signed and sealed for 2021 well before Berlin.

There should be no surprise in this and perhaps from BMW’s point of view, it was merely carrying out its strategy of pinning its hopes on Guenther for the future.

But it was another not so subtle message to Sims and his camp. He grasped the nettle to look after his own future, which at 32 years of age and with a young family, was absolutely paramount.

The prospect of again waiting for BMW, whose contracted driver roster could become overly bulbous should DTM crumble completely this autumn, was not a sensible option for Sims.

There has always been a perception at some manufacturers that the driving talent should be grateful for the opportunity, rather than recognising the value of the talent.

Some senior management thinking is firmly ingrained like this. It can, in certain circumstances, work – up to a point anyway. But in BMW’s case, it backfired spectacularly with Da Costa.

Then there is the economics. BMW is rumoured to be fiercely opposed to mega-bucks salaries for its drivers and its Formula E racers are believed to get well below the going rate of most manufacturer teams. 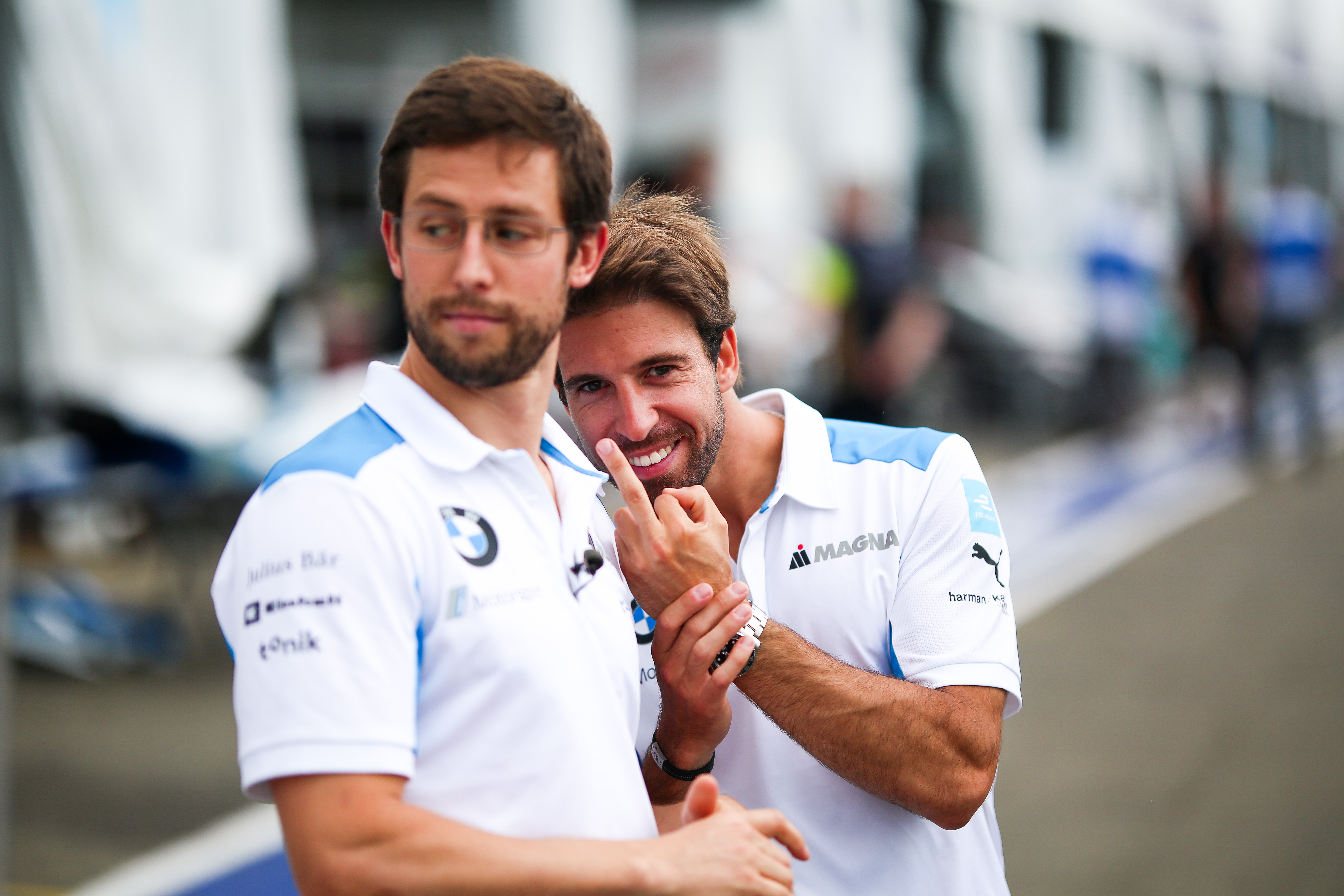 Plainly this policy can’t continue without devaluing what BMW is trying to achieve in Formula E.

Guenther might win a title for it but then again that might not be for another three years or so.

BMW i Andretti does a very fine job in Formula E, it is a proven winner. But as we saw in Berlin earlier this month, when it achieved just 28 points from a possible 180, a missing link is leaving it hamstrung in the race for even a credible title challenge at present. 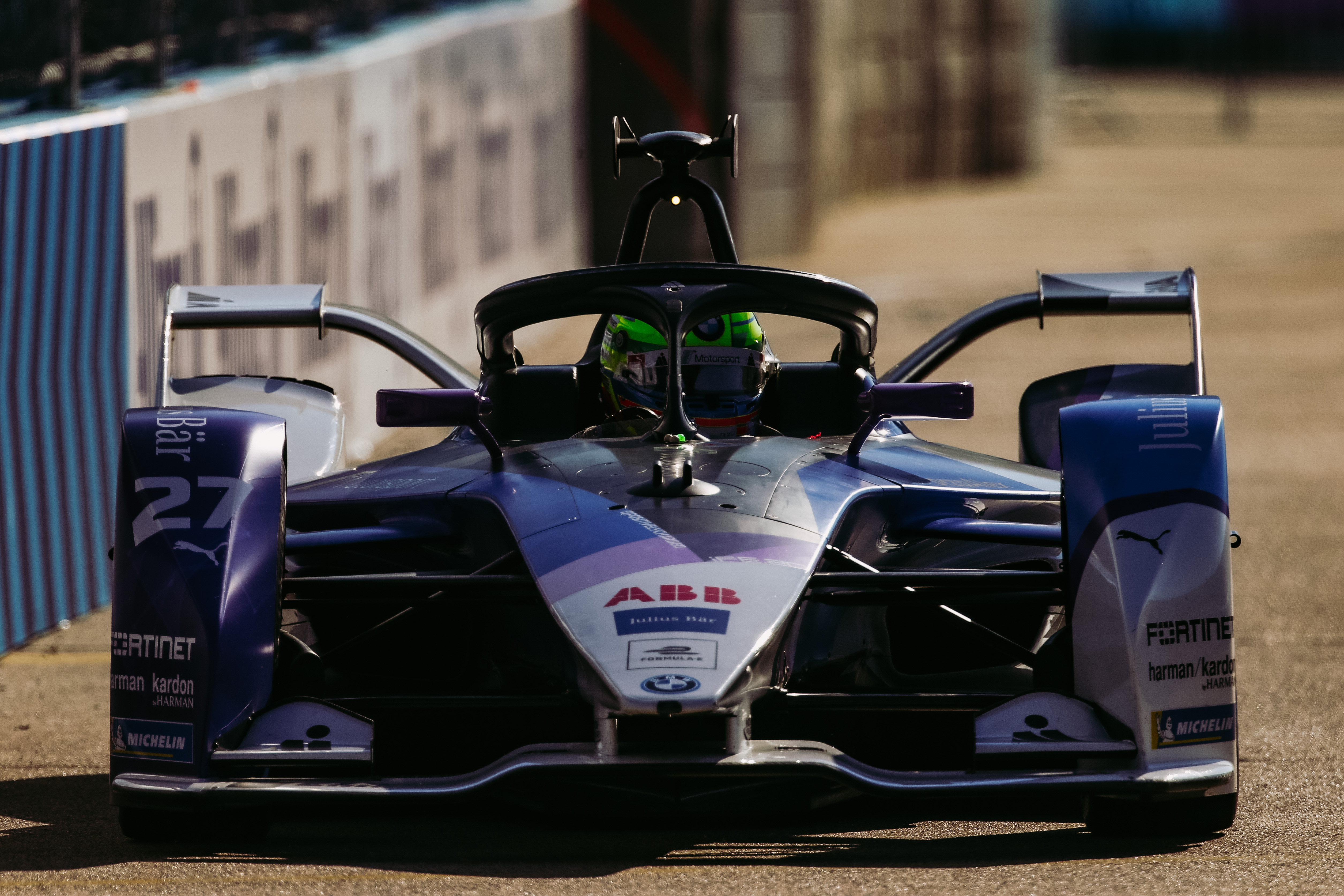