Jean-Eric Vergne has lost his Diriyah ABB FIA Formula E World Championship podium after being hit by one of nine post-race penalties issued on Saturday night.

Vergne, who finished third, is one of three drivers penalised for failing to take the second of the mandatory two attack mode deployments, with Rene Rast and Tom Blomqvist also affected. The trio have been given 24s time penalties in lieu of the drivethroughs that would have been imposed in the race.

All three were caught out by the sudden end of the E-Prix, which spent a long period under a safety car following Alex Lynn’s huge accident before being red-flagged with just over two minutes to go.

Vergne wrote on social media that the red flag had made it “impossible for me to respect the rule”. 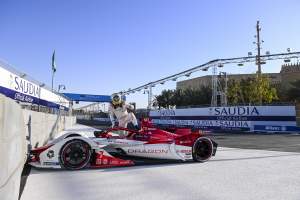 DS Techeetah driver Vergne drops from third to 12th, with his reigning champion team-mate Antonio Felix da Costa elevated to the podium in his place. The pair had a wheelbanging battle in the middle of the event and lost touch with leaders Sam Bird and Robin Frijns as a result.

Rast also loses a points finish as his Audi was 10th on the road. NIO333’s Blomqvist was originally 13th having been punted into a spin by Maximilian Gunther moments before Lynn’s crash unfolded.

Rast and Blomqvist get a second 24s penalty apiece for going too fast under the earlier full course yellow prompted by Pascal Wehrlein and Jake Dennis colliding. They tumble to 17th and 18th, last of the classified finishers.

Vergne’s demotion is one of two changes affecting the top five, as rookie Nick Cassidy also gets a 24s penalty for the same FCY offence as Blomqvist and Rast. 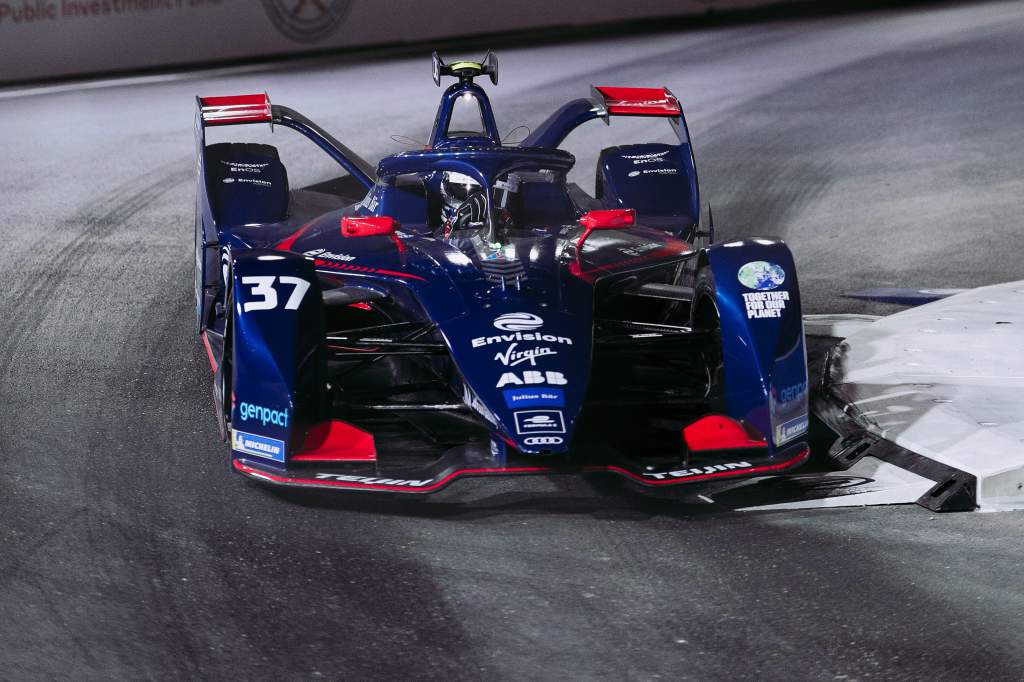 Envision Virgin driver Cassidy drops to 14th as a result. 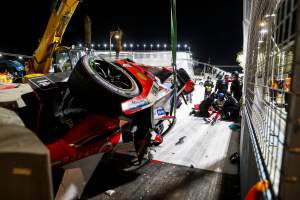 De Vries had dominated the event through Thursday and Friday, before all the Mercedes drivers were ordered to sit out race two qualifying while the cause of Edoardo Mortara’s huge practice crash was investigated.

His Venturi-run customer Mercedes had ploughed into a wall due to a brake problem that struck following a practice start at the end of the session.

The Mercedes were allowed to race having made software changes to prevent a repeat of the issue, but de Vries was only able to make it up from 20th on the grid to 14th on the road.

He was still able to take the bonus point for fastest lap, but reaching ninth means he now holds a seven-point championship lead over race two winner Bird. 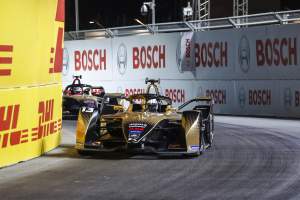 The eighth penalty was to Mahindra’s Alexander Sims. He took the flag in 11th behind eventual seventh-place man Rowland, but a 24s addition for a technical infringement involving the throttle map leaves him 15th.

There was also a penalty issued in the form of a grid demotion for the next race, which is scheduled for Rome on the second weekend of April.