Alex Lynn is understood to have emerged without serious injury from a Diriyah Formula E accident that Mitch Evans described as resembling “an aeroplane crash”.

Lynn’s Mahindra skated upside down over 60 metres down the track and into a retaining wall in the runoff area.

He was released from hospital after what Mahindra described as “precautionary checks” late on Saturday night.

Fellow drivers have described it as the biggest crash in Formula E history so far.

“He collected my rear wheel and had an aeroplane crash, which was pretty nasty” :: Mitch Evans

Lynn was battling with Evans for 14th place when the two touched approaching the braking area for Turn 18 10 minutes from the scheduled end of the race.

The Mahindra became pincered between Evans’ Jaguar and the wall before becoming airborne.

Ahead of them a separate accident took place at the same corner between Maximilian Guenther’s BMW and NIO333’s Tom Blomqvist. This was tracked by the host broadcasting TV feed, which missed the much bigger shunt behind it.

Lynn’s car slid along the track glancing the debris fence before slamming into the wall.

Evans drove over to Lynn and was able to speak to him before his car was righted. 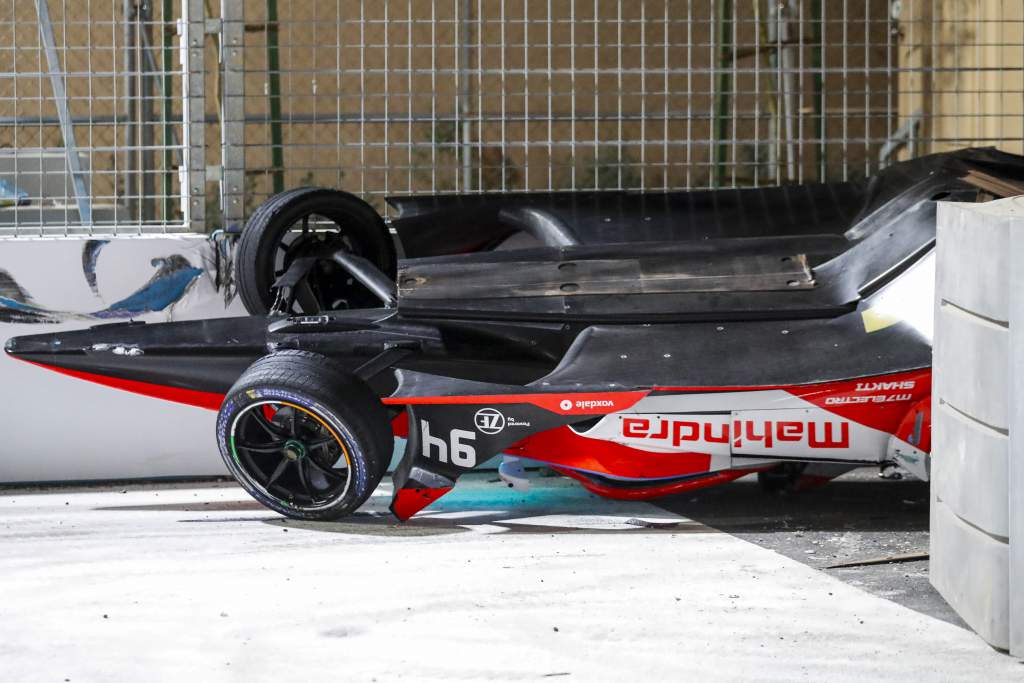 “Basically I was defending hard from Alex into T18,” said Evans.

“We were really close to the wall, and he didn’t really back out of it.

“Was there room? I’m not sure I need to see the replay. I hope there was and I didn’t do anything out of order.

“He collected my rear wheel and had an aeroplane crash, which was pretty nasty. 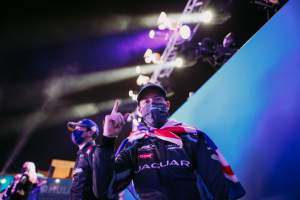 Race director Scot Elkins initially called a full course yellow and then a safety car before a red flag was deemed necessary to enable Lynn to be extricated from the car.

He was checked at the circuit medical centre and transferred to a local hospital for precautionary check-ups before being released later on Saturday night.

It is believed that race direction was aware that Lynn was alert and conscious and talking to marshals immediately after the accident took place.

The Race understands that Lynn initially complained of knee pain at the scene.