The secret to Formula E’s most effective team-mate pairing

Nissan edams may well have the best driver combination in Formula E right now, and not just because Oliver Rowland and Sebastien Buemi are fast and technically adept.

It’s probably not even that they have a strong professional understanding of the championship or that they’re key parts of the all-consuming push for greater powertrain efficiency.

Unusually, their greatest combined strength might just be that they’ve a great understanding of one another.

That might sound a bit trite, but it’s based on fact, both from the sense that they feed off each other’s strong competitive ethic and also that they are at just the right position in their careers to leverage that respect into advantageous performance.

The stats also back it up. Since they paired up they have scored the biggest tally of any two team-mates combined over the two seasons of Gen 2 Formula E competition. 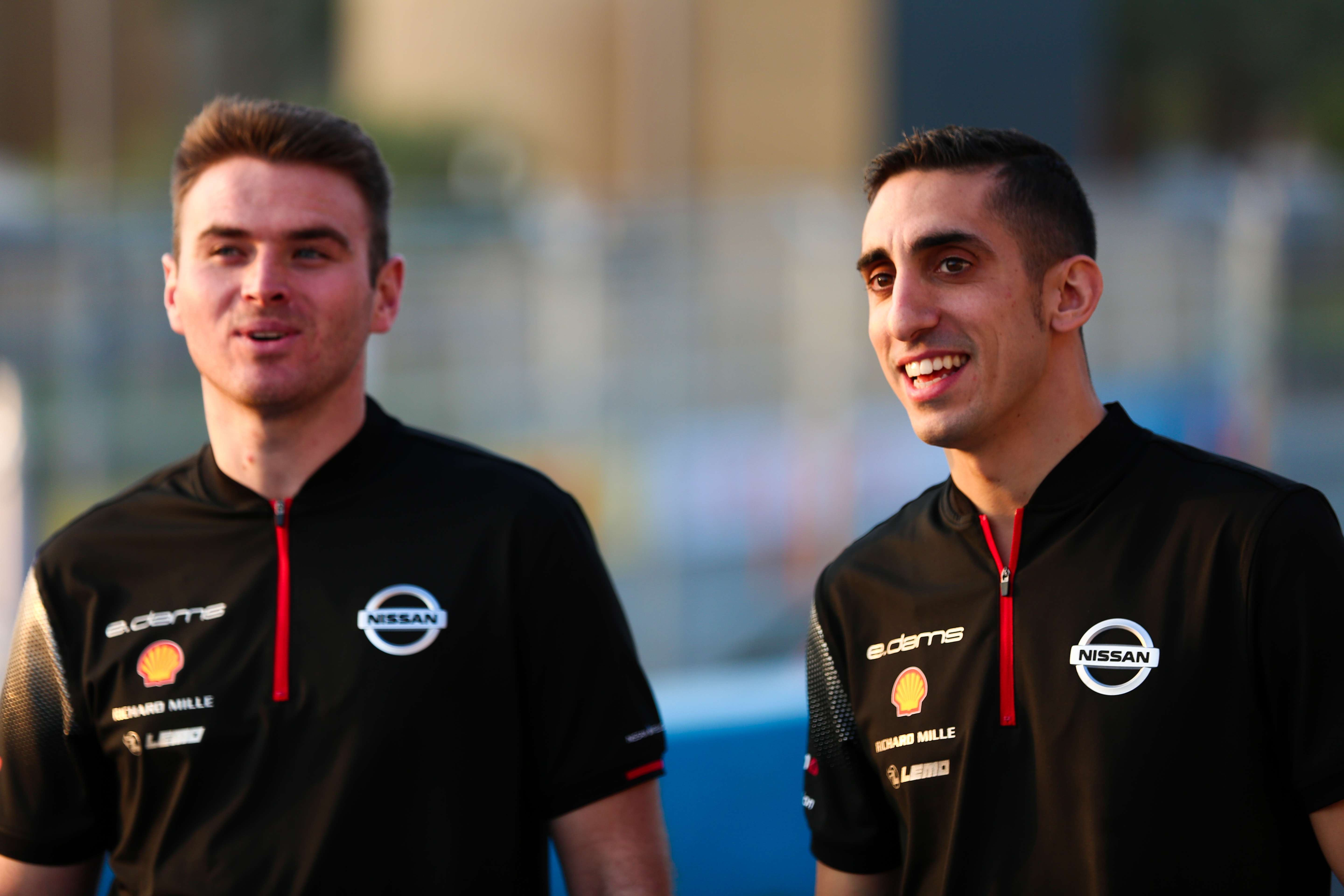 The genesis of the partnership goes back to Valencia in October 2018 when Nissan edams, then showing its face in public for the very first time after switching from Renault, got off to the bumpiest of starts.

On the first morning of the test its late team principal Jean-Paul Driot received a phone call from Red Bull’s driver guru, Dr Helmut Marko. The conversation was swift but triggered a complex series of events that would go on to affect several people’s destiny. 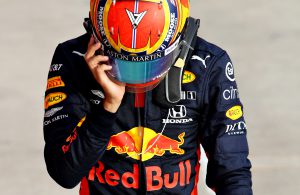 Marko told Driot directly that he wanted Alexander Albon to join the Toro Rosso F1 squad and requested that he be released from his commitments with Nissan edams. Ever the realist, but still furious that his early commitment to Albon went to waste, Driot realised he and the team only had one decision to make.

While that was relatively straightforward, the pressing position for Driot was now who he was going to replace Albon with. Whoever it was, they had to be found quickly as the No.22 Nissan edams lay dormant in its pit for most of the first two days of the test.

Rowland, at this point with only a few Blancpain GT3 races to show for what seemed to be a dying professional career, got the call and seized the opportunity with both hands. 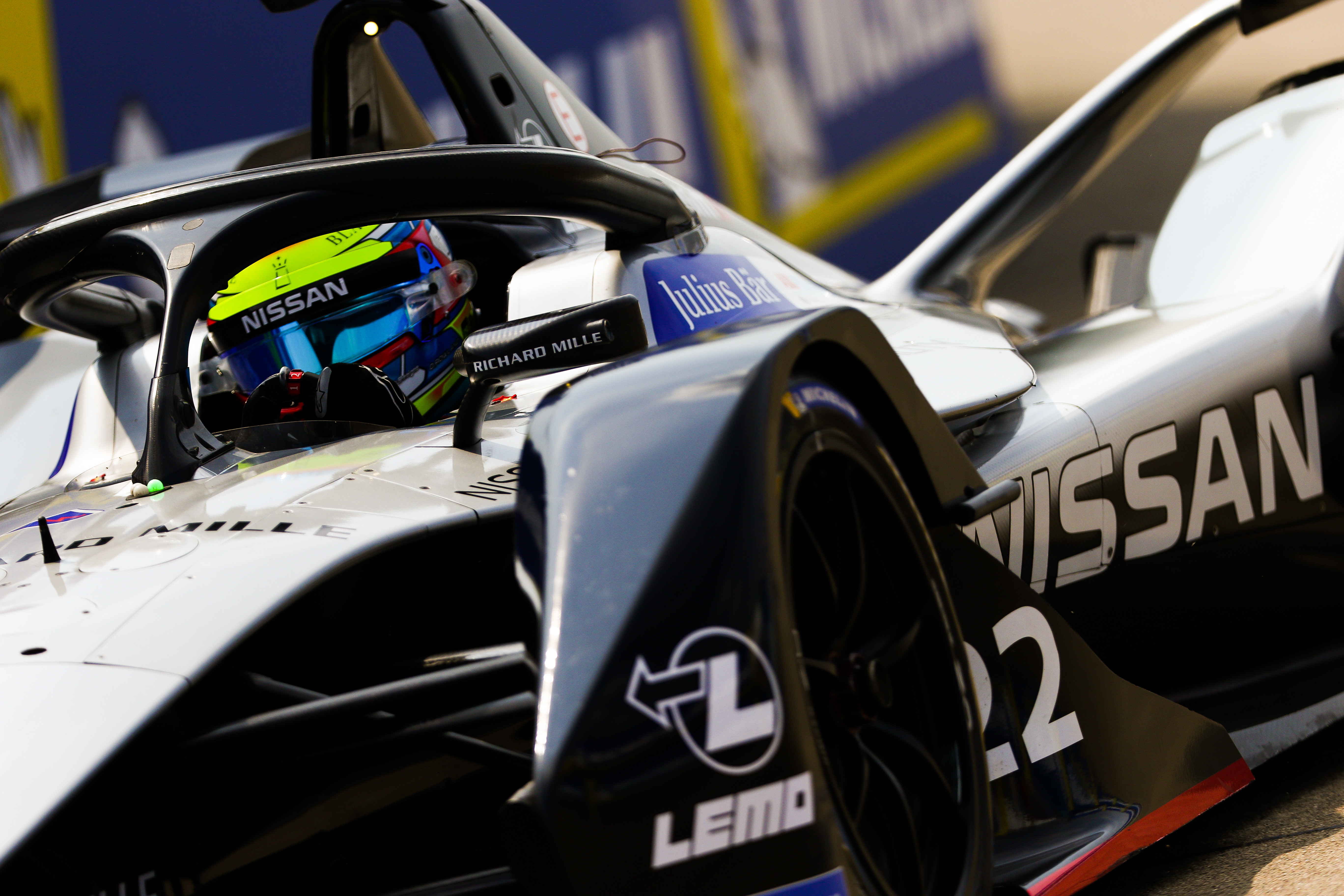 The slightly volatile beginnings though were surprisingly smoothed a little by Buemi.

“I was very fortunate when I first came, Seb was very welcoming, and he helped me a lot,” Rowland tells The Race.

“Obviously, he’s a little bit older, more experienced, and he knew that in order to build a good team in Formula E, that he needs a good team-mate that he can work well with.

“He was very vocal about that, from when I arrived, you know, the reason he was so influential in helping me was because he knew that if Nissan and edams were to thrive, then they needed to have drivers at the top level working in harmony together.”

You have to remember that at this stage Buemi still had the spectre of his July 2017 Montreal meltdown weekend slightly on his shoulder. That was when he had vented memorable post-race spleen at several drivers, ironically after one of his best-ever Formula E races.

The image and the reality are traced over conveniently, and this is true of Buemi.

While those within the team saw little difference in the way the 2015-16 champion operated, those on the outside noticed subtle changes. These were certainly influenced to some degree with what was going on in his other major programme with the Toyota Gazoo Racing squad. 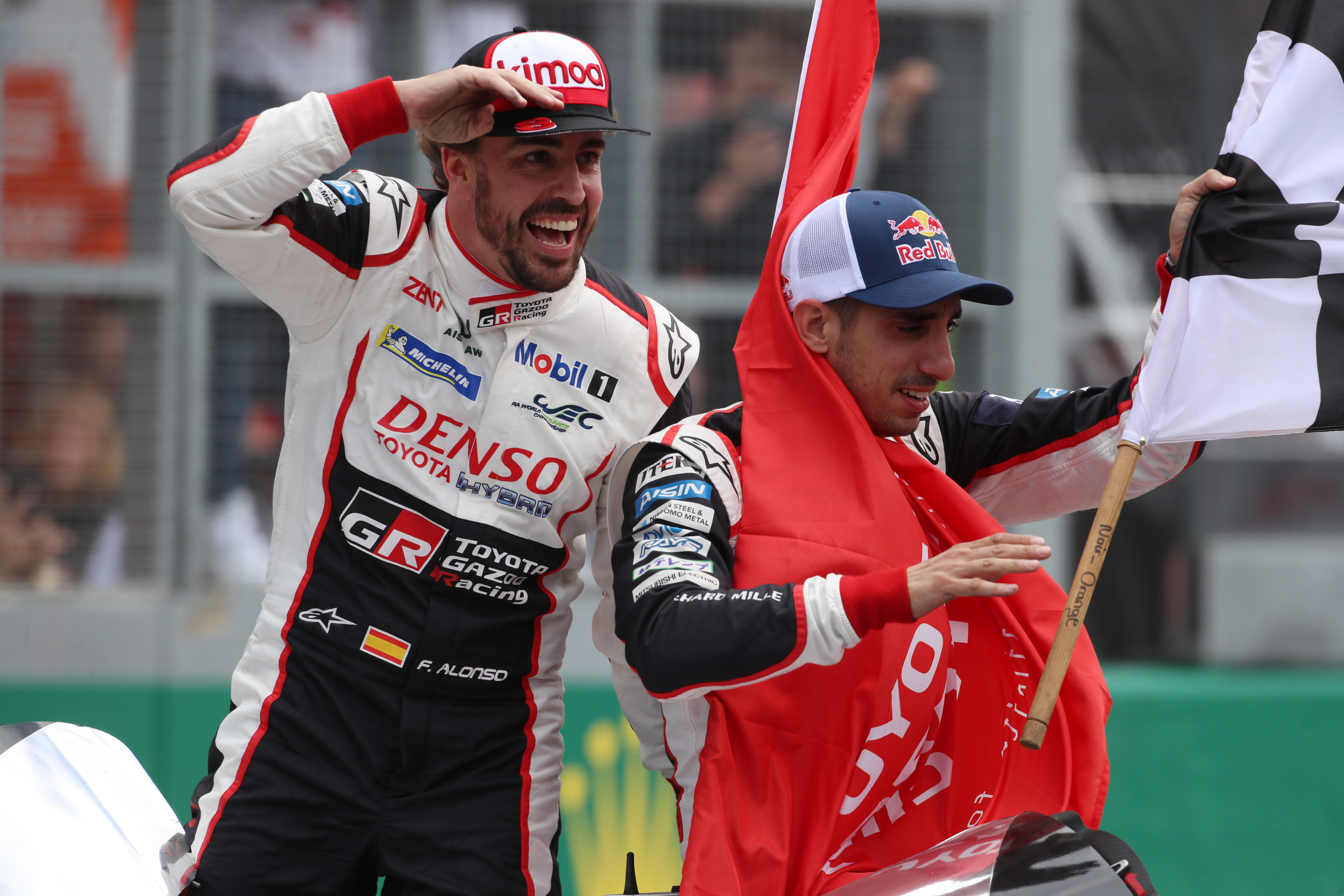 By October Buemi had finally taken a long overdue win at Le Mans for both himself but more importantly for Toyota. It should not be underestimated just how painful the infamous 2016 last-gasp defeat had been and how much it had taken its toll on Buemi.

Then there was the Fernando Alonso factor. Buemi, whether he would detail it or not, whether it was consciously thought out or not, undoubtedly learned a great deal from being Alonso’s team-mate for two years. All of a sudden, he wasn’t the biggest star in the team!

By the end of 2018 it was all beginning to have a positive effect on him as a professional and perhaps the fact he’d just become a father for the second time also helped him rationalise and prioritise how to spend his own personal energy at a racetrack.

For Rowland, it was noticeable too, and more so because he was seeing that it held positive properties for his own approach to his career, one which had also seen its fair share of troughs and trials.

“I’ve probably never had as good a relationship with any team-mate in the past,” says Rowland of Buemi.

“I quickly gained his respect in terms of speed and pace. And we both 100% respect each other’s abilities on track.” 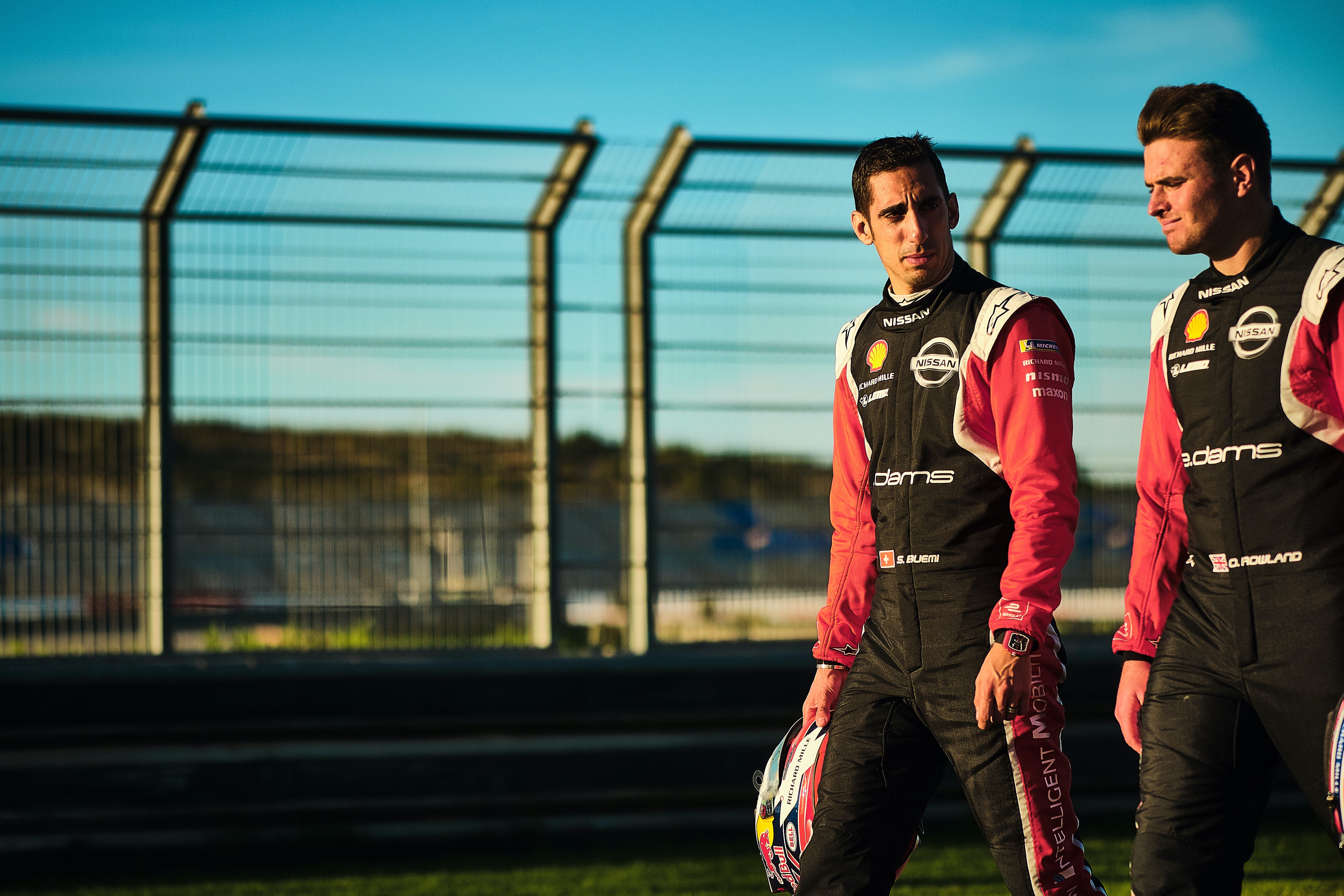 This is born out in facts on the circuit. Not always, but quite often Rowland is hugely quick out of the blocks in free practice, and visibly so.

Once or twice he overcooks it, like in Santiago last January when he was frankly an accident looking for somewhere to happen. The first of several were when he tagged the back of Maximilian Guenther’s BMW in the opening minutes. While others were carefully finding the limits and exploring the newly surfaced track, Rowland was getting his elbows out.

In the races the pair have had some of the choreographed strategic nightmares endured by many other teams. It bit Rowland at Marrakesh and in the fourth Berlin race too. That was when he initially felt aggrieved over deferring to his team-mate while running third and fourth in the race.

While Rowland felt he could have attacked the leading DS Techeetahs for the win, he was asked to hold position and then defer to Buemi for the final podium position late on in the race.

At Berlin in particular Rowland’s fury was merely heat of the moment and on reflection he believes that the way Buemi behaved after both races bolstered the respect between the two. 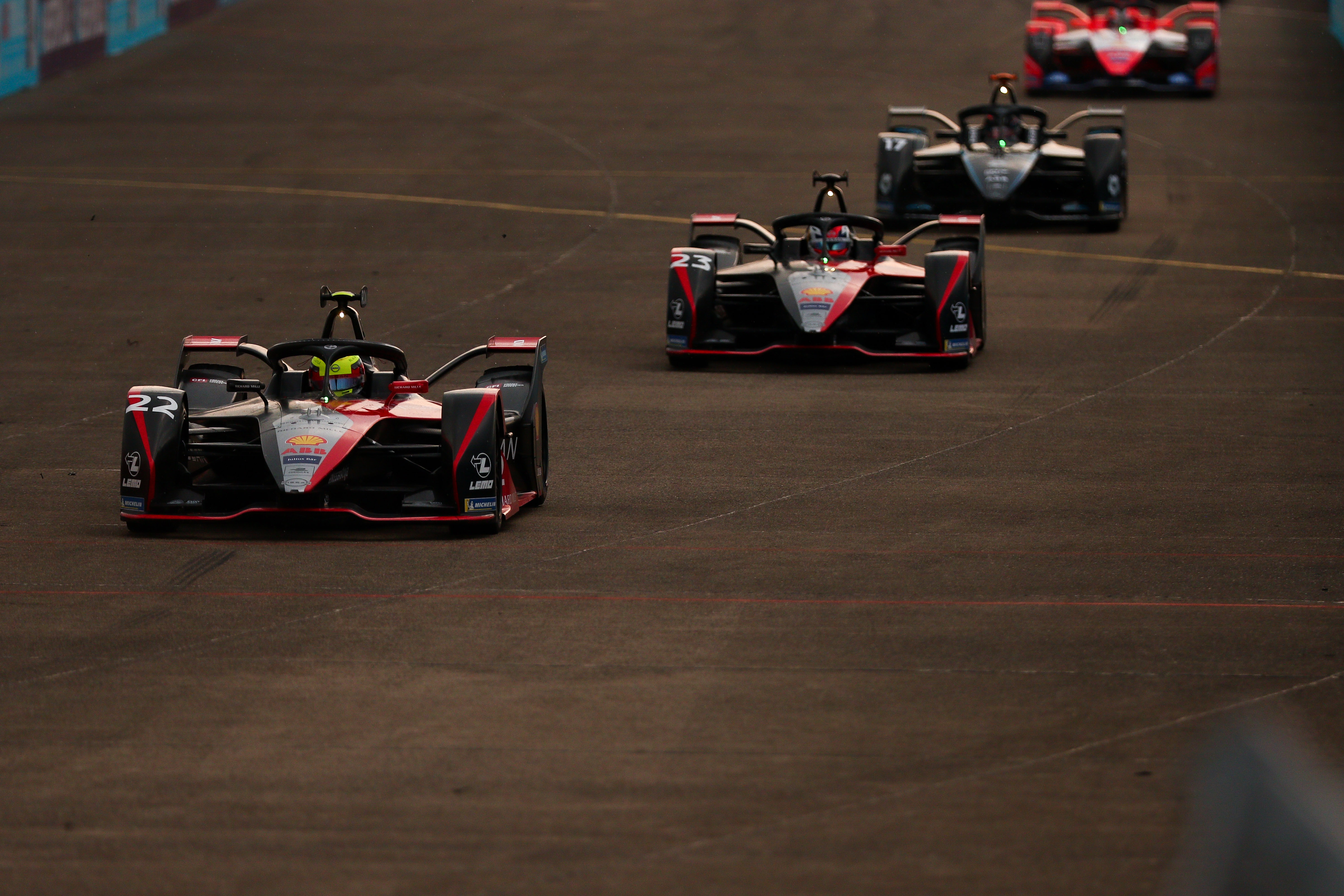 “There’s never an issue between us in terms of fighting as team-mates,” Rowland says.

“You know, that feeling you get with other team-mates, sometimes where they’re annoyed, if you’re faster than them, it’s just that if I’m faster, he’s there to work to beat me. And if he’s faster, I’m there to work to beat him, there’s no animosity. I think that comes from his age a little bit as well.”

Buemi “was almost apologetic towards me, and was grateful for what I did”, recalls Rowland.

This in itself settled down Rowland’s adrenaline-fuelled frustration quickly. Additionally, he was calmed by Buemi “not flashing his trophy around in front of him”.

“I don’t think he enjoyed that podium in Berlin as much as he probably would have done had he passed me without [me] being asked,” he says.

“And that was quite clear from him. So I think that makes a big difference when somebody comes and does this. I fully respect it.”

A few days after this affair, Rowland went out and wiped the floor with the opposition to score a conclusive first Formula E win and Nissan’s second.

Back at the Nissan edams garage the first person to congratulate him generously was a smiling Buemi. 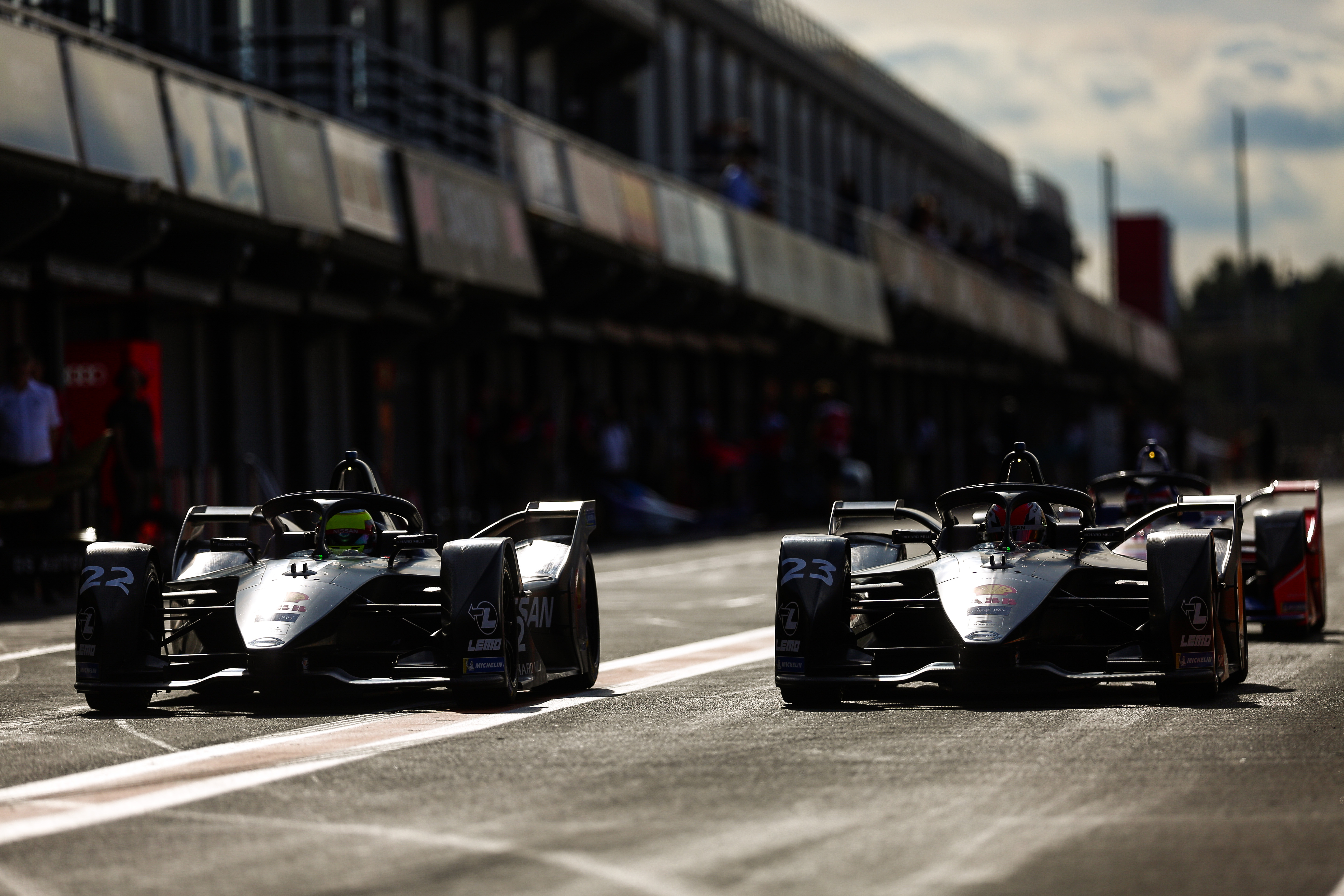