Oliver Rowland topped the opening Formula E practice session of the year at the Diriyah E-Prix as reigning champion Nyck de Vries prematurely ended his session after hitting the barriers.

Just over five minutes into the session, which is 30 minutes long instead of the previous 45 this season, Vries lost control of his Mercedes EQ over the bumps through the Turn 2/3 kinks and clipped the wall at Turn 4. 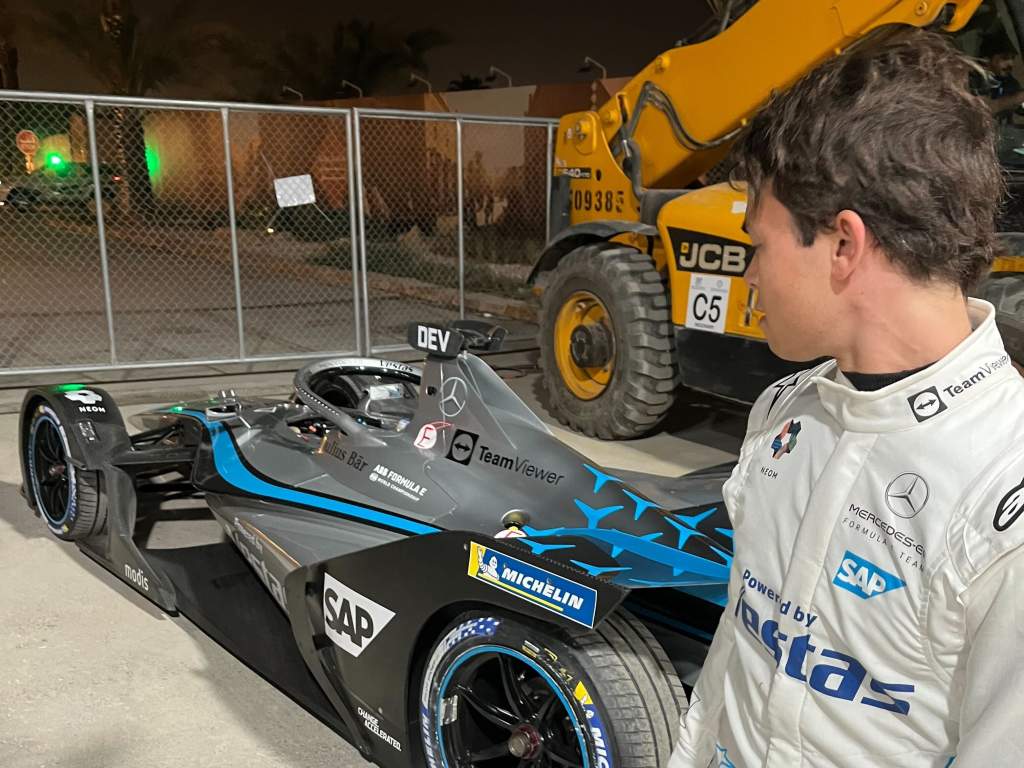 The damage he sustained from that contact forced him to pull his car off the track and he didn’t re-join the session.

“It was such a small and silly error and it was a light touch that’s all,” de Vries told The Race’s Sam Smith. “I’ve got some work to do now.”

Not the start the reigning World Champion would have hoped for…

It means de Vries will only have the 30-minute second practice session to prepare for the first qualifying session of the year.

On his first weekend since switching from Nissan to Mahindra, Yorkshireman Rowland was quickest in FP1, beating 2019-20 champion da Costa by 0.158s with a last-minute effort.

Rowland topped the session on a 1m10.559s, well over two seconds slower than last year’s pole position laps as the drivers struggled for grip on the dusty Diriyah circuit.

Jaguar’s Mitch Evans rounded out the top five ahead of Venturi’s Edoardo Mortara and the leading Porsche of Pascal Wehrlein.

The top 10 was rounded out by Envision’s Nick Cassidy, while Dan Ticktum was the quickest of the rookie trio for NIO 333 in 13th place.

Formula 1 convert Antonio Giovinazzi and Andretti’s Oliver Askew were the two slowest drivers to set a representative time in 20th and 21st, with de Vries at the bottom of the timesheets.