Porsche will conduct a thorough investigation into its disastrous Marrakesh Formula E race, though it has already identified some of the issues behind its lack of race pace.

The team that took a breakthrough 1-2 in the Mexico City E-Prix in February has now accrued just 10 points from the last three races, slipping to 89 points behind leader Venturi in the teams’ standings.

In Marrakesh, Pascal Wehrlein tumbled from fourth on the grid to 18th before getting back to a dejected 12th place and team-mate Andre Lotterer was 15th having had his qualifying times disallowed. Both finished over half a minute from the front.

Wehrlein, who started fourth on the starting grid, got away slowly and appeared to have an issue in the early stages of the race.

He came under fire for what Jaguar’s Mitch Evans described as “really dangerous” defence moves on the opening lap as the pair almost clashed battling over fifth position. 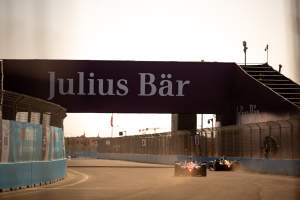 Once the Jaguar was past the Porsche, Wehrlein dropped down the order alarmingly.

Porsche’s Formula E director Florian Modlinger initially told The Race there was “a concern that he had not full power at the start and for the first lap”.

It was then discovered that Wehrlein’s car was switched off longer than normal on the dummy grid meaning that the battery went through a re-initialising mode prior to the start of the race and was effectively still in the process of fully resetting itself when the race began.

“When the car is switched off longer than 300 seconds, then the battery temperature model re-initialises itself and gets new start parameters,” explained Modlinger.

“From that time, people are not aware of this, that it happened on the grid before we went into the race.

“We were surprised that Pascal reported already at the start that he had not enough power, you could see he could not take off off the line.

“And by this amount of the higher end-of-race predicted temperatures, we had to take measures and measures to bring this value down again.”

Wehrlein was able to re-establish some pace in the later stages to fight back up to 12th.

Team-mate Lotterer already faced an uphill task after an issue with a faulty sensor compromised his qualifying session. He’d earlier needed a steering rack change in practice, and then the sensor problem meant he didn’t quite manage to get out within the mandatory six minutes of his qualifying group starting so had his times disallowed.

Lotterer made some progress but felt that the team’s strategy was “too conservative” throughout the race.

“I think it was not a normal race due to the high temperatures and everyone trying to figure out how to manage the battery counter measures,” Lotterer told The Race.

“In a normal situation you would save energy at the beginning like Mitch did two years ago and have a higher target to overtake because it’s easier to overtake here but on this track today with those temperatures it was not really an option to do that.

“We tried the best we could with managing our own race, but I think we were a bit too conservative and in the last two laps we had a lot of energy available. It was actually a bit too much.

Lotterer, who prior to Marrakesh had been the best average qualifier over the whole field, felt that he could have used more energy earlier in the race to make quicker headway through the pack. 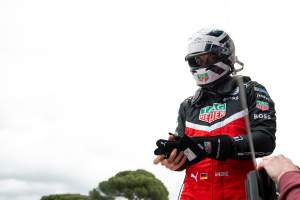 The Porsches had conspicuously more useable energy than the cars around them in the closing stages, with Wehrlein at one point having 3% more energy than his rivals.

That led to speculation Porsche had elected to take a gamble on the 45 minutes plus one lap race distance turning out to be one lap longer than rival teams expected, and consequently saving too much energy.

“We were not racing in the bubble,” he said. “It was more just managing the consumption more or less relative to what the temperature of the battery was doing.”

The non-score leaves Porsche in fifth position in the teams’ standings, although it has scored 46 more points than it had at the same stage of last season.